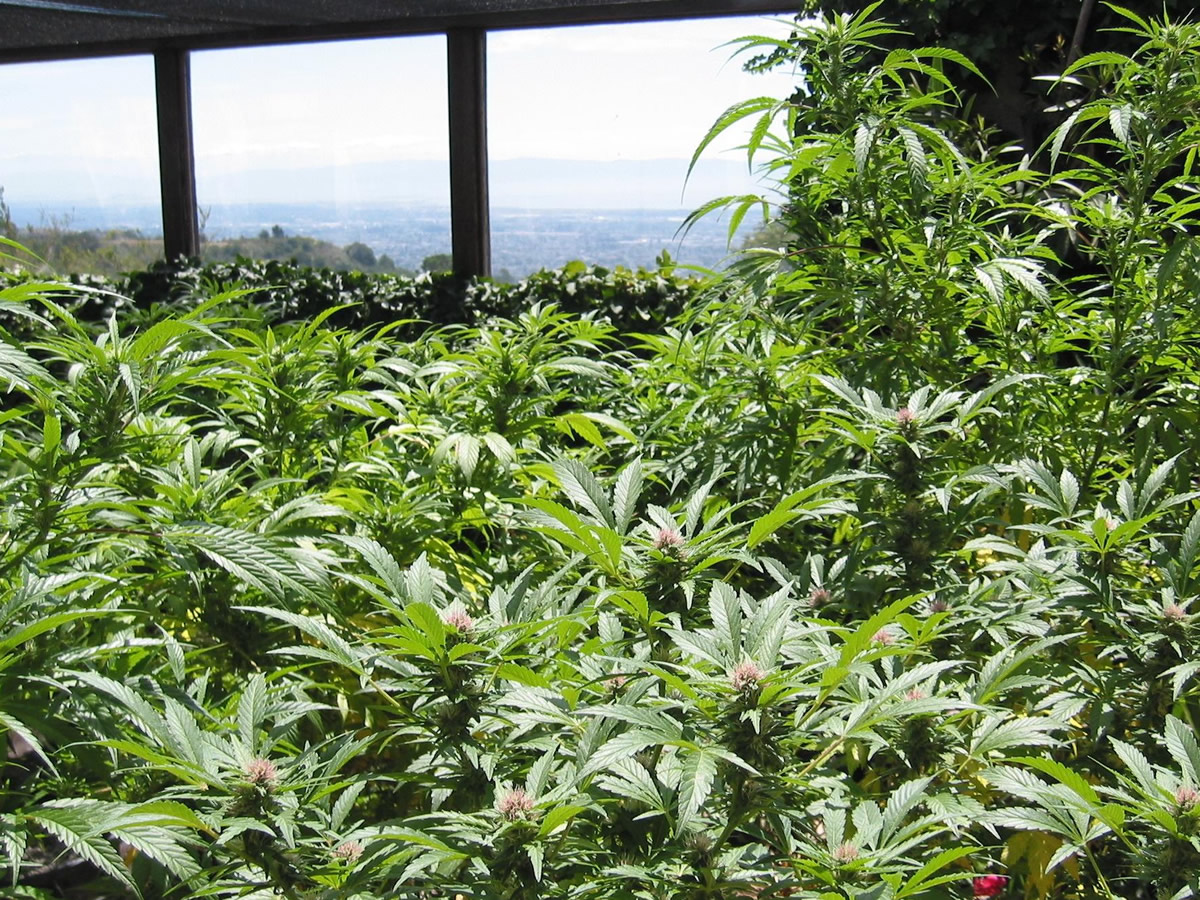 The claim is that hydrponics “chemical” nutrients store in marijuana plants and can influence the taste and purity of buds, resin glands, and terpenoids.

At the time, I was a hydroponics marijuana grower using General Hydroponics nutrients.

General Hydroponics told me to use their flushing product to purge their fertilizer salts out of my cannabis plants before harvest.

They said that their products could store in plant tissues, which is why you need to purge the fertilizer salts.

So maybe there was something to this idea of crop pollution coming from synthetic hydroponics fertilizers.

I started using the only hydroponics nutrients made for marijuana. They’re made by Advanced Nutrients.

Advanced Nutrients makes a great product called Flawless Finish that removes all kinds of contaminants from crops, including heavy metals, which are most commonly found in soil and are taken in by cannabis plants.

In fact, hemp plants are so good at sucking in toxic chemicals from soil that they’re used as “cleaner plants” that detoxify polluted soils, including soils polluted by nuclear accidents.

As I heard people argue about organic marijuana versus hydroponics marijuana, I was puzzled by the fact that science doesn’t support the organic advocates’ claims, and neither does my own extensive experience with marijuana growing and inhaling.

I’ve taken horticulture courses, and I knew the basic fact that the organic folks don’t seem to understand:

“All green plants have the ability to manufacture their own food by using energy derived from the sun to combine chemical elements, taken up in the inorganic ion form.”

In other words, all nutrients are taken in as inorganic chemical elements, whether the plant is sourcing them from soil or from synthetic hydroponics nutrients.

After the plant has taken in the INORGANIC CHEMICAL NUTRIENTS, it then processes them into organic compounds.

We must also recall hearing of vegetables and fruits recalled because organic fertilizers contaminated them with diseases that harm humans.

When I’ve smelled many of the organic and natural fertilizers sold at grow shops that are being used for marijuana growing, I’ve been afraid to use those products because they smelled like shit.

Which is why it’s weird when organic marijuana advocates told me crop pollution from synthetic hydroponics nutrients could make your buds burn poorly and taste bad.

Allegedly this could not happen in soil because soil is “natural.”

It also looks like the debate about organic marijuana versus hydroponics marijuana is missing some key topics.

The important concerns for most serious marijuana growers are: how easy is it for me to grow my marijuana plants without any complications, how can I use feed programs to boost growth rates and yield, how can I get the most resin glands per gram of crop weight?

Along with that is another important goal: to make sure my marijuana buds are as potent, sticky, smelly, tasty, and clean as possible.

To be honest, I’ve never seen evidence that organic marijuana is more pure, tasty, or potent.

But most organic soil marijuana growers admit that cannabis properly grown in hydroponics will grow faster, mature earlier, and produce heavier harvests when compared to organic or other types of soil growing.

I have complete control over what goes into my marijuana plants, so I maximize growth rate, potency, and yield.

You can’t do that with organic growing. You don’t have the control.

What really annoys me is when I hear people saying that organic bud makes better solvent extracts. It shows that the organics people don’t understand how solvent extracts are made and processed.

Whether it’s butane honey oil, C02 extraction, or other solvent processes, the cannabinoid extraction process purges all crop pollutants, leaving you only with cannabinoids and some other cannabis-specific compounds while excluding all other compounds that could affect taste and quality.

Of course I agree with “organic” marijuana growers that you should NEVER use chemical pesticides, fungicides, mildewcides on your crops, especially in bloom phase.

The question is: are cannabis growers using organic, totally safe preventive and remediation materials when it comes to pest and disease control.

When a marijuana grower sprays chemical poisons on their crops or uses systemic root zone poisons, that DOES transfer into the crops and it may be hard to remove some of the potential harms of those poisons.

But whatever you spray on your marijuana during bloom phase, whether it’s organic or not, will stay on those buds and you’ll probably be smoking it.

I’ve grown fantastic buds using organics in soil. I know all about the fun of growing organically.

What you really have to acknowledge is that organic soil marijuana growing involves a lot of guesswork when it comes to nutrients delivery.

I don’t love guessing at the soil pH or wondering if the supersoil recipe I’m using is giving my marijuana roots the nutrients and pH they need.

So I’m here to ask organic marijuana fanatics to dial back their slagging. Hydroponics marijuana grown using Advanced Nutrients and properly flushed is heavier, more loaded with cannabinoids, and earlier-finishing than organic marijuana, and it’s just as clean and safe to use too.

For more on the organics versus hydroponics marijuana debate, check this article:

How to Grow Marijuana Organically…But is it “Better Than Hydroponics?”