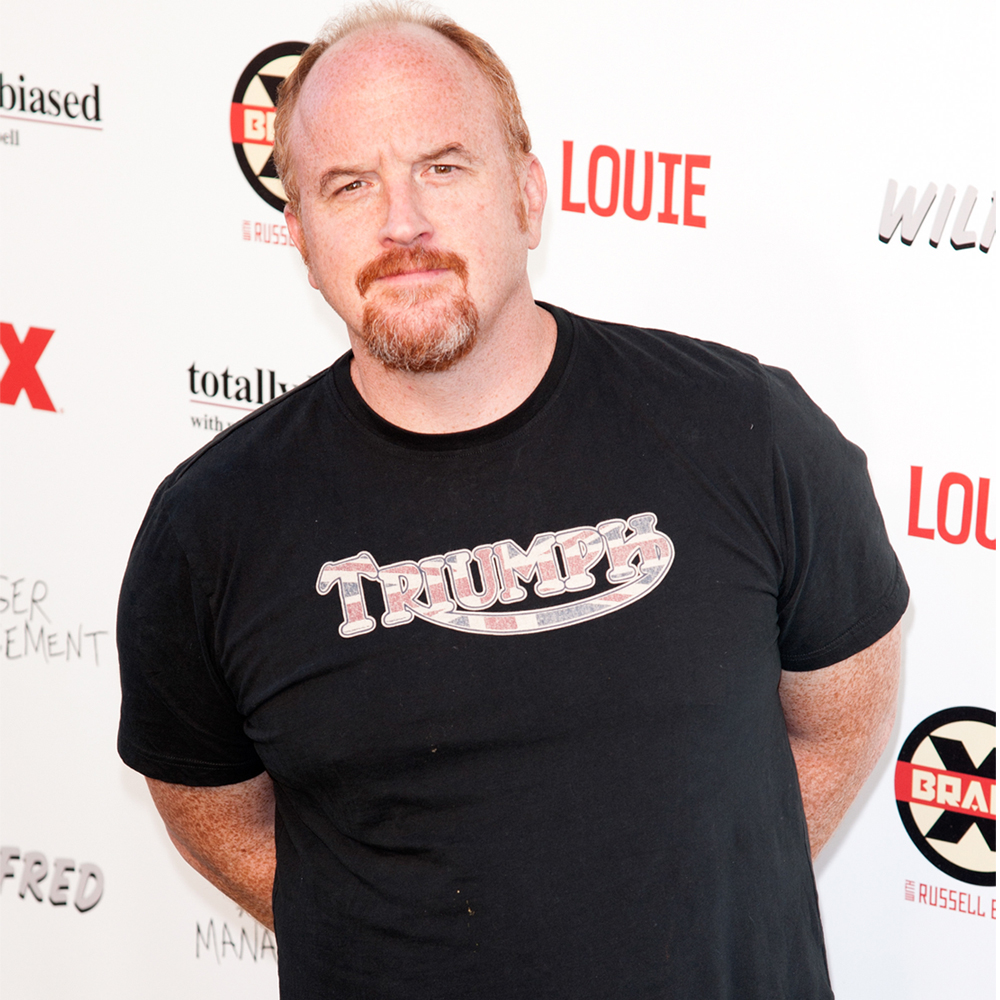 Louis C.K. is one of the world’s most popular stand-up and television comedians.

What he said recently about getting “too high” on modern mega-potent marijuana is more than just funny–it’s accurate.

Louis C.K. is no stranger to personal and political controversy.

When he was a guest on the Opie and Anthony radio show, he even asked former Secretary of Defense Donald Rumsfeld if Rumsfeld was an evil “lizard!”

As a professional marijuana grower, I agree with Louis C.K. saying today’s marijuana IS stronger than marijuana from past decades.

And we as marijuana growers and breeders can take credit for that.

Here’s why Louis C.K. is right about marijuana potency, and why what he says is a compliment to our marijuana growing community…

First off, remember that in the 1960s and 70s,  marijuana was grown mostly in Mexico and other Third World countries.

Old school marijuana was often seeded. The seeds took up a large portion of floral weight.

The sinsemilla technique creates pure, unseeded flowers that swell up unfertilized, piling on more and more THC and other resins.

This stuff was full of seeds, stems, and sometimes even had male flowers.

You could get an ounce of the finest Colombian Gold for $20.

But when you “cleaned” that ounce to remove seeds, stems, dirt, and other contaminants, it became a lot less than an ounce.

So some marijuana smokers smoked everything in the bag, which meant they were smoking low-THC material along with high-THC material.

Worse yet, old school marijuana was most often picked wet, doused with water or sugar, subjected to heat, bricked, and shipped thousands of miles.

These improper handling procedures degraded the potency so THC was compromised and there were higher levels of other cannabinoids (such as CBD and CBN), that limit rather than potentiate the THC high.

The overall marijuana flower THC percentages, measured in the 60s and 70s by government testing and other marijuana testers, was in the range of 3-7% even for the best marijuana.

This was comprehensive testing done by the government of hundreds of pounds of marijuana seized from busts all over the world.

The cannabinoid percentages of old school marijuana never came close to what you see today.

That’s why in the old days, you could go see Pink Floyd doing Dark Side of the Moon live, smoke an entire ounce of Colombian Gold, enjoy it, but not be as high as you’d now get from one hit of modern OG Kush or a tiny dab of cannabis concentrates.

Back in the day, hashish was pretty much the only concentrated cannabis you could get.

Today, growers and processors use solvents, icewater, C02, rosin, and chemistry techniques to make concentrated dabs cannabis products that can be as much as 99.9%

You only need a fraction of a gram of those cannabis concentrates to be inhaling as much THC as you can get in several grams of marijuana buds.

Today’s marijuana is domestically-grown, picked at the height of resin gland size and THC percentages, properly dried, cured, and stored.

Today’s marijuana is the result of 50 years of progress in marijuana botany, hydroponics nutrients, breeding, strain development, and growing techniques.

Take it as a compliment that today’s marijuana is stronger than what people like Louis C.K. smoked when they were teenagers many years ago.

And here’s another thing Louis C.K. gets right: as your brain and body get older, they have a harder time processing THC and other cannabinoids.

When you watch Louis C.K. hilariously recall using marijuana with young fans in a parking lot after a comedy show, you hear him describing the zoned-out, paranoid, catatonic, couch-lock, hallucinogenic effects that older marijuana users can feel when they take massive 1970s-style hits off of today’s mind-bending super-weed.

What can Louis C.K. do so he enjoys marijuana more and doesn’t feel so overwhelmed by mega-potent modern bud?

For starters, he can read this article on managing your marijuana high and using marijuana successfully so it’s more fun and less overwhelming.

He needs to learn to titrate his dosage so he starts with a very small inhalation, and then waits a few minutes to see how high he got.

My hope is that eventually Louis C.K. gets to the point where he enjoys multiple hits of Tangerine Kush, Chocolope, Jack Herer, Sour Diesel, Golden Goat, Haze, Granddaddy Purps, Timewreck, and all the other incredible marijuana strains that have been developed in the past 20 years.

Right now I’m taking hits of Girl Scout Cookies dry sift, and watch the Louis C.K. Oh My God and Chewed Up comedy specials, along with clips of him from Parks and Recreation, Louie, Lucky Louie, and his work with David Letterman, Chris Rock, Dana Carvey, Opie and Anthony, and Conan O’Brien.

I’ll be on the floor convulsed in laughter listening to Louis C.K. as soon as I stop writing this article, but he’s so funny and crazy, you don’t even have to be high on marijuana to laugh wildly at his comedy.