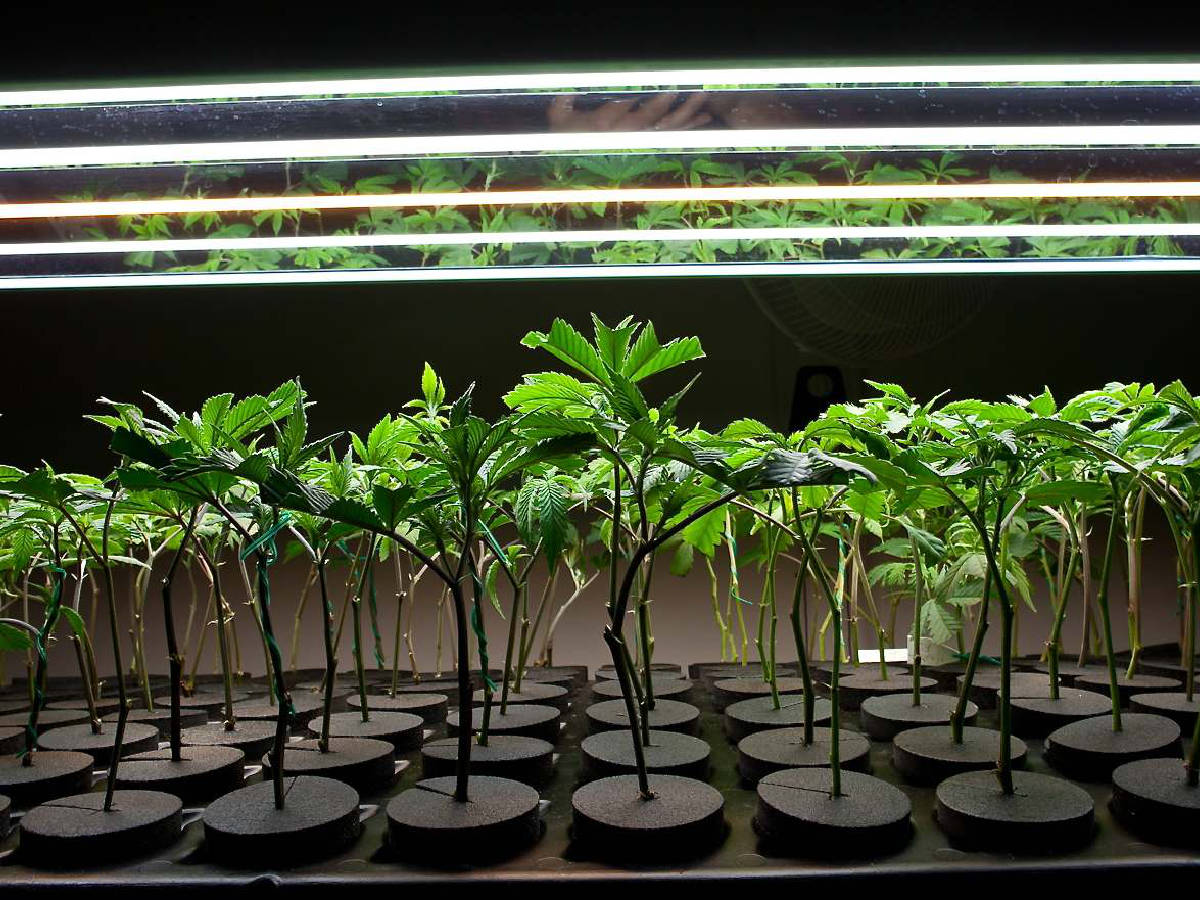 I’ve been observing the differences in how growing marijuana clones and seedlings works for me.

The benefits of clones include that you know exactly what strain of cannabis you’re going to be growing.

Individual clones may not all grow exactly alike, but they’ll grow more alike than seedlings will, and they’ll all be female.

If you buy clones that are already well-rooted, you save 2-3 weeks of growing time.

If you’re taking cuttings from your own motherplants, growing marijuana from clones gives you the advantage of not having to bring clones in from external growers.

When you make your own clones, you control clone hygiene.

You know the performance, bud quality, and growing traits of your marijuana motherplants.

Clones sourced from outside your own motherplants might carry pests or diseases into your hydroponics grow room.

None of these problems are present when you grow marijuana from seed.

Seeds and seedlings rarely if ever inject pests or diseases into your marijuana grow op.

Sure, if you get new clones from an outside source you can dip them in poisons to kill spider mites, thrips, aphids, fungi, molds, and other bad stuff.

But some clones come with hidden problems you can’t see or stop…such as the dreaded tobacco mosaic virus.

When I’ve had grow room problems including pests, diseases, or environmental failure, I see that marijuana plants grown from cannabis clones are more susceptible to problems, slower to recover, weaker, less likely to get back to full strength and give me the yields I want.

Seed-grown marijuana plants are stronger than clone-grown, especially if clones are taken from aged, inferior, or diseased motherplants, no doubt about that.

Germinating marijuana seeds is slightly easier than taking cuttings and rooting them, and requires slightly less equipment and care than cloning.

If you grow from “regular” cannabis seeds (instead of feminized seeds), some of your seedlings grow out to be males.

Another issue with growing from cannabis seeds is the seeds won’t produce identical plants as well as clones will.

You could germinate ten regular marijuana seeds, five of them turn out to be female, and then you get two or more different phenotypes in that batch of five females.

You get variation in how those marijuana seedlings grow, and in their cannabinoid profiles.

On the other hand, you could view phenotype variation as useful because it means you get to pick your favorite variation for breeding and/or for motherplants.

One big advantage if you grow plants from regular marijuana seeds is you use the males to breed your own strains of marijuana.

You use pollen to make huge amounts of marijuana seeds by pollinating the females of any favorite strain you’ve got.

You get the benefit of creating your own marijuana strains, and hundreds of seeds…freeing yourself from having to buy any, or as many, cannabis seeds from breeders or seed sellers.

You could even start your own marijuana seed selling business!

The other thing about always relying on clones is that cloning marijuana does nothing to enhance the marijuana gene pool.

Plant species survive best when they’re constantly having natural reproduction that mixes genetics from a variety of strains.

The more that marijuana growers rely on clones, the less genetic diversity there is in the marijuana gene pool.

So growing marijuana from seeds gives you the chance to create your own marijuana strains, and also to enhance the marijuana gene pool to make it stronger.

My tactic is to grow marijuana from clones and from seeds, with the majority of my crops grown from cannabis seeds.

That way, I get the best of both worlds.

And if I had to choose between growing marijuana only from one or the other, not both, I’d choose to grow cannabis from seeds, not clones.