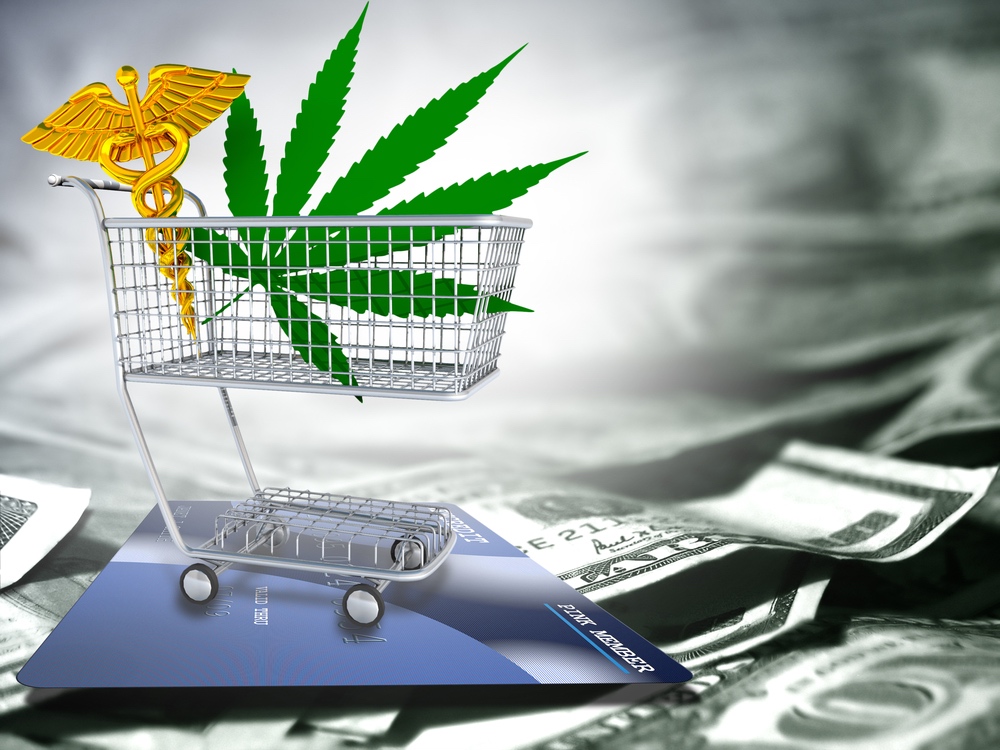 For many cannabis business owners and growers, the days of spraying Febreze on cash stacks to mask the scent of the plant, or running to the grocery store to make thousands of dollars’ worth of money orders before going to the bank, is becoming a thing of the past.

That’s because, more than ever, traditional banks and financial institutions are choosing to work with legal marijuana companies, realizing the $7 billion industry provides not only profit, but stability and potential.
“There has been a huge rush nationwide this year for marijuana banking,” says Sundie Seefried of Colorado-based Safe Harbor Private Banking. “I truly believe we’re nearing a tipping point.”

Seefried, who launched Safe Harbor, a subsidiary of Partner Colorado Credit Union, in 2015, specifically to serve cannabis clients, says the program is banking more than $100 million per month from marijuana companies across the 29 states in which medical or recreational cannabis is now legal. In compliance with Colorado state laws, Seefried says the bank caps new marijuana clients to a dozen per month. That includes cultivation and production facilities in addition to dispensaries, paraphernalia companies, and just about everything in-between.

Demand for a Safe Harbor account over the past two years has increased steadily as well. Seefried says more than 1,000 companies have expressed interest in opening an account, while many more remain on a waiting list.

While Seefried’s Safe Harbor leads the way, several other banks are also already operating or at least moving through the court system to open their doors to marijuana companies. Among them, Maps Credit Union in Salem, Oregon openly serves cannabis companies whose owners already use the financial institution for other business purposes. And Denver-based Fourth Corner Credit Union is months away from getting the greenlight for a master account with the Federal Reserve Bank of Kansas City, after an appeals court threw out a 2014 ruling that blocked the credit union from doing so.

According to Maps Credit Union spokesperson Jennifer Schmelling, the institution serves nearly 400 clients across Oregon, up from 150 in 2015. That growth, spurred by the implementation of recreational marijuana early last year, has brought “a completely new dynamic” to the bank’s portfolio — resulting in $140 million in cash deposits.

“We wanted to keep our existing members here with us,” Schmelling explains.

Figures from the US Department of the Treasury estimate that as of 2016 more than 300 financial institutions across the country now offer some form of services for marijuana clients. That’s up from about 50 institutions in 2014.

Denver-based Corin Marchault of Platte Valley Dispensary is one such proprietor to store his earnings in a credit union. A member of Safe Harbor’s program since February, Marchault says having a place to park his cash earnings each month has allowed him to “take a deep breath.”

Marchault says he continues to pay other expenses, like employee salaries, facility costs and wholesale marijuana purchases in cash to limit the amount he keeps at Platte Valley Dispensary before going to the bank to deposit each week. But instead of sitting in a safe, his cash can now be transported to safety.

“It’s a huge benefit and it helps us operate more smoothly,” Marchault says.

Despite having access to a credit union, nearly all dispensaries are barred from making credit or debit card sales, because major card providers are still not operating in the cannabis space.

Cannabis Wasn’t Worth It For Some Banks

While more financial institutions are finding success in their partnerships with marijuana companies, others have dabbled in the partnership and eventually walked away. Jason Awad of Las Vegas-based First Security Bank of Nevada once offered banking for those in Nevada’s medical marijuana industry before the plant became legal last year for recreational use. But after a year of paying seven extra staffers to help make sure his 120 marijuana clients didn’t violate the many “tedious” state laws governing the industry, Awad decided cannabis wasn’t worth the effort.

“It came down to the added costs and then we were getting more visits from the FDIC [Federal Deposit Insurance Corporation],” Awad says. “It just makes it more difficult for us to operate on a day-to-day basis.”

Schmelling of Maps Credit Union insists her company, too, had to invest in a dozen or so new staffers when they first took on the cannabis industry in 2015. Maps, like other credit unions, must also report cash deposits of more than $100,000 from marijuana-related accounts to the US Treasury.

Dispensary owner Neil Demers of Denver-based Diego Pellicer says that while cannabis banking has become ever more popular, marijuana clients’ biggest complaints lie with the large fees financial institutions charge for using their services. Demers says charges on deposits alone can be as much as 10 percent.

The fees, Demers explains, likely come as a result of high demand for such banking, and that a secure place to store hundreds of thousands of dollars in cash is a luxury “everyone in the industry wants to have.” But as more marijuana clients and banks alike continue to enter the market, he expects such charges to shrink.

The ultimate solution, agree Demers, Schmelling and Seefried, is a change in federal law to move marijuana off the Drug Enforcement Administration’s list of Schedule I drugs. But as long as the federal government threatens the plant, most if not all federally insured banks will proceed with caution before inviting the cannabis industry through their doors.

“The long-term answer lies on the federal level,” Demers says. “But in the meantime, this is a great start.”