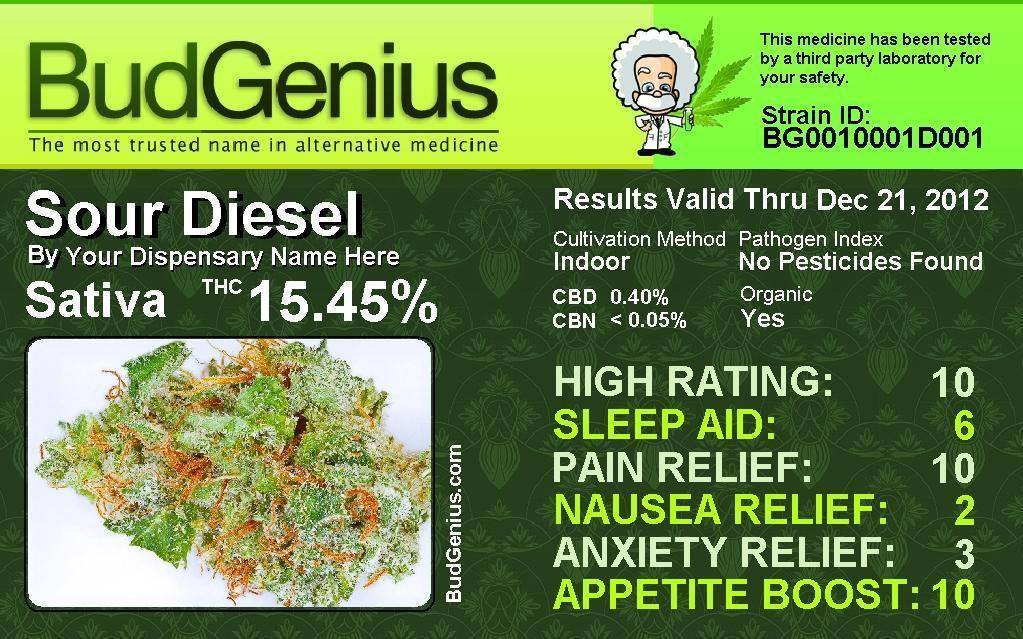 By Steve Davis | Published: October 28, 2011
In our previous article, we explained how marijuana laboratory testing is providing us new information that helps growers and tokers get way more from marijuana than they ever imagined.

At the heart of these discoveries are marijuana testing laboratories using high-tech equipment that analyzes marijuana’s quality, purity, potency and cannabinoid effects.

But as a recent California NORML (National Organization for the Reform of Marijuana Laws) study points out, some marijuana testing labs aren’t producing accurate results.

Fortunately, Big Buds has an inside track to one of the most-respected marijuana labs, California’s BudGenius laboratory. BudGenius is a leading innovator, especially in its proprietary method of providing information to dispensaries and patients. They even issue “bud cards” that could be traded like baseball cards, featuring potency data and scintillating photos of the kindest herb.

Big Buds: Angel, start by giving Big Buds readers a summary of why marijuana testing is so important.

Angel Stanz: Marijuana testing shows that the medical marijuana industry regulates itself to provide crucial data about marijuana. Lab testing reveals whether a sample is contaminated or safe. It also tells you what cannabinoids and other compounds are on board.

Patients use this information so they can better predict how marijuana will help them, and so that they know their marijuana is free of harmful pathogens, residue, pesticides, and debris. Growers use lab data to monitor and upgrade their cultivation techniques.

Big Buds: Many of us have seen marijuana lab reports listing levels of THC and a couple of other cannabinoids. Looks to me like BudGenius is going beyond that approach.

Angel Stanz: Knowing the levels of THC, CBD [cannabidiol] and CBN [cannabinol] is the tip of the iceberg. You could have two strains of marijuana with almost-identical numbers in those categories and yet they have very different effects.

Like, if I asked you how fast your car goes and why is it so fast, and you told me “It’s a Chevy,” that doesn’t answer my question very effectively.  So when a patient asks, ‘How will this medicine affect me? the answer shouldn’t just be: ‘It’s an Indica.’ The answer should be: this was lab-tested, here are the cannabinoids, here’s what we know about their effects.

Big Buds: You’re saying it isn’t as simple as just believing you’ve got an Indica or Sativa, or a particular marijuana strain.

Angel Stanz: Correct. Every marijuana effect is created by the bud’s chemical components. Strain names are a nice way of referring to medicine, but with the vast cannabinoid variations that occur due to hydroponics or outdoor environment, and strain genetics, a strain name should never be used as the sole reference for determining effects.

The only exception would be a strain grown by a totally reliable, professional grower. Then you could probably rely on consistent effects from that exact strain and exact grower. But even then, there should be a comprehensive series of tests to ensure consistency in the growing environment and cannabinoid numbers.

I can’t stress this enough: strains with the exact same name vary significantly from grower to grower and also from harvest to harvest from the same grower. Proper medicinal testing requires having each batch tested for all of its medicinal components.  It’s the psychoactive components in the marijuana that determine the effects, not just its genetics or strain name.

Big Buds: So relying on strain names is unwise?

Angel Stanz: There’s  no guarantee that something called ‘Skywalker OG’ is truly ‘Skywalker OG.’ I’ve been inside a collective’s back room when the owners received a boutique strain or unknown marijuana. They said, ‘Just call it Skywalker OG, and put in on the shelf, because it’ll sell better with that name.’

It’s sad, but true, and please note that BudGenius no longer works with that particular collective. It’s also true that BudGenius testing is the great equalizer for patients, so you know exactly what you’re putting in your body.

Big Buds: Let’s change track and talk about the nuts and bolts of marijuana testing.

Angel Stanz: Most labs use one of two methods: gas chromatography or high-pressure liquid chromatography. That’s GC or HPLC. In GC testing, you soak the plant material in a liquid. The cannabinoids transfer from the marijuana material into the liquid. This liquid is placed into a machine which takes a very small sample of this liquid, heating it to a very high temperate over a period of time. Each cannabinoid ‘reacts’ at a different time and temperature so each to be tracked individually. The cannabinoids aren’t really ‘measured’ though; they are ‘compared’ to an existing test calibration performed earlier. This is why calibration procedures and equipment maintenance are incredibly important. If calibrations aren’t performed correctly and often, the lab’s standard of measure goes awry and results become inaccurate.

Angel Stanz: We make sure that our readings are totally accurate. At our lab, many times per day we calibrate our machines by using what’s known as a ‘standard.’ The standard is a predetermined cannabinoid liquid purchased from a third party supplier. We also follow a careful, detailed, painstaking procedure every time we test a marijuana sample. Accuracy is everything for BudGenius.

Big Buds: The California NORML study raises troubling questions about the accuracy of many labs. What’s your reaction to the study?

Angel Stanz: The Cal NORML study is a welcome eye-opener to counter much of the disinformation that some HPLC labs are perpetuating. HPLC offers one actual advantage, related to gathering information for marijuana edibles testing. However, many HPLC labs use this differentiation as some sort of false Holy Grail in their marketing.

While I don’t deny the benefits HPLC offers, the benefits are much overstated by companies that use HPLC, which leads to misinformation and confusion. The fact is that GC is accurate and provides the information that growers and patients need.

The study also brings to light that not all labs are created equal. Some labs don’t maintain their equipment well. Or they don’t do the proper calibration and testing procedures.

Worse yet, some marijuana testing labs falsify data to pander to customer concerns. A dispensary may bring in a sample that has only 7% THC, but the dispensary expected it to come in at 14% or above. People ask to have their test results modified. Obviously, if you can say that a strain tested at 14% instead of 7%, that’s a better marketing position.

BudGenius has lost clients because we insist on accurately reporting results, and the client wanted falsification. Some labs are ok with falsification. We are definitely not.

Angel Stanz: We do not directly advise hydroponics growers about cultivation procedures, but lab testing can help them in many ways. For example, if growers test their crops at different points in the bloom cycle or during curing, they can see how the cannabinoids are changing over time.

Testing shows that even the smallest changes in CO2 levels or hydroponics nutrients levels can affect marijuana plants. Most growers think their procedures are very consistent, but testing reveals data marijuana growers use to improve their procedures and materials. And because we examine all samples to detect contamination, lab testing reveals problems that growers can correct so their buds are totally free of pathogens and debris.

Big Buds: What are the ultimate motivations and goals for BudGenius?

Angel Stanz: We’re building an interactive, predictive data engine that constantly increases the specificity and usefulness of data so patients, collectives and growers can get exacting data never before available. When people look at our website, they see a collection of data that you can’t get anywhere else. That’s our commitment to the marijuana community.

This means that instead of guessing how a particular sample of marijuana will affect them, they will be able to know way more about the marijuana’s likely medical effects.

Our main goal is to professionalize the database, testing, safety and effectiveness of medical marijuana. Marijuana is one of the safest, most effective medicines on earth, but research into cannabinoids has been deterred by official policies, and some labs are not doing a good job of testing.

BudGenius is dedicated to 100% accurate testing and assembling data so people can make totally informed choices to get the medical marijuana that’s best for them. Go to the BudGenius website and check out what we offer.