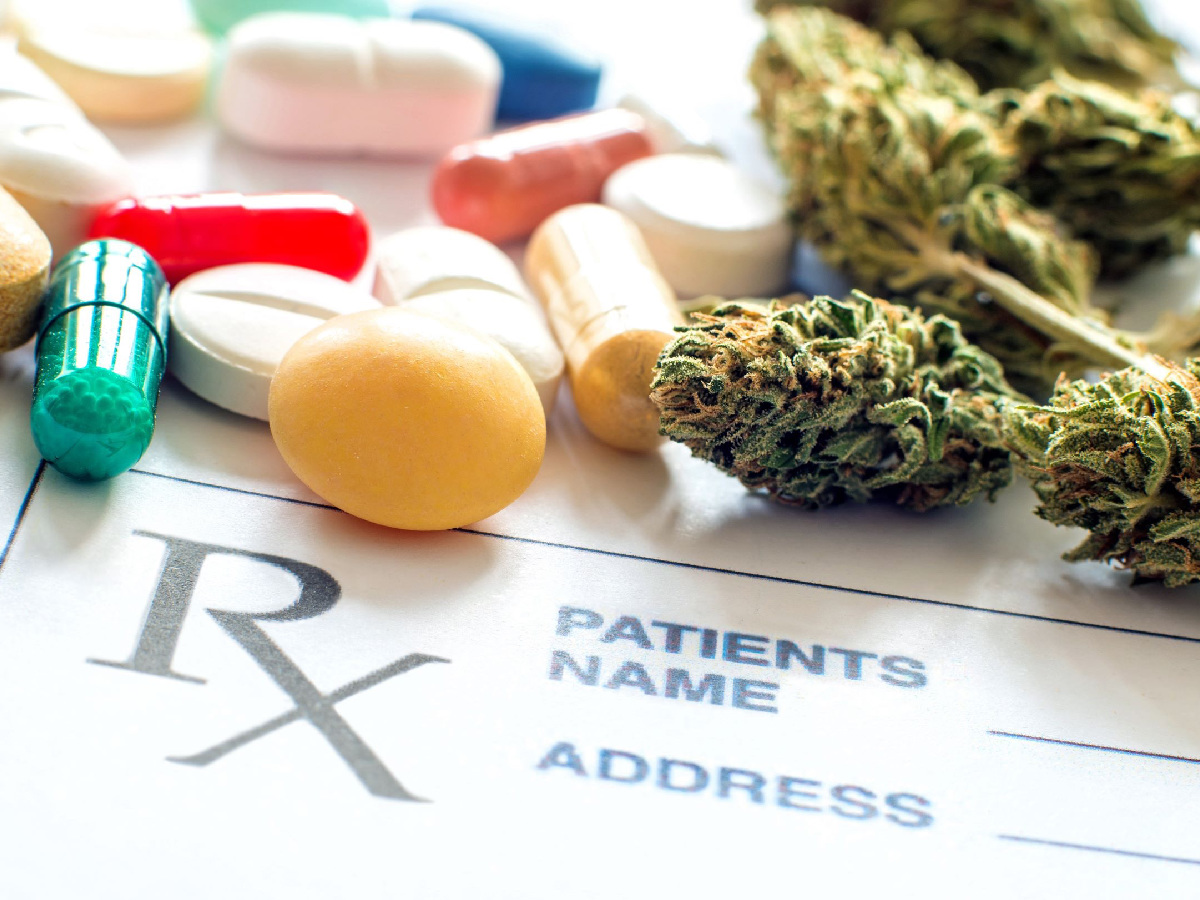 The 2016 US presidential election cycle was a productive one for pro-cannabis activists. Voters in California, Massachusetts, Nevada and Maine approved referendums that legalized recreational cannabis. In Arizona, however, a similar referendum (Proposition 205) was defeated, seemingly in defiance of pre-election polls that indicated it would pass.

Political analysts credited a strong last-minute push by an organization called Arizonans for Responsible Drug Policy (ARDP), which launched an aggressive, expensive and effective campaign that managed to convince enough voters to torpedo the proposition.

Even though Prop. 205 would have authorized the sale of cannabis products only to adults over the age of 21, television commercials produced by ARDP used scare tactics to convince parents that their children would be in grave danger if cannabis were legalized for recreational purposes. This emotional appeal provoked eye rolls in some circles, but it frightened enough moms and dads to allow the anti-legalization side to eke out a victory, with 51 percent of the vote.

ARDP had the backing of Gov. Doug Ducey, the Arizona Wine and Spirits Wholesale Association, as well as various police groups, but most observers agreed that it was a $500,000 donation from Chandler-based pharmaceutical company INSYS that made the decisive difference. It was this massive infusion of cash that gave ARDP the funds it needed to launch its final assault against a progressive cause that proved successful in four other states that year alone.

In light of rampant legalization and overwhelming support for medicinal cannabis from the American population, opposition by the pharmaceutical companies has largely abated. In recognition of this reality, many pharmaceutical companies (including INSYS) are now selling or developing their own cannabis-based medications, hoping to hop on board the gravy train before it accelerates away from the station.

But the movement to legalize cannabis unconditionally has yet to reach critical mass, which provides an opening for pharmaceutical companies that would like to stall and obstruct the progress of full legalization as long as possible. The move by INSYS to sabotage legalized recreational cannabis in its home state reveals the depth of the avarice that motivates pharmaceutical executives, who apparently view medicinal marijuana as a source of potential profits, but recreational marijuana as an existential threat. 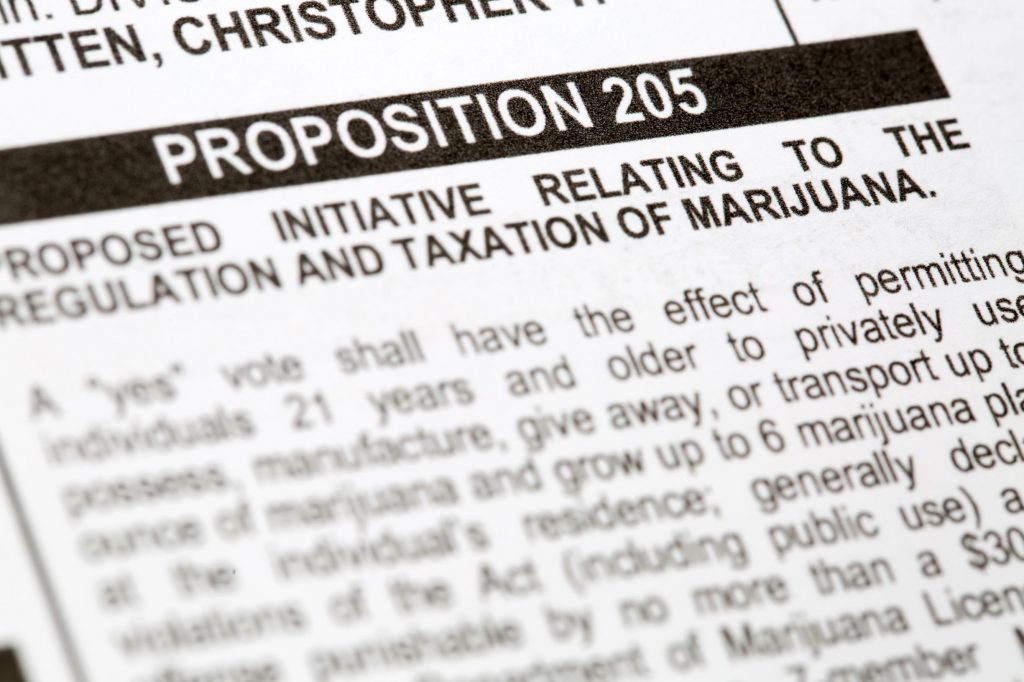 In a statement sent to the Phoenix New Times shortly after the $500,000 donation was announced, an INSYS spokesperson claimed the company opposed Prop. 205 “because it fails to protect the safety of Arizona’s citizens, and particularly its children.”

“Our stance is consistent with our company’s goals,” the statement solemnly intoned. “We strive to develop pharmaceutical products for the supportive care of patients while taking patient safety very seriously. To that end, we believe that all available medicines should meet the clinical standards set by the FDA.”

However, this alleged concern by INSYS executives regarding the health and welfare of people who may be exposed to marijuana hasn’t kept them completely out of the cannabis industry. Just eight months after leading the charge against recreational cannabis, INSYS announced the release of its own cannabis-based medication called Syndros, which is available by prescription in Arizona and all other states where medical marijuana has been made legal.

Taken via oral syringe, Syndros is the first liquid form of the cannabis medication dronabinol to receive approval from the FDA. It’s prescribed to relieve nausea caused by chemotherapy and to counteract severe loss of appetite sometimes experienced by HIV/AIDS patients, but INSYS undoubtedly hopes Syndros will be approved for other uses in the future after further testing is completed.

Not surprisingly, critics have suggested that INSYS’s opposition to recreational cannabis in Arizona was motivated more by its desire to squelch the competition than by any concern for the safety of children. Evidence has emerged in support of this contention in the form of a 2007 disclosure statement that INSYS was required to file with the US Securities and Exchange Commission while Syndros was in its early stages of development. After noting that dronabinol is one of the few synthetic forms of cannabis developed for medical use, the INSYS lawyer who composed this document came clean:

Legalization of marijuana or non-synthetic cannabinoids in the United States could significantly limit the commercial success of any dronabinol product candidate. … If marijuana or non-synthetic cannabinoids were legalized in the United States, the market for dronabinol product sales would likely be significantly reduced and our ability to generate revenue and our business prospects would be materially adversely affected.

What the INSYS representative is acknowledging here is the fact that many people with health issues will choose self-medication with natural cannabis over medically prescribed synthetic substances — even when those products contain cannabis. And they will do so for reasons of cost, or because they fear the side effects of pharmaceutical medications, or because they have knowledge of the enormous benefits of non-synthetic cannabis, or because they prefer to not give their money to pharmaceutical companies when other alternatives are available.

The concerns of INSYS don’t stop with its dronabinol product. While the company is relatively new to the medicinal cannabis field, it has a well-established presence in the marketplace for opioid painkillers, where competition from cannabis has been feared for a long time. Like opioids, natural cannabis products can help relieve chronic pain, but they do so without causing addiction or fear of overdose — another reason why companies like INSYS are working hard to limit their availability.

INSYS And Opioids: A History Of Unethical Behavior

INSYS Therapeutics made its fortune and reputation by producing a fentanyl-based opioid painkiller called Subsys, which is sold as an oral spray that can be quickly absorbed into the bloodstream for pain relief, delivering a concentrated burst of fentanyl that is 50 to 100 times stronger than an equivalent dose of morphine. Its potency makes it inappropriate for regular consumption, but Subsys has been approved for use by cancer patients who suffer sudden and unpredictable outbreaks of severe pain.

Despite the company’s proclamations about the importance of drug safety, executives and representatives at INSYS have flagrantly disregarded these guidelines for years. Reflecting a company culture that puts profit margin first, it went to extraordinary — and mostly illegal — lengths to see that Subsys was administered to patients who didn’t have cancer and would be at a high risk for addiction if they used fast-acting and high-potency fentanyl products regularly for chronic pain.

In 2017, several INSYS executives, including founder and longtime CEO John Kapoor, were charged with fraud and racketeering by US prosecutors for engineering a massive multi-state kickback scheme that paid doctors to prescribe Subsys to patients who should not have received it. These unscrupulous physicians often received their bribes under the guise of “speaker’s fees,” which they were paid for attending lavish parties billed as medical conferences. Phony cancer diagnoses were reported to insurance companies to help cover this illegal activity, and many of the patients who ended up with Subsys prescriptions for chronic pain were subjected to direct pitches from INSYS representatives who were allowed to participate in care-planning meetings with physicians and clinical staff.

In addition to its problems with the feds, INSYS has also been hit with a slew of lawsuits filed by state attorneys general for the same type of behavior — bribing doctors, lying to insurance companies and marketing drugs directly to patients. Many patients developed severe opioid addictions after being prescribed Subsys for conditions other than cancer, and in at least one instance a young woman died from a fentanyl overdose after taking the drug for head and neck pain.

So far, the company has settled lawsuits in Oregon, Illinois, Massachusetts and New Hampshire for a total of $9.45 million in penalties. There are still suits pending in Minnesota, Arizona, New York, New Jersey (where the overdose victim lived), North Carolina and New Mexico, with more lawsuits likely to come in the months and years ahead.

Evaluating this behavior, it’s important to remember that all opioid medications are addictive, and that fentanyl is implicated in about 40 percent of the opioid overdose deaths that occur in the United States every year. When seen in this light, INSYS’s unethical behavior takes on a sinister tone that is difficult to deny, and the hypocrisy of an organization calling itself “Arizonans for Responsible Drug Policy” taking money from a company that has acted so irresponsibly is impossible to ignore.

INSYS is a company that has engaged in egregious business practices, and perhaps that makes it an outlier in the pharmaceutical industry (although, who really knows what other companies do behind closed doors?). But when it chose to intervene in state politics in Arizona to halt the progress of cannabis legalization, it was clearly representing the interests of the pharmaceutical industry as a whole, which is determined to maintain its medicinal hegemony over America’s for-profit health care system.

It’s sobering to realize that, despite bankrolling the anti-cannabis movement in Arizona, INSYS is a small fish in a pond filled with great white sharks. While INSYS earned $462 million from the sales of Subsys at the height of the drug’s popularity in 2015, the top 10 pharmaceutical companies measure their yearly earnings in the billions, giving them ample resources to practice their particular brand of sorcery inside the corridors of political power.

The pharmaceutical giants spent more than $216 million on lobbying in 2018, which easily tops the investment of any other industry. They padded that total by another $36 million in the form of campaign contributions to individual politicians (at the state and federal levels), political action committees, and outside groups set up to influence the political process (ADRP, for example).

Obviously, the majority of this money is dedicated to promoting the interests of the industry in general and is not specifically earmarked to thwart progressive cannabis legislation. But politicians know what they have to do to keep the money and future job opportunities flowing, and pharmaceutical companies know they can rely on these human resources to parrot their talking points and vote their way on important issues, even when public opinion demands they go in the opposite direction (as is the case with cannabis legalization, hence the need for referendums in the face of legislative inaction).

Every time a person substitutes cannabis for opioids, either by prescription in medical marijuana states or by personal choice in states where recreational cannabis is legal, it means reduced profits and reduced control for the pharmaceutical companies. To some extent, they can counter this reality by getting involved in the medicinal cannabis trade, as INSYS has already done.
Cannabis products purchased over the counter without a prescription, on the other hand, are outside the system and therefore protected from Big Pharma co-option, which gives companies like INSYS all the motivation they need to keep fighting the bad fight in the 40 states where legalized non-prescription marijuana remains unavailable.

From a legal standpoint, INSYS may be a rogue actor, but from the perspective of cannabis supporters and civil libertarians, all pharmaceutical companies are potential rogue actors, and pro-legalization activists cannot afford to take them lightly — as the 2016 election results in Arizona conclusively proved.

Heaven Scents: Knowing Your Top Terps And Their Ultimate Outcomes
The Barr Code: Trump Nominates Tough-On-Drugs AG To Take Over From Sessions