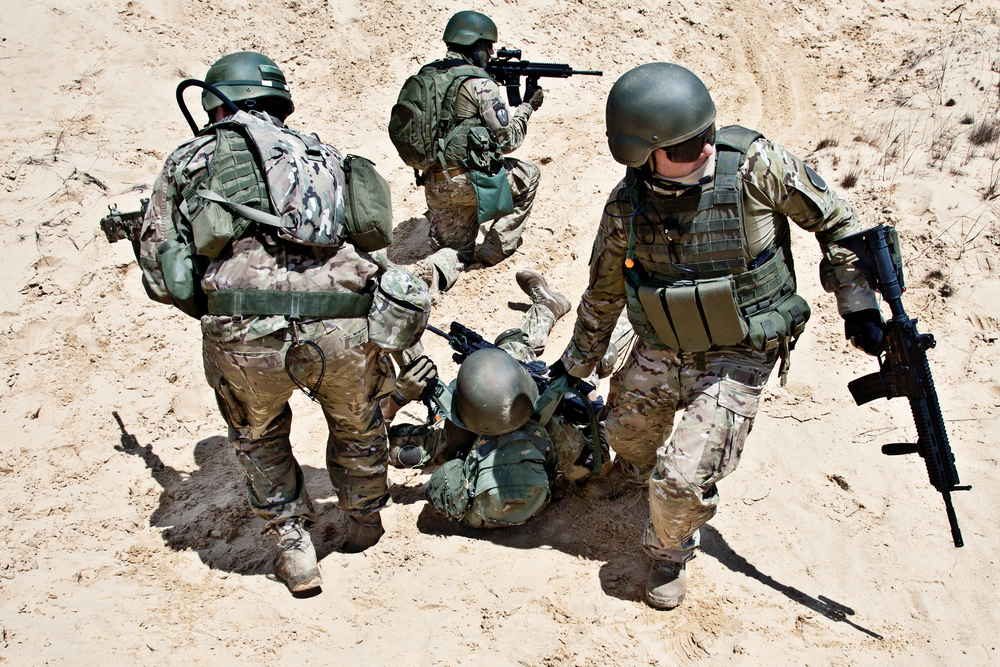 Kevin M. was 21-years-old and unemployed when he caused a DUI car wreck that injured two people.

The judge gave him the option of going to jail, or going into the army.

This was in 2006, when the Iraq and Afghanistan wars were both going full-throttle, when U.S. soldiers were being shot, blown up, and killed as they did the same thing to Iraqi and Afghan “insurgents.”

“I screwed up in high school and there weren’t jobs in my hometown anyway. That judge made it clear it was either a cage, or a uniform,” Kevin said. “If I’d have know how bad these wars would be for me, I might have chosen jail.”

He suffered a concussion and broken leg when an IED (improvised explosive device) blew up near his armored personnel carrier.

The army patched him up and sent him back to combat, even though he had hearing loss, and his leg “never healed right.”

“They loaded me up with amphetamines and anti-depressants and sent me back out,” Kevin recalls.

When he finally got out of the military, they promised him lots of help, including free college funding all the way through a master’s degree.

But Kevin didn’t think he could handle college because it wasn’t just his body that was damaged by war…it was also his mind and soul.

“The things we done over there in those countries are wrong. Those people had every right to fight back against us,” he said. “We didn’t help anything. We made things worse. We hurt a lot of people, and ourselves.”

Kevin says not only did he have to wait forever to see doctors, but all they did was give him sedatives, pain-killers, and anti-depressants that made him feel worse instead of better.

The anti-depressants made him suicidal and homicidal. He had horrific nightmares.

He couldn’t hold a job, make friends, or find a girlfriend.

“I was going to blow my brains out,” he recalls. “I felt guilty for what I’d done overseas and was having terrible nightmares.”

“Many of the grunts in Afghanistan were using weed; some were even smuggling back Afghan seeds. It definitely helped people stay sane in that crazy place. You’d see massive square miles of Afghani marijuana,” Kevin said, “but I never used it until I came back.”

On his first visit to a medical marijuana dispensary in Oakland, Kevin was advised to use only “Indica-dominant” strains such as OG Kush or Mr. Nice.

On his first puff, he felt better than he’d felt in years.

“It was like a warm glow of good feeling went all up and down my body,” Kevin recalls. “I got up and danced around and threw my arms in the air I was so happy.”

Kevin’s VA doctors threatened to cut him off the anti-depressants and pain pills, and force him into a substance abuse program if he didn’t give up marijuana.

He said to hell with them and now relies on marijuana as his only medicine.

Recently, to cut down on costs (because he’s only making $14 an hour as an apprentice chef) he started growing his own marijuana from seeds he found in buds he purchased at a dispensary.

“I have an el cheapo three-bucket deep water culture system. It’s as easy as pie,” he reports. “I use fertilizer that automatically sets and balances the pH [Kevin is referring to Sensi Grow and Sensi Bloom pH Perfect and Balance-Free pH hydroponics base nutrients], Bud Candy, and Big Bud bloom booster.”

Kevin is part of a growing army of injured, troubled veterans who’ve found that medical cannabis helps heal the wounds of war.

“I shoulda started using marijuana in Afghanistan,” he says. “I could have just picked buds right from the fields.”