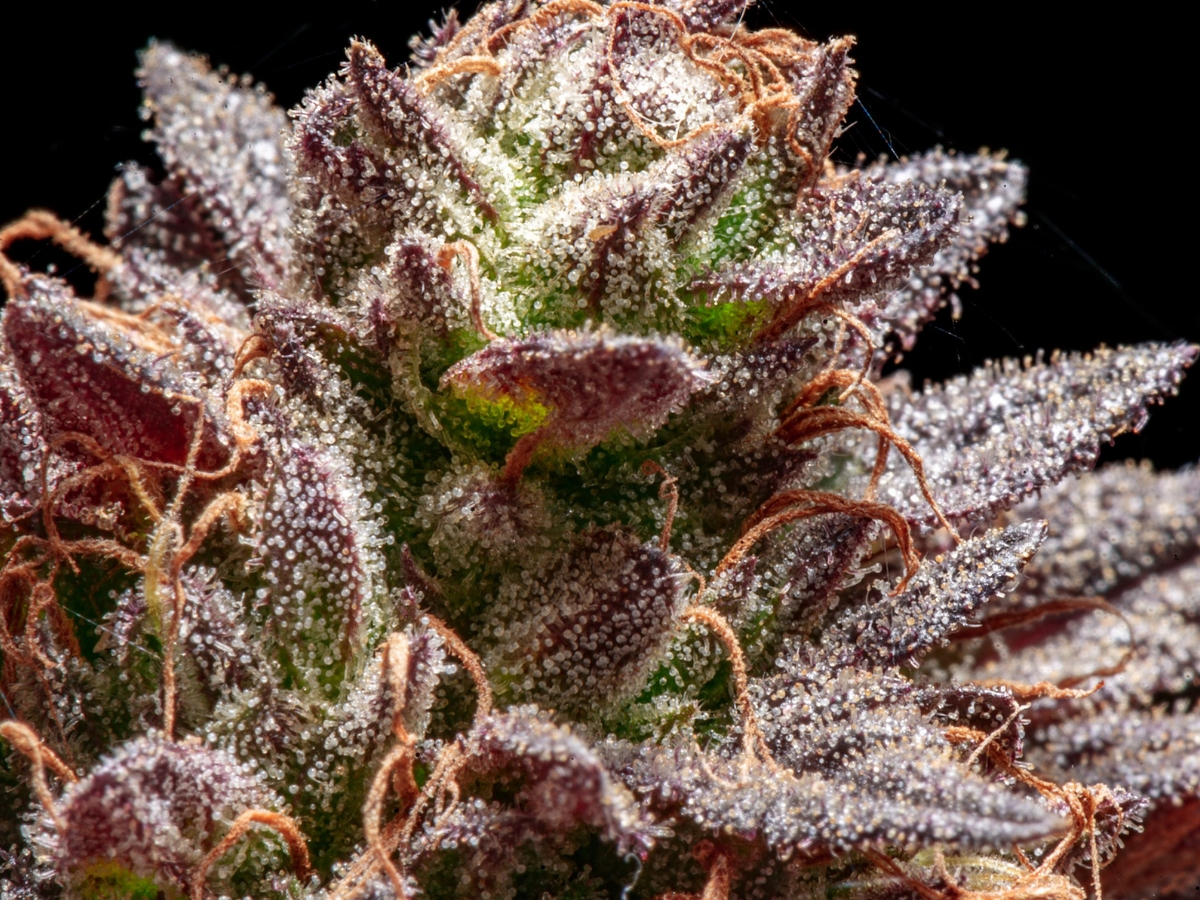 Enzymes are naturally occurring biocatalysts essential to digestion and decomposition of organic materials. BigMike wondered if similar enzymes could also help his cannabis plants. But when he used the few gardening enzyme products available on the market at the time, they didn’t produce any positive effects for his high-value crop.

So, when BigMike created Advanced Nutrients, he requested that his team of scientists find out if and potentially how enzymes help cannabis grow potent and strong.

His team soon discovered that the enzymes chitinase, protease, hydrolase, glucanase and cellulase break down organic matter in the root zone so that it will become bioavailable as a plant nutrient.

Organic materials are in every cannabis root zone and quality soil has organic compounds built in. When using professional and certified organic nutrients such as Iguana Juice, Nirvana, Big Bud and Ancient Earth in any type of cannabis grow system, your root zone contains organic materials that enzymes break down so that your plants’ roots can absorb them as nutrition. Not only that, but roots shed root fragments as they age and grow, putting organic debris into root zones even when only synthetic nutrients are used in pure hydroponic systems.

The benefits of enzymatic cleansing and bioactivation are as follows:

Cleansing is perhaps the primary benefit of using enzymes, but enzymatic bioactivation is also an important benefit. One of the most intriguing elements of this bioactivation is that enzymes can be transferred into plants via root application and foliar feeding, increasing bioactivity inside the plants. Enzymes create a biologically more active root zone in which nutrient cycling is more efficient and rapid, ultimately leading to better utilization of nutrients, faster growth and larger buds.

It’s easy to see that enzymes help your cannabis crop grow healthy and strong. But how do you know which enzyme product to use?

Start with the fact that the ideal product would be one designed specifically for growing cannabis. That’s precisely what BigMike had in mind when he created his enzyme formula Sensizym. The product design began with evaluating existing enzyme products made for gardening. Many of these products turned out to be little more than water containing a small amount of material that couldn’t even be identified as bioactive enzymes.

To make Sensizym, BigMike’s R & D team created a proprietary process involving cultivation of beneficial soil microbes that produce enzymes. (When you want a guaranteed effective enzyme formula, you have to use enzymes specially extracted in bioengineering laboratories.)

Each enzyme type was then evaluated for its ability to survive bottling, shipping, shelf life, and the range of water quality, pH, and temperatures found in hydroponic nutrients and root zones. Bioactive enzymes must be combined in just the right carrier material, amounts and ratios so they stay active on the shelf and will be ready for when you use them in your garden.

After months of research and the resulting product prototypes tweaked and tested in hundreds of cannabis grow ops, BigMike debuted Sensizym in the hydroponics marketplace. Other so-called enzyme products sold in gardening stores offer unreliable shelf life and ingredients, and growers were hungry for enzymes that worked for their cannabis crop of choice. For that reason, Sensizym quickly became the gold standard for hydroponics enzymes. 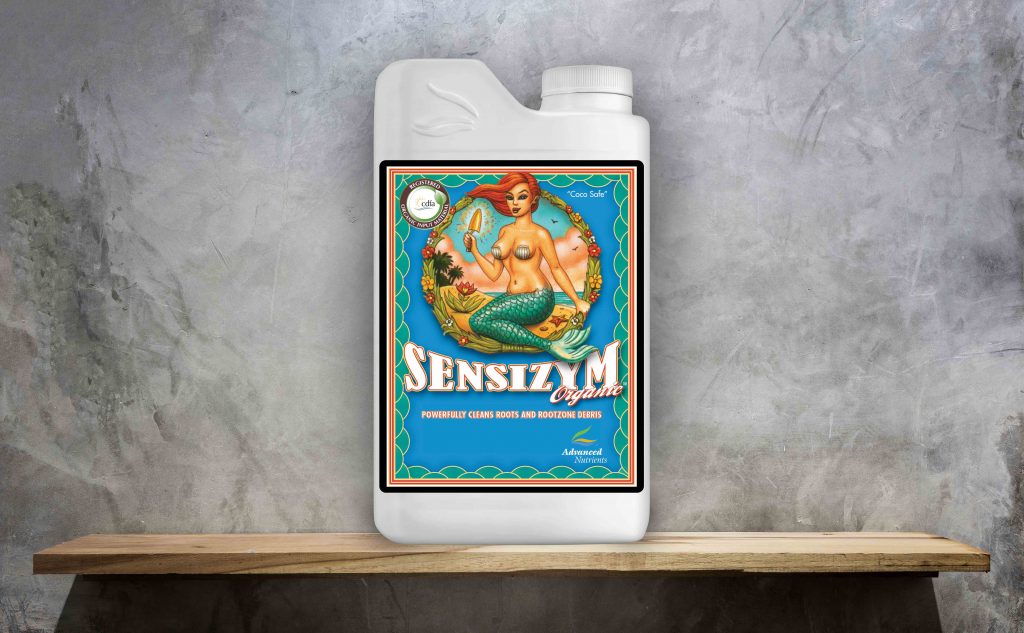 Sensizym’s benefits are further amplified when used as a companion product to introduce beneficial bacteria and fungi into the root zone. These products include Voodoo Juice, Tarantula and Piranha. Sensizym’s enzymes turn organic compounds into nutrients and sugars, while the beneficial microbes in the additional three formulas listed eat the sugars, thus creating more enzymes.

Beneficial microbes form physical bonds with cannabis roots to increase root mass, protect roots from droughts, stress and disease, and increase root function so that nutrients, water and oxygen are absorbed faster by plants. Further, the addition of enzymes and beneficial microbes creates root zones resistant to harmful microbes that can rot roots.

You might ask why people have absolute confidence in this product. For me, it’s because I conducted controlled experiments using Sensizym and competing products Cannazym and Hygrozyme. In one case, one grower was running a deep water culture bucket system fed from a reservoir. The reservoir had an overgrowth of brownish-green slime, and so did some of the individual buckets. Worse yet, some of his plants’ roots were slimy and dying off. These root-zone conditions gave the grow room a foul smell.

Before I conduct a controlled experiment in cases where cannabis grow-system failures are present, I first search for causes of the failed condition. I discovered that in this particular case, the grower’s nutrients water was too warm (74°F), he overused beneficial microbe hydroponic products, and his system had inadequate water aeration and oxygenation. Also, he had run several seasons in this system, and had never shut it down to clean it with chlorine and hydrogen peroxide.

I coached him to install a chiller to lower his nutrient water to 68°F and add increased pump capacity for more bubbler air output and increased oxygenation.

After a week of this corrected regimen, the slimy mess in his deep water culture system decreased by about 50 percent, which was a good start — but not good enough.

He had previously used Cannazym and Hygrozyme, and in his opinion, they’d made the problem worse. He no longer had faith in hydroponics enzymes.

“I spent $35 bucks for a little bottle of the Hygrozyme and the same for Cannazym,” he complained, “and I got nothing from it.”

So, I bought him a bottle of Sensizym — pointing out that it cost less than the other two products — and bet him that when it worked, he’d have to pay me five times the purchase price of the bottle.

After seven days, the slime was almost totally gone. My grower friend agreed that he owed me some money, and admitted that Sensizym saved his garden. He later reported that Sensizym increased the efficiency of his roots’ nutrients intake and as a consequence was able to reduce the amount of hydroponic nutrients he used, his plants were healthier and more vigorous, and he saved money on nutrients.

In another case in which I assisted in a controlled experiment, an aeroponics cannabis grower was dismayed by root debris buildup clogging his aeroponics misters. Clogged misters are a serious problem, because they are the only way aeroponic roots can get moisture and nutrients. If aeroponic misters are clogged, then roots are underfed, underwatered, and may eventually die.

The grower had used Cannazym, which made no difference. When he switched to Sensizym, he saw the clogging recede dramatically in less than a week, to the point that full function of his aeroponics spray system was restored.

It’s reassuring and inspiring to know that adding Sensizym to your hydroponics or organic feed program promotes a clean, bioactive root environment that protects and enhances marijuana roots, while saving you money and increasing the growth rate and yield of your cannabis crop.