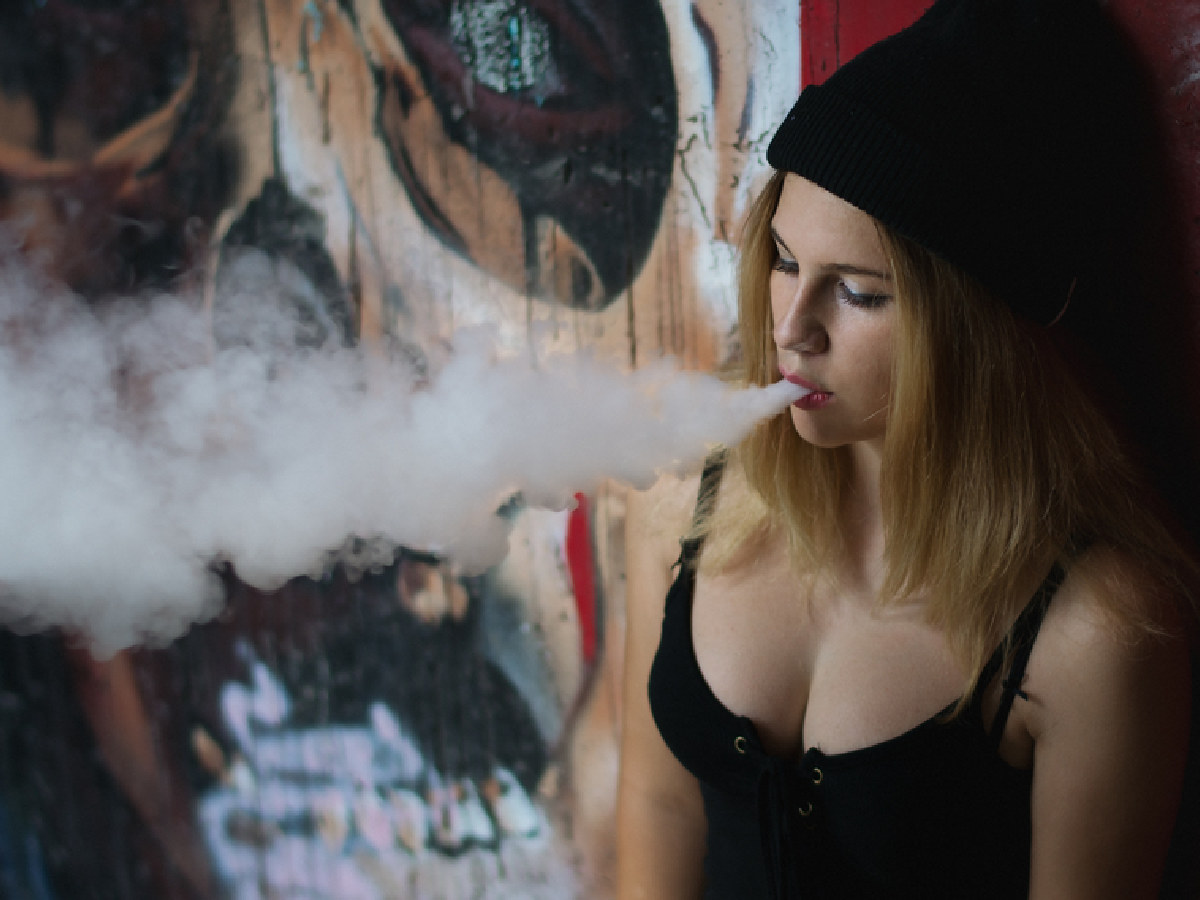 Taking a marijuana tolerance break increases your enjoyment of marijuana, and can make your lungs happier, too.
By Daniel Dharma | Published: September 19, 2017

It happens sometimes to those of us who grow and consume lots of marijuana on a regular basis. We get to that point where no matter how much weed you consume, you no longer feel high.

The preferred scenario when ingesting cannabis is that within a few seconds or minutes of taking it into your system, you feel happier, calmer, more creative.

But unfortunately, nature might have other plans for you.

Y’see, when you ingest THC and other cannabinoids and cannabis compounds every day, your brain and body build up a tolerance to those substances. After a certain period, the cannabinoids have saturated your system to the point where there’s no more they can do for you.

To use an analogy from recent news reports, think of how the ground gets saturated during a hurricane due to intense rain. It can no longer absorb any more water, and flash flooding begins.

This is similar to what happens inside the neuroreceptors of your body and brain when you ingest too much cannabis. Your neurological networks become saturated with cannabinoids, can’t absorb any more, and you’re high all the time. And the excess cannabinoids end up putting additional stress on your liver.

Instead of a psychological situation of being not high, then using cannabis and feeling a sudden positive change in how you think and feel, you use cannabis and feel no different than you did before.

This indicates you’re now physiologically and psychologically accustomed to being high. Being stoned has become your new normal. The only time you feel a different consciousness is when you stop using marijuana altogether.

Some people are momentarily forced to stop using marijuana because they have an employment drug test, or they run out of weed.

Others decide on their own to stop using so they can cleanse their system and start to fully enjoy marijuana again.

As a marijuana grower, I sometimes stop using cannabis for several days before I harvest new strains I’ve never used before. This gives my mind a neutral palette so I can accurately gauge the potency and quality of my fresh, unfamiliar buds.

This kind of marijuana cessation is called a tolerance break. Its name stems from the fact that you build a tolerance to cannabinoids to the point where you use more and more but feel less and less stoned.

Each of us has our own unique body chemistry and personality that interacts with our cannabis use. For some people, a tolerance break is easy to handle. They stop using marijuana for several days, perhaps even a month or more. They wait until they feel completely “sober.” It’s easy for them.

When they start using again, they may choose to use less than before, and less often. The goal is to once again make getting high a special experience, rather than a constant state of being.

The Downside Of A Tolerance Break

For others, myself included, a tolerance break isn’t quite so fun, even though it’s necessary.

You might stop using cannabis and feel unpleasant feelings, such as irritability, lack of appetite, depression, hot flashes, excessive sweating (especially at night), insomnia and body pains. Some physicians describe this as marijuana withdrawal.

The first few times I tried a tolerance break and felt those unpleasant feelings, it drove me to start getting high again sooner than I intended to.

I did some research and discovered there are physiological reasons for those symptoms that provide a key to lessening their intensity.

If you’re taking a tolerance break and feel discomfort, you can do several things to ease the ache. These include:

The Upside Of A Tolerance Break (And Believe Me, It’s Worth It)

The unpleasant feelings some of us experience during a tolerance break are worse during the first two weeks of abstinence, as cannabinoids dissipate from your system.

But if you can persevere and go an entire month or longer without using marijuana, your brain and body will almost completely reset. You’ll find that you feel a better, stronger, more pleasant high using a fraction of the marijuana dose that you used when you had built up tolerance.

Before I did a recent tolerance break, I could hit several dabs in a row and get no more than a mild buzz.

After a six-week tolerance break, vaporizing half a gram of sticky bud would send me into the stratosphere.

You may never get to the point where you want to do a tolerance break, or you may try one and find it’s just too difficult to persevere with. Rest assured that if you can hold out long enough, you’ll cleanse your neuroreceptors system so you enjoy marijuana more, while using less.

Note: if your use of marijuana is medical, consult with a medical professional before you take a tolerance break.

Sowing The Seeds Of Love: Care & Feeding for Healthier Marijuana Seedlings
Tainted Bud: These Products Are Used On Marijuana Plants To Kill Fungi And Pests — But Could Be Doing More Harm Than Good (Part I)