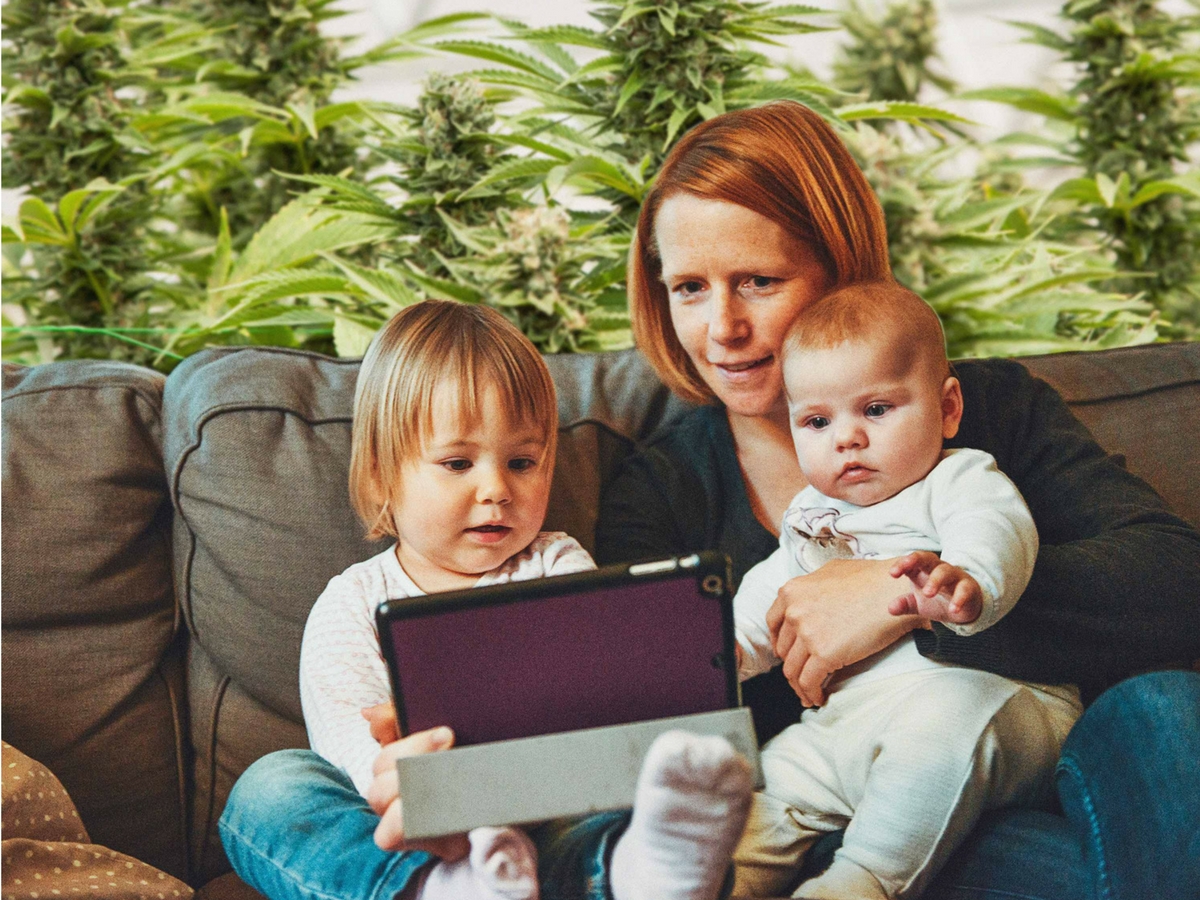 Starting my own secret cannabis garden is certainly an experience I will never forget, even with a brain injury. However, that decision was made after many years of careful consideration, as I had a child in my home who was my sole responsibility. I chose to wait until my daughter was well into her 20s before beginning my first personal grow in the illegal state where I still live to this day, but I also chose to educate her about the benefits of cannabis, pretty much from birth.

Let’s start with a little background, for a better understanding.

I was raised by an original, real-life hippie. My mother was a flower child in the ’60s, but raised in an incredibly conservative state, which she returned to in the early 1970s, my brother and me in tow, following a nasty divorce. Mom enjoyed cannabis from her teens and never kept it a secret from us. We knew exactly what that copper bong was. We knew where she kept her stash. She smoked in front of us. All she asked was that we didn’t “tell the man (i.e., teachers, law enforcement or friends and their parents).”

This was where I learned a great deal of my attitude toward cannabis and, when I later had my own child, I dealt with the issue in much the same manner. I was completely honest with my daughter from day one, never hiding anything, only requesting that if she wanted to try weed, she would do so with me first.

She has abided by those rules and is now a 30-year-old successful woman with a great career and a loving partner. She has never tried cannabis, although she admits she would like to for her health, but her current job conducts regular drug tests for THC, so until she moves to a legal area or gets a good CBD (which will require a quick trip to a recreational dispensary out of state), she will abstain. She has always been supportive of my cannabis intake as she knows how it is necessary for my numerous conditions, and she has never inadvertently or intentionally told anyone of my cannabis use or my secret garden, because she was raised to respect all aspects of the plant.

To raise a child like this might seem a bit radical to some, but is more common than many people believe, especially in states where cannabis is not safely obtainable because of the current Schedule I ruling that makes it federally punishable by fines or imprisonment. Being completely honest with children might also seem like a foreign concept, but I truly believe it is the only way to stay safe when your government considers your choice of all-herbal medicine a felony.

I chose to grow later in life, when my daughter was an adult, after weighing the options of getting caught while she was a minor. As a single parent, I could not justify starting a secret garden. Perhaps if her father was in the picture I would have felt differently, but being my child’s sole support, I refused to risk growing, although I had utilized the plant throughout her childhood.

Programs such as the D.A.R.E. anti-drug education program were prevalent during my daughter’s school years. The truly ironic thing is that back then, in the ’80s to late ’90s, I worked as a 911 emergency dispatcher, at a time when police officers in the D.A.R.E. program taught “Reefer Madness” and abstinence in public schools, all the while teaching my own daughter at home that smoking cannabis (never tobacco!) and making your own edibles was not only perfectly OK, but encouraged. I had to distinguish the difference to her and ensure she knew not to share our secret with anyone in authority or friends that might tell their parents. Unfortunately, this is a type of hypocrisy that is still necessary, as I refuse to put the law over my own health and am unable to move out of state just yet.

So how did I manage to walk the tricky line between growing medicinal marijuana at home for my health and engaging in an activity that was largely shunned by society and the government, all while raising my daughter in this environment? I accomplished this simply by being honest with her. No question was ever off limits and I always encouraged her to be curious and express herself, but within limits in public situations and with people in positions of authority.

Being Honest About Cannabis Will Help You Lead By Example

In a recent article published by The Washington Post and entitled, “Eight ways parents can teach teens to be honest,” the author Phyllis L. Fagell makes several points that could be utilized for people who choose to grow marijuana in the same home where they raise their kids. Listed below are the author’s top suggestions for raising honest children:

After my daughter had reached adulthood, we had several open, honest conversations about my desire to start an at-home cannabis garden. At first, she was reluctant. However, I was able to reason with her, and with her blessing I started my secret cannabis grow (with the help of a good friend) by constructing a 3×3 fully enclosed wooden grow cabinet (with adjustable lighting and intake/exhaust exchange systems) in my kitchen (the extra counter space is fabulous), and also converted two small closets into grow spaces.

I was amazed at how my daughter reacted. She was interested in all aspects of the grow, from popping seeds to trimming. She witnessed everything and had a lot of interesting questions, which often became the catalyst for my continued self-education when it came to growing. She was especially impressed when we discovered how much our old rescue kitty adored munching on fan leaves, giving her instant, and what seemed to be long-lasting pain relief. Although my daughter did not choose to participate in any of the grow activities, she was encouraging, especially when those inevitable virgin grower disasters happen.

For example, I accidently burnt to a crisp my first crop of eight beautiful girls, after having placed them into flower, by putting too much reflective material on the walls and not allowing enough ventilation. To say I was crushed was an understatement, but my daughter stepped up, encouraging me to start over and try again, which I did. Without her support, I am sure I would have given up in a fit of anger and destroyed all of my equipment. She gave me the confidence, love and respect I needed, which I will be forever grateful for.

I was so amazed that my child had the curiosity and respect for my secret garden. She never mentioned it to anyone and I was able to grow several strains for almost two years. I have given up growing for now, as I still reside in that same conservative state, where other than nonpsychoactive medical CBD oil to treat severe epilepsy, cannabis is still legal and being caught with as little as an ounce can result in a six-month jail sentence. However, I have my grow cab and all of my lights and supplies ready, should I choose to start growing again.

The encouragement of my daughter has been, perhaps, my favorite part of the growing experience. I truly believe it brought us closer together and I now look forward to the day when I can grow a strain of high-CBD cannabis just for her, and make her some tinctures and edibles that will alleviate her health ailments. Until such time, we are planning a trip to a recreational dispensary in a legal state so she can try some options and hopefully find the relief she needs. After all, as parents, in the end isn’t it all about our kids?

Ask The Experts: How To Understand Marijuana Genetics And Crossbreeding Strains
Breaking Bud? New Mexico On Track To Legalize Marijuana