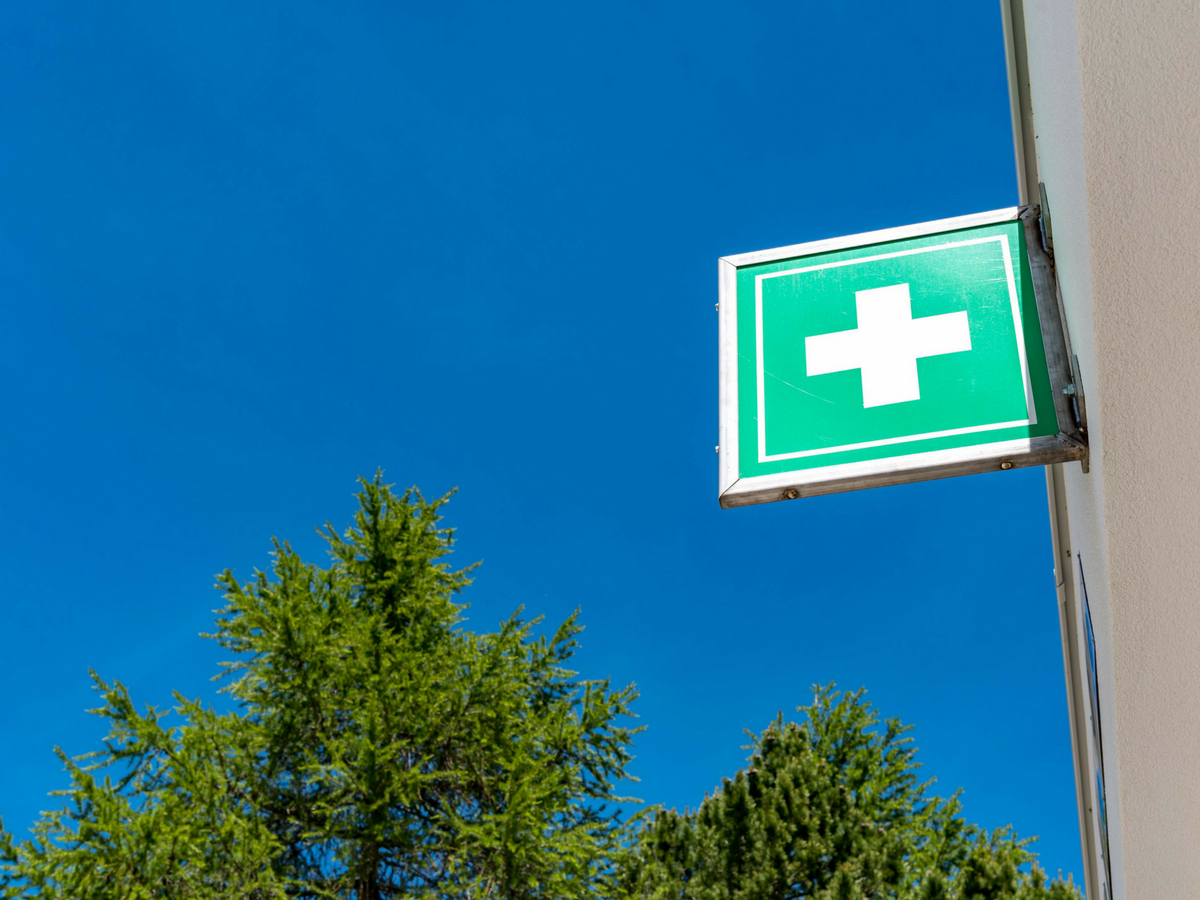 As a long time “illegal” cannabis enthusiast and self-treated medical marijuana patient from the Mormon stronghold of Utah, I was recently able to fulfill one of my lifelong bucket-list items: I made my first visit to a recreational dispensary.

On the one hand, finally popping my dispensary cherry was a dream come true. But on the other hand, in the lead-up to the big event, choosing said dispensary placed me in a bit of a quandary.

Of course, this dispensary adventure didn’t take place in Utah, where cannabis is still very much illegal, but in Bend, Oregon, where I was passing through on my big, permanent migration to the cannabis paradise that is Tacoma, Washington.

Much to my relief, I do qualify for a medical card in the Evergreen State, which was the end goal of the trip through Oregon that involved transporting my entire family — including two adult children, four cats, an emotional support Shih Tzu — cross country in nothing but a U-Haul and trailer.

Once we waved buh-bye to my home state of Utah, then passed safely through prohibitionist Idaho and crossed the border into the safe haven of Oregon, I did not randomly select or immediately run into the first dispensary I happened across, arms outstretched. Instead, seeing as this marked such a momentous occasion in my life, I chose to do my own due diligence and patiently dig into the local scene in Bend, where I was staying with family for a couple of days on our final leg of the journey to Washington.

According to the ever-so-friendly Google Maps, there were 14 “Alternative Medicine Practices” in the Bend area, with intriguing names such as Cannablend, Dr. Jolly’s and DiamondTREE. 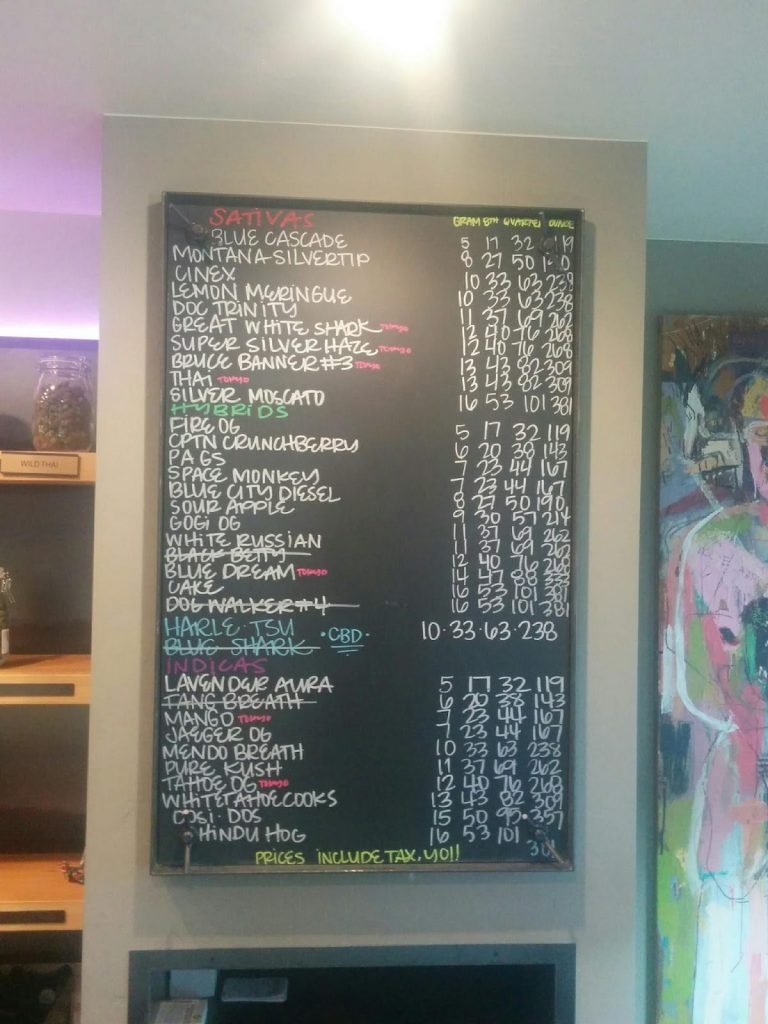 This is only a portion of the lengthy menu available at Tokyo Starfish.

I delved deeply into the online information to guide my dispensary decision. However, I soon realized that when it comes to losing one’s dispensary virginity, using the internet as my only means of comparison wasn’t the most thorough choice. So, to augment the online information I’d learned, I asked various family members for their opinion, and the answer I liked best was, “Go to the one with the funkiest name,” (this coming from a non-smoker) — which is exactly what I did in choosing Tokyo Starfish.

Locals know Tokyo Starfish as the only “bud-n-breakfast in Bend.” With two locations, I chose the one on Bend’s Westside, which boasts a two-bedroom cottage above the dispensary to cater to out-of-town canna tourists. (For more information or to make a reservation, you can check out its VRBO listing.)

The menus at Tokyo Starfish were exhaustive and impressive, especially to the eyes of this dispensary newbie. From flower to concentrates, salves, tinctures, edibles, pre-rolls and more, I took the time to carefully peruse the offerings online before even stepping foot inside the store. Seeing as I was en route to my new home in a legal state, I wasn’t too concerned with loading up on every single item I could afford, knowing this would not be my last dispensary trip. Instead, I wanted to ensure the few purchases I made were well worth it.

Starting at $5 per gram for flower and going up to $386 for a premium ounce, Tokyo Starfish stocked a huge variety of strains, including 3X Crazy, ’96 Trainwreck, Afgoo, Birds of Paradise, Black Cherry Soda and Black Domina.

While my (adult) kids volunteered to drive me from the home we were staying at into Bend to visit the dispensary, they declined to enter the establishment with me, opting instead to go thrifting at the Humane Society.

And so, after flashing my ID at the staff on duty, I finally ventured into the dispensary all by myself — and proudly admit I wasn’t nearly as intimidated as I thought I might be.

I wanted to sample many (new to me) items, so I asked for assistance from the very helpful budtender, who walked me through my many options. After listening carefully to his explanations and recommendations, I selected a disposable preloaded vape pen, two cold-brewed infused coffees from Magic Number, yummy gummies from Wana, a bottle of Hypnos and CBD Tincture from TJ’s Gardens (which contained 45 servings, or 12 drops for 1/3 ml of 480.0 mg THC for $36), and a couple of pre-rolls (Black Domina and Mango for $5 each).

Seeing as all of my glassware was packed, I chose the pre-rolls and was able to get quite high — twice! — for several hours. Bargain!

I was surprised when the budtender gave me the choice of paying with cash or debit card, as I had been under the impression that with current federal laws, all dispensaries were limited to cash-only purchases. However, according to the Oregon Liquor Control Commission (OLCC) website:

The OLCC accepts electronic payments only for the application fee. OLCC may be able to accept cash payments for the license fee. However this will require an appointment and may take time to arrange, resulting in the delay of license acceptance. The online system accepts most major credit cards. Cash cards are available in large denominations at many local retail outlets across the State and may be used to streamline your e-government service experience with the OLCC.

Another interesting element of my purchasing experience was the packaging requirement. According to the OLCC Packaging and Labeling Guide:

All marijuana items, except plants and seeds, must leave the retail store in
child-resistant packages. In order for a package to be considered child-resistant, the package must be tested and certified by a qualified, third-party testing firm that the package meets the standards set out in 16 CFR 1700.

The packaging I received was a white plastic bag with a sealable, child-resistant zipper, which the ever-helpful budtender took the time to demonstrate and explain that it would allow me to transport my goodies safely, especially across state lines. 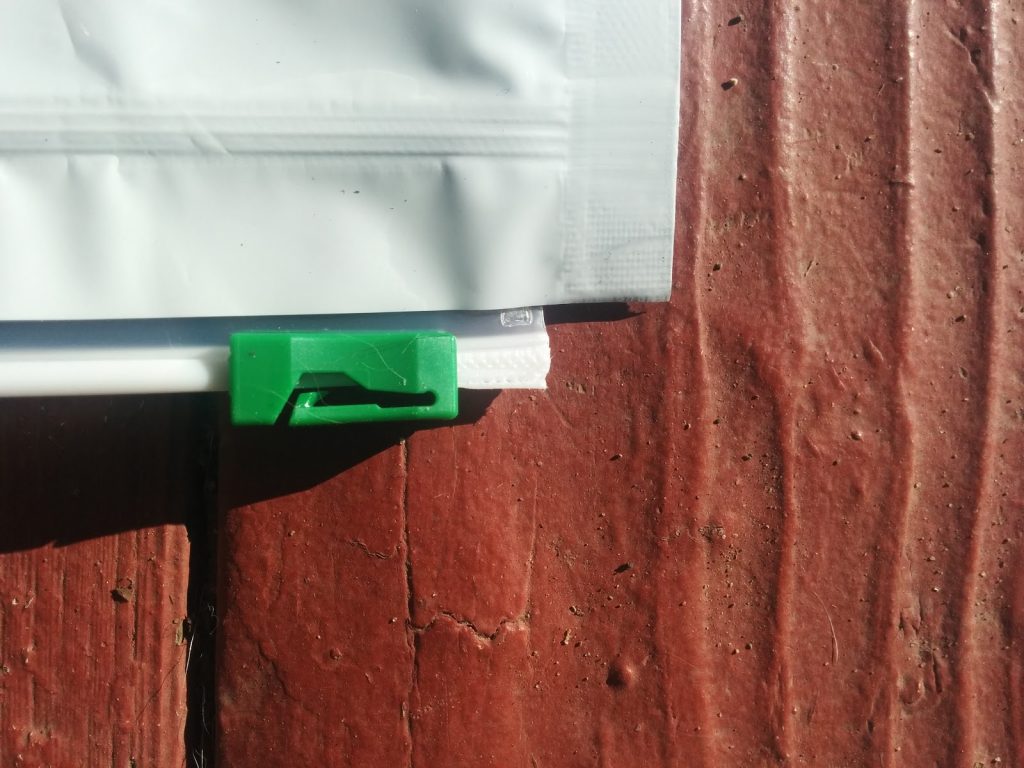 According to Oregon state law, cannabis items must leave the retail store in child-resistant packages.

In a bid to prop up and support the local economy — and also likely due to the strict rules of transporting product across state lines, even between legal states — all of the products in the dispensary I visited were mindfully sourced from local growers and producers. And this seems to be the theme for many of the dispensaries in Oregon. Such local brands include: 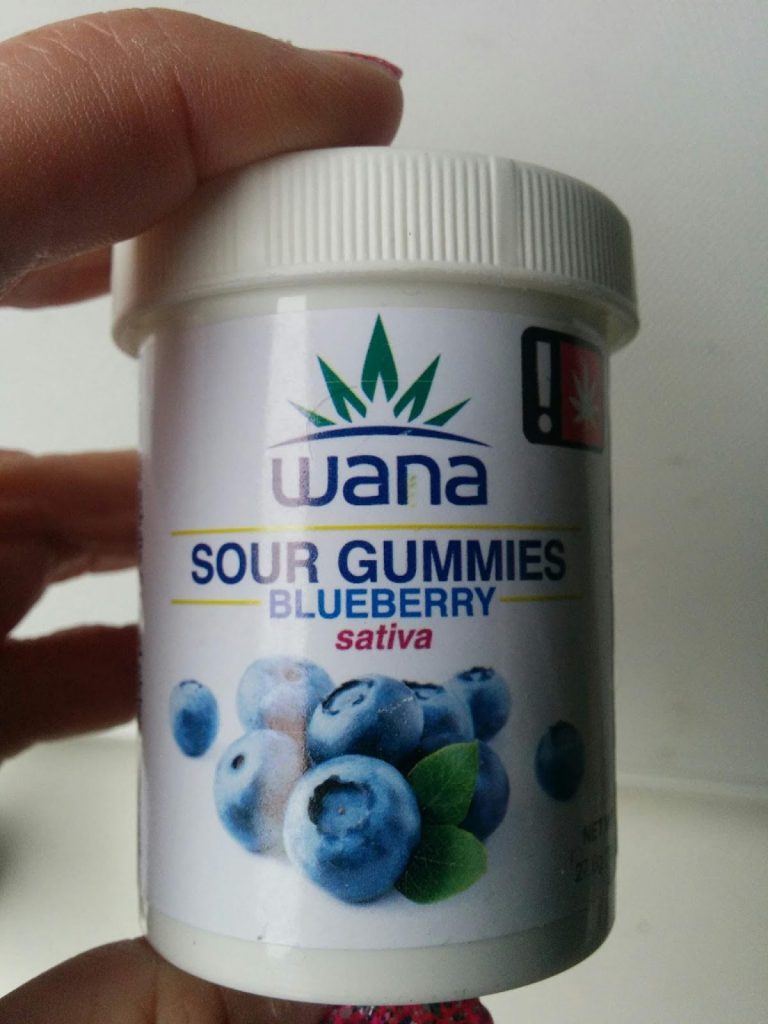 Do Your Cannabis Research!

Start by reaching out to family members, friends both in real life and online, social media contacts, and groups specific to the area you wish to visit. For my first dispensary adventure, I went with a combination of family recommendation and online reviews, and that knowledge composite seemed to work well for me.

A thorough search of government websites pertaining to the local region only takes a few minutes and can save you a lot of questions and potential headaches later. For example, do you know how much recreational cannabis you can purchase in Oregon from any licensed retailer? (Hint: The Oregon government website will give you the answer.)

Virtually all recreational laws will require customers be aged 21 and over, so make sure you have your valid, state-issued photo ID with you. I used a Utah driver license and had no problem with my first visit in Oregon, nor any subsequent visits to Washington-area dispensaries.

It’s important to also note that in some states, “landlords possess the right to restrict the use and growth of marijuana on their property.” In Oregon, the OLCC advises all renters to check with any potential landlords prior to signing a lease to confirm community rules and regulations regarding cannabis use, cultivation, possession or creating edibles on-site. I found this very helpful when planning my move to Washington. Always cover your ass, especially when it comes to your cannabis!

Also, in most places, while adults can legally consume cannabis at home or on private property, they’re not allowed to do so in public places. A good rule of thumb? If someone outside your home can see you consuming your weed, then you’re probably consuming in public. Such public places may include:

Always good to know, especially when dining out. Many places prohibit cannabis consumption on premises that also hold a liquor license. Allowing marijuana use may put an establishment’s liquor license in jeopardy. In addition, smoking and vaping in most businesses is limited by the Indoor Clean Air Act, which may vary from state to state.

In many legal places, gifting of recreational marijuana to adults 21 and older is allowed, as long as the amount of weed gifted falls within the personal possession limits, and no financial consideration is associated with the transfer. This is because when money, goods or services are exchanged directly or indirectly for marijuana, it’s considered the same as selling — and you must be licensed to do that.

I can now fully relate to and understand the frustration locals feel when canna tourists turn up, cash in hand, throwing down for the first legal flowers or infused product they see, assuming that “it won’t affect me like that,” or, “I can take way more than the package says and be just fine.”

Start with the recommended dosing and wait, especially if this is your first experience with commercial edibles. Making cookies from butter at home in the crockpot using black-market weed is a far different experience than indulging in a professionally made product.

As with any intoxicant, don’t play the fool in the dispensary parking lot and rip into that first pre-roll you buy. Have some decorum, people! Go to a considerate, legal place to burn one and be prepared for a different journey home — especially if you’re in an unfamiliar locale. After all, you don’t want to get lost, or arrested, for driving while buzzed.

Consider bringing a sober buddy along to ensure your safety. And from my experience, your support team do not have to actively participate in your first cannabis experience in order to support you.

I chose to become as knowledgeable as possible prior to my first trip to a dispensary, but the actual, physical experience was surreal, something I was completely unprepared for. Each subsequent trip to Washington’s Pierce County dispensaries leaves me with even more questions, as my thirst for cannabis knowledge will never be quenched.

Denver’s ‘Weed Whacker’ Reveals Top Tips To Keep Your Grow Op From Being Shuttered By Inspectors
Auto Time: You Still Have The Chance To Cultivate Autoflowering Cannabis Outdoors This Season