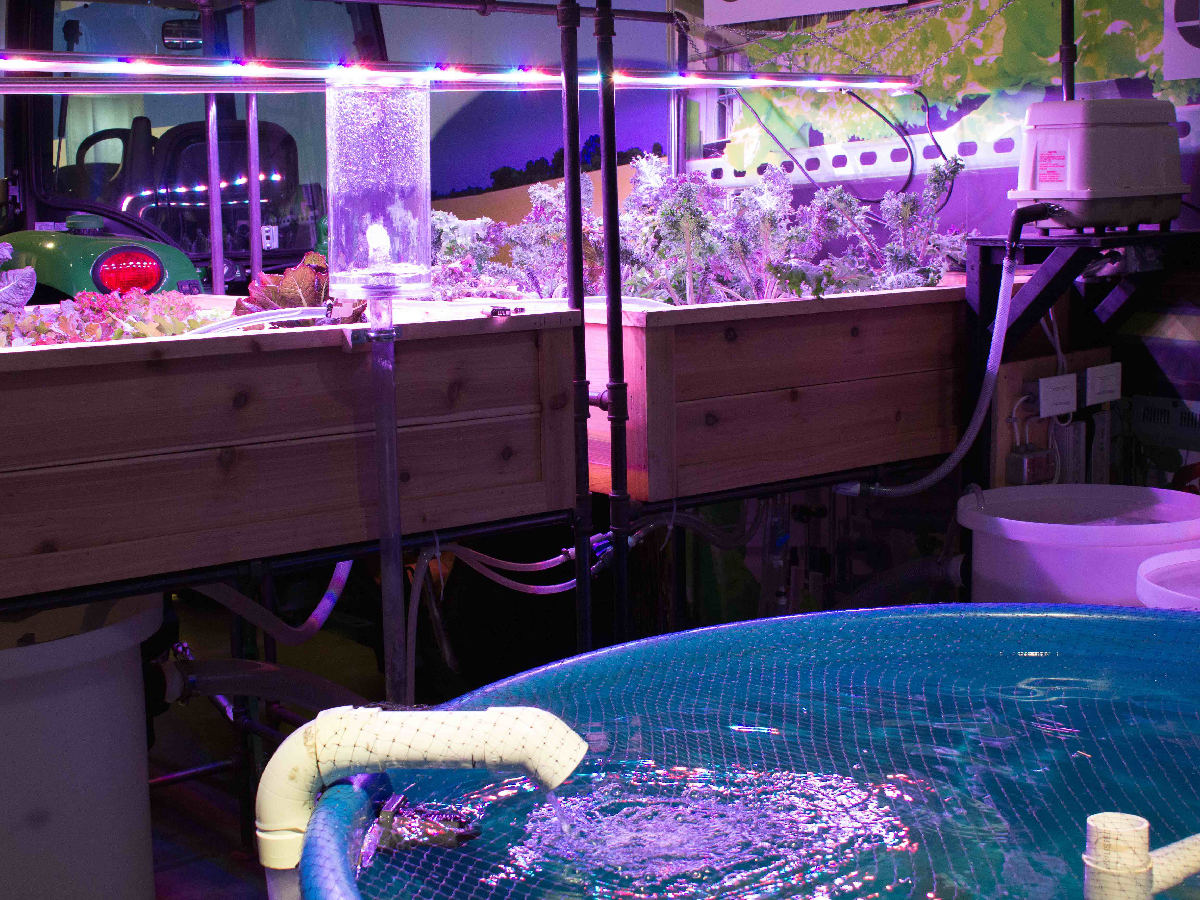 There are a lot of ways to grow weed. If you’re new to the world of cannabis cultivation and researching different methods to find what will work best for you, then you’ve probably touched on information about aquaponics systems. And if this grow technique has piqued your interest, there are a few basic things you should know before committing to such a cultivation style.

In a nutshell, aquaponics is the use of an enclosed ecosystem (such as a fish tank) to grow crops. Within one integrated system, fish are utilized to provide food and nutrients for plants grown without soil. This is how it works:

And that oxygenated water provides a breathable environment for the fish, making it possible for them to continue the aquaponic cycle by consuming food and producing waste.

Aquaponics systems are efficient with their water use. Indeed, the only time such a water-based grow system needs to be topped off with fresh water is when H2O levels lower due to evaporation. Other than that, unlike other growing systems, there’s no waste water in an aquaponics system; the water simply continues to cycle through, nourishing two different yet symbiotic species. So, if you’re looking to go totally waste free with your grow, go with aquaponics. 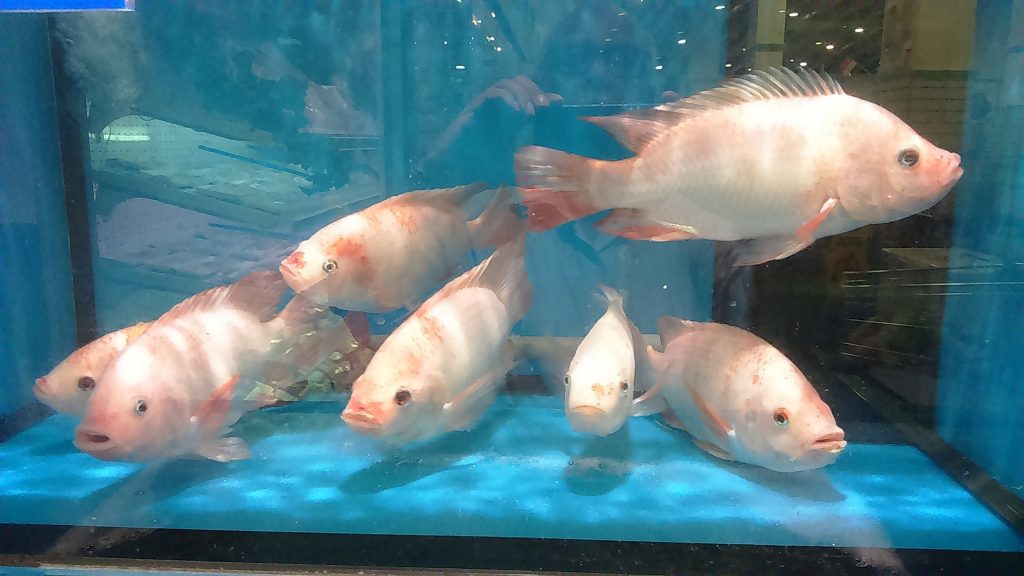 Freshwater fish like tilapia are a popular choice for aquaponics systems because they thrive in densely populated environments.

With Aquaponics, You’re In Control

When you’re an aquaponics grower, you’re responsible for two different species: your plants and your fish. Some people get two harvests out of their aquaponics systems — the cannabis they grow and the fish they raise. Think about this when you’re choosing the fish species that will populate your system.

If you’re a seafood fan, consider stocking your system with a type of fish you like to eat. Freshwater fish like tilapia are a popular choice for aquaponics systems due to the fact they’re a hardy species, they thrive in densely populated environments, and they grow fast. Other popular fish species for growers who also want to grow future dinners are catfish and trout. If you don’t plan on eating your fish but would rather have a pretty pet to look at, you can also stock your system with goldfish or koi.

And you can take even more control of your mini ecosystem by farming worms or growing duckweed to feed your fishy friends!

Whether you plan on harvesting your fish or not, it’s important that you keep them in an optimal environment. After all, these guys are a crucial part of your grow system, so if they get sick and die, the whole thing can come to a germ-riddled halt.

Remember to regularly keep a close eye on your tank’s temperature, ammonia level, pH level and nitrate level. Pay close attention to how much your fish are — or aren’t — eating. When fish don’t eat, that’s usually a sign something’s wrong. Fish might refuse food because they’re stressed, their water temperature isn’t right, or because they’re otherwise sick. It could also mean you’re overfeeding them.

Yes, there are similarities between aquaponics and hydroponics, but calling aquaponics a type of hydroponic gardening reveals only a portion of the picture. Rather, aquaponics is a hybrid system that meshes hydroponics with aquaculture, the practice of raising fish. In an aquaponics system, plants don’t grow in soil. Often, they’re grown in a grow bed made of gravel or other porous media. Sometimes, their roots do sit in water like they would in a hydroponic system. Aquaponics offers similar maturation rates and crop yields to hydroponic systems while using a lot less water.

Like hydroponics, aquaponics growing is generally better suited to more experienced growers. It’s also necessary that any grower considering aquaponics be patient, because a core component of your aquaponics system — i.e., the bacteria colony that converts fish waste into nitrogen for the plants — can take up to six months to reach a healthy, workable size.

Consider aquaponics if you want to grow your cannabis organically. Since it’s a self-sustaining system, there’s no need to add synthetic compounds to the water you use with this type of growing system. The lack of waste also makes it a very popular option with growers focused on sustainability. In fact, you could say aquaponics systems are the most organic grow option of all, because they are literally comprised of multiple species maintaining a symbiotic relationship.

So, if you’re patient, would prefer an organic grow op, and are a friend to the fish, aquaponics might be the perfect cannabis grow-op style for you.

Welcome To The Greenroom: Top Tips On DIY Greenhouse Growing
The Bad Seed? Not Today, Satan! These Are The Seed Banks You Can Trust, Every Time