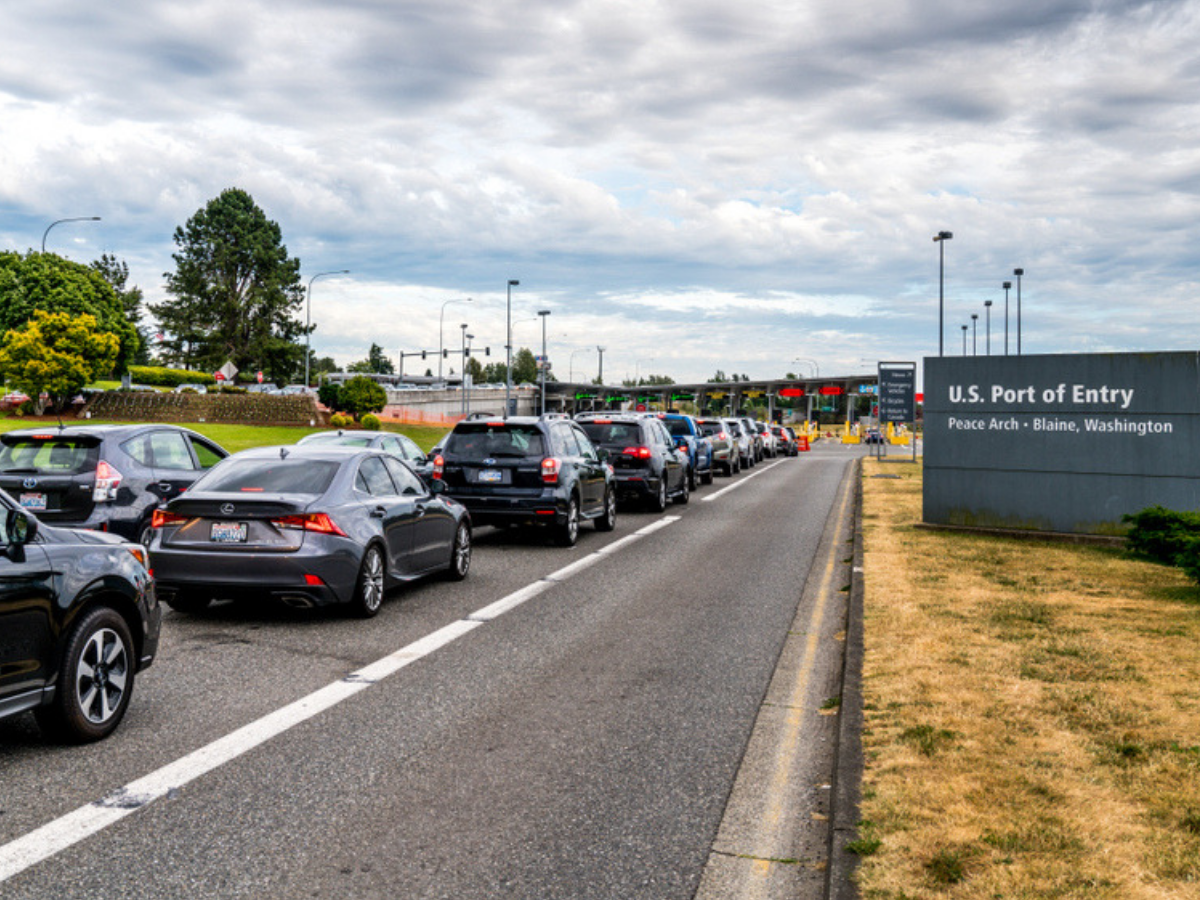 UPDATE: US Customs and Border Protection has updated its late-September statement, noting that Canadians who work in the legal cannabis industry in their country are free to cross the US border.

Canada will officially legalize cannabis on October 17, and millions of Americans who live near the northern border are excited at the thought of crossing that boundary to enjoy legal weed, while also wondering what’s going to happen if they do. Conversely, many Canadians who imbibe recreationally or medicinally, or work in their country’s legal cannabis industry are concerned about what will happen to them and how they’ll be treated if attempting to visit the US. A recent statement from US Customs and Border Protection (CBP) has caused much confusion, clarifying some things while making some seem more confusing and threatening:

Canada’s legalization of marijuana will not change CBP’s enforcement of United States laws regarding controlled substances. Requirements for international travelers wishing to enter the United States are governed by and conducted in accordance with U.S. federal law. … As marijuana continues to be a controlled substance under United States law, working in or facilitating the proliferation of the legal marijuana industry in U.S. states where it is deemed legal or Canada may affect admissibility to the U.S.

It has long been known that a Canadian citizen who admits to past cannabis consumption when forced to answer the question by US Border Patrol officers risks being banned from entering the United States for life.

The Government of Canada’s official website has taken to warning travelers about the potential pitfalls of admitting to past cannabis consumption, in its section on cannabis and international travel:

Previous use of cannabis, or any other substance prohibited by local law, could result in a traveller being denied entry to their destination country.

But what about if you are an employee, employer, or even investor in the cannabis industry in Canada? Will you be banned for life if they find you sell or produce cannabis, even if you don’t consume it?

“I have seen quite a few Canadians and other foreign nationals denied entry or barred from coming to the US to engage in business with the US cannabis industry,” Washington-based immigration lawyer Len Saunders tells Big Buds. Saunders says he hasn’t yet seen Canadians who work or invest in their own country’s industry getting denied or banned, but he expects it will happen after the 17th of this month. He insists border officials will argue these Canadians are “aiding and abetting” illegal drug trafficking.

You might think Canadians who work in the industry or who consume cannabis should simply lie about it when quizzed, to avoid being banned or denied from crossing the US border. But Saunders counters that this is a big risk to take, because suspicious Border Patrol officers will likely try to find out if these people are being truthful.

“If you deny it and they found out you’ve used [cannabis or work with it], because they frequently go through your phone to look at photos, text messages and emails … they’ll give you a lifetime ban for lying. It’s fraud and misrepresentation,” Saunders warns.

Saunders suggests that Canadians who work in the cannabis industry and who are planning to cross the US border — and US residents who work in state-legal cannabis industries — should first “sanitize” their online presence so it won’t be discovered that they do work in the industry when they reach that border. He advises his clients to remove their name from the company’s website and keep the company’s name off all personal social media platforms.

“Homeland Security uses all sorts of investigative methods,” reveals Scott Railton, another immigration attorney based in Washington state. “It really depends on the individual. We have the sense that some [cannabis] investors have been identified prior to their appearance at the border, and flagged. Others are identified through questioning in primary and secondary inspection. Online searches are done, at time of entry, and increasingly the agency is looking at social media.”

What about Americans who work in the cannabis industry or consume marijuana?

Whether you’re Canadian or American, the key point to remember is that you do not have to answer any cannabis-related questions. Saunders claims these questions are not relevant when determining if someone is of good character and should be allowed to enter the United States, and for Canadians, the worst thing that could happen is they’ll be denied entry for not cooperating, but they won’t be banned.

There have been reports of Border Patrol threatening people with drug tests or lie detectors in a bid to force them to admit their links to cannabis, but Saunders insists these interrogation methods are not possible to conduct at the border. Furthermore, he claims it’s not even possible for officers to ask everyone these cannabis-related questions, so in many instances this won’t be an issue.

Essentially, Americans have nothing to worry about when returning home from Canada, so they’ll be fine as long as they don’t accidentally bring any product across the border with them. Canadians are advised to refuse to answer cannabis questions and avoid having a public image connected to cannabis if they want to enter the United States at the border.

Perhaps If Brett Kavanaugh Had Been A Teenage Stoner Rather Than A Binge Drinker, He Wouldn’t Be In This Mess
Setting The Trend In California With Gary V At The Hall Of Flowers