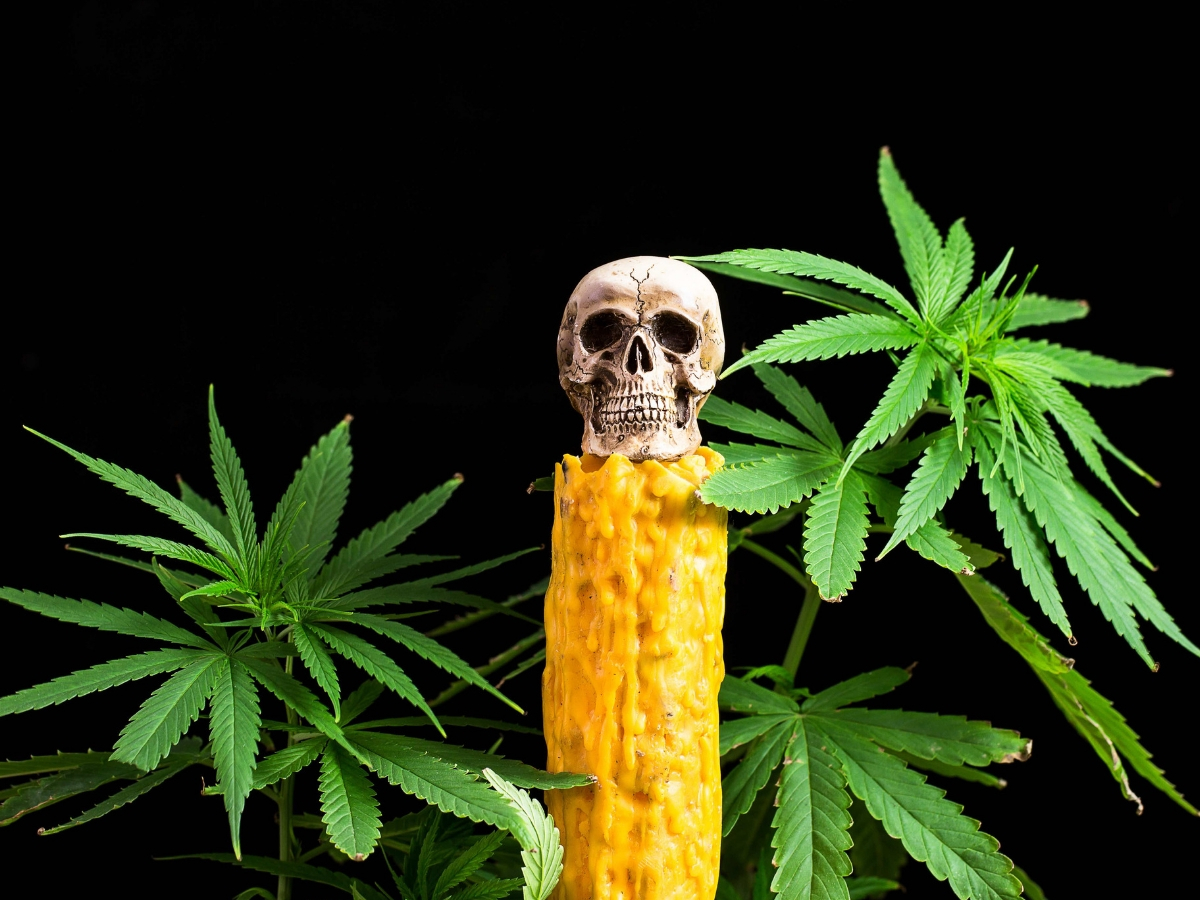 Happy Halloween! Once again, that spooktacular time of year has rolled around, when adults can dress up and play make-believe, eat all the candy, scare all the kids, and have a ghostly good time with frightening friends and formidable family. And, trust us when we say that it’s even better when you can infuse a little cannabis to the holiday! From pumpkin bongs to the cannabis strains that’ll give you a real Halloweed high, read on for our six spooky steps to adding a little green to your fun, fearless, ghoulish Ganjaween. Why six? Because 666 was just too many!

Get Creative With Your Cannabis Costume

“Pot brownie” is out and creativity is in. It feels like every year yet another person dresses up in the pun-worthy but tired outfit, but why limit yourself when there are a host of cannabis-inspired Halloween costumes for you to strut your spooky stuff in? This year, try turning to pop culture for inspiration.

Grab your best friend and go as Broad City’s Abbi and Ilana. You can probably just grab the clothes you need out of your closet — however, make sure to bring a bong or joint to make your rendition truly accurate. Feeling like going the superhero route? Let Kevin Smith guide your spandex style as you and your buddy dress up as Bluntman and Chronic! Hanging solo? Why not show up as the Zig-Zag Man, the face of the popular Zig-Zag brand of rolling papers? And, if you carry some actual rolling papers with you, along with some of your finest green, you may just be the biggest hit at the party. 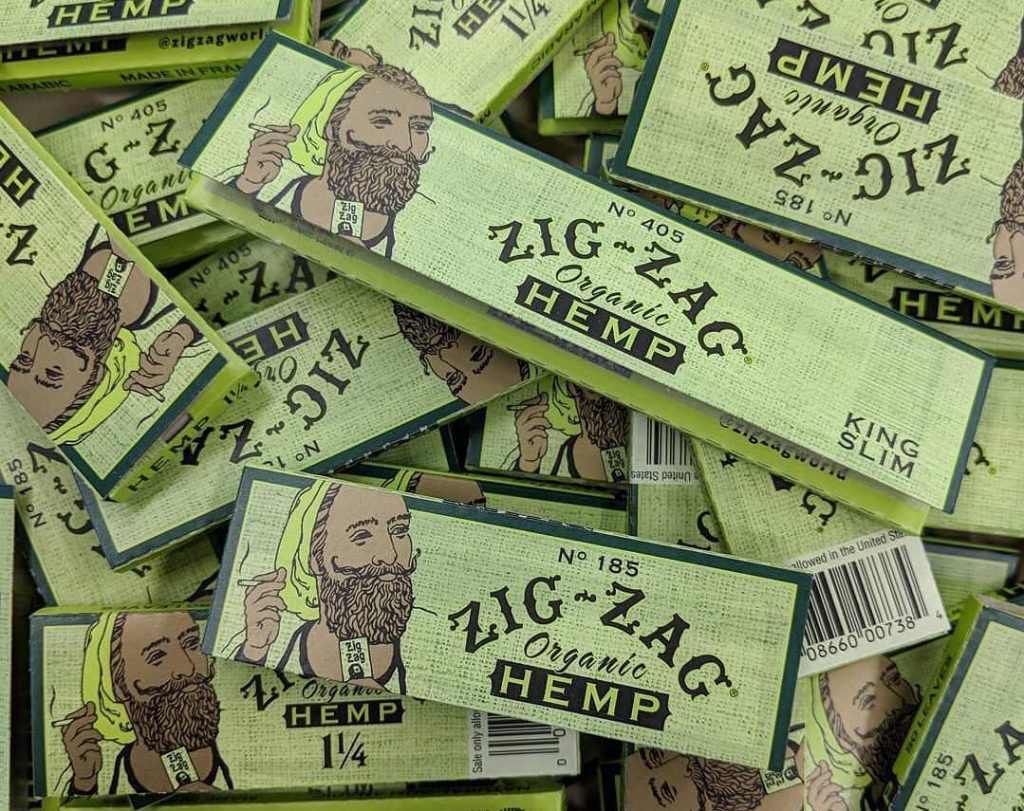 Try dressing up as the classic Zig-Zag Man for Halloween. And don’t forget to carry some hemp rolling papers with you. (Image courtesy of @zigzagworld)

Holidays always brings out the kitsch, and it’s no different when it comes to cannabis. Instead of smoking a regular joint, snag one of MJ Arsenal’s Limited-Edition Blunt-O-Lanterns ($30), while stocks last. Simply pop your joint in the blunt-holder spout and puff out of the mouthpiece as the terrifying Blunt-O-Lantern fills up with smoke. Etsy also has a variety of spooky smoking accessories, from a ghostly decorated chillum to a skeleton cat ceramic pipe. 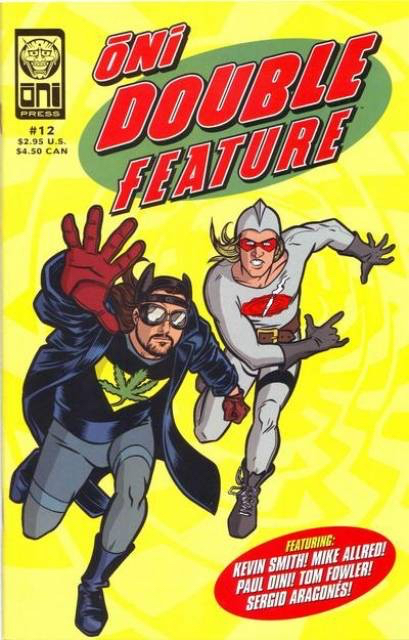 Kevin Smith comic-book characters Bluntman and Chronic are the perfect pot-themed duo to dress up as for Halloween.

Highs To Heighten The Horror

Getting high on Halloween can end up going in many surprising, different directions, so it’s helpful to know what outcome you’re looking to achieve. If you’re planning to hit the local amusement park’s night of frights, or hosting a Halloweed party of your own, you might want to go with strains that will add an exhilarating extra scare. For fueling the fun and frightening good times, stick to energizing strains that boost your creativity without making you sleepy, like Jack Herer, Chemdawg, Purple Haze, Jillybean and Golden Pineapple. 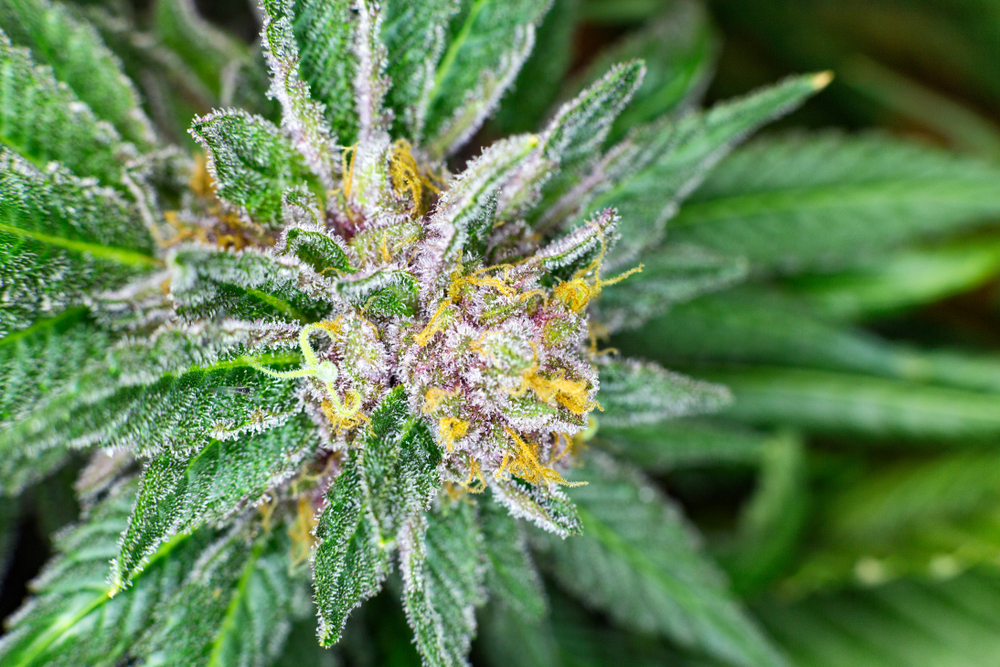 For delighting in frights, stick to energizing strains that enhance creativity, like Purple Haze

Smokes That Won’t Scare You

However, for those that are looking for a high that won’t spook you too much, you might want to look elsewhere. If your Halloween plans are a more sedate affair and involve seeing how much candy you can down while bingeing on horror flicks on the sofa, you’ll probably want to steer toward strains that provide some couch lock. After an evening of trick-or-treating, when you’re looking for some relaxation, choose strains like Northern Lights, Girl Scout Cookies or Master Kush to help mellow you out with a Michael Myers Halloween fright-fest.

Speaking of which, check out the official trailer for the 2018 installment of the Halloween film series, which marks the 40th anniversary of the original film, courtesy of Universal Pictures:

With Halloween, of course there is always a plethora of pumpkins. Instead of carving up a classic jack-o’-lantern, put these squashes to good use by creating a bong out of one of them. Pick up an extra gourd next time you’re at the pumpkin patch or the store where you’re buying fall decorations, then get to work! All it takes is a drill, a glass bowl or stem, a pumpkin and some weed, natch. Plus, a pumpkin bong is not nearly as labor intensive as carving an actual jack-o’-lantern. All you’ll need to do is: 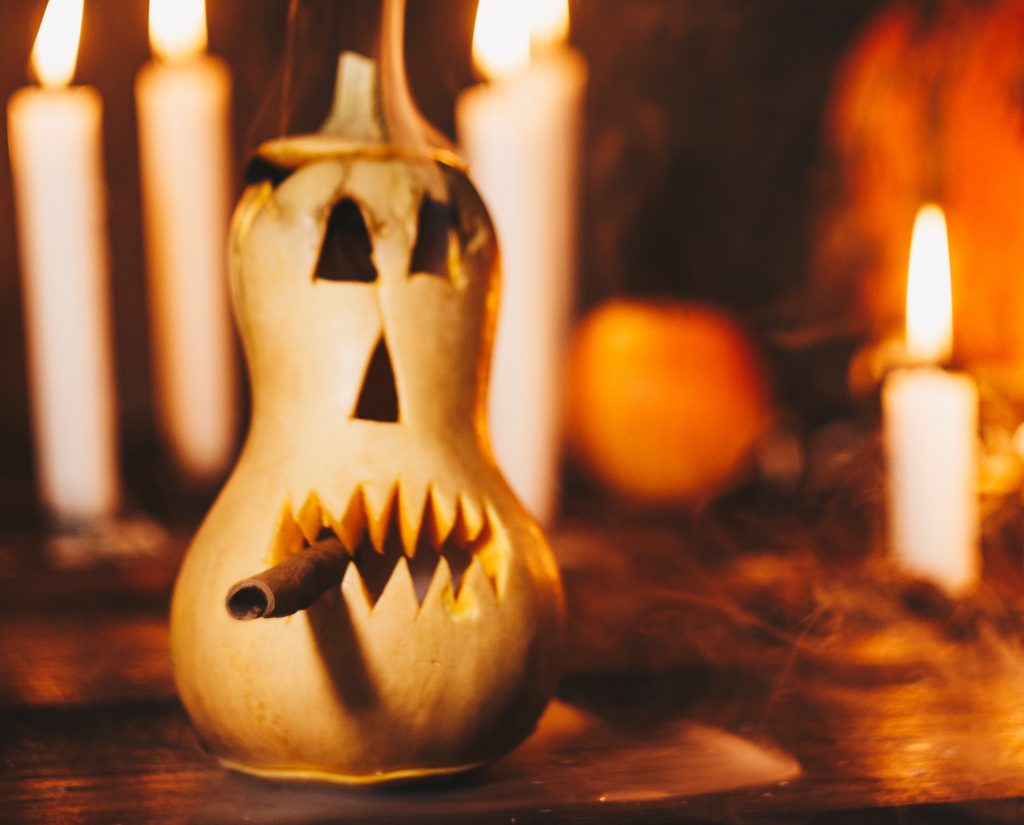 Carving out a pumpkin bong is a lot less labor intensive than carving out a jack-’o-lantern.

Serve Up Some Freaky Food

There are many ways you can include sweet edibles in your high Halloween, but why not look beyond the obvious and serve your guests something special? Chef Monica Lo, who makes delicious, infused meals on her website Sous Weed, shares with us an exclusive Halloween recipe for Turmeric Pumpkin Soup.

According to Lo, “Cozy sweater weather calls for a bowl of comforting pumpkin soup. In addition to the canned pumpkin, sauteing an acorn squash brings out the nutty sweetness while soaking up the warm, caramelized flavors of the onion and garlic. A little Sous Weed butter, preferably infused with a strain with spicy or piney terpenes, such as beta-caryophyllene or alpha-pinene, will give depth to the dish with another herbaceous flavor profile. The recipe for Sous Vide cannabis-infused butter and more can be found on SousWeed.com.” 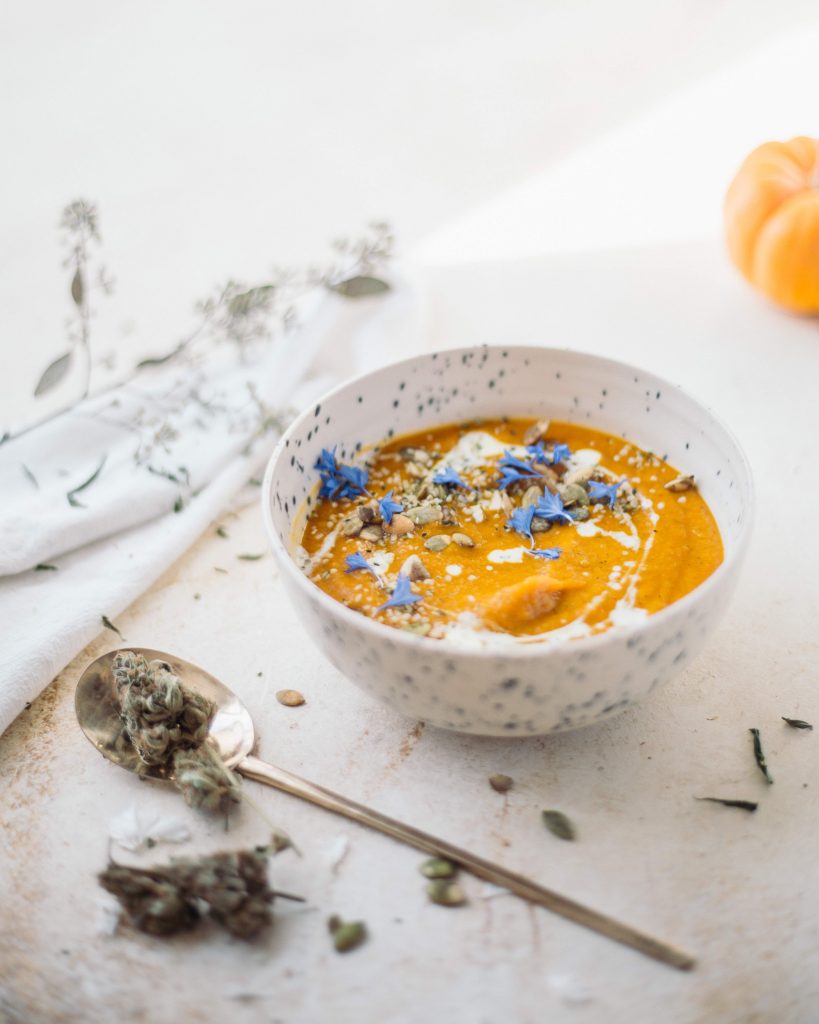 Get delightfully jittery with this Medicated Turmeric Pumpkin Soup, care of Chef Monica Lo. (Image courtesy of the Sous Chef)

Financial Planting: Are Insurers Finally Coming Around To The Cannabis Community?
2018 Midterm Elections: Our Ultimate State-By-State Guide To The Who’s Who Of Pro-Cannabis Candidates