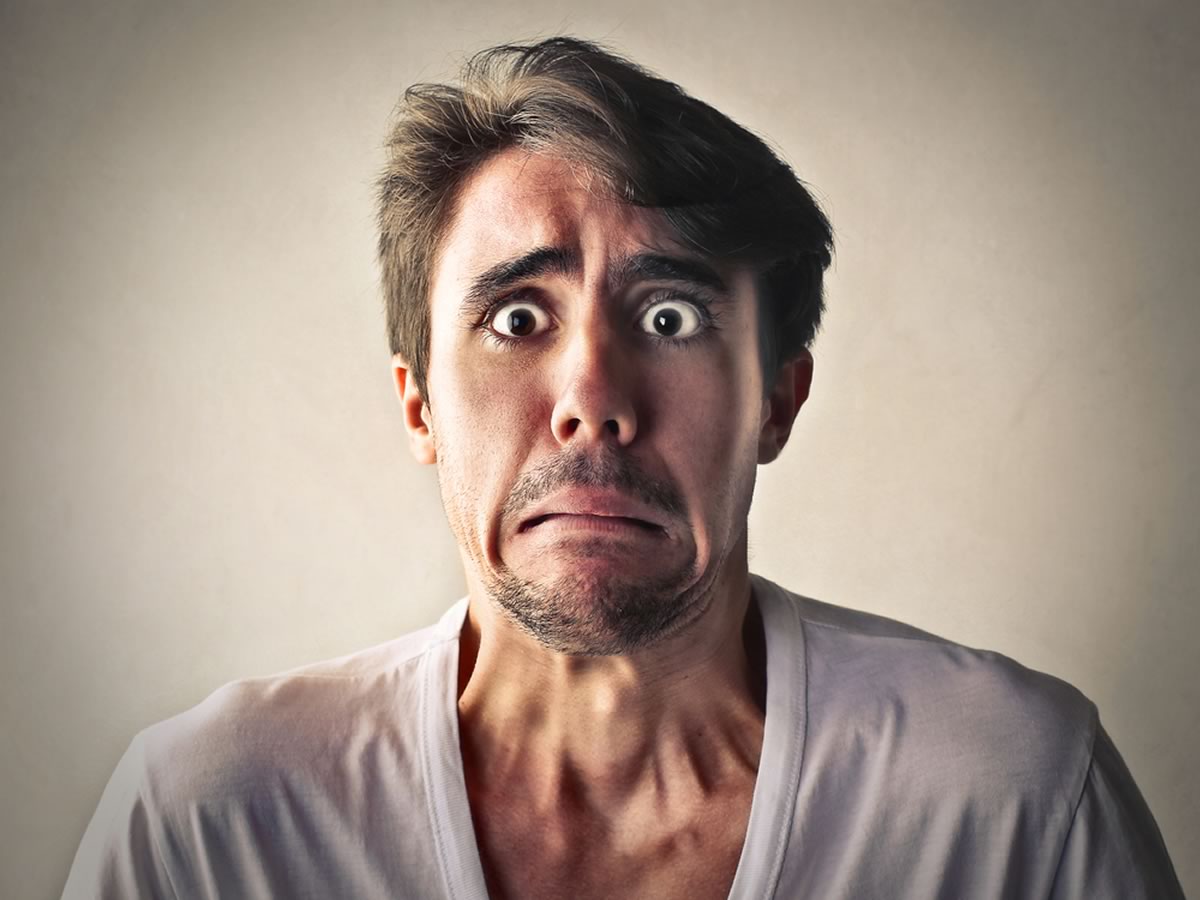 Marijuana paranoia can make you feel insane!
By Daniel Dharma | Published: May 6, 2015

These factors include your state of mind, where you are, the kind of marijuana you’re using, and who you’re around when you get high.

In another article, we talked about a hypocritical kind of marijuana paranoia in the hydroponics industry, in which major hydroponics manufacturers and media companies who profit from marijuana growers refuse to respect us, and sell us inferior fertilizer and hydroponics equipment products not made for marijuana plants.

You even see marijuana strain listings that include warnings like “this strain can cause paranoia or anxiety, so don’t smoke it in the evening.”

Marijuana paranoia usually includes racing thoughts and “too many thoughts,” but that’s not the whole story. It’s whether or not the thoughts are beneficial or hurtful that really counts.

For example I know a girl in PhD school who uses Sativa marijuana to stimulate her mind so she finishes her physics coursework faster.

The marijuana high increases the quality, rapidity, and quantity of complex work she can put out.

On the other hand, when this same girl uses Sativa cannabis when she has no schoolwork to do, her “over-stimulated” mind focuses on negative thoughts that produce worry and panic.

Things that make her feel a sense of dread, like something very bad is happening or about to happen.

If she isn’t focused on schoolwork, her mind fills its empty spaces with worrisome thoughts.

So one tactic to transform a potential marijuana paranoia situation is to give your mind and body something useful to do when you get high on stimulating marijuana.

Another tactic is to do physical and psychological self-monitoring when you get high.

The obvious answer is to watch your breath when you’re high—force yourself to breathe deeply, fully, and evenly at a slower pace.

Your mind will calm as you do this.

One other useful part of marijuana paranoia is to examine the bad feelings and thoughts, and figure out what your mind is trying to tell you.

In many cases, getting high shatters illusions, defense mechanisms, and fictions that we all have, things that get us through the day because we often can’t face some part of our reality.

Then you get high, and you see through your illusions.

Suddenly you realize how much of a mess something in your life is.

This can seem very unpleasant, but it’s also an asset. Like the oil light on your car coming on when your engine is low on oil—marijuana is warning you of something.

Maybe those fears you feel, that you describe as cannabis paranoia, well maybe they aren’t all that irrational.

Maybe somebody really is out to get you.

Maybe your girlfriend really is cheating on you.

Maybe you really are about to get busted.

Pay attention to your “paranoid” worries. They might be omens.

On many occasions, my marijuana paranoia tipped me off to real danger I hadn’t seen, and saved me a lot of trouble.

Like when I was growing cannabis in Oregon, and my neighbor Dave kept asking me if I could get him some buds.

I didn’t know whether he suspected I was a grower or not, but it sure as hell seemed like he did.

I didn’t like that he was asking me about weed, as I’d never discussed marijuana with him.

One evening I got high on a Sativa cut of Skywalker OG, and got real paranoid.

I had this creepy feeling that somebody was trying to look inside my house.

I wrote it off to marijuana paranoia, but it kept bugging me.

So finally I gave in to the worries.

I crept out the front door and peeked around the corner of my house to where my grow room is.

Lo and behold, friggin’ Dave was standing a two feet from my house, obviously trying to figure out a way to see inside.

It was my marijuana grow room smell that had given me away.

I never said anything to Dave about it, even though he continued to pester me for weed while I continued to say I didn’t have any and had zero idea how to get some.

I moved my grow op to the other side of the house and engineered a better exhaust and odor control system.

I put a fence around my house.

I started doing martial arts training in my back yard so Dave could see me, and when we talked, I mentioned that I was getting firearms training.

Eventually, he stopped asking me about marijuana!

Pay attention to negative feelings and thoughts that come up when you feel marijuana paranoia, and evaluate them to see if there’s at least a kernel of truth hidden in the anxiety.

If you decide that your marijuana paranoia feelings are just empty ghosts, not worthy of your attention, dismiss them from your mind every time they surface.

Don’t feed them, and eventually they’ll go away.

One other thing to know, marijuana breeders are doing an admirable job of breeding stronger and stronger marijuana.

But some people can’t handle the strength of these new cannabis strains, especially older people who are novice marijuana users or who grew up in the 1960s and 70s when marijuana was a lot less potent.

Even if you only take one hit of this bud, you might get “too high.”

Your brain gets paranoid because it’s absolutely overwhelmed. In this situation, the best thing you can do is find a quiet, private place, put on some soft music, and ride the storm out.

If you do deep breathing and avoid focusing on panicky thoughts, the paranoid feeling will likely recede.

In our next article on marijuana paranoia, we’ll give you some interestingly “paranoid” movies and audio you can enjoy while you’re high!