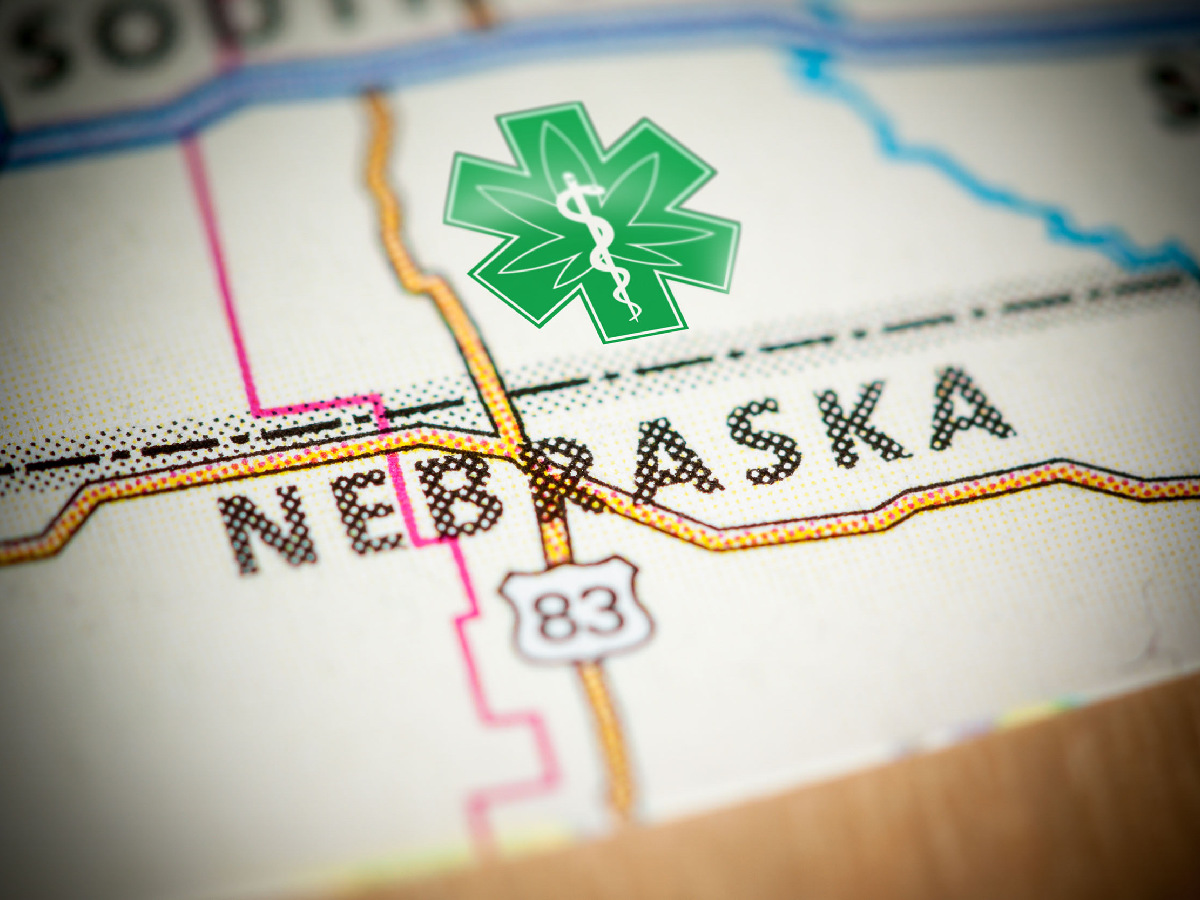 Although the Cornhusker State borders the Centennial State, Nebraska isn’t nearly on the same page as Colorado when it comes to sensible cannabis policy.

Back in December 2014, Nebraska and Oklahoma attempted to sue Colorado for its cannabis policing, claiming in the lawsuit that “the State of Colorado has created a dangerous gap in the federal drug control system.” The states argued they had to increase law enforcement along state borders in an effort to prevent cannabis from being transported across state lines. However, the hearing was denied by a 6–2 vote by the US Supreme Court in October 2016.

Border enforcement is not the only argument offered by the historically red state of Nebraska. Governor Pete Ricketts has made it clear where he stands, explaining in a statement released on the Official Nebraska Government Website that “marijuana is a dangerous drug.” This statement cites a 2014 study published in the New England Journal of Medicine from the National Institute on Drug Abuse — a research institute funded by, you guessed it, the United States federal government — that invalidated the benefits of cannabis. Meanwhile, plenty of credible research has since been released that supports the medicinal benefits of cannabis, such as the 2017 National Academy of Sciences report, titled “The Health Effects of Cannabis and Cannabinoids.”

Fortunately, times are changing. In January, Lincoln Senator Anna Wishart — a Democrat elected in 2016 to represent District 27, which includes the capital Lincoln — introduced bill 293CA into the state legislature, which if passed, would legalize medical cannabis statewide.

“Tens of thousands of Nebraskans are needlessly suffering because they don’t have access to medical cannabis, including veterans, children and the terminally ill,” Wishart told Live Well Nebraska. “Nebraska leaders have failed to act and provide these Nebraskans and their doctors the freedom to make decisions for their patients, without fear.”

The resolution only needs 30 votes in order to pass, especially since Nebraska is the only US state with a singular, unicameral legislative body, meaning a legislature consisting of just one house.

Additionally, cannabis activist Krystal Gabel is challenging Ricketts as a Republican candidate this year in Nebraska’s gubernatorial primaries on May 15.

Evidence suggests Nebraskans are more than ready for medical legalization. According to the Lincoln Journal Star, a whopping 77 percent of registered voters in Nebraska support medical marijuana. Additionally, 83 percent of those surveyed, regardless of their personal opinions and feelings about legalization, favored allowing those with debilitating and/or terminal conditions to access cannabis for medical purposes.

There are many more arguments to support legalization, such as implementing hemp agriculture, reducing prison populations, and redistributing tax dollars to social programs. However, to hear what issues matter most from the constituents themselves, Big Buds Magazine spoke to four advocates from across Nebraska to make the case for statewide medical cannabis legalization.

Treatment Of Mental Health Issues And Management Of Chronic Pain

There are many mental health benefits medical cannabis can offer. According to the Psychiatric Times, the plant can be used to treat symptoms of post-traumatic stress disorder, anxiety disorders, depression, attention deficit hyperactivity disorder, bipolar disorder, chronic pain, insomnia and schizophrenia. It can also be used to treat neurological conditions including multiple sclerosis, dementia and specific seizure disorders.

Cannabis can be used to fight opiate dependence, especially during an ongoing epidemic. Several studies, The Hill reports, show that access to medical cannabis decreases opioid use. Specifically, those in recovery from a history of addiction can benefit from state-run medical cannabis programs. However, access is key. Restrictive programs with limited lists of qualifying conditions are less likely to have such a positive impact.

After being arrested for possession nearly a decade ago, Omaha resident Sami Van Middelkoop developed chronic anxiety while on probation. Because her parents lived in Iowa, she needed to obtain a permission slip from her probation officer to cross the state border, which made her feel like she was doing something wrong in simply visiting her family.

“Between my symptoms of anxiety, PMDD [premenstrual dysphoric disorder] and PTSD, and my interactions with the legal system, I am 27 years old and have been off probations a handful of years,” Van Middelkoop tells Big Buds. “I still get butterflies in my throat when I have to think about asking a police officer for help. I’m afraid there is the time I will need a [police officer], and I won’t be able to ask them for help because I have a stigma that they think horribly of me, because they run my name and I’m a convicted felon. I’ve dealt with the fact they smell marijuana, whether they really do or not.”

This anxiety is especially triggered when Van Middelkoop is pulled over in her vehicle. During one such a traffic stop, her car was searched for cannabis. While shivering in 35-degree weather, she watched the officers rummage through her vehicle, throwing items from the console into the backseat, and unscrewing her DVD player. There was no cannabis or paraphernalia in her possession, but she was still subjected to “a lecture about how [she] needs to move 800 miles west.”

Van Middelkoop now uses cannabis to cope with the symptoms of anxiety, which is the result of trauma.

“I can’t catch my breath no matter what I focus on, but that inhale of weed gives me the ability to think about what I am doing with my body,” she explains.

Lincoln resident Chelsea Widhalm was diagnosed with fibromyalgia when she was 18 years old, but experienced symptoms from the age of 12. She was misdiagnosed with lupus at age 14 and her doctor began prescribing medication in an attempt to alleviate Widhalm’s chronic pain. However, it soon spiraled into stronger and stronger pain medications, such as Percocet. During this time, it was normal for her to carry a one-gallon bag of her medications with her.

“I was on morphine by the time I was 16 years old,” Wildhalm admits. “My biggest accomplishment is getting off the pain pills. I haven’t been on them for seven years.”

Nebraska has one of the lowest employment rates in the entire country. According to the Bureau of Labor Statistics, the state ranks as the fourth lowest (tied with Iowa and Vermont), with a 2.9 percent unemployment rate as of December 2017. However, that rate excludes those with felonies.

Many companies discriminate against people with criminal backgrounds to the extent that they don’t even consider their job applications. While some companies might excuse Van Middelkoop’s charge, since the incident happened over seven years ago, she still deals with the stigma of being labeled as a pothead by her employer and in the workplace. A medical designation, she stressed, would help the plant become more socially acceptable.

And because those with criminal backgrounds face such difficulty securing gainful employment, they of course have difficulty making ends meet financially. In today’s economy, a fine of a few hundred dollars is enough to cause someone to fall behind on bills for months.

“[I was fined] just under $400 that I could have spent on my son, taking care of things in my home, or a bill,” McMillan emphasized. “I am a person who lives on a fixed income. I don’t have $400 extra laying around because Nebraska doesn’t recognize the power and healing power of cannabis.”

A new industry means new opportunities. Legalization opens doors to new careers and professional skills. You can start a business. You can pursue training and certifications to become a budtender. You can even do the job you already do now — whether that’s marketing, accounting, law, journalism, web development, engineering — at some capacity within the cannabis industry.

Grand Island resident Jordan B. has earned certifications from the likes of THC University and other cannabis institutions of higher learning. Through these programs, he has learned the basics of growing as well as rules and regulations of Colorado policy. Additionally, he has completed the required training to become a budtender. However, these certifications come with a ticking deadline. If Nebraska doesn’t legalize, Jordan and his partner have considered relocating to Colorado to be fully immersed in the industry.

Industrial hemp alone, McMillan mentioned, would create new jobs in the agricultural sector, which the state certainly has the land for. Indeed, in January, Senator Justin Wayne of Omaha introduced legislative bill LB1133, which if passed, would legalize hemp production. According to the Kearney Hub, University of Nebraska at Kearney economics professor Allan Jenkins distinguished the difference between hemp and marijuana while testifying the bill during the session it was introduced:

“You cannot get high from hemp, but you might get rich.”

Meanwhile, other Midwestern states are starting to recognize the value of industrial hemp, with a similar bill having passed in the Missouri House of Representatives in February, 2018.

“[Hemp] is a fibrous material [of which] you can make paper, clothes, fabric — the list goes on,” Jordan explains. “If you can grow corn, you can grow hemp.”

When voters speak in favor of medical cannabis, their elected officials should take note of why: mental health treatment, chronic pain management, job creation for all including those with drug-related felonies, and hemp agriculture.

“Everybody can benefit from this, all the way from our children to our elderly,” McMillan says. “It can go into schools, nursing homes, and veteran care.”

Britain In Overdrive With Reefer Madness Super-Strength Skunk Scare
The Cannabis Experiment: Testing Your Grow To Get The Best Of Your Plants