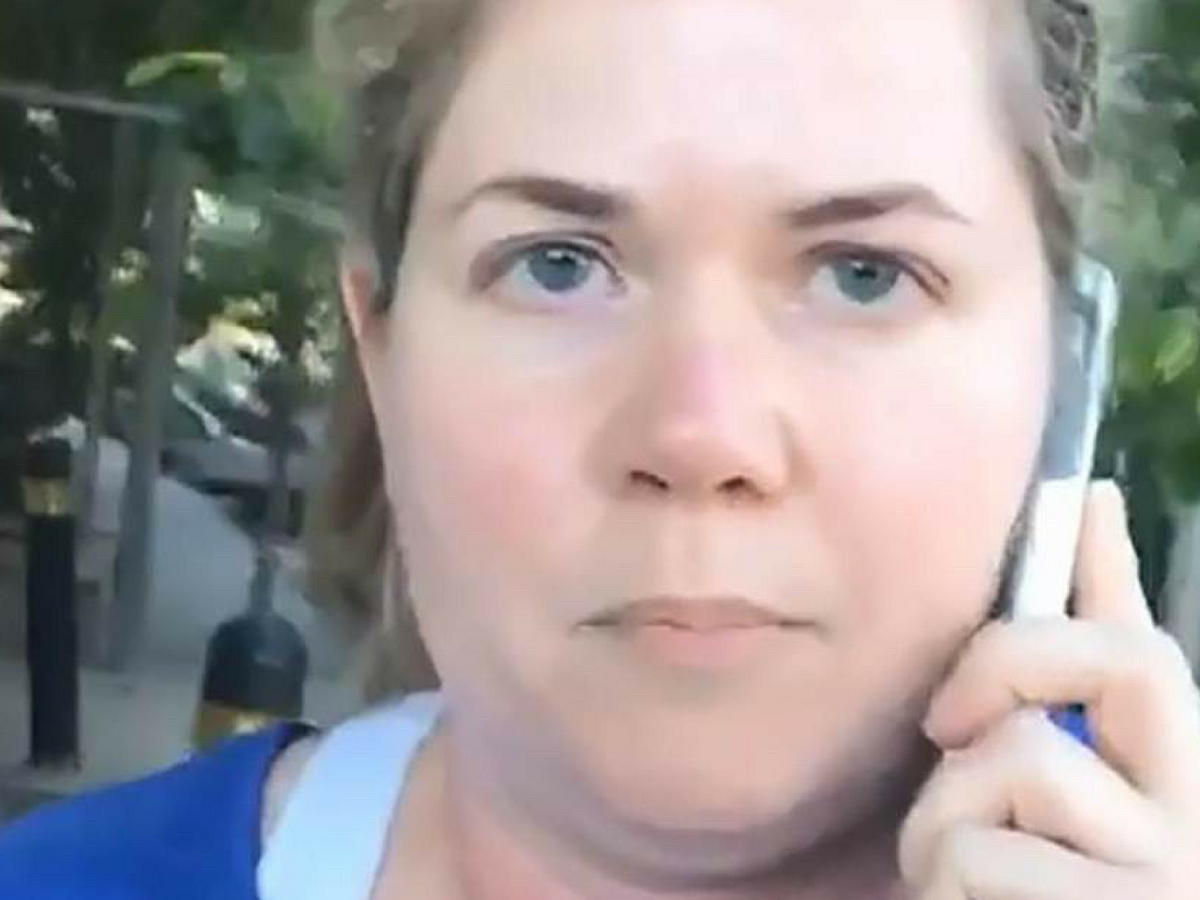 Ettel was filmed calling the cops on an eight-year-old girl for selling water without a permit outside her home in San Francisco. (Image courtesy of YouTube)
By Danielle Corcione | Published: July 26, 2018

This summer, the internet has experienced a wave of viral memes exposing white privilege through power-hungry players in the form of “BBQ Becky,” “Pool Patrol Paula” and “Permit Patty.”

While all of these white women — who have since been made into online mockeries — seem to share the same fragility, Permit Patty has a not-so-secret ghost in her closet: She is connected to the cannabis community.

Alison Ettel, nicknamed “Permit Patty” by the internet, owned a business called TreatWell Health, which produces CBD products for pets. Many of these TreatWell products were carried by surrounding Bay Area dispensaries.

Following the online backlash from video footage of Ettel, a.k.a., Permit Patty, calling the cops in San Francisco to report Jordan Rodgers, an eight-year-old black girl selling water without a permit, chief executive officer Ettel resigned from her company, according to USA Today. The decision to step down followed the announcement of several local dispensaries, who vowed to no longer carry Ettel’s products.

Check out the video of Permit Patty below, originally posted to Instagram by @Ladyesowavy:

According to a statement by Women Grow CEO Kristina “Kay” Garcia that was released in late June following the incident, Ettel hasn’t been a member of that community since 2016. The organization doesn’t condone her behavior and expressed that she is not welcome at any of its future events:

Yesterday Women Grow became aware of a video circulating online featuring a woman identified as Alison Ettel who was once affiliated with our company. The woman was filmed harassing a mother and daughter selling water in front of an apartment building. We want to make clear that Women Grow does not support the bullying behavior demonstrated by Ms. Ettel.

Women Grow even removed Ettel’s photographs from its platform and made a point to support businesses who have since declined to carry Ettel’s products.

But following release of the damning footage, helming a potentially lucrative cannabis company isn’t the only opportunity to have slipped through Ettel’s fingers. It turns out she was one of the competitors earmarked to appear in the upcoming reality competition show The Next Marijuana Millionaire™, but ultimately pulled out of the competition at the last minute before filming began.

“I think [Ettel is] probably gonna be kicking herself once the show does come out,” The Next Marijuana Millionaire producer Nick Krasnic tells Big Buds. “She’ll realize it was probably the wrong decision to back out, and if she would have come on the show, maybe none of this [viral stuff] would have ever happened.”

So, not only did Permit Patty potentially miss out on the $1,000,000 grand prize and business partnership with the show’s star, Advanced Nutrients CEO BigMike Straumietis, but she also missed the opportunity to connect with a community of other up-and-coming cannabis entrepreneurs — a community (who typically errs against calling the cops) that she could have taken a hint from.

But of course, Permit Patty didn’t need to be on a reality show in order for her so-called character to be exposed.

“It would have been interesting to have her on the show, to see if some of these other aspects of her personality would have come out on camera on the show for the whole world to see anyway,” Krasnic notes. “It might not have gone in her favor, but I think what she did was probably the worst possible scenario that she could have done to herself.” 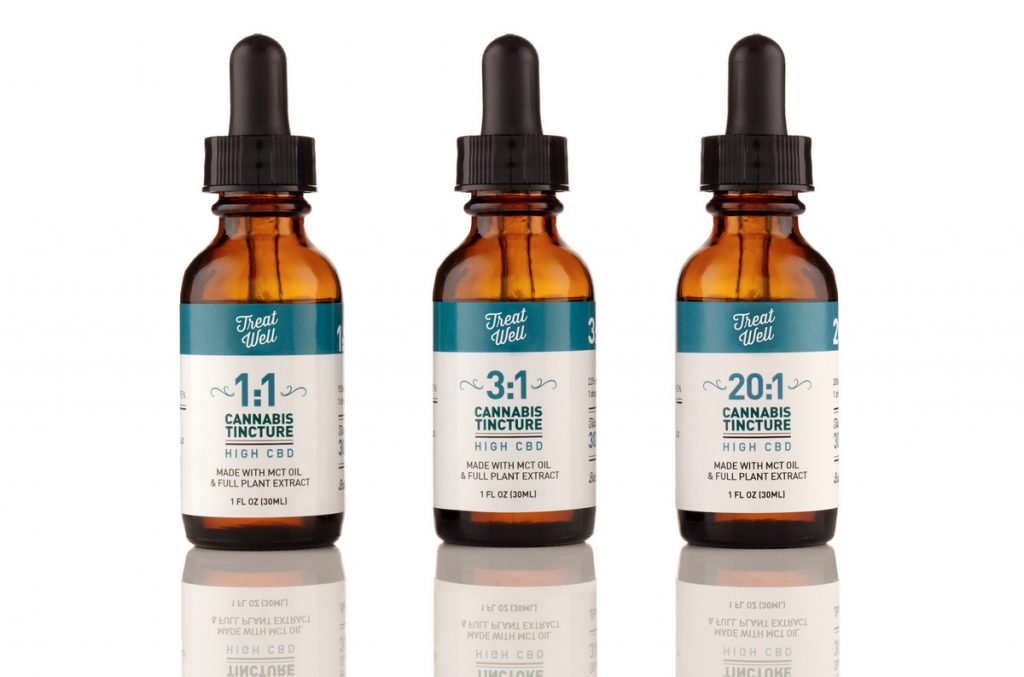 When the video of Ettel went viral, she stepped down as CEO of TreatWell Health, makers of CBD products for pets. (Image courtesy of @TreatWellHealth on Twitter)

Krasnic also explained that part of the reason behind Permit Patty dropping out of the show could be due to her working solo. Running a business by yourself is no small task and in such circumstances community becomes that much more important. Community not only provides fellowship, but it can offer diverse perspectives and peer-to-peer mentorship that Permit Patty particularly seems to lack.

“Especially in the cannabis community, nobody likes snitches,” Krasnic emphasized.

Since Permit Patty stepped down as CEO of TreatWell Health, the company has released a press statement to publicize its upcoming rebranding and new leadership:

Rosette Wellness is the new name given by Co-Founder/CXO, Harry Rose of the company formerly known as Treatwell Health. The company is also moving forward with their announcements of their new CEO and COO.

“We remain highly committed to our Medical Cannabis treatment care and serving our patients in need. This restructuring of ownership and management brings the opportunity to select a new team that mirrors our spirit of positive, compassionate, patient care. We will continue our care for all people in need of our safe and consistent nutraceuticals. Our medicines have never held any biases, prejudices, or deflections from our company’s values and that includes diversity and respectful humanity.

Stay tuned for an official air date for The Next Marijuana Millionaire, which is yet to be announced. However, what we do know is this: A winner has been chosen, and it for sure is not Permit Patty.

Hemp Producer Root Origins Is On A Mission To Rid The World Of Polluting Plastic, One Bottle At A Time
Sip Don’t Smoke: 5 Cannabis-infused Beverages You Need To Try