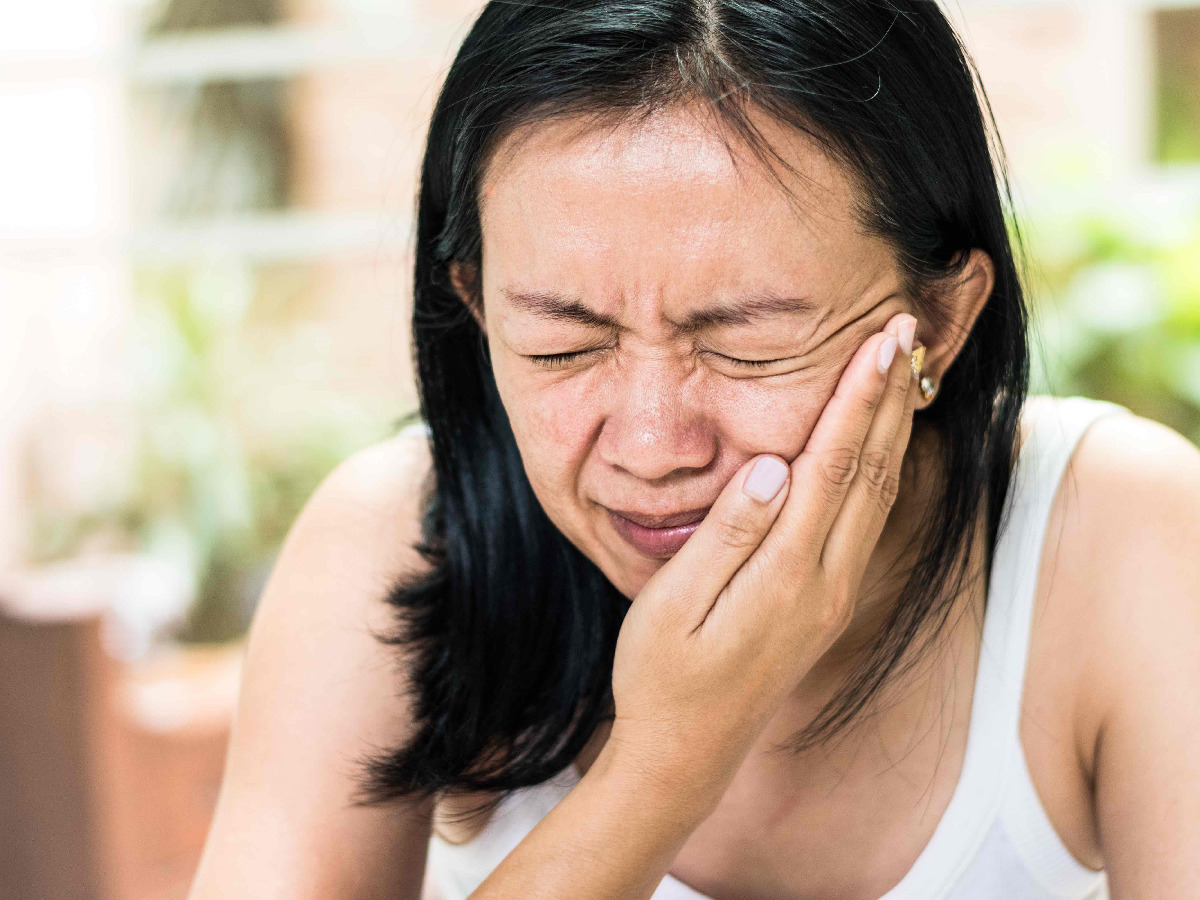 When you’re living with an unexpected case of facial paralysis — one that is accompanied by exhausting tremors, compromised sight and speech, and heightened anxiety — it’s understandable that there is a desire for a magical cure. So, imagine the moment you actually find that cure.

Almost 10 years after being diagnosed with Bell’s palsy, Florida resident Curt Platt wasn’t sure he would ever find a cure for the condition that impacted his facial nerve as well as his daily life. But eventually, he did. Despite there being little clinical research surrounding it, Platt is a testament to the amazing healing powers of CBD.

According to John Hopkins Medicine, Bell’s palsy is an unexplained and somewhat sudden onset of facial weakness or paralysis that affects around 40,000 people every year in the United States. Due to facial nerve damage, communication between the brain and the face is interrupted, causing a range of paralysis and leading to the patient’s face drooping on one side where the facial nerve is located.

This facial paralysis usually goes away on its own, though a patient can have prolonged and repeated flare-ups in between long periods of being symptom free. There are a variety of possible causes of Bell’s palsy, including diabetes, trauma, high blood pressure or a tumor, but most people exhibit symptoms after having a viral infection. In Platt’s case, he experienced a random virus while vacationing in the mountains of Colorado — something he had originally chalked up to altitude sickness. However, back home, when he woke up one morning only two weeks later, he knew something was wrong.

“I went to spit and it kept landing on my chest,” Platt recalls. “I had just woken up, and I went to look in the mirror and my face looked like melted wax. I thought I had a stroke!” Platt immediately went to the doctor, who diagnosed him with Bell’s palsy.

Platt’s palsy eventually went into remission and he could go a couple of years before seeing symptoms again. Then, it got worse, with flare-ups occurring every 6–8 months, causing Platt pain, tremors and more. During bad bouts, he was unable to work, and relied on friends and family more than usual. All of the physical stress started taking a mental toll on him. One of the issues with Bell’s palsy is that there is no medication to fix it. While you can treat your virus — if that is indeed the cause — it doesn’t rid your system of future flare-ups. Instead of treating the palsy, you end up treating the symptoms and figuratively treading water to avoid constant bouts.

Doctors will prescribe patients a variety of temporary solutions: Steroids to reduce inflammation, antiviral medication, analgesics to help with pain, physical therapy to stimulate the facial nerve, or alternative therapies like acupuncture, electrical stimulation, and vitamin therapy (particularly B12, B6 and zinc). According to Platt, he tried a number of these treatments — including injecting himself intramuscularly with B12 up to eight times a day — but found little to no relief, which was challenging, particularly because his flare-ups would last longer and felt more intense as the years went on. 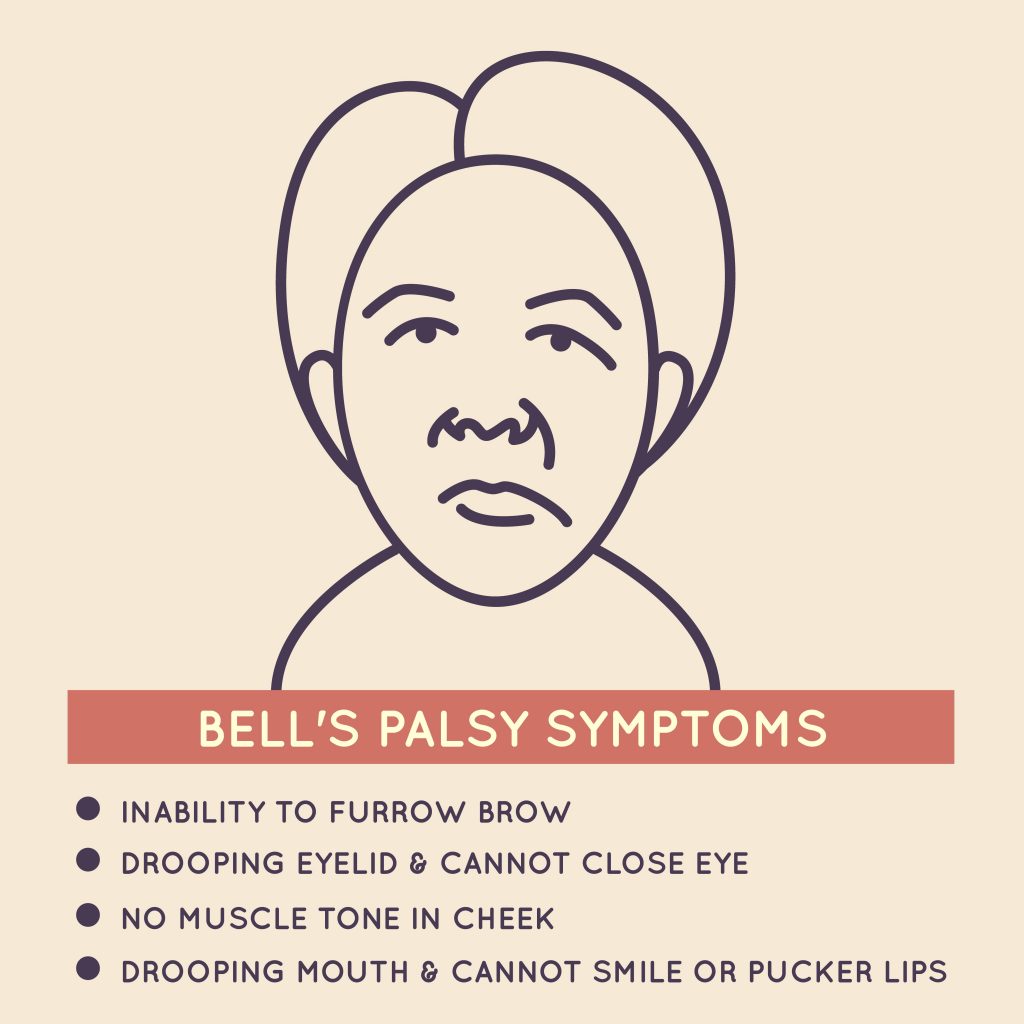 “I’ve got the kind that is a bit painful because you shake a little bit,” Platt shares, describing his symptoms. “Because of the nerve on the left side of my face, my eye either locks into place — either up or down. Closed isn’t so bad. Although, you get a little vertigo, but at least you can sleep some. But when it locks up, I can’t close it, so I can’t sleep. I was pretty miserable.”

A few months ago, Platt’s friend decided to take him out in hopes of improving his mood. While they hung out, his friend told him about a possible treatment: CBD tincture. Through a friend of a friend, they heard of someone else with Bell’s palsy who used this treatment successfully. As Platt says, “I was game for anything at that point. If someone had offered me a cow patty and said it might work, I’d give it a whack!”

Platt ended up getting a special CBD oil from World Class Health CBD in Colorado. He wasn’t sure what to expect and anticipated that it would take a few days to feel any positive effects, if at all. Imagine his surprise when, only 5–10 minutes after taking two eye droppers full of the tincture, he started feeling real relief.

“My anxiety — which was at a 10, I could feel my heart racing — went to a one,” Platt says, still in gleeful shock at how quickly the CBD oil worked. “I stopped shaking. The body tremors had stopped. When my buddy walked into the room a few minutes later, he immediately noticed that my face was better and my eye was open. It was actually blinking!”

Platt felt a relief of symptoms across the board, and he hasn’t had a flare-up since he started taking the tincture. He also has not experienced a single negative side effect of the CBD, and he even has a suspicion that the tincture has helped his back pain as well.

His specific treatment is one that not only has CBD, but a high concentration of CBG, a cannabinoid that is hugely beneficial in reducing inflammation, protecting neurons, and has been shown to inhibit muscle contractions among many other results. Andrew Clark, one of the co-founders of World Class Health CBD, explains the regimen his company started Platt on and how they decided on his treatment.

“Curt Platt’s current treatment for Bell’s palsy is 100 mg a day of our high-CBG, full-spectrum tincture,” he tells Big Buds. “We believe the reason our treatment of Platt’s BP was successful is mainly due to the neurogenesis thought to be caused by CBG.” The folks at World Class Health CBD knew that Bell’s palsy causes severe inflammation of the facial nerve and the face in general. Their theory was that the CBD would reduce swelling and alleviate pressure on Platt’s facial nerves.

“After the CBD reduces the swelling,” Clark continues, “it would give the CBG a chance to revive the nerve that had been damaged over the last 12 years.” So, it’s like a one-two punch that ends with a pain-free, fully function face. According to Clark, none of the cannabinoids like CBG are as well-researched as he would like them to be. Most of the information they have has come from Israel, a reliable source of cannabis and hemp studies since the 1970s.

Here’s what we do know about CBD (and other beneficial cannabinoids, like CBG): Various cannabinoids have been shown to be neuroprotective antioxidants. That is, they have the potential to reduce damage to nerve cells that are inflamed. And, in fact, CBD overall is an excellent anti-inflammatory, as Clark noted, which also helps. In addition, CBD has pain-relieving properties, which can help some of the symptoms of Bell’s palsy, including headaches and other associated aches and pains.

However, with the current state of cannabis and hemp laws here in the US, Clark says he is not allowed to claim that his company’s high-CBG oil cures anything, though he suggests giving it a go, as the anecdata he has collected only shows positive outcomes. In fact, Platt is not alone. There are other stories out there about patients finding relief for Bell’s Palsy through high-quality CBD products. Unfortunately, due to federal restrictions, there is little clinical research being done to back up these anecdotes.

It is clear that some folks with facial paralysis are limiting their pain and damage to facial nerves through their consumption of CBD. And, despite the lack of scientific data to back it up, it seems like these hopeful stories are enough for some folks to give the treatment a shot. While Platt was World Class Health CBD’s first Bell’s palsy patient, ever since word of his successful treatment spread, the company has been hearing from other folks around the country who want to try the regimen in hopes of finding relief.

As The World Burns: What It’s Like Growing Cannabis During The Climate Crisis
A Roundhouse Kick To Roundup: Cannabis Community Backs Groundskeeper Who Took On Scotts And Won