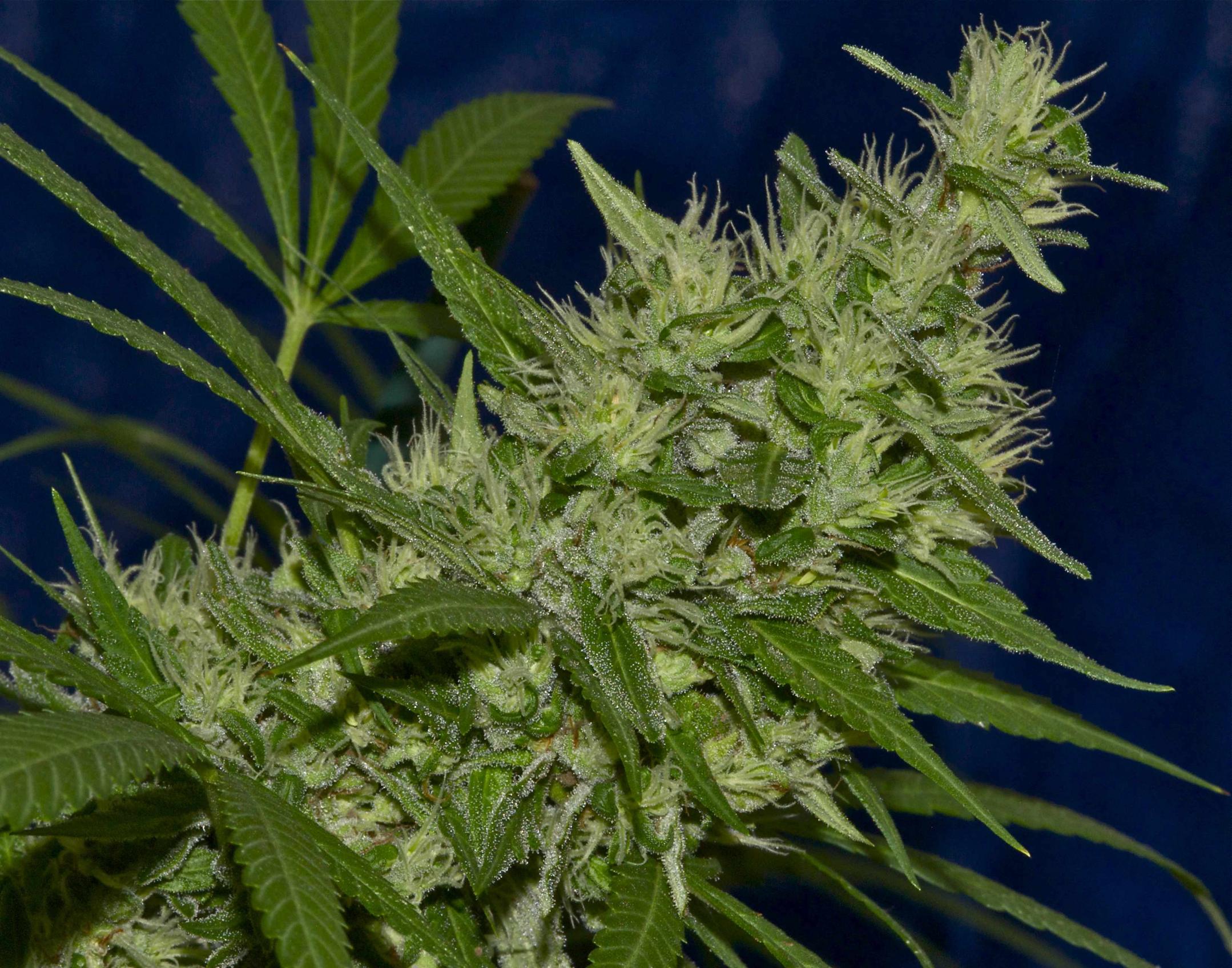 I’m sure it’s happened to you—inhale some fine marijuana, and a few hours go by, but you thought it was only a few minutes.

Or you inhale some fine marijuana, and you think a few minutes have gone by…but it was actually a few hours.

Marijuana’s ability to radically change our perception of time is one of its most well-known effects.

But when I inhaled a marijuana strain called “Timewreck” I was worried that all my watches and clocks had broken.

That’s how far from reality my time perception was.

I topped my plants early to keep them low and shaped a nice round canopy on each of them with 6-8 main colas that stretched about 22 inches after I flipped my lighting to 12-12.

I poured on the Nirvana, Bud Factor X, Bud Candy, and Big Bud to fuel Timewreck’s distinctive scent and flavor.

While these buds were growing and after a month-long cure, the smell was strong and addictive, with scent influences including mango and kiwi.

I averaged about 135 grams of sticky bud per plant.

The buds smelled up the cure room and my refrigerator, even after I put them in mason jars.

When I first sampled Timewreck, my main use of marijuana was to get high and then do a 25-mile bicycling circuit I’d been riding for three years.

I knew every twist and turn on those backroads, and how long each segment took me.

But when I was high on Timewreck, I couldn’t recognize any of the roads or scenery.

It was as if I’d never been there before!

I’d come to a crossroads and have to stop and stand there wondering do I turn right or left or just go straight, what road is this anyway?

A riding segment that was supposed to last a half hour would happen in an eye blink.

I’d get to a turnoff or other landmark, and after I finally recognized where I was, I wondered what happened to the last 30 minutes.

And I couldn’t remember much of anything while I was high on this marijuana.

My memory was completely erased.

Many a time while stoned on Timewreck I’d realize I’d missed the turn I was supposed to take and was completely lost.

Miles had gone by when I was on the wrong road, but I hadn’t noticed.

Timewreck didn’t just temporarily erase my memory of bicycle routes, but also my memory of what I was doing and thinking during the ride.

Timewreck marijuana effects remind me of the Jim Carrey movie “Eternal Sunshine of the Spotless Mind.”

When I was stoned on Timewreck, it was like my short-term memory was erased, which was a good thing, because my Timewreck harvest came right after my lover left me heartbroken.

So when Timewreck compassionately wrecked my sense of time and made me forget things, it made my heartbreak more bearable.

Instead of crying for my lost love, I was able to glide with a stoner grin on my face, in a Timewreck frame of mind.

I found if I only took a couple of hits off the Timewreck, I could ride forever, with a sense of excitement, not feeling any fatigue.

But if I took too many hits, it was like an Indica or Kush high, so sedating that I wasn’t eager to get on the bicycle.

Yes it’s true other marijuana strains also affect your sense of time. You gotta be careful on the highway when that effect kicks in.

One time on a Timewreck marijuana bicycle ride, I came to an intersection, looked down the road, and saw a car coming at me from far away, very, very slowly.

I rode into the intersection, then heard the car’s horn blaring at me as the passenger side bumper missed me by inches.

But hey, I can’t complain. Timewreck is medicinal in ways that help my mind cope with life and loss.

I can’t get through the day without Timewreck.

I’m almost out of it, and I’m not sure my next crop will be ready in time to feed my need for this great TGA marijuana.

If you want to experience a time warp, or erase painful memories, go for TGA Subcool’s Trainwreck marijuana.

This is one marijuana strain that truly lives up to its name!

Three Ways You Might Get Hurt Using Marijuana
Stoned Drivers Take A Driving Test — How Much Marijuana Is A DUI?