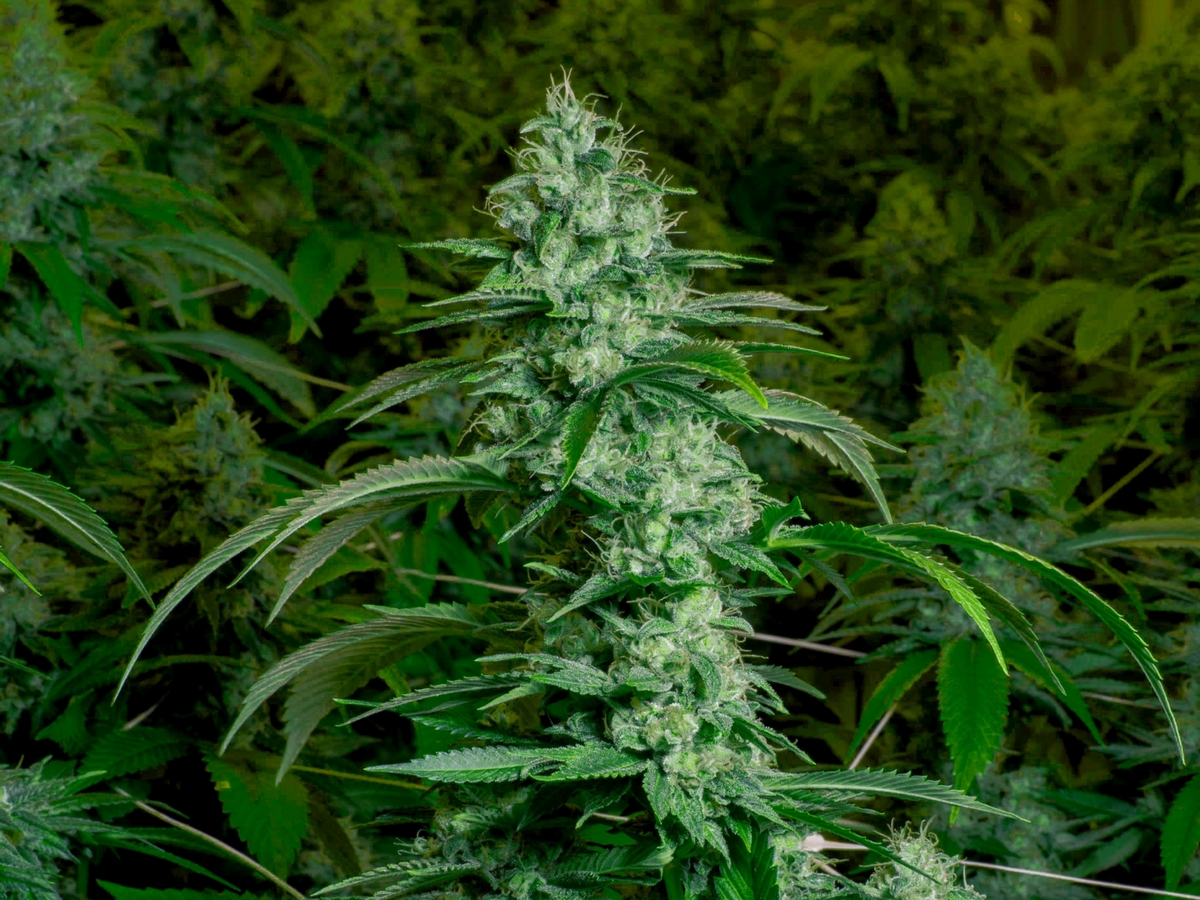 I’ll admit it: For years, I’ve harbored a personal bias against any sativa strain. In fact, I used to even go so far as recoiling from sativa-dominant hybrids altogether, that’s how far my perceived disdain went. However, once I started growing cannabis on my own and expanding my knowledge of what “indica” and “sativa” really mean, I was able to look past my bias to be able to both grow and enjoy the occasional sativa.

I still remember my first panic attack. I had always had simmering anxiety, but chalked it up to a packed and occasionally stressful life. Yet one night, after having smoked a bowl of some sativa strain, I experienced something I had never felt before in my life. My stomach started hurting, my legs started convulsing, and my chest felt like it was being squeezed between a vice. As I lay crumpled in a sweaty ball in the bathroom, my cheek pressed to the cold tile floor, I decided that whatever was happening was the worst thing ever, and I never wanted to feel like that again.

It would take many weeks, many tests, many lost pounds (I lost 15 percent of my body weight in two weeks), and some trial medication before my health insurance providers figured out that it was all “just” anxiety, with the occasional panic attack tossed in for good measure. In my exhausted, anxiety-riddled brain, I immediately placed the blame on the sativas I had smoked. After all, everyone knows that people with anxiety should steer clear of sativa strains, since many can mimic the physical signs of a panic attack and crank up anxiety symptoms. Right?

Traditionally, sativas should all be head highs that get our brains racing, our creative juices pumping, and allow us to be social, alert, and even (despite “stoner” stereotypes) productive! Indicas should be body highs that get us couch locked and ready for a peaceful, healthy night of sleep. Yes, it would be much easier if we could box strains into two categories of sativa and indica and call it a day. Only, what I’ve learned is that it’s not quite that simple.

I like to think of it the way I think about the daily selective serotonin reuptake inhibitor (SSRI) medication I now take. While in general, folks take SSRIs to combat anxiety and/or depression, not everyone reacts to these meds in the same way. I was lucky. My brain reacted positively to the first one I tried. Other people can go through two, three, even more medications before they find the right fit for them. While these medications usually work for people in the same way, our bodies are unique, and not everyone will have the same benefits or side effects. The same can be said for cannabis.

Spencer Brewer, chief cultivation officer at Oregrown — an Oregon dispensary that grows its own organic cannabis — drives this point home when it comes to the plant.

“Everybody’s endocannabinoid system is different,” he explains. “Therefore, everyone’s experience is unique. There are a lot of factors at play with how a strain works for you and to categorize it under head and body high is doing it an injustice. I’m more interested in how a strain complements my life and helps me navigate the day.

“There is a lot of misinformation out there that categorizes these poly-hybrids under the wrong subspecies,” Brewer continues. “Just because the father plant was a sativa hybrid does not mean that the phenotypes expressed in its lineage will have those sativa qualities. This is the way that genetics work — just because my dad is tall and handsome, doesn’t mean I will be.”

And it’s true. After my bout of panic attacks, I swore off sativas. I assumed I would always hate them because of their anxiety-impacting qualities. But was that fair?

Growing Can Help You Learn About Each Strain’s Subtle Nuances

When my home state of Massachusetts legalized personal growing, I decided to test it out. After all, I also wasn’t the only cannabis user in the house, and sativas were a favorite of my husband. And, to be fair, he’s actually the one with the green thumb, so when I say, “I” am a home grower, I mean my husband is. But I do help (i.e. I sit back, watch, and cheer him on as he uses his background in science to meticulously nurture these plants into the budding beauties they become).

So, we grew sativas. And I listened to my husband explain all the nuances about blooming times, harvesting techniques and hybrids. Hearing about using cultivation techniques that boost CBD levels (to help temper high THC levels that might trigger my anxiety) sounded like a great idea. I trusted my husband, but at the same time, I still wasn’t sure if I trusted sativas. He was growing a Sour Diesel strain, which he thought I would like, but only if I could get past my mental-health sativa prejudice.

In my mind, I could only imagine the racing heartbeat, whirring brain and sweaty palms I would be facing, as opposed to the calming indica or CBD strains I favored. But, knowing that I wouldn’t have to ever try it again if I didn’t want to, I decided to see if he was right.

He was. I found that microdosing Sour Diesel was perfect for my daytime anxiety. I was still productive, my anxiety decreased, and I didn’t have a single panicky feeling. For me, the smaller dose is key. While I can easily consume large quantities of most indica strains, my body is just not able to do the same with sativas. I took two doses too quickly together and noticed a dramatic uptick in my heart rate. That was my cue to remember to slow down and keep better tabs on my dosage.

Also key for me? Sticking with sativa-leaning hybrids — for now. I’m easing my way back into the world of sativas, and hybrids are a good place to start. And I’m not the only one who thinks so.

I asked Brewer what advice he’d give to someone (like me!) who has always had a personal bias against certain strains.

“Find an early hybrid strain that works for you, something like Blue Dream, Sour Diesel or OG,” he suggests. “Start with something that was developed before the rampant hybridization — the poly-hybrid strains have a lot of elements mashed together and have a tendency to lack the subtleties of the first-gen hybrids. Let your endocannabinoid system digest this strain for a bit and become accustomed to it.

“Once you’ve gotten familiar with this base, then explore the different poly-hybrids of this variety and compare it to your base. I’m an OG head. I crave that clean, well-rounded high, and that gas and ambrosia flavor. So, I smoke OG during the day. If I’m going surfing, I might smoke my OG Ghost Train Haze [85-plus days flowering] for an uplifting, energetic experience. And, if I need to chill out, I know that if I smoke Dogwalker OG, I will be asleep in 20 minutes.”

When I first went on SSRIs, I was on a break from all cannabis. Then slowly, after a period of about six months, I started reintroducing indica and high-CBD strains to my life once again. It took a couple of years before I finally felt confident enough in my mental health and my husband’s skills as a grower to add sativa into the mix.

And because of this softly-softly, methodical approach to bringing cannabis back into my life, I was able to wean myself off Ativan, the stronger emergency med my doctor had prescribed, and have since decreased my daily SSRI intake by half. But it was a long journey to get there for sure.

If you’re like me, and harbor some not-so-nice feelings about sativas, why not start slow and take a chance? You might surprise yourself!