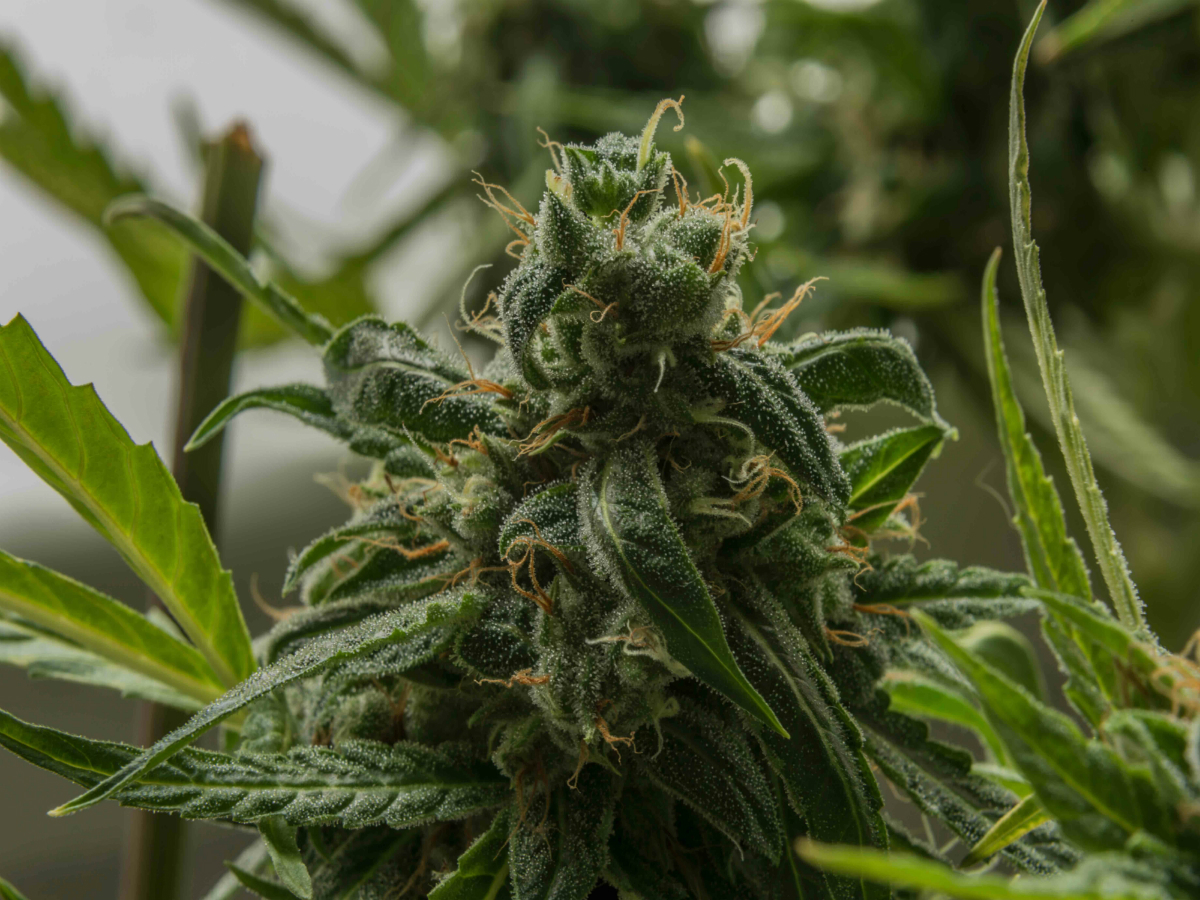 It almost goes without saying that cannabis is a plant that offers huge variety for consumers. Stroll into any dispensary in the world and you’ll find a wide range of cannabis strains — each with a different look, smell, taste and outcome. The strain is one of the biggest factors in determining people’s preferences when it comes to cannabis, so it’s an important topic for consumers and the industry alike.

Still, with thousands of known strains available, and new ones being developed all the time by cannabis seed breeders, the possibilities seem endless. For cultivators and brands, this means that the potential options for what strains to market are just as endless.

Indeed, decisions about which strain to cultivate and sell need to be made every time a new grow cycle begins, or a new product is being developed. But how are these choices made? How do these industry professionals sort through the options and choose the strains that are right for their consumer base?

To learn more about best practices and procedures for picking stellar strains, we interviewed cannabis professionals — including cultivators, retailers and processors — who make these choices every day.

The genetic background of a strain plays a huge role in its character, effects and popularity among consumers, so it’s important for cultivators to consider genetics when making strain decisions. For some, this means looking deeply into each strain’s heritage.

“Where we start is in lineage and pedigree,” says Spencer Brewer, chief cultivation officer for Oregrown, a vertically integrated cannabis brand and dispensary in Oregon. “What we’re really looking for is parent input from the first generation of polyhybrids, and that’s your skunk crosses, your OG crosses — things like that. Those are the foundation of genetics.”

For Oregrown, staying genetically close to the original landrace strains helps keep consistency and stability in the genetics.

For other producers, investigating genetics means looking at the strain’s overall popularity, or the popularity of its parents.

“There are certain things in the market that everyone just wants,” explains Troy Meadows, co-founder and marketing director for Legion of Bloom, a cannabis brand based in California. “Everyone likes OG Kush or Sour Diesel. Everyone knows them. They expect them. So, I think some manufacturers or some brands would make sure they had something like that as part of their offerings.”

Danny Sloat, owner and lead cultivator of AlpinStash, says his team tries to keep a balance when it comes to inventory. They retain some of the classic, tried-and-true strains on their menu, while also updating and changing it up by including original in-house strains.

“We plan our own genetics based on the parents’ popularity,” explains Sloat, adding that the decision often often comes down to “what we liked best as the growers, and what has the best bag appeal.”

Still, not everyone agrees that popularity of strains is the best way to choose which heritage to breed.

“People get burnt out on strains,” explains Aviv Hadar, CEO at Oregrown. “We consider ourselves tastemakers. Since we’re vertically integrated into one big organization on the retail side, it’s easy for us to say, ‘OK, well, the rest of the industry has X strain, maybe we should not grow that.’” Instead of keeping the classics in stock, Oregrown is always on a pheno hunt for new strains that might appeal to the new market. 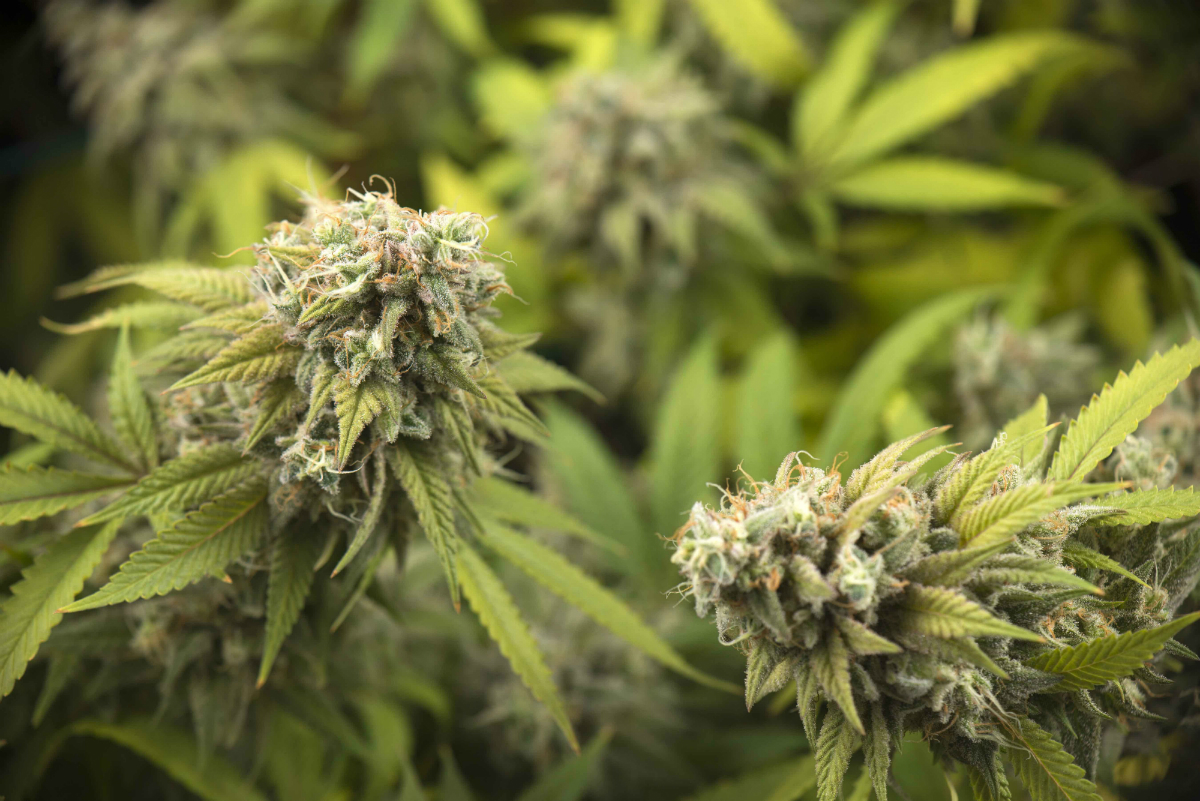 Sour Diesel is a popular strain among consumers, so many cannabis brands make sure to stock it.

The Foundations Of Pheno Hunting: Look, Smell And Taste

As we talk about genetics and pheno hunting, it becomes clearer how much of these strain decisions are being made based on instinct and experience. What makes a strain appealing to the mass market? It’s all about the senses.

“From a cultivator standpoint, I was always looking for things that had a really good nose,” explains Meadows, a cultivator with more than 15 years of practical experience. He says that back in the old days, before lab testing of product was as common as it is today, he relied almost entirely on his five senses, asking himself questions like, “Did it have good aesthetics? Did it look pretty? Was it sparkly?”

The aroma and flavor of the strain may certainly be its most important factor. Meadows says he looked — and still looks — for strains that taste the way they smell. “Those characteristics, where the smell actually came through with the flavor, I’ve always held in pretty high regard when making a selection.”

Sloat also prioritizes smell, saying that for AlpinStash, a wide variety of aromas is key to meeting the needs of consumers. “We try to get a full spectrum because everybody’s kind of different when it comes to the smell that they like and their preferences. And we’d like to give everybody an end product that they enjoy.”

While genetic testing and market research are starting to become more prevalent, especially as markets become increasingly regulated and commercialized, many cultivators stick to these old-school measures of quality. This makes a lot of sense. After all, these subtle factors are the ones that consumers will actually be experiencing, both in the store and after they’ve committed to their purchase.

Still, as the industry advances, testing for cannabinoid and terpene content is becoming increasingly relevant to strain selection. While THC and other cannabinoid levels continue to play an important role in selection, terpene profiles now appear to be one of the most crucial factors when it comes to picking strains.

“Cannabis has so many different terpene combinations and that’s where you get all these amazing effects from the specific strains.” explains Meadows. “Legion of Bloom really is focused on that terpene experience.

“You have patients and customers saying, ‘I really love this specific sativa because it’s super creative for me,’ or people saying, ‘I really liked this specific indica because it helps me manage my sleep cycles,’” Meadows continues. “I think what’s happening is people are starting to realize that it’s more about the way the terpenes are helping to modulate the effect of the cannabinoids.”

Oregrown and AlpinStash also shared that they use terpene content in determining what phenotypes to grow. For all three cannabis brands interviewed for the purpose of this story, the aroma and flavor from terpenes was important for flower, but Oregrown and Legion of Bloom both say they’re particularly interested in high terpene results for their extracts.

However, not all cannabis products work well with high terpene levels. Lisa Tollner, co-founder of California-based Sensi Chew, says her company often pulls out the terpenes from its products. While Sensi Chew does leave in some terpenes for their medicinal effects, the strong flavor and smell that comes from certain of these organic compounds makes them poorly suited to Sensi Chew’s range of edibles. By removing these terpenes, the company is able to improve the taste of its products. And this process has another side benefit as well — consistency of effect.

Sensi Chew isn’t a strain-specific product, and terpenes are responsible for most of the differences people perceive between strains. For that reason, leveling out the terpene content by removing some of them helps to keep the products highly consistent in terms of both flavor and effect.

“In our particular case with edibles, what we’ve found is strain is a little less important,” explains Tollner. “When you smoke cannabis, it’s instantly burned and goes through the pulmonary system into the bloodstream. In this case, the characteristics of the plant have a much more distinct effect on our biology. We feel those characteristics much more intensely and specifically based on the strain.” Tollnet explains that when cannabis is eaten and sent through our digestive tract, these strain differences are much less noticeable.

Instead of looking at terpenes, at Sensi Chew the extracts used in edibles are chosen based on potency, cleanliness, and overall cannabinoid content. “We’ll pick the extract based on a basic cannabis family, either sativa or indica. Indicas tend to be a little heavier in CBG and CBN.”

Cultivation Considerations When It Comes To Picking Cannabis Strains

Some cultivators speak on more practical considerations when growing selected strains. How much does the strain yield? Is it resistant to mold? What kind of growth structure does it have?

“It really depends on where it’s going to be and what system we’re using,” explains Meadows, who adds that “with an indoor cultivation facility, there is more flexibility because of the control over the environment. If you’re going to be in an outdoor environment, you’re going to limit your selections depending on the micro-climate you’re in.”

Still, the brands we spoke to seemed to view these considerations as background conditions to be met, rather than good reasons to choose a particular strain. “We look at everything from more of a boutique model, even when we’re thinking about scale,” says Meadows. “I would rather have something that yielded 20 percent less that had much, much higher appeal on the nose and the [outcome].”

Brewer also notes that yield isn’t necessarily a factor in his choice, but did add, “We’re not looking for anything that’s going to be falling behind the rest of our vigorous genetics.”

In the end, how a brand chooses its strains isn’t a particularly mysterious or technical process — rather, it’s grounded in the experiential facets of the plant we all know and love. These brands seem most occupied by the same things that motivate consumers to buy — namely smell, flavor, effect, variety, and the all-important bag appeal. While we might see this change as the industry becomes even more commercialized and regulated, for now, growers haven’t lost sight of the aesthetic nuances that drive our appreciation of cannabis.

These methods seem to be working. After all, as Sloat points out, “If the flower looks awesome and it smells awesome, there’s a good chance that people will really enjoy it and it will be a good end product.”

CNN’s Sanjay Gupta Comes Out Strong In Support Of Cannabis As A Viable Treatment For Opioid Addiction
Secret Millionaire: One Wealthy Marijuana Grower Reveals All