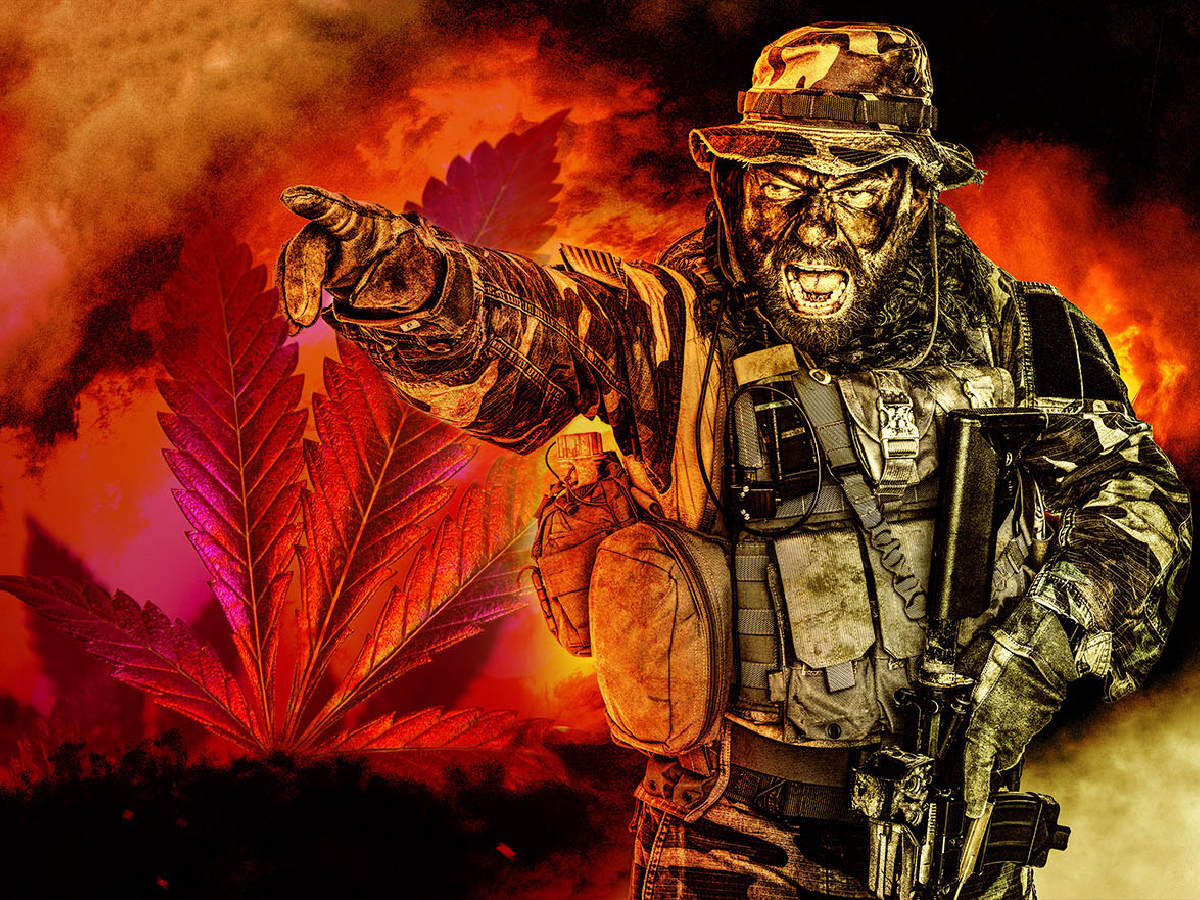 One of the nation’s largest cannabis economies has been suffering ongoing damages due to last year’s devastating wildfires.

California only recently enacted recreational legalization on January 1. However, some cannabis farmers are missing out on the green rush, despite their painstaking years of preparation.

After all, it takes just one slip-up — even when all other precautions and due diligence are carried out — to tank an entire cannabis business. CNN reported that at least 25 cannabis farms were destroyed by fire damage in Sonoma County alone. The economic losses were devastating and are still being felt today.

With a lack of financial and federal protections currently in place for cannabis business owners, they certainly felt their own vulnerability in the wake of the destruction caused by a string of recent natural disasters that have included wildfires, storms and mudslides.

According to Cal Fire, last year’s fatal blazes that decimated parts of California destroyed almost 460,000 acres of land, including many vineyards.

Big Buds Magazine spoke with Ashley Oldham, owner and master farmer of Frost Flower Farms, located in Mendocino County, about her devastating losses and what her life is like months later.

“I had 15 minutes to get out of my house,” recalls Oldham of the fires that ripped through her property late last year. “My friend woke me up in the middle of the night and I just grabbed my daughter and basically ran for it.”

Oldham’s home is located on the same acreage as her cannabis farm. Once she returned to her land after the fires had died down, she discovered her multiple commercial dwellings — one building plus another that was in the process of getting permitted, as well as two commercial greenhouses not yet completely constructed — in addition to her own house were burned to the ground. There were even a few small spot fires still smoldering when she arrived.

Professionalism And Support For Vineyard Workers — But Not For Cannabis Cultivators

At sunrise early one Monday morning last November, Oldham hiked three-and-a-half miles back into the fire zone with a backpack of sprinklers, “even though I wasn’t supposed to,” because she needed to check on her property. But because she was on foot, she couldn’t bring generators, wheelbarrows, and all the other equipment she needed to restore her property to a semblance of its former glory in a timely fashion.

When Oldham could finally drive back to her property a few days later, she noticed a big truck drove right in past the roadblock that had been set up by the US Army Corps of Engineers, who had been tasked with clean-up and debris removal. At the roadblocks, security redirected traffic from those wanting to enter the area, either granting or rejecting permission to pass through.

Oldham stresses that her farm is the fourth permitted in her entire county, which is certified by the Department of Agriculture. She is also one of two without any contingencies attached to her permit.

However, when she approached the roadblocks in her car, the security personnel’s response was decidedly flippant.

“I said, ‘I have to go tend to my cannabis garden,’ and they laughed at me,” Oldham explained. She even came back with paperwork proving her business was legitimate, but the guards still didn’t take her seriously.

As security continued to grant access to vineyard workers, it would be several days before Oldham was able to access her property, when the county sheriff finally approved her request to enter.

While Oldham says she doesn’t want to belittle how other business owners have been affected by the fires, she feels cannabis entrepreneurs have especially difficult obstacles to face post disaster. Most of these obstacles come from government or financial agencies not understanding that cannabis businesses are legitimate, recognized organizations. That’s why she believes preconceived notions about cannabis, including stigma toward cannabis consumers, needs to change in order for cannabis entrepreneurs to truly thrive in the US economy.

No Bank Accounts For Cannabusinesses

Oldham admits to keeping an extremely limited amount of money in her business banking account. She has had many bank accounts forcibly closed because her business isn’t technically allowed to have one. This is due to cannabis businesses not being recognized by major banks because of the plant’s classification at the federal level as a Schedule I controlled substance.

Instead, Oldham opted to not pursue the investment route, choosing to self-fund her operation with her life savings.

“I had all of my money burned, all of my savings burned,” she says, referring to the fact that much of her savings was tied up in cultivation assets.

While she was able to save a few plants, the money that was burned — on top of a business built entirely on a lifetime of scrimping — made the destruction even more catastrophic.

“I had started my [electrical] wiring process, which was really expensive, so I had crazy money in wiring panels,” she adds. “I just pulled all my plants out of my big greenhouse because the interior was supposed to get wired that Monday and the fires started on Sunday night.”

Even when banks do conduct business with cannabis business owners, there is a complicated application process, with a number of restrictions and requirements put in place to protect financial institutions from federal intrusion.

According to The Pew Charitable Trusts, the federal government still believes marijuana is a dangerous drug. That toxic ideology is exactly why entrepreneurs in our cannabis community face so many obstacles when kick-starting their businesses. While Oldham pooled all of her resources to realize her dream, imagine how many other people — including entrepreneurs who have worked in the black market for years, even decades — are excluded from these opportunities.

However, the climate is beginning to shift, particularly in the state of Washington. There, the state government has encouraged all cannabis businesses to open bank accounts and pay taxes with a check or other non-cash approach. This sets a hopeful precedent for other states with recreational or medical marijuana legislation enacted, as well as the states who we expect to legalize within the next few years.

No Insurance For Cannabusinesses

Again, Oldham’s house was also on site. Not only is her business destroyed, but her actual family home — which was uninsured because it was on the same property as her cannabis farm — was also ruined by the raging fires.

Since cannabis business owners struggle to prove they are legitimate businesses to government agencies, you might already assume these businesses have difficulty receiving natural disaster relief support from the government.

Unfortunately, that assumption is correct.

Oldham has since launched a GoFundMe page, imploring her community to help her make ends meet as she rebuilds her life and business.

“FEMA denied me. They won’t tell me why,” she says. “I’m doing everything right and yet I lost everything.”

THC Amiss? Deadlights Proves You Can Get High From A High CBD Strain
At War With The Landlord? Here’s How Growers Who Rent Can Come Out On Top