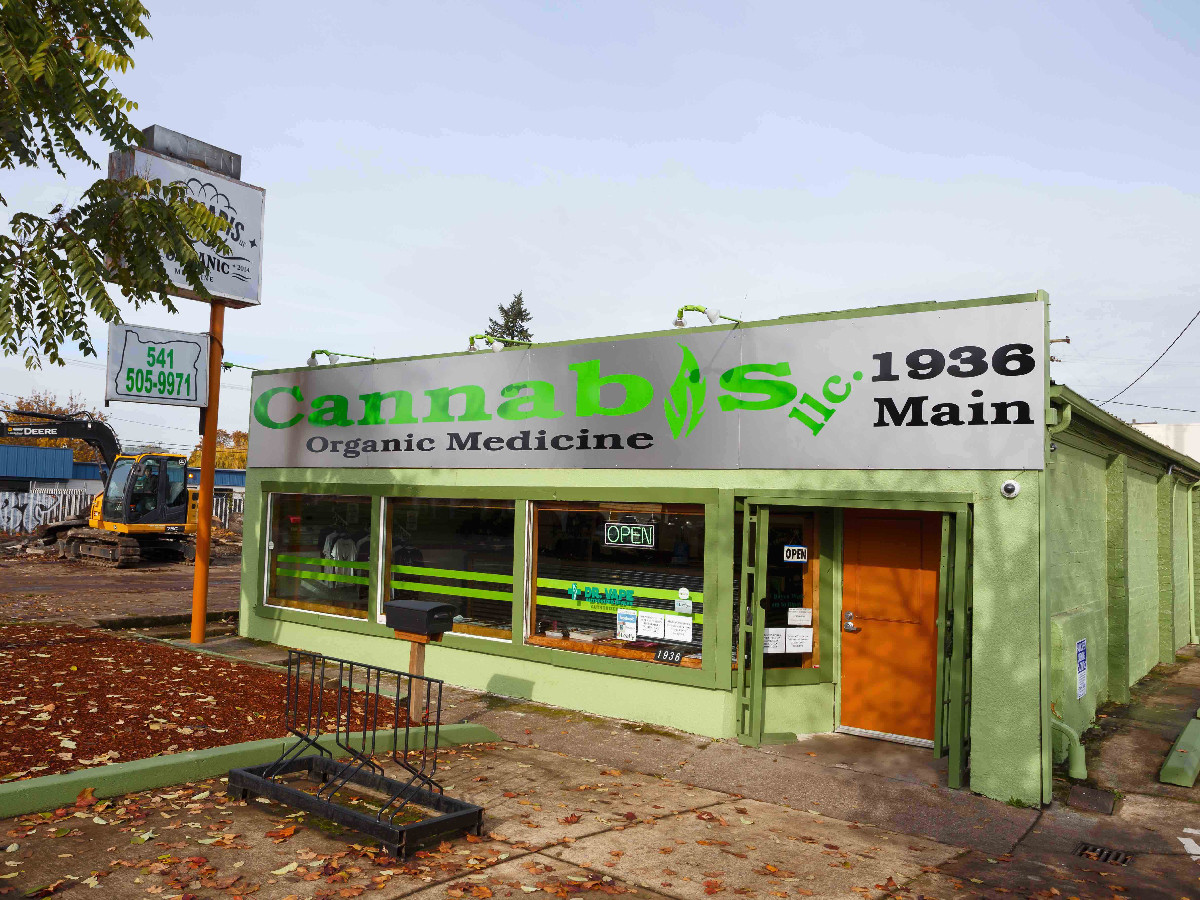 For those wanting to explore the realm of medical marijuana, the process of getting product can often feel incredibly prohibitive. Even before someone can consider a dispensary visit, you first need a medical marijuana card. With the physical card also comes the fees attached to it. This can also involve months of planning, including saving up to purchase the card (as much as $200 annually in some states) and sourcing a doctor in your area who will issue said card, which may involve additional travel if there is no such doctor located nearby.

Every person spoken to for the purpose of this story mentioned cost as a barrier to the legal market. The consumer costs associated with state-issue medical marijuana programs can easily price people out, especially if they come from marginalized backgrounds on top of having a chronic health condition requiring cost-prohibitive medications.

We spoke with three folks negatively impacted by restrictive access to medical cannabis, plus what will ease their path to obtaining their therapeutic plant medicine.

The Cost Of Obtaining Legal Cannabis Leaves Many Behind

When asked about what makes dispensaries so inaccessible, Helen from Philadelphia immediately responded, “Getting the card.” Although Pennsylvania enacted its medical marijuana program a year ago, there are many costs associated with signing up. And once you’re signed up, the product gets pricey.

“It’s actually cheaper for me to get [cannabis] on the street to [compared to being able to] afford obtaining the card and upkeep, despite having a qualifying condition,” Helen added.

In my personal experience as a medical marijuana patient in Pennsylvania, I was required to schedule an appointment with a registered doctor in order to be recommended as a patient. The initial appointment fee was $200, even though it was fairly routine and simple. Moving forward, I’ll have to visit the same doctor once a year, at $100 per visit, so I can renew my medical recommendation. Although this is a requirement of the program, it always feels redundant to be recommended for something based on a diagnosis of another provider, who may also be in favor of medical cannabis but does not have the tools nor resources to be part of the program. I then paid an additional fee to register online — $25 for those receiving social benefits, $50 for everyone else.

During Pennsylvania’s first year of medical cannabis sales, the York Daily Record reports the state issued more than 83,000 medical marijuana identification cards to local residents. But that number is only a mere fraction of the state’s population of just under 13 million. That calculates to less than one percent of all Pennsylvania residents being registered in the state’s medical marijuana program.

When people are excluded from mainstream markets, they’re more likely to depend on underground economies. So, as long as the legal market remains inaccessible, there will be a black-market demand to cover those excluded by the mainstream legal market. As cannabis advocates, we know that people are going to be consuming the plant one way or another, no matter what the law says.

Cannabis Inaccessibility Under Prohibition Versus Legalization

Growing up as a teenager in Georgia, Jesse Nichols suffered with painful and chronic medical conditions. He lives with a rare form of dwarfism, arthritis in all his joints and idiopathic pancreatitis. As the son of former hippies, he “really did not want cannabis to work for me because I knew it wouldn’t be easy to come across.” But when he finally tried it and found that it did work for him, Nichols faced the same dilemma many other prospective patients face in states with strict drug policy: How do you find high-quality, medical-grade bud consistently? Home growing was his answer — thanks to a few pointers from his dad.

“It really was just for me,” Nichols explained of his illicit crop cultivation endeavors. “I was not growing for anyone else. Everything I grew, I smoked in the same house. I rarely ever left the house. It was good for a while, and I will admit I used my white privilege and connections to get through. There was no way [illegal at-home growing] would’ve gone down so smoothly had I been a person of color.”

Nichols is right — at-home cultivation is not that simple. In a majority of the United States, those looking to go beyond the law run the risk of criminalization, especially if you’re a minority or a person of color. According to the Marijuana Policy Project, Georgia has some of the strictest cannabis policies in the country “with possession of a mere two ounces being punishable by up to 10 years in prison.”

Additionally, growers don’t just face a possession charge if caught growing. They can be easily slapped with an “intent to distribute” felony charge, categorized as a violent drug offense. Even if you reside in a legal home-grow state, having the right space for cultivation (especially if you’re a tenant, where rules are set by a landlord) can also be difficult.

Nichols had been planning for a long time to leave the South, and he ended up in California, where he’s now lived for the past 11 years. This sea change allowed him to take full advantage of the Golden State’s medical marijuana program, especially when growing wasn’t always possible or ideal. In his experience with having to use crutches and sometimes a wheelchair, most dispensary storefronts in California had always been compliant under the Americans with Disabilities Act.

“It was really great,” Nichols explained of the easy access to dispensary locations. “One thing I love about the whole dispensary system is that you’re able to go and see 20 different strains. Some of them are world-class, really unbelievably good herb. You’re able to try every strain you can imagine and figure out what works best for each individual.”

He was even eligible for discounts available to those who have Medicaid. However, when recreational cannabis laws were enacted in the state in early 2018, Nichols found that everything changed. The cost of product skyrocketed.

“When it gets to accessibility, as far as who is able to actually afford [to spend] this much money on cannabis,” Nichols stressed, “if it’s truly your medicine, you make it happen one way or another, if you need it to survive. I’m done with the whole [legal recreational] system and happy to get the [at-home] garden going again.”

When it comes to working outside the legal system, Nichols is no outlier. According to The New York Times, California’s black market continues to flourish, even 18 months post-recreational legalization:

In Southern California, hundreds of illegal delivery services and pot dispensaries, some of them registered as churches, serve a steady stream of customers.

While many licensed businesses are losing out due to competition from the cannabis black market, it’s important to ask why the underground market remains so strong — and who is getting left behind in the legal market.

Long Beach, California resident Maelee Johnson first considered using cannabis medically about eight years ago, when her health began to deteriorate and doctors couldn’t explain why. In an attempt to reduce the side effects of her prescription medications — she claims she was taking 32 pills a day during this time — she turned to bud to help alleviate her serious neurological pain.

Although she has sometimes relied on the black market, Johnson is registered through the state’s medical marijuana program. Though, like Nichols, Johnson has felt the backlash that patients experience when the system goes recreational. Along with other patients, for years she recognized that a recreational market would make it worse for people like her, since the system wouldn’t fully consider their rights — because the law would begin treating cannabis as something exclusively recreational rather than also medical.

“A lot of cities and counties now are barring [cannabis] from being sold,” she explained. “[These bans are] not about patients … who need access to medicine.”

In 2013, the California Supreme Court gave local governments the power to outlaw medical marijuana dispensaries in their areas, banning these outlets altogether rather than allowing for a limited number to operate. At the time, approximately 200 cities had already passed such bans. Now, many municipalities are using this same tactic to target recreational storefronts. Additionally, many other regions in other states, such as Michigan and New Jersey, utilize the same strategy to ban legal weed sales in their communities.

Earlier this year, California clarified that yes, delivery services are completely legal under the state’s cannabis policy. However, just like banning dispensaries, regions are taking matters into their own hands and criminalizing delivery. The Orange County Registrar reports that 25 local governments are attempting to sue the rule that permits cannabis delivery throughout the state, even if local governments have banned them. In any case, many patients — including senior citizens, or those who spend most of their time at home or even in bed due to illness — are especially impacted by delivery service bans, whether they stay local or not.

Accessibility isn’t just about physically getting through the door of a dispensary. It’s about the wider and encompassing access that seems to determine who gets to participate in a medical marijuana program and who doesn’t. Those people deterred from the industry often are barred by prohibitive cost alone, whether it’s the cost of product or the cost of getting to a dispensary. Home growing could be a solution that shows great potential to expand access, but current policies that allow for it remain limiting. Delivery services provide another solution, yet local governments are actively attempting to ban those, too.

When it comes to accessibility of the plant, we’re seeing that legalization is not enough. Cannabis laws are not serving the very people they were initially created to serve — and even then, many people have been excluded from the beginning. California has gifted us the largest experiment the country has ever seen regarding state legalization, but as time goes on, these reforms haven’t always had the best interests of patients in mind as they have in the past. To move forward, we need to be including everyone in our fight, not just those who can pay their way to access.