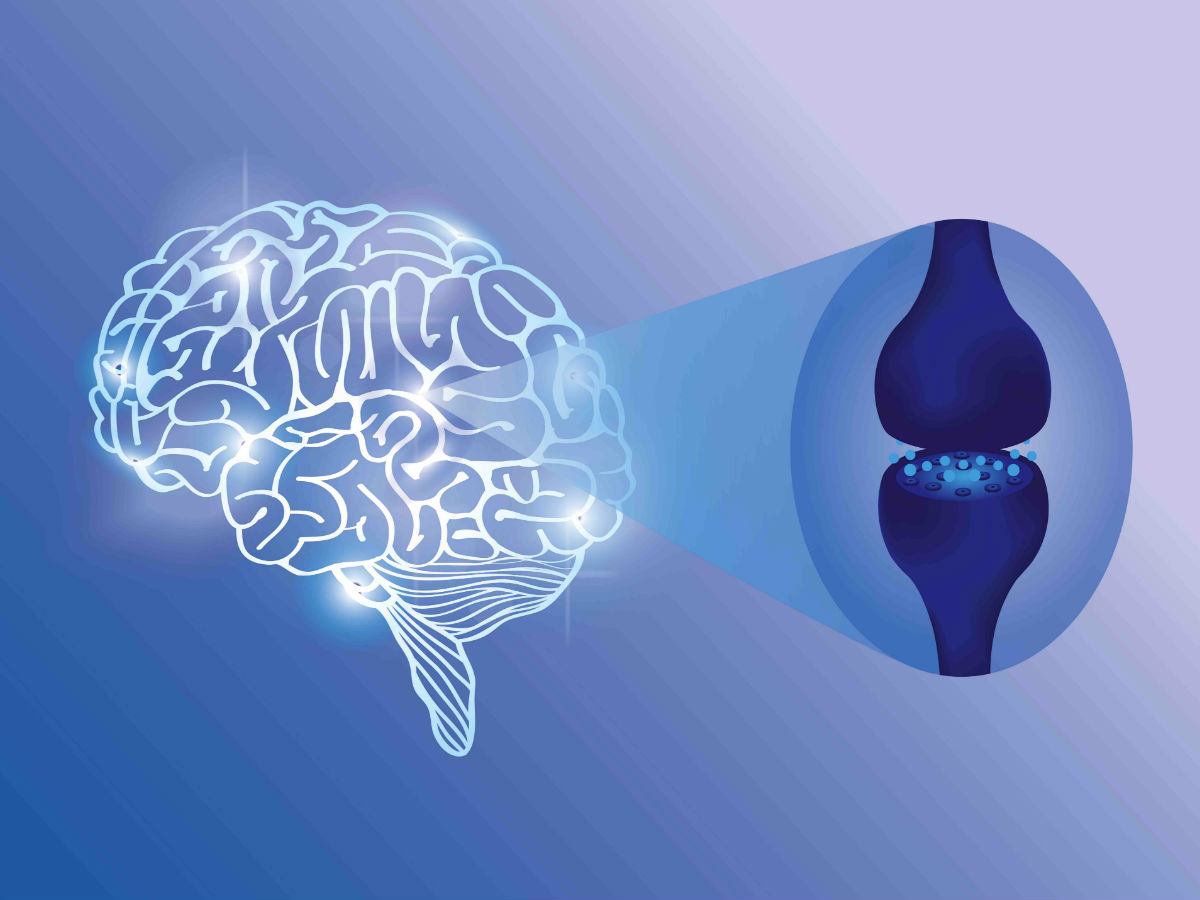 For years, I’d noticed that when I was consuming cannabis, I was decidedly healthy and happy. However, when I stopped consuming for several days or longer, my mood and health took a noticeable dive.

Epigenetics is your body’s inherited mechanisms, other than the DNA sequence of genes that influence your body’s growth and function. Epigenetics explains that gene expression can be influenced not just by genetic codes, but also by nongenetic factors. For example, someone might have a gene-coded predisposition to develop diabetes, but the epigenetic influences on a person’s life — i.e., what they eat and whether they exercise and maintain appropriate body weight — often also determine whether they will develop diabetes.

While genetic influence is set by the permutation of your parents’ genetic material, epigenetic influences include conditions you do have control over. Research has determined that poor diet, lack of exercise, excessive stress, environmental toxins, disease, injury and substance abuse can damage the endocannabinoid system.

Sadly, genetics or harmful conditions found in the body’s early developmental stages — i.e., as an embryo and throughout pre- and postnatal maturation — can derail robust development of the endocannabinoid system. If the system is built wrong during gestation and early childhood, it may never be fully remediated as the child grows into adulthood. In fact, endocannabinoid problems may worsen as you get older.

To sum up, CED develops due to factors including genetics, epigenetics, environmental factors and lifestyle choices.

How Cannabis Consumption Can Cause Endocannabinoid Deficiency

How can this be?

What most cannabis consumers don’t realize is that exocannabinoids temporarily and sometimes permanently alter the form and functional stability of your endocannabinoid system. These changes produce unintended negative consequences, inducing clinical endocannabinoid deficiency.

Whether and to what extent your cannabis consumption causes problems for your endocannabinoid system depends on how often you consume, how potent your dosage, and whether you have genetic and/or epigenetic conditions that favor endocannabinoid deficiency.

If you consume large doses of cannabis on a daily basis, you’re creating cellular-level changes in your endocannabinoid system that could lead to problems.

When you ingest cannabis, you’re saturating your cannabinoid receptors with sudden, gargantuan amounts of the naturally occurring chemical compounds found in cannabis that do not naturally occur in your body. These exocannabinoids circulate throughout your system, binding with CB1 and CB2 receptors at a much higher rate and with much more impact than when endocannabinoids are produced and circulated as part of the body’s natural self-regulating mechanisms.

When your body recognizes that it’s flooded with exocannabinoids that are mimicking the neurotransmitter anandamide (also known as the “bliss molecule”) and the endocannabinoid 2-arachidonoylglycerol, it lowers or even ceases its production of these compounds, decreasing the number and function of CB1 and CB2 receptors. At the same time, your body increases production of substances that break down cannabinoids.

The kind of adaptive changes the endocannabinoid system makes in response to cannabis consumption also happens in additional neurohormonal contexts. Downregulation is a reduction of cellular response due to your body’s decrease in its number of receptors. This neurohormonal self-adjustment occurs in many drug use situations, particularly in relation to pharmaceuticals. Specifically in relation to cannabis consumption, downregulation is like your body is saying, “OK, if you’re going to put this huge amount of exocannabinoids in me, I don’t need to produce my own endocannabinoids, and I also need to block and remove some of these exocannabinoids to maintain my stability.”

If downregulation occurs, your body transforms from having a natural endocannabinoid system to being dependent on and significantly altered by external cannabinoids. Cannabis-altered ECS affects neurotransmitter systems, including serotonin and dopamine production, which can result in an entourage of bodily and psychological changes.

When you stop consuming cannabis or drastically decrease your usage, you’re depriving your endocannabinoid system of the exocannabinoids it’s grown dependent on. This can lead to ECS, which you’ll experience as cannabis withdrawal. 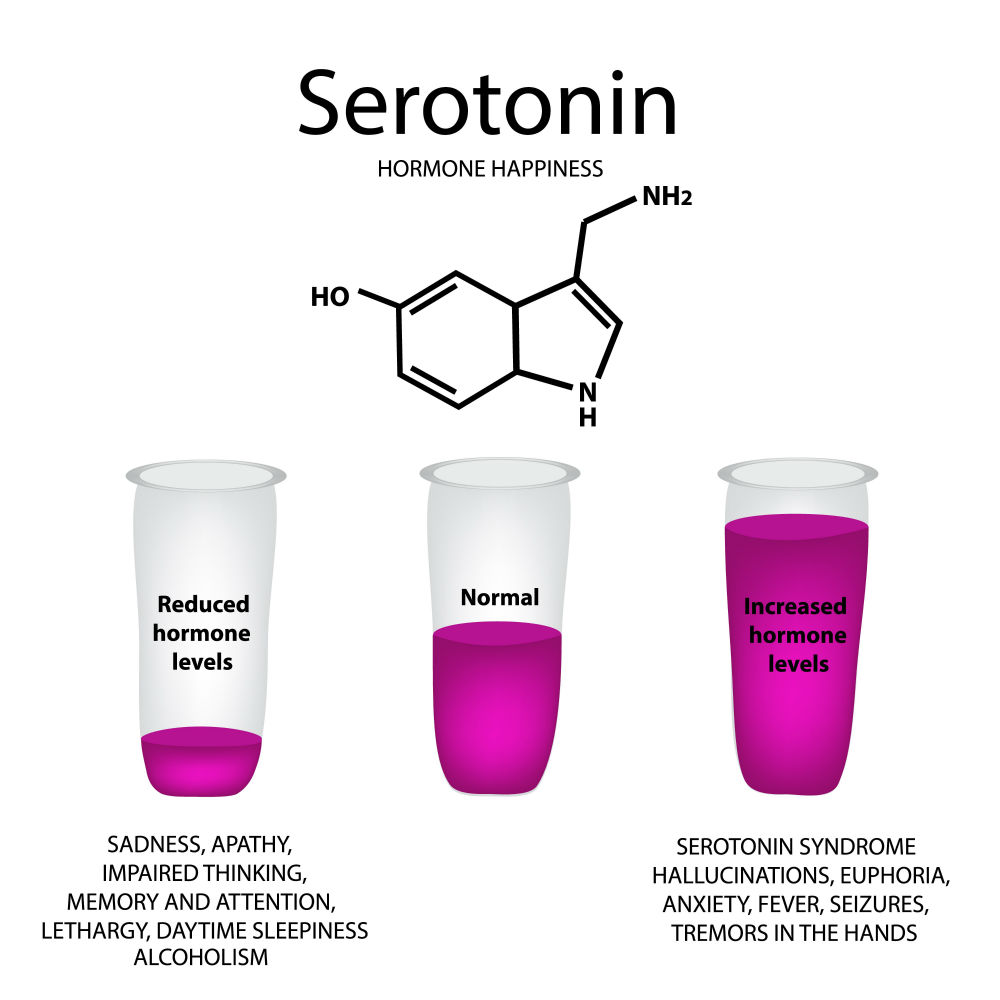 Deficits in the endocannabinoid system can negatively affect your neurotransmitter systems that include the production of serotonin, the body’s pleasure hormone.

So, what happens organically and personally when a chronic, long-term cannabis consumer stops using marijuana altogether, or significantly decreases their dosage?

Gradually, as cannabis compounds exit your body and aren’t replaced, your endocannabinoid system senses it no longer has that supply of exocannabinoids and, as a consequence, it attempts to reset to a stable equilibrium.

In some cases, especially if you’re older or your body is challenged genetically by disease, poor health or a stressful environment, the endocannabinoid system may never fully recover its natural tone and function. What’s more, deficits in the endocannabinoid system also negatively affect your neurotransmitter systems that include the production of serotonin and dopamine.

Unless your body is able to successfully and quickly manage the full complement of neurohormonal changes that restore the endocannabinoid system to healthy, normal function, the endocannabinoid system will remain deficient and you will likely experience negative physical and psychological effects, including insomnia, chronic pain, depression, irritability and anger, tremors, appetite and digestive disruption, and recurrence of symptoms related to medical conditions that had otherwise been suppressed by your cannabis consumption.

Due to the federal limitations placed on cannabis analysis, research on CED remains inconclusive. However, it’s logical to suspect that high-dose, chronic cannabis consumption in some people, especially those prone to CED, can change neurotransmitter functions in profound ways.

How Do You Know You Have An Endocannabinoid Deficiency?

Before I even knew what CED was, I knew something was wrong with me. Every time I cut my daily cannabis dose or had to travel to a prohibition region and couldn’t use marijuana for extended periods, I felt a vital force was missing from my brain and body. Trying to get through a day without weed was like putting a vehicle in gear and stepping on the accelerator pedal, but the vehicle remains stationary, and not because the brakes are on.

After a month without weed, I had lost my enthusiasm for life, enveloped by a curse of malaise. At first, I had no idea what caused this feeling of unease. Initially, I didn’t make the connection between my cannabis cessation and those bad feelings.

I went to doctors for a barrage of tests. They theorized a litany of worsening illnesses to explain my discomfort, including chronic fatigue syndrome, fibromyalgia, Lyme disease, anemia, low testosterone, cancer, liver failure, diabetes, congestive heart failure and depression. They prescribed pills and dietary changes that ultimately had little benefit.

I conducted my own research and discovered the amazing work of neurologist Dr. Ethan Russo and physician Dr. John McPartland, two pioneers in the field of cannabis research. Their description of CED perfectly matched my own symptoms.

My own doctors informed me there are as yet no definitive tests that easily detect CED, instead advising me to go without cannabis for an extended period of time to give my endocannabinoid system a chance to reset.

After several months of abstaining and feeling so depleted, devoid of energy and pleasure, I started consuming cannabis once again — and immediately felt that life was worth living.

It seemed as if my body’s natural levels of anandamide and 2-arachidonoylglycerol weren’t sufficient enough to make me feel content. Nope, if I wanted to feel energetic, relatively happy, fit, vibrant, hopeful and healthy, I’d have to regularly consume cannabis.

But if you’re willing to do cannabis cessation at least for a couple of weeks, and as abstinence progresses you become increasingly lethargic, unfocused, irritated, worried and pained, then that’s a strong indication that your endocannabinoid system may be defective.

When you start to reintroduce cannabis back into your life, you must then carefully monitor what happens when you get high. If you consume cannabis following a long period of abstinence and suddenly feel life is wonderful again, you may have a defective endocannabinoid system. In that case, consuming marijuana might be the solution.

I’ll never know for sure if my clinical endocannabinoid deficiency was caused by years of ingesting the strongest bud, hashish, edibles, tinctures and dabs; by a genetic predisposition to CED; by the increasing stress of my life; or all of the above.

What I do know is that whether I’m consuming cannabis or not, I feel better when I eat an organic vegan diet, exercise, and avoid stressful environments and people. Such healthy habits bolster your neurotransmitter systems, which are easily depleted by unhealthy lifestyles and the increasing stress of modern life.

In a perfect world, wouldn’t it be nice if governments funded authentic clinical trials and scientific research to develop tests that diagnose CED, so that it becomes an accepted, official medical condition? Instead of trying to qualify for a medical marijuana card by presenting an illness or symptom caused by CED (such as chronic pain or depression), you could be diagnosed with CED and given the right to grow and consume as much medical marijuana as you needed to mitigate the symptoms of CED.

Formal, official medical recognition of a CED diagnosis would also break the health insurance barrier, forcing insurance companies to compensate for the cost of our marijuana medicine. It would also shatter workplace drug testing, because employers wouldn’t be allowed to discriminate due to a CED diagnosis.

Nowadays, a large chunk of the population takes a chronic dose of some drug or another. Blood pressure medication, antidepressants, sleeping pills, insulin shots for diabetes, a glass or two of wine in the evening — many people depend on external compounds to help them through the day. I’m just another person who needs a healing medicine — and fortunately, cannabis is safer than those drugs and intoxicants many people take.

I thank evolutionary biology for the cannabis plant and the cannabinoids, terpenoids and flavonoids it produces. To know that a plant creates neurotransmitters, and I can use those compounds to make my life better, that’s truly awe-inspiring.

Please note the information provided within this article is not intended as a substitute for professional medical advice, diagnosis or treatment. Always seek the advice of your physician or qualified health care provider regarding your medical condition.

Growing Forward: Four Cannabis Grow Rules Changing In Colorado
In Austria, The Hills Are Alive — With The Sound Of Marijuana Regulation Rollback