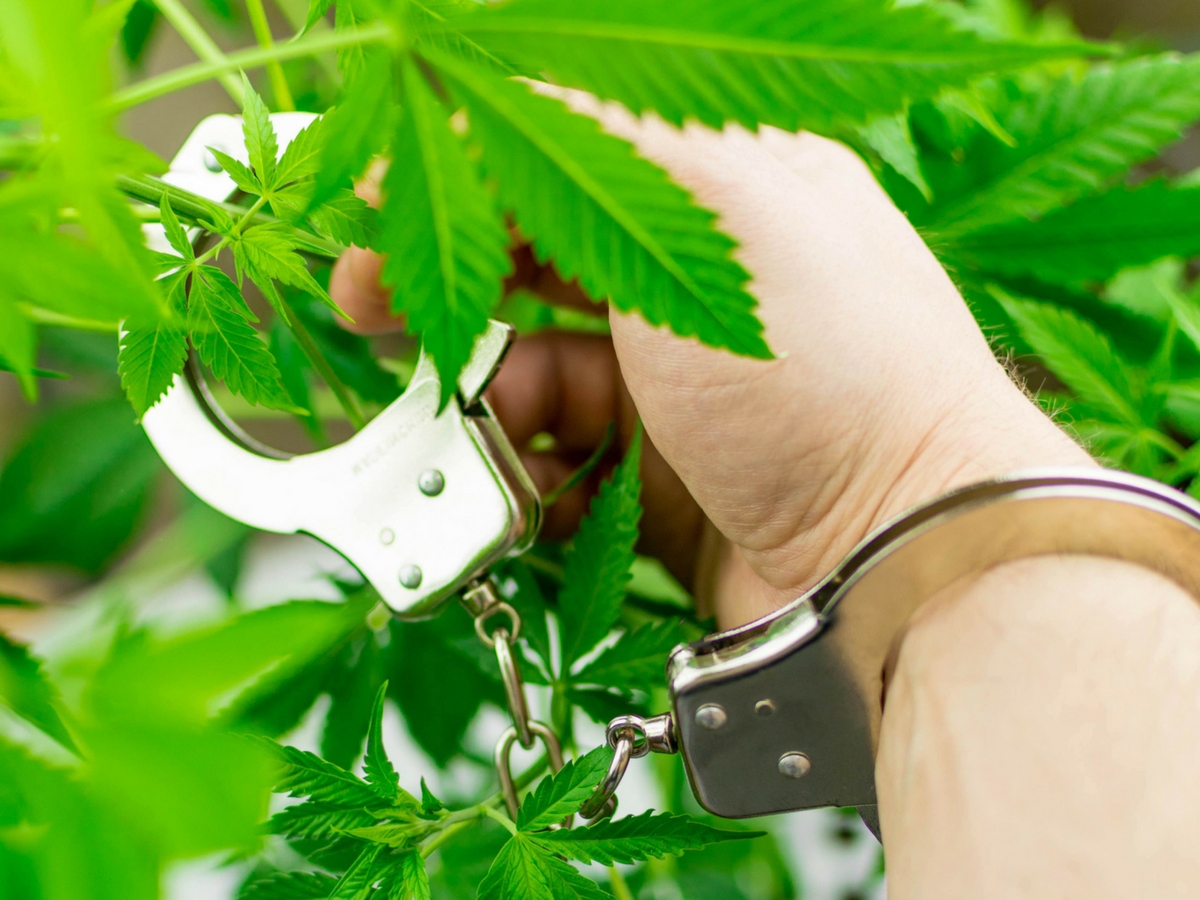 The war on drugs ruins lives and tears apart families over a plant we hold dear to our hearts: cannabis.

In the United States, the majority of drug-related offenses fall under minor possession charges, which do not include intent to sell or distribute. According to Federal Bureau of Investigation data, about 84 percent of all drug-related violations were possession charges, including almost 39 percent of which were cannabis-related, compared to 16 percent that were related to manufacturing and sales. Additionally, KRWG TV/FM New Mexico reports that 97 percent of Texas cannabis convictions were solely for possession.

People of color are far more likely to be arrested and incarcerated for drug violations compared to white people. And while the narrative of the drug war’s racist policing often revolves around black men, the truth is that black and Latina women of color — who are often also mothers — suffer higher rates of incarceration for cannabis-related charges. According to a 2016 report by the Drug Policy Alliance, approximately 59 percent of women in federal prison were incarcerated for drug offenses, compared to approximately 50 percent of men as of September 2014. Additionally, black women are more than twice as likely, and Latinas are 25 percent more likely, to be incarcerated compared to white women, even though all races use drugs at similar rates.

It’s important to note that in jails and in data reports, transgender women tend to be misgendered and lumped into the same demographic as men. Transgender women of color face an even greater risk of police brutality for cannabis-related charges. AlterNet reports a 19-year-old transgender woman, Shelly Hilliard, was murdered by a marijuana dealer in October 2011 after being forced by Detroit law enforcement to turn police informant or risk arrest. Law enforcement found a bag of cannabis in her possession and threatened Hilliard with jail time unless she called her dealer — which she agreed to do. The police then revealed details of Hilliard to the dealer, who kidnapped and torturing her to death, before dismembering her body to hide the crime

President Trump recently introduced a plan to fight the opioid crisis, which includes the death penalty for drug dealers, even though research shows state medical marijuana programs reduce opioid use and abuse, according to multiple reports in The Hill. Despite the Trump administration, local governments have been leaders in making the cannabis industry more equitable. The Seattle Times reported in February that the city of Seattle announced plans to vacate possession offenses prosecuted prior to legalization and dismiss the charges altogether. In the same month, Philadelphia District Attorney Larry Krasner announced his office will drop remaining cannabis possession charges.

The cannabis industry owes its success to the black market. Everything we know about how to grow and cultivate cannabis today is because of the black market. Likewise, we need to be conscious of how the industry can empower — and disempower — those who have been punished by the drug war, whether it’s a minor charge or several years in prison.

As both an employer and community member in the cannabis industry, there are a few things to keep in mind to help make your business equitable. While the federal government continues to perpetuate the war on drugs as certain state and municipal governments remain complicit, cannabis businesses have the potential to be leaders of innovation.

Self-education has always been an important component of consuming cannabis. Since school drug prevention programs such as D.A.R.E. continue to spread misinformation about life-saving plants, cannabis consumers have relied on the community for accurate information.

“Every strain we have today … every piece of knowledge we have about cultivating the plant comes from our black market,” says vice president of business operations at Bodhi High Lacrecia Hill, who has family members who for decades worked in the black market. “If we don’t honor where that came from, then who are we today?”

Build your cannabis library to help relearn cannabis history outside of a white supremacist lens, with titles like A Narco History: How the United States and Mexico Jointly Created the “Mexican Drug War” by Carmen Boullosa and Mike Wallace, When They Call You a Terrorist: A Black Lives Matter Memoir by Patrisse Khan-Cullors and asha bandele, and Home Grown: Marijuana and the Origins of Mexico’s War on Drugs by Isaac Campos.

State licensing policies and regulations create a barrier for employers. Chicago-based attorney Adam Scavone explains that in states with competitive licensing — such as in Ohio, who has issued only a dozen cultivation licenses to grow medical marijuana — employers are reluctant to hire people with criminal records because there are already so many state restrictions on cannabis businesses.

In many ways, state and local governments are gatekeepers when it comes to cannabis. For example, Scavone claims that those with criminal histories are often excluded from licensing policies. Massachusetts medical marijuana dispensary Patriot Care intentionally bans those with past cannabis convictions from working for the company.

Like many that have the power to restrict the industry, states also have the power to help social inequalities that exist within the industry. In May, 2017, Oakland, California introduced a new program — the first of its kind — known as the equity permit program, which prioritizes distributing half of all cannabis licenses to minorities who have been historically targeted by the drug war.

Hire Folks Who Have Been Incarcerated Due To Cannabis Convictions

While there are policies that restrict hiring certain applicants with criminal backgrounds, employers can still make a genuine effort to do what they can to meet diversity requirements. Thus far, cannabis businesses have overall struggled to do this.

If you live in a state with a more inclusive drug policy, such as California, Scavone says there are two major external liabilities to consider.

The first concern involves hiring applicants who could later cause you to be responsible for negligent hiring. For instance, if an employer knows about any non-drug-related charges a job candidate was charged with, such as homicide, then those charges can present as a workplace hazard.

The second concern involves the liability of a candidate who could sue you for discriminatory hiring practices. In other words, if you discriminate against formerly incarcerated applicants, Scavone warns that you can be sued. Although formerly incarcerated people are not protected by traditional discrimination policies — which can protect you against being discriminated against by gender and face, for instance — a skilled employment lawyer, Scavone explains, can find a loophole.

To guide you through this complicated legal process, discuss inclusive hiring practices — like auto-dealer AutoNation’s decision to no longer refusing to hire candidates who test positive for cannabis, according to Bloomberg —with your attorney.

If one stereotype about stoners is true, it’s that we’re a friendly lot — as long as you’re not a cop, of course. Especially in places still in prohibition, cannabis is one way we can connect and bond with each other. As the industry becomes more like big business, we need to continue fostering an inviting, welcoming community.

“We’re definitely an industry who doesn’t want to lose our culture as we become corporatized,” Bodhi High’s Hill tells Big Buds Magazine. “We still want to be the culture [that] gives their best friend a five nug when they’re short on cash.”

Likewise, our industry already has a strong community, and we offer the same opportunities to formerly incarcerated people as we do to everyone else.

We are just at the beginning of the end of prohibition. Let’s tackle the inequalities in our industry proactively to help other states who don’t yet have recreational policies incorporate more inclusive legislation.

Scavone agrees, “There is still a lot of work to be done.”

Once Upon A Time In Mexico: Growing a Marijuana Strain Bred from Oaxacan Highland Gold
Grade School: The Story Of How One Man’s Tolerance Break Helped Him Successfully Sample And Grade The Buds He Grows