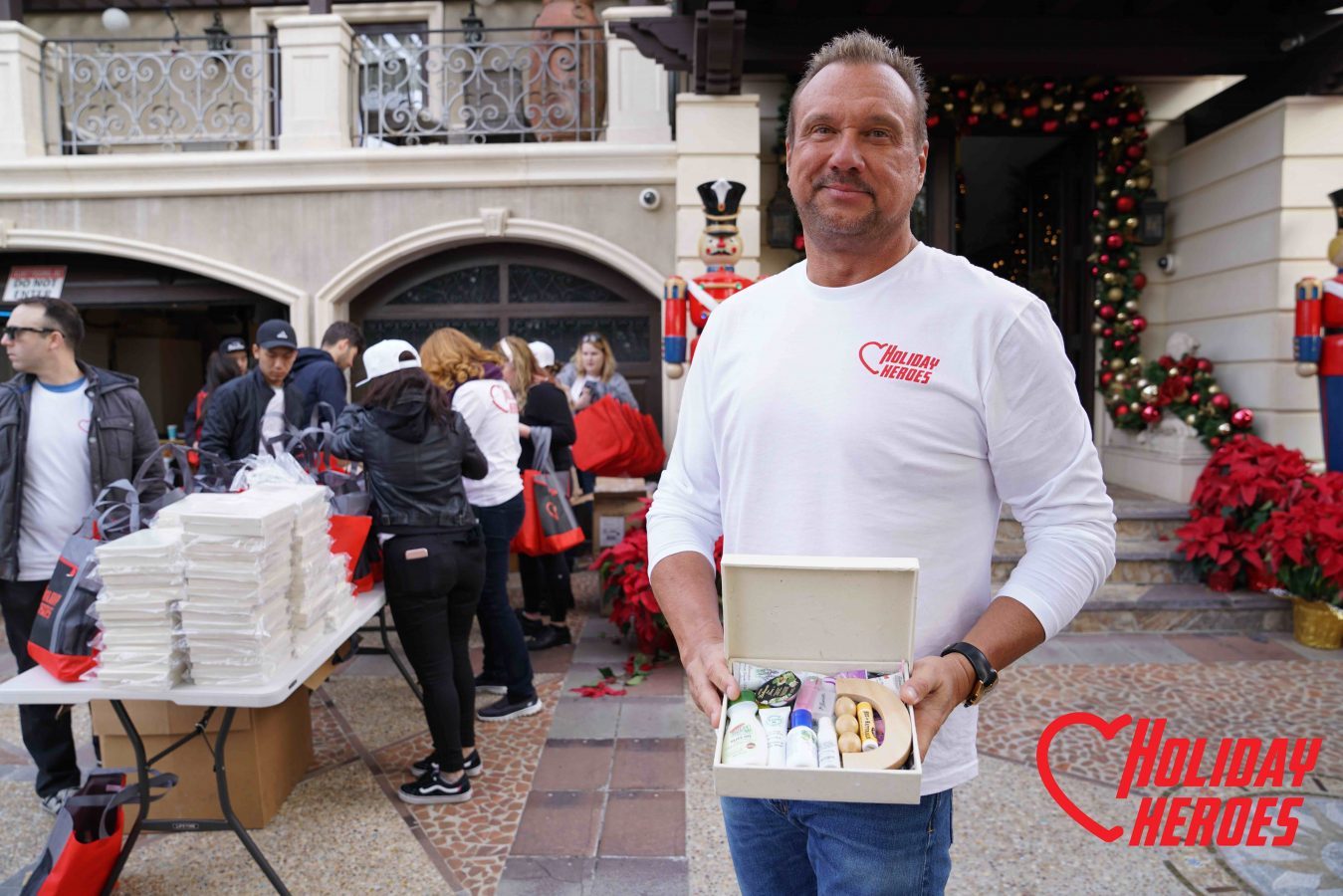 The smile plastered on the face of BigMike Straumietis says it all as he watches hundreds of backpacks get filled with gifts and essential daily items for the homeless.

Founder and CEO of Advanced Nutrients, the No. 1 hydroponics nutrients company in the world, BigMike surveys the scene of 70 volunteers as they stand in a makeshift assembly line set up on the driveway of his multimillion dollar mansion.

Twice a year he opens his home in the Hollywood Hills for his nonprofit charity Holiday Heroes — an outreach program that personally assembles and hands out packages to homeless shelters and people in need in both LA and Bulgaria.

As he grabs a bottle of lotion and helps to stuff toiletries, pens and pencils into a backpack at this year’s festive season charity event, BigMike says, “It’s beyond words. I cannot describe to you how it makes you feel. It’s all about the heart and contributing back to society.”

He knows better than most what it’s like to be down on your luck.

Despite being a successful businessman now, at one point in his life all of BigMike’s worldly possessions were stuffed into five black trash bags.

Recalling the time when he struggled to make ends meet, BigMike’s eyes fill with tears. “I’ve been on food stamps,” he says. “I’ve had my entire life in five black garbage bags with absolutely no furniture, stuck living in a cockroach-infested studio hellhole.”

This experience, and his desire to help those in need, is what led to the creation of Holiday Heroes.

“I have been on the opposite side to all this and it is the reason why [Holiday Heroes] is so dear to my heart.”

Indeed, BigMike’s charity organization is his passion project, his way of being a pillar to the community and putting corporate philanthropy into practice.

He explains of the nonprofit organization’s inception, “I first started in Bulgaria five years ago, where I helped with handouts to the needy in a country that had no fair or solid structure to assist those who have nothing.”

That Christmas in 2012, when Holiday Heroes first launched, BigMike’s charitable contributions and yearning to help the homeless saw to it that 1,000 families in the Eastern European nation were taken care of. Since then, Holiday Heroes has continued to grow and expand year upon year.

That success led him to start up the organization in Los Angeles in 2016. Now, the charity runs regular Easter and Christmas campaigns in a bid to help alleviate poverty and homelessness in both LA and Bulgaria. And so far, Holiday Heroes has fed more than 30,000 people.

BigMike was inspired to offer his support to the homeless population of LA after seeing the problems they faced.

So on December 23, a day when most people are out doing the last of their Christmas shopping, a production line of charitable individuals, under the guidance of BigMike, stuff the backpacks with personal items including, soap, toothpaste, a blanket, tarp, notepad, coloring pencils, deodorant, shaving cream, female sanitary items, wet wipes, socks, underwear, hand sanitizer and manicure sets.

Then these packs are taken by the team to homeless shelters and to the streets of LA’s Skid Row, where they’re handed out to vulnerable individuals in need.

Viewing giving back to the community as the utmost in corporate responsibility, BigMike has managed to establish global partnerships with big-name companies who have jumped on board to assist Holiday Heroes.

“In Bulgaria we have Sony, Unilever, Nestlé, Coke, Pepsi, and other major brands that support and donate items to the packages. It’s the same thing for the USA.”

The first year of the fundraising event in LA was such a success, the big-hearted CEO and philanthropist has now expanded the project beyond helping the homeless residents in need on Skid Row.

“This is just the Los Angeles chapter, because I live here in this area. [But] the intention is to spread [Holiday Heroes] not just through the United States, but globally as well.

“My company Advanced Nutrients picks up all of the administration and marketing costs involved,” he explains. “I think every company out there should get involved when they can financially afford it.”

To learn more about how you can help Holiday Heroes for its upcoming Easter 2018 drive, please visit https://www.holidayheroes.us.