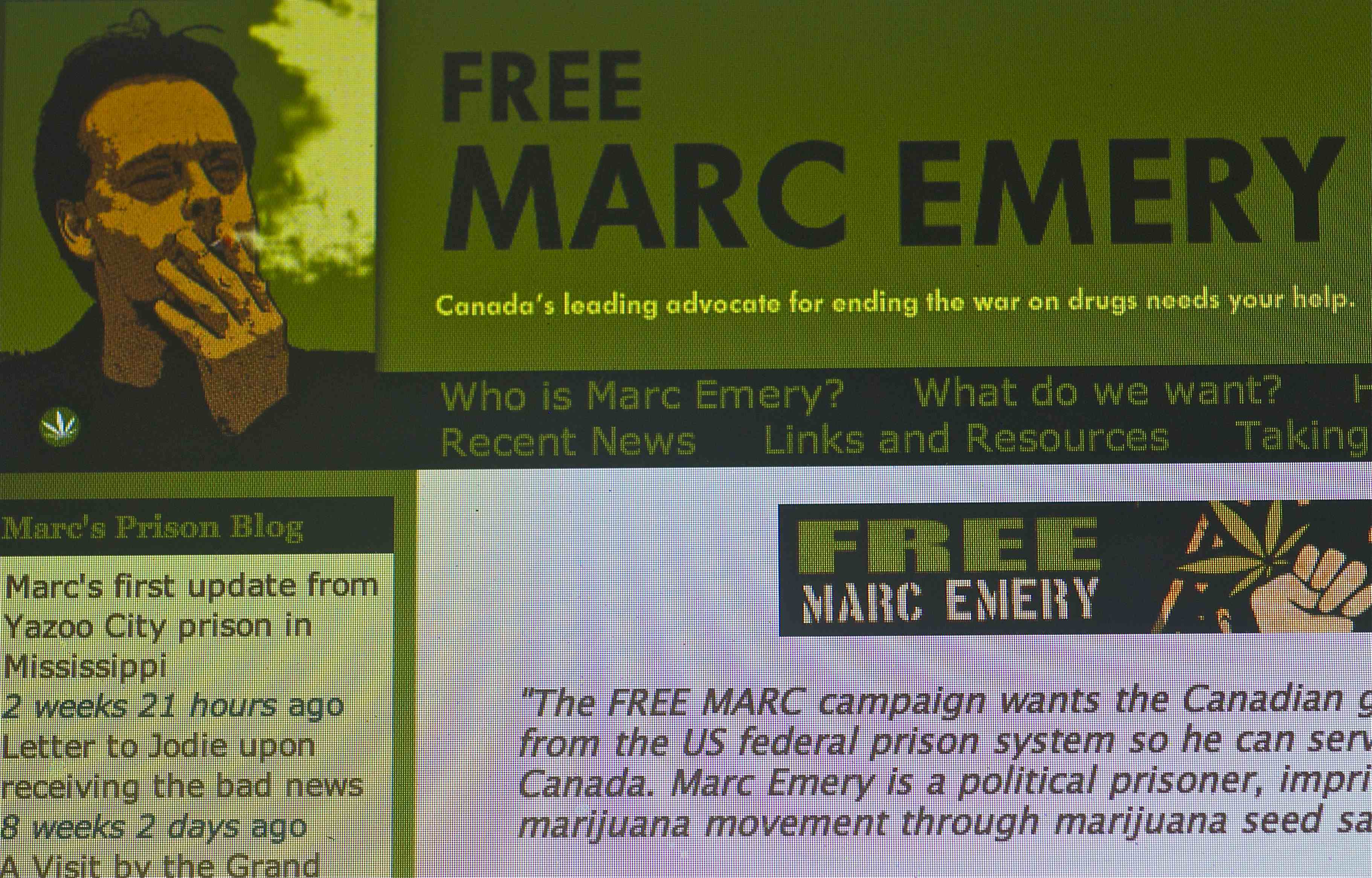 The United States government hates whistleblowers and activists. That’s pretty obvious when you look at high-profile cases such as that of Bradley Manning and Julian Assange. It’s also obvious when you discover how the DEA targeted a Canadian marijuana legalization activist and vocal critic of the DEA named Marc Emery. Emery was based in Vancouver, Canada when he funded a marijuana legalization political machine by selling cannabis seeds worldwide. He was busted by DEA in 2005, extradited from Canada, and is now serving a 5-year sentence in a U.S. federal prison. Emery is serving more jail time than U.S. soldiers who committed war crimes overseas! DEA statements show that Emery was busted because of his political work. If he had just quietly sold his marijuana seeds, and refrained from funding anti-DEA, pro-marijuana political efforts, he would probably be sitting in Vancouver taking bong hits, rather than sitting in federal prison. It’s wonderful to see that High Times magazine published a jailhouse interview with Marc Emery, conducted by eminent High Times executive editor Dan Skye, a veteran drug war journalist, marijuana photographer and activist And it’s also ironic… The irony is that for much of Marc Emery’s famous career as a marijuana activist, marijuana seed seller, publisher and entrepreneur, he bitterly criticized High Times. Indeed, Emery created Cannabis Canada magazine (which was later renamed Cannabis Culture) as a specific antidote to the many flaws he saw in High Times. In Emery’s view several years ago, High Times was too much about entertainment, partying and youth culture, and not enough about marijuana, activism and marijuana legalization. Not only that, but Emery criticized High Times for carrying “fake bud” advertisements that promoted worthless non-marijuana plants that were coated in sugars, dyes and binders to make them look like marijuana. A May, 2000 article published in Emery’s Cannabis Culture magazine portrayed the High Times fake buds as toxic rip-offs. In the marijuana community, the fake buds were known as fillers that unscrupulous dealers used to pad their ounces of real weed so they could make extra profits. In recent years, High Times phased out most if not all of those adverts, even though they lost advertising revenue to do so. Everyone is happy to see the ads gone, except for the fake bud sellers, of course. But High Times and Emery are on the same page now that Emery is a high profile marijuana drug war prisoner. High Times in its June, 2011 article gave considerable ink to a Dan Skye interview conducted while Emery was in a privately run prison in Georgia. Emery has now been moved to another prison. In case you have been living under a rock for the last five years and haven’t heard any marijuana news, Marc Emery was busted in Canada by the DEA in 2005 for selling marijuana seeds to Americans in person and via the postal service. Emery fought extradition to the United States, but the Canadian government refused to protect him even though Emery’s marijuana seed sales would not have gotten him much more than a fine in Canada. With Emery facing a potential life sentence in the US, his many supporters petitioned the Canadian government to keep Emery in Canada, but to no avail. In 2010, Emery was sent to be imprisoned in the United States, transferred to what he described in the High Times interview as a hellhole prison in Georgia, and later transferred to what he describes as a slightly better prison in Mississippi. Emery bides his time learning to play bass guitar, pining away for the young wife (marijuana activist Jodie Emery), who is waiting for him to return to Vancouver. Mississippi is where Marc Emery remains today, serving a five year sentence after entering into a plea agreement to settle federal charges related to his marijuana seed sales. In the recent High Times interview, Emery sounds realistic, rather than fatalistic, about his fate. He also sounds defiant, proud and determined to survive federal prison so he can return to his beloved Jodie, who is carrying on his Cannabis Culture activism via a webzine, a Green Party political career, and other ventures. Marc Emery’s imprisonment is a sign of how serious the drug warriors really are. Of the many people who have been marijuana activists and entrepreneurs, people like Marc Emery, Ed Rosenthal, and Dennis Peron are in a class by themselves because they visibly and repeatedly put their lives and freedom on the line as they sought to end the war against cannabis. Lepp is in federal prison. Dennis Peron was recently set up by the police and faced prison time until charges were dropped. Rosenthal was busted and fought valiantly in and out of court. Jack Herer died after giving a fiery speech opposing California’s Proposition 19. Emery is in jail. Of course, there are tens of thousands of other marijuana growers, users, and activists who have suffered greatly because of the drug war, but Marc Emery is the only person ever to have been kidnapped from his own country by a foreign government and sentenced to hard time for selling marijuana seeds, and for using his seed-selling profits to fund marijuana activism! In fact, the DEA director said at the time of Marc Emery’s arrest that one motivation for arresting him was to stop his activism and shut him up. If you want to offer spiritual and practical support to Marc Emery, his prison mail address follows. Just remember that all his mail, both outgoing and incoming, is closely monitored by prison officials. Such is the fate of a prominent marijuana activist who donated most of his money to ending the drug war. He got five years for selling marijuana seeds, while corrupt bankers, war criminals, corporate criminals, and murderers are free. Write to Marc: MARC EMERY #40252-086, FCI YAZOO CITY – MEDIUM E-1, P.O. BOX 5888, YAZOO CITY, MS 39194