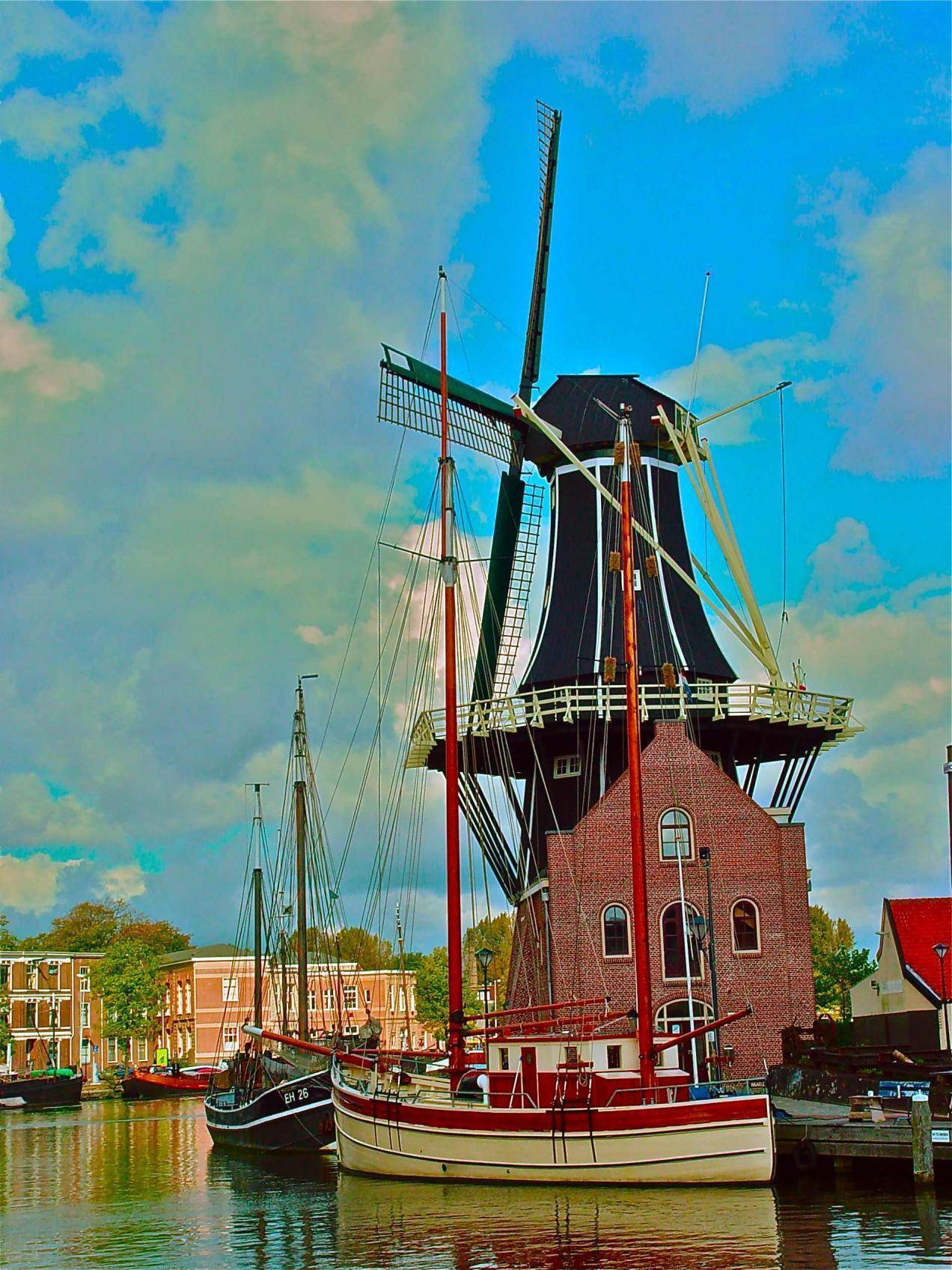 By Steve Davis | Published: January 14, 2014
The Dutch government has partially implemented its banning of foreigners from marijuana shops. The ban started in border cities. The government claims it will phase the ban in for the rest of the country by the end of 2012!

Yeah, yeah, we hear that Amsterdam marijuana shops and the mayor will fight back and refuse to follow the ban, but as I keep telling people, now’s the time to go to Holland, if there ever was a time, this is it, kids.

Borrow money if you have to and GO TO HOLLAND NOW! If the ban does go into effect and you can’t legally get into Amsterdam’s legendary marijuana shops, you’ll regret it if you don’t go now. You’ll be sorry for the rest of your life.

And as always, Big Buds is giving you the insider information so you get your best Dutch marijuana vacation.

If you want to be stuck in the USA, you could go to the High Times Medical Cannabis Cup in California the weekend of June 23-25, although things aren’t anywhere near so fun in America’s medical marijuana states anymore– now that the blue meanies have busted lots of medical cannabis clubs, growers, Oaksterdam University, and dispensaries.

And there are certainly no cities in North America as beautiful, sophisticated, fun, intelligent, well-organized, bicycle-friendly, and liberated as Amsterdam, Holland.

I remember last year a few patriotic brain-dead rednecks posting comments on a Cannabis Cup articles, saying they don’t want to go to Amsterdam because America is better.

Well…what do you expect rednecks to say?

I mean after all, being close-minded and thinking America is the god damn, ass-kickin’ hee-haw Taylor Swift best country in the world is part of being a redneck, right?

But you aren’t a redneck, so you want to see the canals, parks, nude beaches, marijuana coffeeshops, museums, cool buildings, European people, trance festivals, beaches, red light districts, and Euro-style that only Amsterdam brings you.

And you want to do it before the Dutch government makes it illegal for you to go into a marijuana coffeeshop!

Nor do you want to wait for the High Times Amsterdam Cannabis Cup in November. Because let’s face it, the 2011 High Times Cannabis Cup was busted last year by a phalanx of Dutch police.

High Times is holding the event again this year, but of course they’re saying nothing about how they think they can get away with it…given that last year the Dutch police locked everybody in the Cannabis Cup building, recorded their passports, and took their weed, hash and seeds away.

Anyways, for ultimate safety and the best weather, you should go to Amsterdam right now…this summer, while the days are long and the nights are Kind and the famed marijuana shops are still open to foreigners.

Your target coffeeshops are Bluebird, Dampkring, Katsu, Greenhouse, Kashmir, Grey Area, Barney’s, Amnesia, and Homegrown Fantasy. These shops are known for being the connoisseur shops in Amsterdam.

Expect to pay more for marijuana, hashish and other cannabis products in Amsterdam than you do back home, in part because the Euro is such a rip-off currency.

And if you get hold of some space cake, go easy. It tastes great, comes on slow, and then bowls you over in a different and heavier way than smoking buds or hashish.

Ask for organic marijuana or better yet go for bubblehash or ice hash. A lot of Dutch weed is chem-grown and poorly flushed, so you want the organic product if possible.
Don’t get low-priced Maroc or Indian hashish. Who knows what kind of adulterants they’ve put in that wanky stuff?

Go for the best. Of course you can smoke in the coffeeshops and you can smoke discreetly in parks and other outdoors public places, but don’t go lighting up your cannabis inside a restaurant or a hotel.

You want to visit the Sensi Sensi Seeds Hash, Marihuana and Hemp Museum, founded by Sensi Seeds’ marijuana seed legend Ben Dronkers. He stocked the museum after spending many decades traveling the world in search of hemp and marijuana artifacts.

In combination with marijuana grow guru Ed Rosenthal and other marijuana activists, Dronkers now has the largest collection of cannabis artifacts in the world.

You’ll learn about and see machinery used for turning industrial hemp into fiber for cloth and paper, find out about the religious, recreational and medicinal uses of marijuana, and learn how the cannabis culture grew into the worldwide force it is today.

Dronkers recently expanded this fine marijuana museum, which is located on the edge of the Red Light District next to a scenic canal. It’s open from 10 am to 11 pm almost every day of the year, and costs nine euro to enter, but kids under 13 get in free.

Down the street from the Hash and Marihuana Museum is the Cannabis College. It’s a relaxed and friendly place staffed by international volunteers.

Donate some cashola instead of just hanging out like a freeloader, and the Cannabis College is an alternative to the hustle and bustle of Amsterdam and most coffeeshops.

Last time I was there, they had a unique vaporizer that knocked me down the stairs and down the stairs is where you want to be. That’s where the Cannabis College has its basement organic marijuana garden. They like to grow monster plants of exotic Dutch and African varieties. You can take pot plant pictures and ask the grower questions.

Of course, sex is fun when you’re high, especially if the sex is legal and an open market. When you’re at the Cannabis College or the Hashish-Marijuana Museum, you are on the edge of the main Red Light District.

Prostitution is legal in Holland, and the red-light girls are (allegedly) routinely checked for sexually transmitted diseases.

The Red Light is not like a bar scene- it’s a sex shopping experience. You make eye contact with a girl in a window, she opens her door, you ask if she’s into getting high and making love, and what her cost is.

The price for quality girls who will spend an hour or two and provide “the girlfriend experience” starts around 150 Euro (close to $240USD), and that’s in cash.

The Red Light District is crazy and fun, but it can be dangerous. Don’t go alone. Hide your bling. Beware sleazoid pickpockets and drug dealers. The best time to visit is sundown to about 11 p.m. Don’t take photographs of girls as they stand in their windows, or you may get your ass beat.

The RLD is sometimes sleazy, but it’s more rewarding than a singles bar- at least there’s honesty about sex and money.

If you connect with a hot, beautiful, healthy girl who hasn’t been burned out by the sex trade, you can get high with a beautiful woman and make love to her, without having to lie to her, or her lie to you. It’s pure, direct pleasure, kind of like getting high!

I recommend you take the train south to the wonderful town of Haarlem. Or even stay in Haarlem, which is cheaper than staying in Amsterdam.

It’s worth it just to visit the famed Willie Wortels marijuana shops, and Haarlem has this awesome 16th century church in the town square that blows your mind when you’re high.

When you’re in Haarlem you’re only a few miles from one of the most incredible beaches in the world…Zandvoort nude beach!

This fabulous nude beach is a little ways south down the coast but you can go for miles north and south. In the north Zandvoort beach area you find incredible national parks you’d never expect to see in Holland.

Beware that if you go to the nude beach you are likely to see gorgeous nubile girls from 12-18 years old and older, fully naked, with their parents, and nobody is worried about it.

However, if you are an American, you may be shocked, have a stroke or heart attack, or otherwise go insane. Bring some strong Dutch marijuana or hashish to keep yourself pacified.

Zandvoort also has a world-famous racetrack, and hosts trance festivals and other music events. It’s the kind of sophisticated beach town you can’t find in North America.

If you love trance, plan to be in Haarlem on August 4, 2012, for the famed Dance Valley event that’s known worldwide as a rival to trance-crazy Ibiza, Spain.

When you’re back in Amsterdam, be sure to check out the beautiful people and Nature at Vondelpark. When you’re there, you’re close to all Amsterdam’s famous museums.

And don’t forget your visit to one of the world’s oldest and most loved botanical gardens, located in the heart of Amsterdam. It’s got rare plants and trees from the world over. You’ll never see them anywhere else, because industrial society has extincted them.

The bottom line is that you can convince yourself that it costs a lot of money, it’s too much trouble, surely the Dutch government won’t follow through with their coffeeshop ban, or some other excuse, but you know deep down you’d love to go to Amsterdam and experience what still is the most happening marijuana place in the world.

So go to Marijuana Mecca. Book your flight for Holland now, and prepare to meet the marijuana experience you’ve loved before, or have yet to experience…before the stupid, right-wing Dutch government ruins the Holland’s Kind marijuana tourism world!