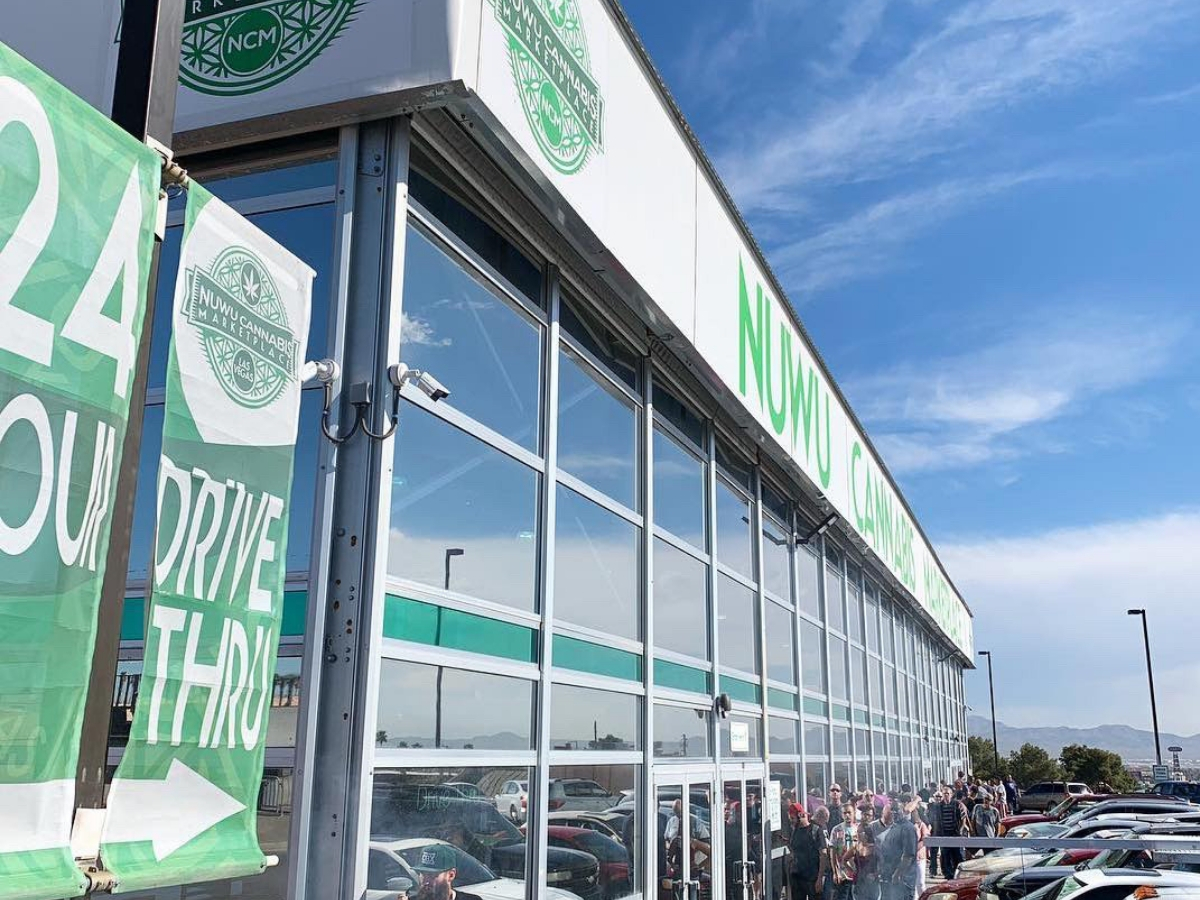 Rapper Petey Pablo stepped up to a makeshift stage outside NuWu Cannabis Marketplace while X Games medalist Torey Pudwill wowed a crowd of more than 200 spectators as he performed one skateboard trick after another on a halfpipe.

The festivities for 420 at the tribal cannabis dispensary located less than one mile from Downtown Las Vegas were as extravagant as any event put on by the cannabis store in its brief 18-month history. But missing at NuWu’s 420 celebration this year were the long lines of customers, lengthy consultations, and logistical hiccups that contributed to occasional angst and delays at last year’s celebration.

“People pretty much know what they want by now [when they visit a dispensary], so there’s a lot less explaining and education of the products required from our side,” said Chris Spotted Eagle, chairman of the Las Vegas Paiute Tribe, which owns the 15,800 square-foot NuWu. “We’re also better prepared to get customers in and out the door, and we’re seeing lesser waiting times as a result.”

Spotted Eagle was one of over a dozen dispensary owners we interviewed in recreational states who were celebrating their second to fifth 420 as legal cannabis states. All the interviewees — in Nevada, Washington, Oregon, Colorado and Washington, DC — claimed a similar efficiency for buyers and consumers alike, and some store owners even reported customer growth of as much as 30 percent compared to last year.

Previous experience buying the plant legally has naturally led to consumers becoming more aware of what’s for sale, how to purchase it, and where to find the best deals in cannabis-legal states and Canada, the report added.

Helena Martinez, a 29-year-old Las Vegas resident, was among the spectators in the crowd cheering as Pudwill put on a skateboarding demonstration on Saturday, April 20. A legal recreational cannabis buyer since Nevada launched recreational sales on July 1, 2017, Martinez said she stopped by NuWu for her 420 shopping so she could also see the renowned skateboarder in action. Had NuWu not had the entertainment, Martinez said, she would have instead shopped at Essence, another local dispensary with lower prices.

“I guess in a way I am paying to see this,” she said of the free skateboarding show, “because I spent more on the same flower I could have bought for $10 cheaper somewhere else.”

The competition for customers in Las Vegas was felt by David Murphy, who attended
The+Source dispensary for pre-rolls that cost 1 cent for customers who bought more than $25 worth of product. For buying at that particular store, Murphy was also among the 1,500-plus buyers that day to be entered into a raffle for two ounces of free weed, though he didn’t win. After buying a discounted tube of edible pucks and some flower at The+Source, Murphy drove 10 minutes to Exhale for a buy-one-get-one-for-a-penny deal on vape cartridges.

Consumer awareness of legal cannabis has forced dispensaries to step up their game, as well. Aside from the deals and live entertainment, dispensary owners reported going to great lengths to reduce the size of their customer lines.

For NuWu, that efficiency extended to its 24-hour drive-thru. When it opened in late 2017, and through last year’s 420 celebration, the average customer waiting time was five to seven minutes, Spotted Eagle said. By this year’s 420, customers had an average waiting time of just 45 seconds. The tribal chairman credited consumers and workers at his store for “knowing the drill by now.”

“I think both our buyers and our staff are more efficient,” he explained. “Everyone is a little more versed in cannabis, and we feel more confident that we know how to make buying it a more smooth and simple process.”

Maritza Dominguez, owner of Wild West Emporium in Southeast Portland, enjoyed her third 420 of legal recreational. And, despite a record 1,300 transactions taking place at her dispensary last Saturday, customers entering the premises only had to wait a maximum of 15 minutes before being allowed to access the purchasing area. Dominguez, like Spotted Eagle in Las Vegas, credited this slick operating procedure with added efficiency.

Meanwhile, Native Roots Wellness in Denver celebrated its fifth 420 as part of a recreational legal cannabis state. Since 2014, customer count has increased each year, said Native Roots dispensary manager Jordan Wagner. While the increase from 2018 to 2019 was only two percent, Wagner said each year feels less crowded because most people are in and out in under 10 minutes.

The Mile High City was one of a small number of major metropolitan areas with years of legal recreational cannabis that have become so comfortable with the end of prohibition, they’re becoming a 420 destination for weed-friendly events, even away from the dispensary locations.

Back up in the Pacific Northwest, Seattle debuted the first-annual SPLIFF Film Fest, an amateur film festival “by the stoned for the stoned,” founded by Robert Crocker. With more than 250 video entries, the rules stipulated that each film could be no longer than four minutes and 20 seconds, and was encouraged to exhibit the positive effects of the therapeutic plant.

“We asked filmmakers to give us something that showed us what marijuana meant to them or what do they like to do when they’re stoned,” Crocker explained.

Winning entries included Munchie Massacre, which explored various methods for treating the post-toke munchies, and Good Game Bud, a clip about two friends trying to smoke an entire joint together without ashing on their couch.

In Washington, DC, nearly 20,000 attendees at the National Cannabis Festival listened to live music sets by Ludacris and Action Bronson under clear, 70-degree skies. Cannabis advocates from across the US used the occasion to promote awareness of the political and social issues plaguing the nascent industry, most notably the fact that marijuana is still federally illegal.

But many on hand, as well as industry leaders from across the US, were optimistic that April 20 could soon be an officially recognized holiday. Leading a group of college students from DC’s nearby American University, student body president Ronald Hansen estimated the plant’s healing properties will make it too controversial not to celebrate “when we look back and realize we had decades of prohibition.”

“Once it’s legalized nationwide and the research grants go out and it’s studied and proven, even the strongest marijuana critics are going to be celebrating cannabis,” Hansen said.

Kit Yarrow, a consumer psychologist at Golden Gate University in San Francisco, added that 420 was “on its way” to becoming a mainstream holiday, thanks to the success of marijuana business owners.

“It’s still a commemoration of cannabis, but the conversation has been expanded by brands that tie into the industry and for marketers to tie into something that has an appeal to it,” she explained. 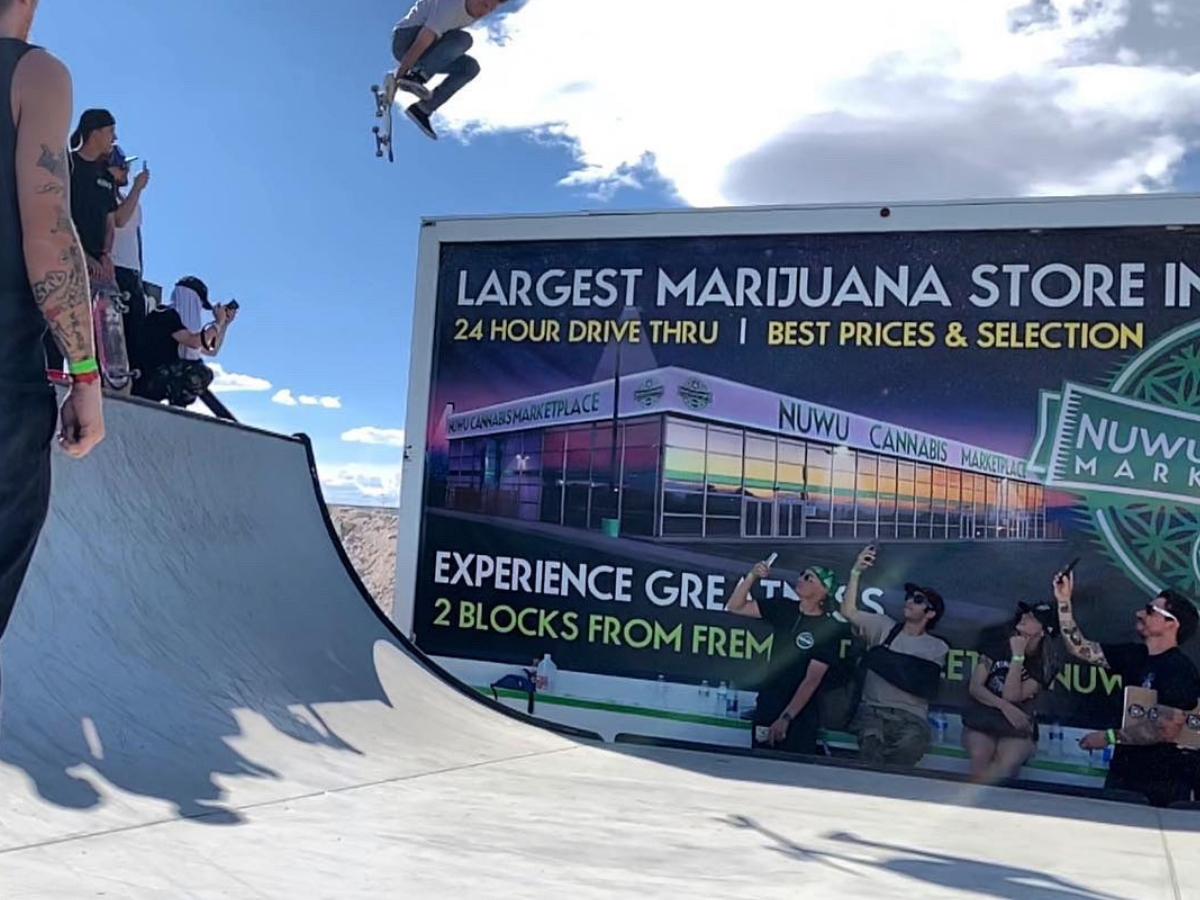 Cannabis Cultivators Planning Ahead For 420

Cultivators said the rush of 420 orders they experienced accounted for a shipment increase of up to 50 percent more than any other week in April. As they prepared for the annual event by planting, growing and harvesting during the three months prior to selling their flower to dispensaries in the first few weeks of April, master growers in recreational-legal states recommended planting at least 60 to 65 percent more flower clones, just to be on the safe side.

“Preparation is key,” advised Kevin Biernacki, lead grower at Green Smart Farms, located in Visalia, California. “When you know 420 or 7/10 or dispensary anniversaries are coming up for your clients, you have to be ready to meet demand.”

With cannabis testing standards becoming more stringent in California, Oregon and Nevada, Biernacki advised growers to be especially aware of state regulations and what needs to be done to ensure your holiday crops are especially flawless. The concept seems simple, but Biernacki found out the hard way. In 2017, when California added an expanded list of pesticides to its list of items tested for in plants earmarked for dispensaries, the new regulation slipped under Green Smart Farms’ radar. After producing a near-flawless yield under the previous regulations for 420 in 2016, the following year more than 35 percent of the company’s plants produced volumes of certain pesticides over the legal limit. Failing to fulfill its 420 orders for 10 of 30 dispensaries his company supplied at the time, Biernacki learned his lesson.

“It was one of the worst situations I could have imagined,” he said. “I wouldn’t wish that on my worst enemies.”

Horace Walker, master grower at ShowGrow in Las Vegas, can relate. He too saw 40 percent of his crops fall short of new regulations last year after Nevada passed regulations in January 2018. This year, however, the results were different: 94 percent of the flower he sold before the holiday made it the dispensary shelves of ShowGrow’s own facility, as well as the 45 other stores ShowGrow services across the state.

“It’s not rocket science,” Walker said. “It’s simple attention to detail and awareness that this is always going to be a big day and a big month for cannabis sales.”

Can’t-abis: Veterans And Active Duty Still Barred From All Legal Marijuana
Get The Gray Out: New Methods For Keeping Gray Mold Out Of Your Grow Op