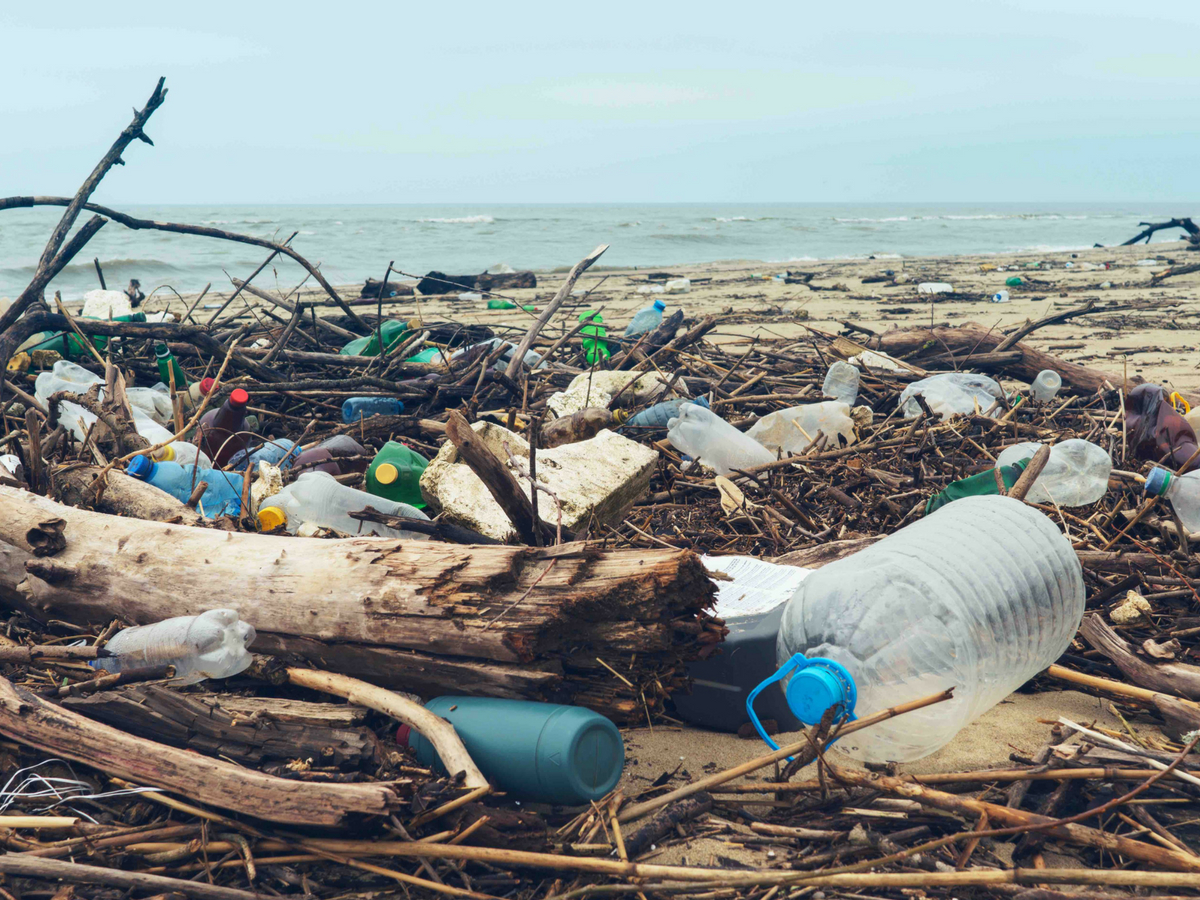 July marks the month to refuse to use plastic and to spread the word of the campaign for a Plastic Free July. Big Buds is highlighting the efforts of one US hemp entrepreneur and his company as it takes on the plastic crisis, one discarded bottle at a time.

Eric Pike is the president and founder of Root Origins, a non-GMO California hemp company that produces a unique CBD nano full-spectrum spray, plus a hemp-infused CBD water. In addition to providing the market with high-quality CBD products, Root Origins is working with scuba divers to clean up Mother Earth.

As a company, Root Origins has a history of giving back through its environmental efforts.

“We are more than a CBD company — we believe in sustainability,” Pike exclusively tells Big Buds, “and that means we are doing whatever it takes to actually clean the earth of toxic plastic and to make hemp more accessible.”

That “whatever it takes” includes assisting each month in the Help Your Harbor cleanup initiative. Each time this cleanup crew — which includes the team from Beach Cities Scuba — gets together, their divers remove pounds and pounds of plastic from the bottom of the ocean, everything from ubiquitous plastic garbage bags to countless water bottles and car tires.

According to Earthday.org, more than 9 billion tons of plastic has been produced since the material began mass production in the 1950s, and 91 percent of plastic that’s manufactured isn’t recycled. This amounts to a dangerous buildup of trash throughout the world, with the Great Pacific Garbage Patch in particular — a stretch of debris thought to measure about the size of Texas — ruining our oceans. According to report release by the World Economic Forum, titled, “The New Plastics Economy: Rethinking the future of plastics,” if plastic production isn’t curbed, by the year 2050 it’s estimated that plastic pollution will outweigh all the fish in the world’s oceans, pound for pound. 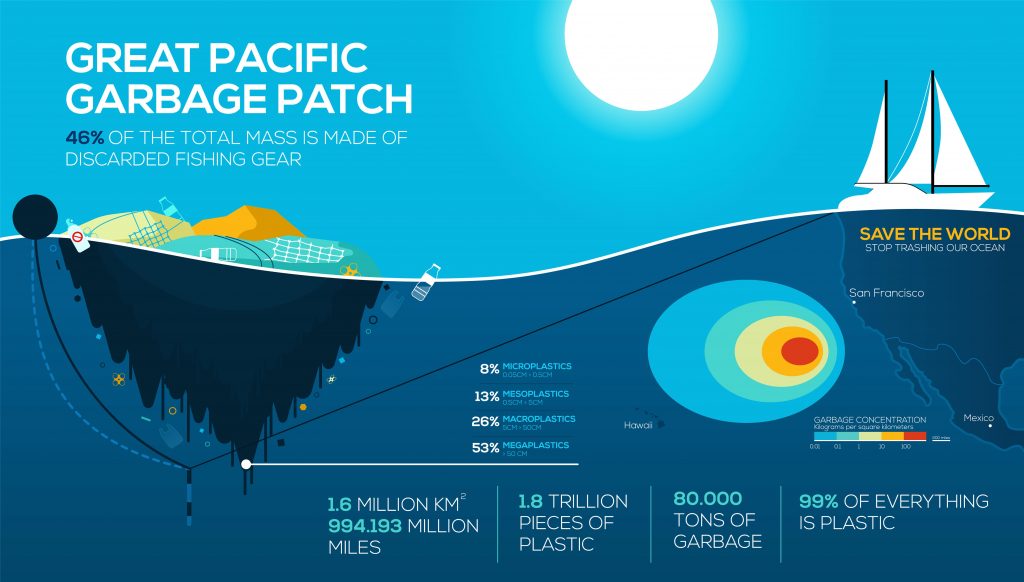 In conjunction with Root Origins’ ecological responsibility, Pike has worked with major universities including Virginia Tech and the University of Vermont, while also partnering with Kentucky State University as part of a pilot program to study best farming practices, hemp genetics, and the use of certified hemp seeds as a viable manufacturing product. What drives Pike to work with universities and assist in conducting such studies is his passion for finding an easier path to replacing plastic products with hemp.

Involving itself in this cutting-edge research is a double win, as not only is Root Origins assisting with R & D, but it’s also protecting its plant genetics.

“Having our genetics named in a publicly published university study will ensure the purity of our breeds, and basically serves as insurance for us to defend our plants in the case of any trademarking conflicts,” explains Pike, whose passion for hemp began after a diving accident left him with severe fractures to his vertebra. A prime candidate for opioid medication, Pike instead opted to seek alternative solutions and decided to research the healing properties of CBD.

“The industry is known to be riddled with chemical-polluted and undocumented CBD products,” says Pike. “In an age where information is readily available, consumers need to seek out more education and be extra diligent with finding the true source for everything they consume.”

It was only after lots of due diligence that Pike decided to launch his hemp company for holistic commercial purposes.

Out of his diving accident came innovation as Pike formed CBD Natural Solutions, what would become the parent company to Root Origins. Establishing this company on a foundation of efficacy and science-based research, now Root Origins offers products that are different to 90 percent of the competing CBD products on the market, with nano-sized, water-soluble, full-spectrum CBD in the form of a day and night spray, as well as the CBD-enriched alkalized water.

Root Origins’ Day Spray is taken sublingually for optimal absorption, giving a boost of energy and focus, while the bedtime formula Night Spray harnesses the benefits of CBD and combines it with valerian root, melatonin and GABA (a neurotransmitter that regulates the brain nervous system), with each of these products known to have calming effects. Users of these CBD sprays may find relief from symptoms stemming from neuropathy, Crohn’s disease, chronic pain and anxiety.

When asked about the plastic spray bottles his products come in, Pike wants to assure readers that his team is working to bring this anti-plastic vision full circle. Root Origins originally hunted for hemp bottles in which to package its sprays, Pike explains, but there simply wasn’t a manufacturer making such containers. “We are doing whatever it takes to go plastic-free as soon as possible, even if that means we have to do the R & D ourselves,” insists Pike.

Root Origins is also making waves when it comes to protecting our beaches as it champions for large-scale drain-cleaning projects in California. For example, in parts of Orange County including La Habra, Irvine, Orange and Tustin, storm drains flow into a waterway running into the back bay, through Newport Harbor and then into the ocean. Having gathered once a month for several years now to clean the waterways in the OC, Pike and his team, through no fault of their own, were only managing to collect a fraction of what was building up. He knew there must be a better solution.

“We wanted something that could be used at a choke point, where the trash was entering the ocean,” Pike says. Root Origins examined all the devices, projects and methods used to catch trash, eventually settling on a low-tech solution called the water wheel (the most recognizable version of which is Baltimore’s Inner Harbor Water Wheel). Now, they are working to bring the idea to the West Coast to catch even more plastic before it hits our oceans.

You can make a difference, too. The Plastic Free July campaign began in Western Australia in 2011, and has since spread across the globe, activating millions of participants. The nonprofit’s mission is to see a world without plastic waste — but if that seems like a tall order, it suggests starting locally by refusing to use plastic straws and plastic bags. Indeed, 500 million plastic straws are used every day in America, which is enough to circle the entire Earth. Twice.

It seems like a daunting task, so here are a few tips to get you started on your journey to a plastic-free planet. For your next shopping trip, try to:

For your home, try these plastic-free options for hygiene and personal care:

Remember, it takes about 10–20 years for a plastic shopping bag to decompose and as many as 450 years for a water bottle to disintegrate. For more information on ocean cleanups, visit Help Your Harbor. To learn more or purchase Root Origins nano full-spectrum products, visit RootOrigins.com.