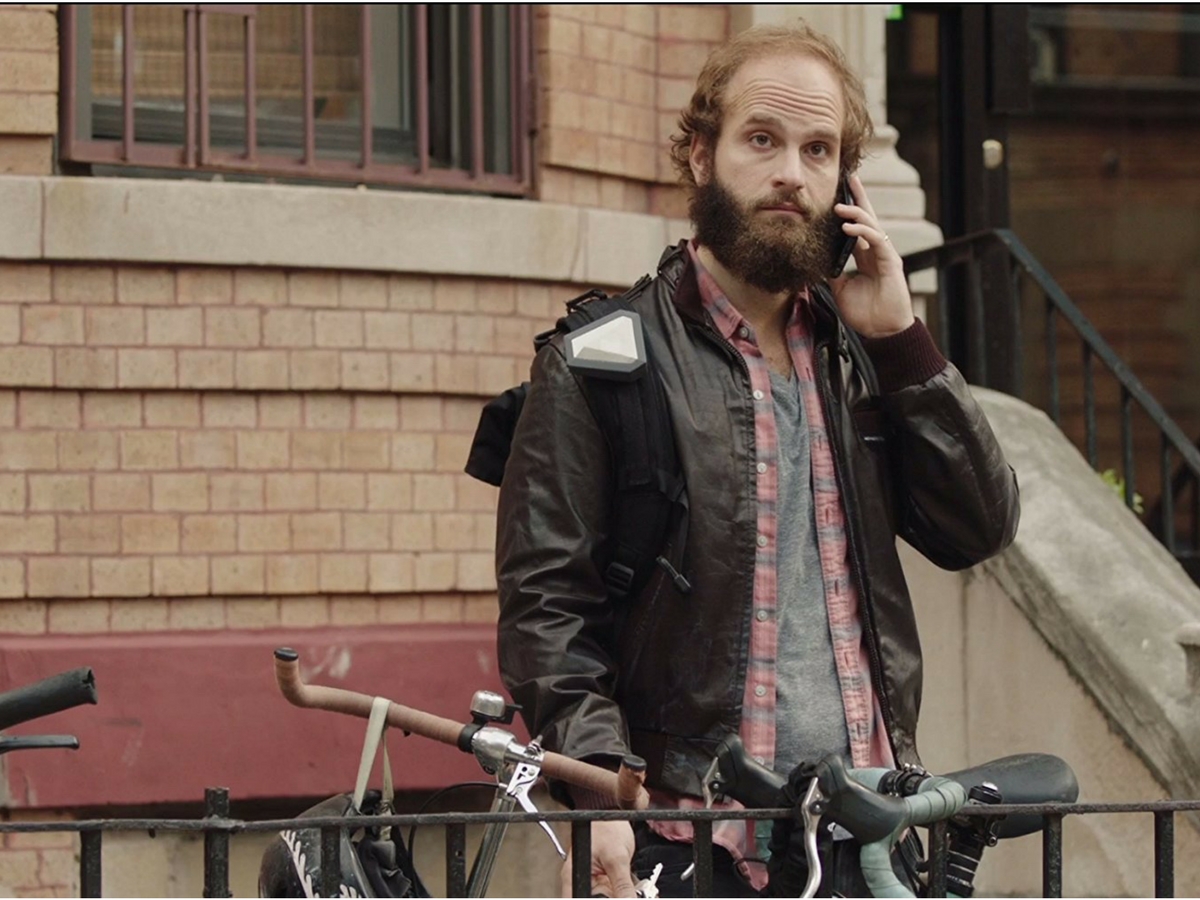 Marijuana has officially broken through another cultural barrier with the episodic series High Maintenance, now screening on HBO.

On the surface, this comedy-drama is a series of vignettes about getting high and maintaining said high. But more so, the show is about human beings and their odd proclivities, social structures, and the things that both divide and unite them.

High Maintenance also offers a look into marijuana’s widespread acceptance by most Americans, as well as the waning perception of pot as a harmful substance that only appeals to the stoner.

Most of the show’s storylines are propelled by “The Guy” — the unifying factor throughout the stories — who delivers weed via bicycle to an assortment of stressed-out New Yorkers just trying to get by in the frenetic city.

The Guy (who remains nameless throughout the series) is preternaturally smooth, mostly unshakeable, and glides about Manhattan with a locked, stainless-steel protective case in his backpack, filled with high-grade bud, vape pens and edibles. He’s a stoned, bike-bound Jason Bourne moving at half-speed across the traffic-choked city.

The Guy is a mobile dispensary, a best buddy for a handful of minutes, and possibly even a drop-in psychoanalyst while the deal goes down. His calm appearances on screen — which are generally not the majority of the show — create these beautiful moments and conversations, much like a Raymond Carver short story. There’s a gracefulness and poise to The Guy that tempers the hectic pace of city living. You can feel the tension leave the room when he appears with his wares.

What began in 2012 as a web series comprised of short Vimeo videos 2–3 minutes long — self-financed by former spouses Ben Sinclair (who plays The Guy) and Katja Blichfeld — soon gained popularity and was distributed through Vimeo’s first foray into original, premium viewing. Four years and countless online views later, Sinclair and Blichfeld — who both write, direct and produce every episode of High Maintenance — signed on with HBO, and the rest has become cable history as the show grooves into its second season.

“I really like it because pot is just a part of the stories, not the whole of it,” says Derek Keller, a cannabis user and hobbyist marijuana cultivator, who’s been following the show since it was online with Vimeo. “You get these rich tales, and then — oh yeah, there’s a delivery guy that shows up, no different from pizza or Chinese or the UPS guy, but he’s got weed for you.”

Episodes tend to shine a burning light on race and class divisions and the gulf that exists when gentrification chips away at whole neighborhoods, distilling them into Instagrammable moments for picture-perfect selfies, $12 kombucha drinks, and exclusive rooftop yoga.

One Season 2 episode, titled “Namaste,” nails the feel of a class divide, and the perennial struggle many urbanites face seeking affordable housing. When a couple wins the city housing lottery and is granted subsidized digs in an exclusive Brooklyn building, they quickly see the class rift in stark relief as select areas of the building — the sauna, gym, rooftop deck — are reserved for “non-subsidized residents” only.

“I can absolutely relate to that on so many levels,” says Keller, who rents a small house in San Francisco in the Mission District, an area that has grappled with gentrification for decades. “I’ve been lucky to have rent control for the past 14 years. If I didn’t, I wouldn’t be able to afford to live in this city.”

Keller says he has a neighbor who owns the house next to his, who oddly acts as though she’s the landlord of his place. It’s a plotline that could have been written for High Maintenance, he says.

“It was a trip, she was really friendly until she saw that I had an outdoor cannabis garden last summer,” he says. “She came over one day and asked really politely what I was growing in my garden.”

When he told her that he was growing assorted herbs, marigolds, tomatoes and cannabis, he conveys how her eyes seemed to “bug out of her head when he said cannabis.”

“She was so surprised and asked, very courteously at first, if she could see the plants,” says Keller. “And the first thing that came out of her mouth when she saw my plants was, ‘Oh, is that medical marijuana?’ She actually winked at me and did air quotes when she said medical marijuana.”

He says since then his own landlord has received calls from the neighbor complaining about the “pot dealer next door.”

“It’s a ludicrous situation!” he says. “So incredible.”

Keller says he’s completely compliant with California’s medical marijuana laws, as well as new recreational laws, making sure the garden isn’t viewable to the public, setbacks are the correct distance off property lines, and most importantly, he says, his own landlord is totally OK with him growing personal-use cannabis.

“I’m really thankful that my landlord is level-headed,” Keller says, “and thank God I’ve got a little weed to calm me down through all this.”

And thank God, too, for shows like High Maintenance that are helping dismantle the barriers that marijuana prohibition has needlessly put up. It’s a refreshing sign that cannabis use — as in just one aspect of a person’s life, rather than wearing the scarlet mark of “stoner” — is steadily becoming normalized in American society.

Catch seasons 1 and 2 of High Maintenance on HBO, with new episodes of Season 2 dropping on Fridays at 11 p.m. Check out the trailer below for Season 2, courtesy of HBO: