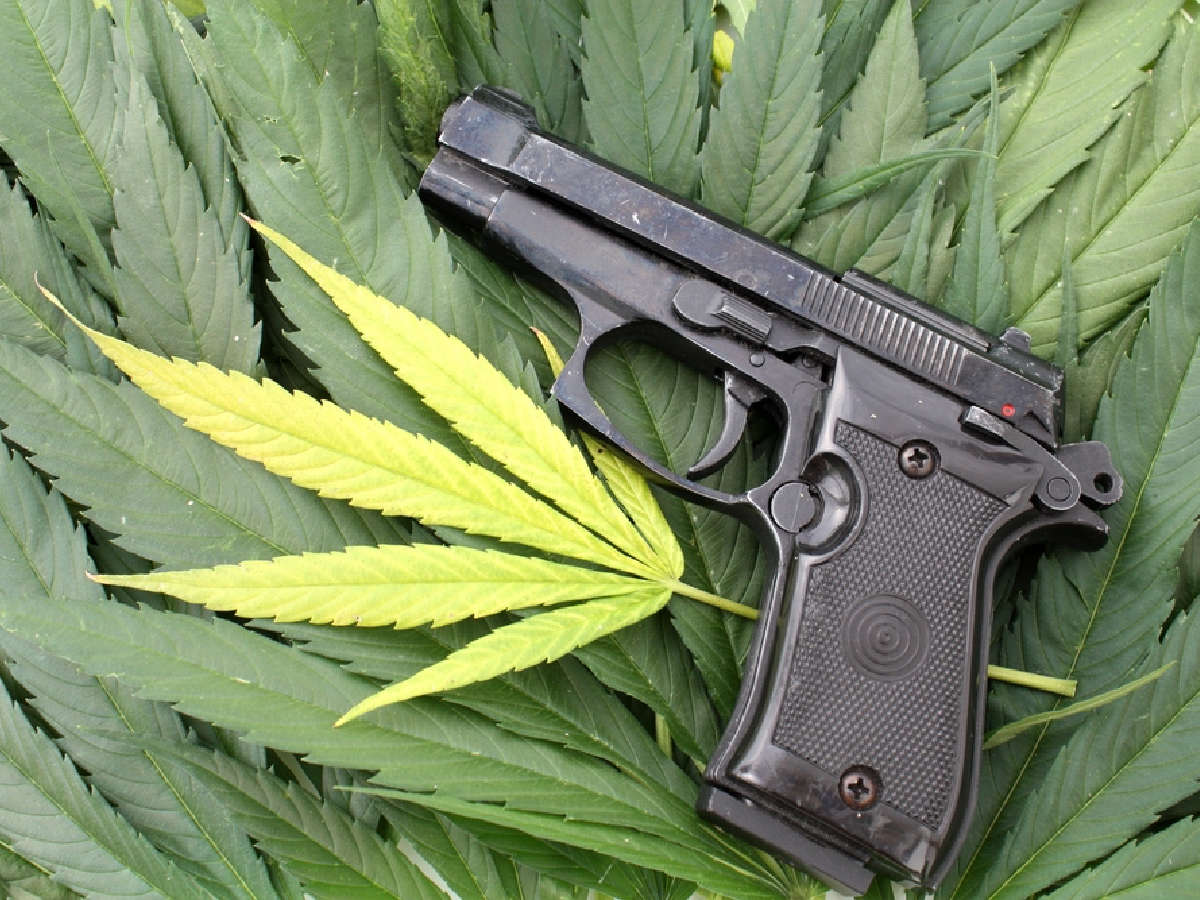 Hawaiian authorities dropped the hammer this week on the state’s medical marijuana patients, issuing letters to cardholders in Oahu to surrender their firearms within 30 days.

“This letter is to inform you that under the provisions of the Hawaii Revised Statutes (HRS), Section 134-7(a) you are disqualified from firearm ownership, possession or controlling firearms. Your medical marijuana use disqualifies you from ownership of firearms and ammunition.”

Medically legal in Hawaii since 2000, still for years cannabis has not been readily available to patients via dispensaries until the first shop, Maui Grown Therapies, opened in Kahului this summer.

The Honolulu Star Advertiser said that the letter from the Honolulu Police Department was issued to 30 medical marijuana card holders on Oahu, who also hold current state-legal firearms permits.

Hawaii Caught In A Battle Between Legalization And The ATF

With Hawaii representing another US state wedged in the clash between state and federal regulations, locals are grappling with the ban by the US Bureau of Alcohol, Tobacco, Firearms and Explosives (ATF), which prohibits individuals from both obtaining a medical marijuana card and owning a gun. ATF Form 1140-0020, which must be completed by all prospective gun purchasers, asks applicants if they are “an unlawful user of, or addicted to, marijuana or any depressant, stimulant, narcotic drug, or any other controlled substance.”

Checking that box swiftly shoots a red flag to officials, allowing states to follow the letter of the law and prohibit gun possession.

While cannabis is legal to some extent in 29 US states and the District of Columbia, it is still listed as a federally illegal Schedule I drug under the Controlled Substances Act and subject to laws at the national level.

Regardless of whether an individual consumes cannabis for any of the state-sanctioned treatment qualifications — including Crohn’s disease, epilepsy or glaucoma — Hawaiian residents are nevertheless technically barred by the feds from owning a gun. Many other US states, such as California and Montana, currently have systems where firearms and legal medical weed coexist without conflict.

The proclamation to forfeit legal weapons has caught some Hawaiians by surprise. While guns might not be the first thing that comes to mind when thinking of the Aloha State, a prolific hunting culture does exist on the islands.

Kihei resident and medical marijuana cardholder Pete Sebastian pointed out that the island chain has a fair number of game hunters — who’ve operated safely for generations, hunting populations of deer and wild pigs — and perhaps aren’t the ones who should be prohibited from owning guns.

“I would think the cops might want to keep guns out of the hands of people who use harmful drugs like crystal meth and heroin,” said Sebastian, “not people who enjoy something as mild as weed.”

Uncharacteristically All Quiet On The Western Front

Since the news dropped this week, the National Rifle Association has been conspicuously silent on the matter of medical marijuana patients’ firearm rights in Hawaii. The gun lobby’s most powerful organization — typically quick to remark on developing situations that affect the rights of gun owners — neglected to so much as retweet a show of support.

Hilo resident Jason P., a hunter and marijuana cultivator on the Big Island who has asked to remain anonymous, sees this development as just another obstacle by authorities to stymie the progress of the emerging marijuana system in Hawaii.

“It took us 17 years to finally be able to buy and sell medical marijuana openly and legally in a dispensary,” he said. “As far as I’m concerned, this is just another tactic by the police to crack down and slow that progress up.”

The Hawaiian grower believes his cultivating medical cannabis should not have any bearing on whether he chooses to own a gun or not. “Just like I won’t drive a car when I’m high, I won’t use my gun when I’m high. No one’s taking away my driver’s license.”

Jason says he’s curious to see what other gun owners do in the state — that is, if they surrender — but isn’t too concerned that this hiccup will affect marijuana’s steady endorsement and normalization on the island.

“Hawaiians have a rich tradition of enjoying this herb, they love their pakalolo,” he said, using the Hawaiian word for marijuana. “We’re moving forward toward full legalization and everyone knows it. You can’t unring this bell.”