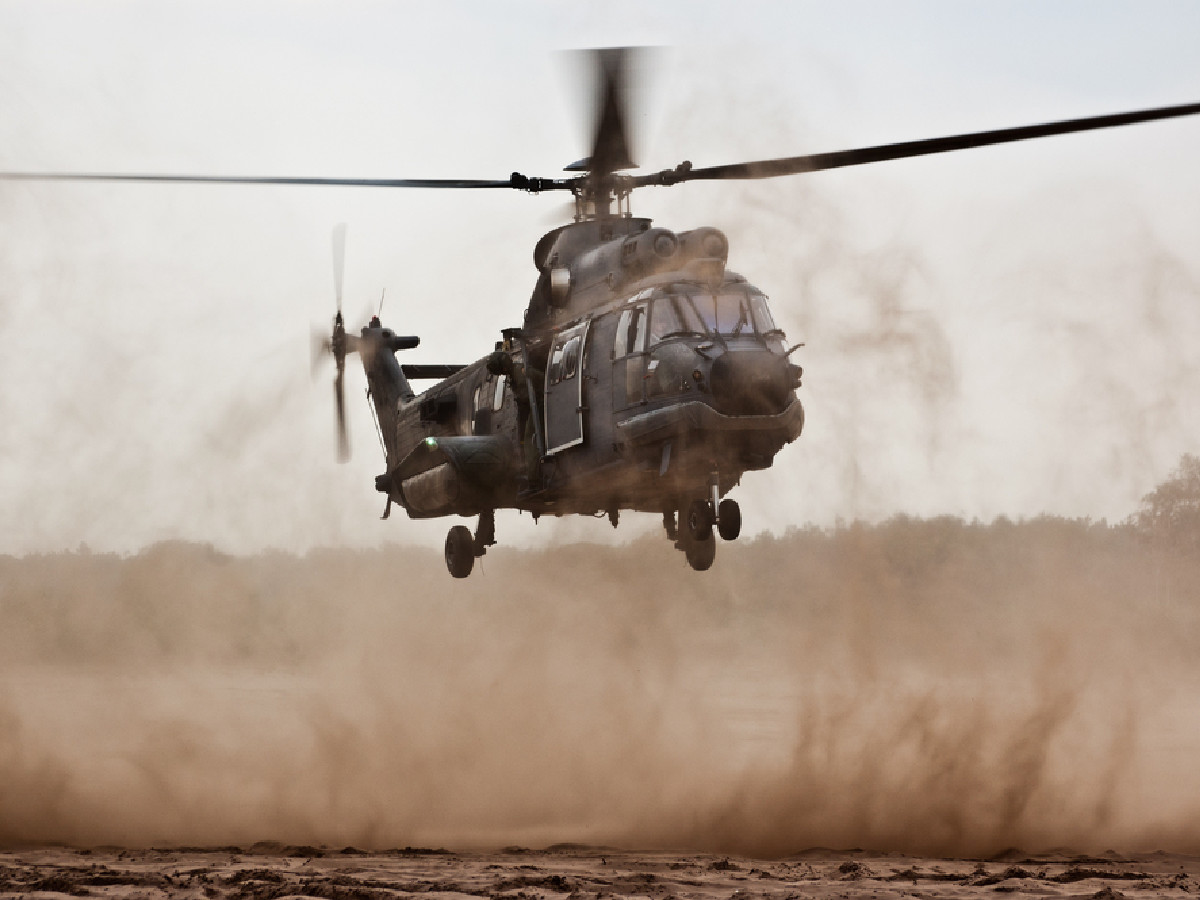 Issac, a disabled Vietnam veteran who’s been growing outdoor pakalolo (Hawaiian weed) on Maui for decades, has nightmares about his encounter with a Maui-based helicopter company named Windward Aviation.

He was tending his outdoor cannabis garden when he heard the sound of copters.

It reminded him of the Vietnam War, and triggered PTSD panic.

Stowing his tools and fertilizers in an underground chamber, he headed towards dense forest and stumbled as he ran away from his plants.

Issac waited until twilight, then crept back to his patch.

“Every beautiful plant was gone. They sprayed poison too. The ground was torn up. It broke my heart. All the work I’d done. My medicine stolen away. I hate them worse than I hated the Viet Cong,” he recalls.

Issac is one of many islanders who are victims of Windward Aviation and its Hawaii drug warrior profiteering.

Windward Aviation is one of a handful of helicopter companies taking massive amounts of drug war money from the DEA and other drug war agencies, in part as contractors with the Domestic Cannabis Eradication Suppression Program (DCESP), beginning in the 1980s.

During the peak of the helicopter drug wars, Hawaii drug warrior copters were flying day and night, as low as 50 feet off the ground in violation of aviation laws, scaring children and animals, invading everyone’s privacy, especially terrorizing Native Hawaiian communities, harming the environment and native animals, carrying state and federal police and military personnel who poisoned and ripped up hundreds of thousands of cannabis plants.

They trespassed on private property and in some cases removed plants that turned out not to be marijuana.

They executed bogus search warrants based on false information, and ruined many lives.

The drug war in Hawaii is a real war, Issac says, that costs taxpayers tens of millions of dollars and deprives Hawaiians of medicine and a much-needed cash crop.

And while anti-marijuana helicopter flights have been scaled back in recent years, they haven’t been totally eliminated, even though thousands of Hawaiians are legally allowed to grow marijuana as part of the state’s medical marijuana program.

That’s why Issac and many other Maui residents are outraged that Hawaii drug warrior Don Shearer, the aptly-named head of Windward Aviation, has applied for one of a handful of state-issued licenses that will allow license-holders to grow 6,000 marijuana plants and retail marijuana at two dispensary outlets.

Shearer, a Hawaii drug warrior who got rich working for and with the federal drug warriors, vice cops, and other government goons who’ve terrorized Hawaii’s marijuana community, has a new company on the list of nearly 70 companies being considered for the licenses.

There are eight licenses available state-wide; two will be awarded for Maui County.

Shearer wants his new company, called “Grateful Meds,” to be one of the license winners.

In a recent interview with MauiTime, the premier journalistic publication in Maui County, Shearer’s statements indicate he’s clueless about the indignation people feel when someone who has profited from the drug war now wants to profit from legal marijuana.

In the interview, the Hawaii drug warrior describes how “Operation Wipeout” in the early 1990s involved the Department of the Interior, the National Guard, the Army and the DEA.

The drug warriors “gridded the entire state of Hawaii into 10-kilometer squares. Then we did each square until there was no more marijuana. We started on the Big Island. It took us 16 weeks straight to do the state. We found patches the size of basketball courts. We got to the point where we developed a spray system. Now we have a spot-sprayer: I can spray a three-foot circle with no overspray. Now we can just spray it, kill it and move on,” Shearer said.

Shearer admitted the drug war was a major source of cash for Windward Aviation, as much as 70% of its income, but that this percentage has dropped.

He admits that the Hawaii copter wars now target backyard growers, but evidenced no recognition that his company’s warlike actions are opposed by the majority of Hawaiians.

What’s even more ironic is Shearer says if he’s granted a license to operate Grateful Meds, he won’t allow his employees to be marijuana users!

So not only has he been part of the war on cannabis, but he’d prevent his employees from using their legal marijuana medicine.

He’d prevent them from using the cannabis he wants to sell, in apparent violation of new Hawaiian laws that ban employers from discriminating against legal cannabis users!

When the interviewer asked Shearer what he knew about marijuana, Shearer’s response was so vague and confused that it appears he knows little about cannabis, other than how to kill it.

And yet, he was quoted as saying: “I think it’s something I can manage, maintain and control, and that I’m just as qualified, if not more so.”

Shearer’s answers to the journalist’s questions indicates he at least understands that marijuana has medicinal value.

But Issac asks if Shearer has enough conscience and intelligence to “see the sinfulness” in the company’s big-money opportunism in the war on marijuana.

“Does this greedy person have a conscience to realize it’s a war crime when he poisons and destroys all that medicine?” Issac asks.

Issac explains that he sees marijuana as a “sacred plant made by God,” and those who’ve been involved in the helicopter war against marijuana as “servants of Satan.”

He says he wants “justice for all Hawaii marijuana growers, and anyone who has been harassed and harmed by copter people like Don Shearer.”

He urges Hawaiians and other marijuana advocates to contact the Hawaii Department of Health Medical Marijuana Program via email at the following email address: medmarijuana.dispensary@doh.hawaii.gov

“Tell the Department of Health: no way, don’t award one of these valuable licenses to Grateful Meds and Don Shearer. He’s been a militant enemy of our marijuana community,” Issac said. “He doesn’t deserve one penny of profits from marijuana. The Department of Health should give the license to Woody Harrelson, a friend of the marijuana community, not this damned haole drug warrior.”

Issac said that if “the government makes a terrible mistake and gives a grow and sell license to Shearer,” that Shearer should “have his dispensaries give away marijuana as a way of apologizing to our community.”

“He did serious wrong to the land, the people, and the plant,” Issac said. “His love of money led him to wage war against a healing herb made by the Creator. I advise him to repent, and make amends.”

Issac admits that Shearer has done some good for Hawaii by using Windward Aviation to fight fires and rescue swimmers.

But he’s also “one of those guys who bring helicopter noise onto the ocean by buzzing around filming surfers,” Issac reports.

“We who live in Hawaii wish helicopter tourism and the surf filming industry would go away,” Issac says. “They just bring a ton of pollution, noise, and machine crap into our aina [environment].”

Issac said Shearer and his company have been involved in other “shady activities,” including the alleged helicopter transport of two government employees suspected of using electrocution devices to kill and “harvest” aquatic wildlife from Maui streams, in possible violation of law and regulations.

You can read more about that here.

Hawaii authorities say they’ll choose the recipients of the eight medical marijuana cultivation and dispensary licenses by the end of April, 2016.

Issac told me his religious faith and medical marijuana helps him lead a productive life after the trauma of being a soldier in Vietnam.

“Don Shearer is a man who has been against the land, the sacred herb, and Hawaiian people, in his quest for money. I’m praying fervently that Don Shearer won’t be granted a license to grow and sell marijuana,” Issac says.