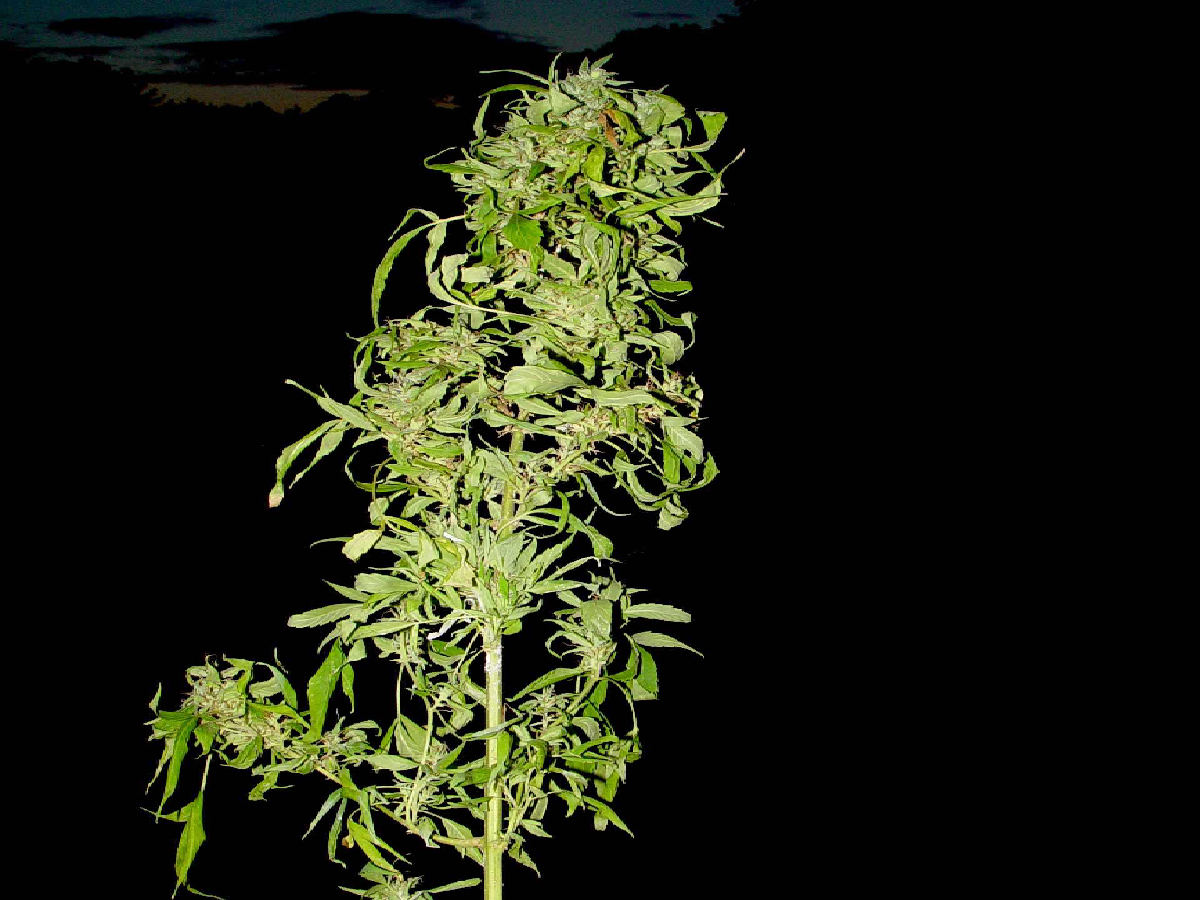 In my first article on growing marijuana the cheap way, I explained how I’d had to abandon a beautiful deep water culture hydroponics grow op that was producing an average of 51 pounds of bud per year.

My wife had turned against me and threatened to nark me out, so I fled my home with only what I could carry in my car—my cannabis seeds, some HID bulbs and ballasts, and my clothes.

Eventually I rented a crappy house in a crappy part of a crappy town, and tried to grow weed without all the professional hydroponics gear and supplies I’d been used to.

I quickly discovered how fortunate I’d been to have a high-tech marijuana grow op.

Without reverse osmosis water, a pH meter, a TDS meter, or my usual nutrients (Advanced Nutrients pH Perfect base nutrients that automatically balance pH), the tap water I used smelled bad and hurt my grow efforts.

It lowered my seedling germination rate.

It created toxic root zones that hurt my seedlings so that some of them died soon after sprouting.

It created nutrition problems that slowed growth and hurt my plant’s health.

I used a type of soil called Dr. Earth, that had fungus gnats and was more sticks, rocks, and bark than rich soil.

I call it Dr. Earth dirt.

The fungus gnats gnawed away at my roots and annoyed the hell out of me.

I couldn’t afford to buy reflectors for my HID bulbs or ballasts for my growing marijuana, so I relied on sunlight.

Where I live even the longest days of the year offer far less than 18 hours of continuous light.

My seedlings didn’t develop into adolescent plants properly because they didn’t have enough daylength.

They were confused. They didn’t have enough photons per day.

Their genetics had been used to 18 hours of light in grow phase and 12 in bloom phase.

But these poor little plants started their lives getting only 15 hours of daylength and then came the summer solstice (longest day of the year) and the daylength started decreasing, so they started getting ready for flowering before they had enough leaf sets and structure to do so.

Bloom phase came when the plants were only 20 inches tall, too short.

I didn’t have enough money soon enough to get step-up pots to plant them in when their roots were ready for it, so some became rootbound.

Budding sites were few and bud development was slow.

This was due to several factors including that I didn’t have my Advanced Nutrients hydroponics nutrients products including Bud Ignitor, which creates more and earlier budding sites.

I was using cheap liquid organic fertilizer that smelled bad, was sludgy, and fed the fungus gnats.

Resin gland percentage per ounce of flower was about 35-50% less than it should have been for those strains, and so was bud size and density.

Finally my plants gave up on life, and I harvested because most of the leaves had fallen off.

My yield was less than half what it should have been, and the buds weren’t as tasty and potent.

Growing marijuana the cheap way did produce buds and I was able to get high for a while, which was nice.

People say you never know what you had until you lost it.

When I lost my indoor grow op and tried to grow outdoors without the gear, garden environment control, and supplies I’d taken for granted, I realized how fortunate we are to have modernized ways to grow marijuana.

I won’t grow again until I can afford an indoor growing marijuana space like I used to use.

I made that final decision after starting a second crop outdoors.

My plants were about a foot tall and I was trying to have some hope that this season would be better than last season.

Then on a Saturday afternoon I noticed kids who live behind me and to the left were climbing a tree in their yard and standing on a shed.

They had a zip line. They could easily see over my fence.

I had a panic attack when I realized how visible these plants were.

I waited until the kids turned away, and then I hastily moved the plants to a different side of the back yard where (I hoped), the kids couldn’t see my growing marijuana.

But the damage was done. My mind was troubled with fear.

I realized that this pathetic cheap way of growing marijuana wasn’t worth getting busted.

Maybe I’ll run out of bud or have to buy some.

But until I can again afford to do my growing marijuana indoors, with reverse osmosis water, pH Perfect nutrients, HID or LED lighting, air conditioning, and other controls, I won’t do it at all.