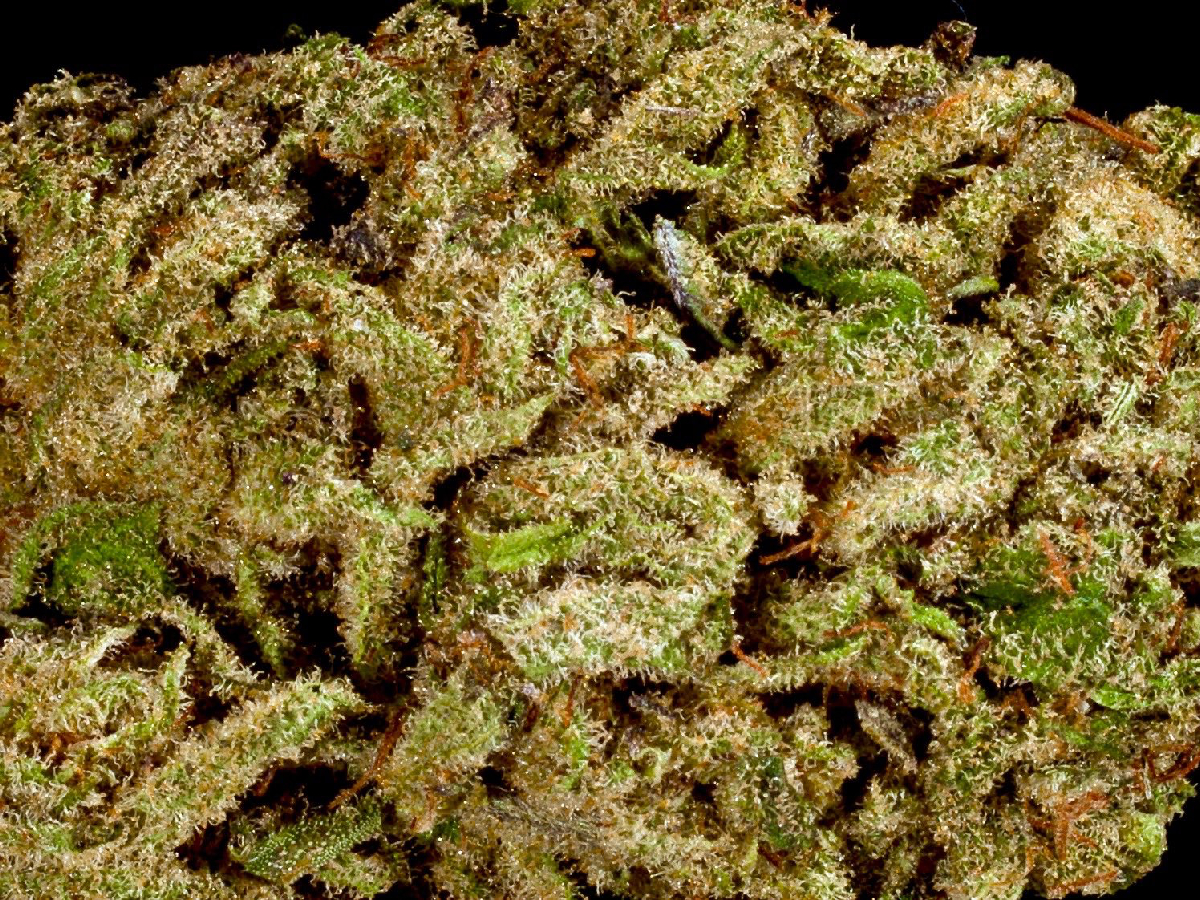 Most marijuana strains we grow today are descendants of foundational landrace strains gathered by intrepid cannabis adventurers in the 1960s, ’70s and ’80s.

Until the beginning of the 1990s marked the advent of accelerated hybrid cannabis breeding and a rapid increase in the number of breeders that accompanied marijuana cultivation legalization in North America, if you grew cannabis, you were almost certainly growing strains developed in the Netherlands.

For many years, up until the mid-’90s, the Dutch nation was the only country hosting a robust cannabis seeds industry serving growers worldwide. The early Dutch seed houses — Sensi Seeds, Sagarmatha, Dutch Passion, Serious Seeds, Positronics, and a handful of others — offered relatively consistent variations of foundational genetics gathered from the Middle East, India, Africa and Latin America.

Back then, hybridized breeding was far less nuanced and creative than it is nowadays, so strains tended to be very heavily indica or sativa, retaining their landrace characteristics. Those strains provide a different cultivation and consumer experience compared to modern strains, and are still well-worth growing today.

So What Are Landrace Strains?

In the context of cannabis, landrace refers to an ancient and genetically stable strain of naturally occurring cannabis growing wild, or only marginally cultivated by local people in a specific geographic region for hundreds, likely thousands of years. Landrace cannabis strains are likely to have originated from Central Asia before making their way to the Indian subcontinent, the Middle East, Africa and South America.

What marijuana growers should be happy about is that we can still buy seeds of most of those legendary strains today. Especially if you intend to do marijuana breeding to make your own cannabis seeds and strains, these foundational strains are essential.

Below are two of the heritage cannabis strains, of which you can still source reliable marijuana seeds, and how best to grow them.

Expect a narcotic all-indica high that envelops you in its warm, reassuring, knockout embrace. For sure Afghani #1 is a medical strain best used for conditions such as anxiety, insomnia, chronic pain, loss of appetite and joint pain.

I recommend the Sensi Seeds version of Afghani #1. The Sensi team includes original cannabis adventurers who sourced this strain many years ago, and for decades they’ve made it a point of pride to keep it stable and reliable.

Afghani #1 grows short and dense, producing thick buds gummed up with resins. The strain offers an incredibly fast 43–55 day bloom phase, and a stupefying high that locks you to the couch, bed or floor.

It’s easy to grow indoors or outdoors and yields large amounts of amber-resin buds if you give it copious amounts of premium nutrients during bloom phase.

How Best To Grow Afghani #1

Load up on Advanced Nutrients Bud Ignitor in the first 10 days of bloom phase. Switch to Big Bud and Nirvana until day 33 of bloom phase, then switch to Overdrive a week before flushing. This strain matures remarkably fast and can go from peak bloom to too ripe in a day or two, so watch your resin glands like a hawk.

Avoid overwatering in bloom phase. And keep your grow room a little cooler than usual, especially at night, alert to the possibility of mold that comes from high humidity and thick buds.

The alleged backstory for this epic strain involves cannabis pioneer Nevil Schoenmakers, who started growing cannabis in the Netherlands in 1978. Dissatisfied with the grow results of the Thai, Colombian and African cannabis strains that were available to him at the time, Schoenmakers is credited with sourcing rare genetics from North American cannabis connoisseurs and further afield, including the fabled G13 cut that became a cult strain.

Schoenmakers is also credited with creating the original pure Haze sativa using a combination of tropical and equatorial genetics.

As with many cannabis strain origin stories, the Haze fable is shrouded in contradictions and debate. That said, authentic Haze is a very recognizable marijuana genotype because Haze buds have a characteristic smell that includes hints of turpentine, ammonia and lemon.

There are several variations of Neville’s Haze, and almost all of them feature a pure Haze crossed with a version of Northern Lights, another heritage strain that’s almost pure indica.

This cross with Northern Lights was created to shorten Haze’s bloom phase and make the strain more amenable to photoperiod bloom triggering. Pure Haze has a tendency to be unmanageable in indoor grow rooms, and outdoors at most latitudes, which is why breeders mixed in the indica genetics from Northern Lights.

In many cases, you need to decrease daylength to 9–11 hours to get Neville’s Haze to finish. This is easily done in an indoor grow op, but not so easily done outside.

There are several seed companies claiming to sell Neville’s Haze, but the most reliable, authentic Neville’s Haze plant I’ve ever grown came from feminized seeds bred by Green House Seed Company in Amsterdam.

How Best To Grow Neville’s Haze

Unless you skillfully trim and train Neville’s Haze, it can grow upward of eight feet tall indoors and be as large in diameter as a wine barrel, no matter how you trim it. Taming it with screen of green, or SCROG gardening, is a great idea, but it’s not for the fainthearted. You want to match the size of your root mass to the very large canopy perimeter that a SCROG LST will create when you grow Neville’s Haze.

With a bloom phase as long as four months, Neville’s Haze stretches 120 percent or more after you flip it into 12–12 lighting, so be sure to calculate your vertical growth-area height, measure your grow phase plants, and don’t start bloom phase too late. I’d flip this Haze into bloom when the plants are two feet high, max.

In SCROG, with 12–16 weeks of bloom phase, branches have a long time to lengthen, so you need a SCROG screen that’s at least four square feet if not more for a solo Neville’s Haze plant.

I don’t recommend stacking more than two to three SCROG screens to train and support the canopy of lanky sativas like Neville’s Haze. Instead, I expand the screen horizontally. You can end up with branches with 2–4 feet total length woven into screens, with horizontal exposure that allows light to penetrate deeply into the canopy so buds billow up with weight and resins like summertime thunderstorms.

Yield from just one Neville’s Haze plant nurtured indoors can be a pound or more. But if you grow outdoors in greenhouses using 400-gallon or larger Smart Pots with soilless mix, coco coir or other sterile media, and a customized feed program including hydroponics base nutrients and systemized supplements, you could harvest several pounds of succulent Haze that has a high resembling LSD or mushrooms!

Always load up on Bud Ignitor as soon as you flip your lights to bloom phase, and use that until week four, along with your base. Pour on B-52, Bud Candy, Big Bud and Nirvana from four weeks into bloom phase until four weeks before harvest.

Finish with Overdrive, then flush with Flawless Finish. I recommend flushing for at least eight days to bring out the turpentine, peppery, lemony, ammonia smell that Haze lovers recognize as the real deal.

Neville’s Haze and other pure sativas have a tendency to go hermaphrodite as a sign of stress or just due to genetics. Monitor closely for the dreaded combo male/female flower clusters that can result in a self-pollinated crop.

Also be aware that pure sativas are susceptible to nutrients burn, so use less than manufacturer dosage as you cautiously increase dosage, monitoring leaf tips to see if you’re burning your plants by overfeeding. 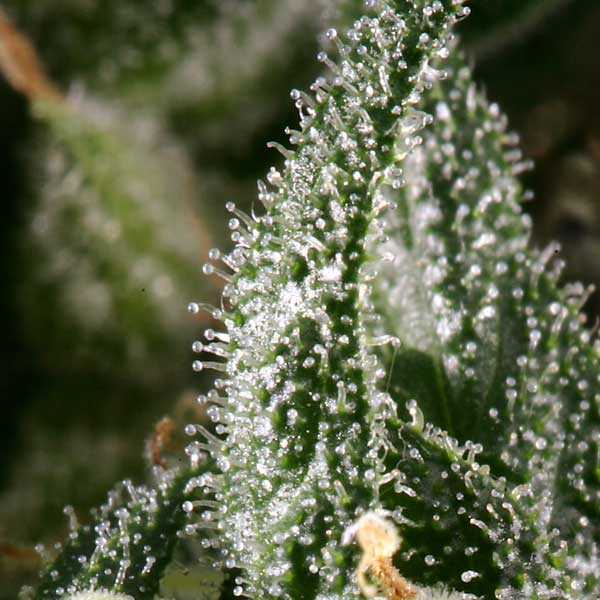 I selected Neville’s Haze and Afghani #1 as the first two varieties in this foundational strains series because they’re such genetic polar opposites.

Afghani is by nature stout, sturdy, very easy to grow. Neville’s Haze is by nature gangly, overly tall, viney, temperamental. The Afghani high is narcotically sedating; the Haze high is utterly stimulating — good for dancing at an all-night rave.

Stay tuned for future articles about landrace foundational marijuana strains that are truly a pleasure to grow and celebrate!

The Light Stuff: Best Grow Lights & Hydroponics Nutrients for Your SCROG Marijuana Plants
Miles Away from Ordinary, Corona Wants A Taste Of Cannabis