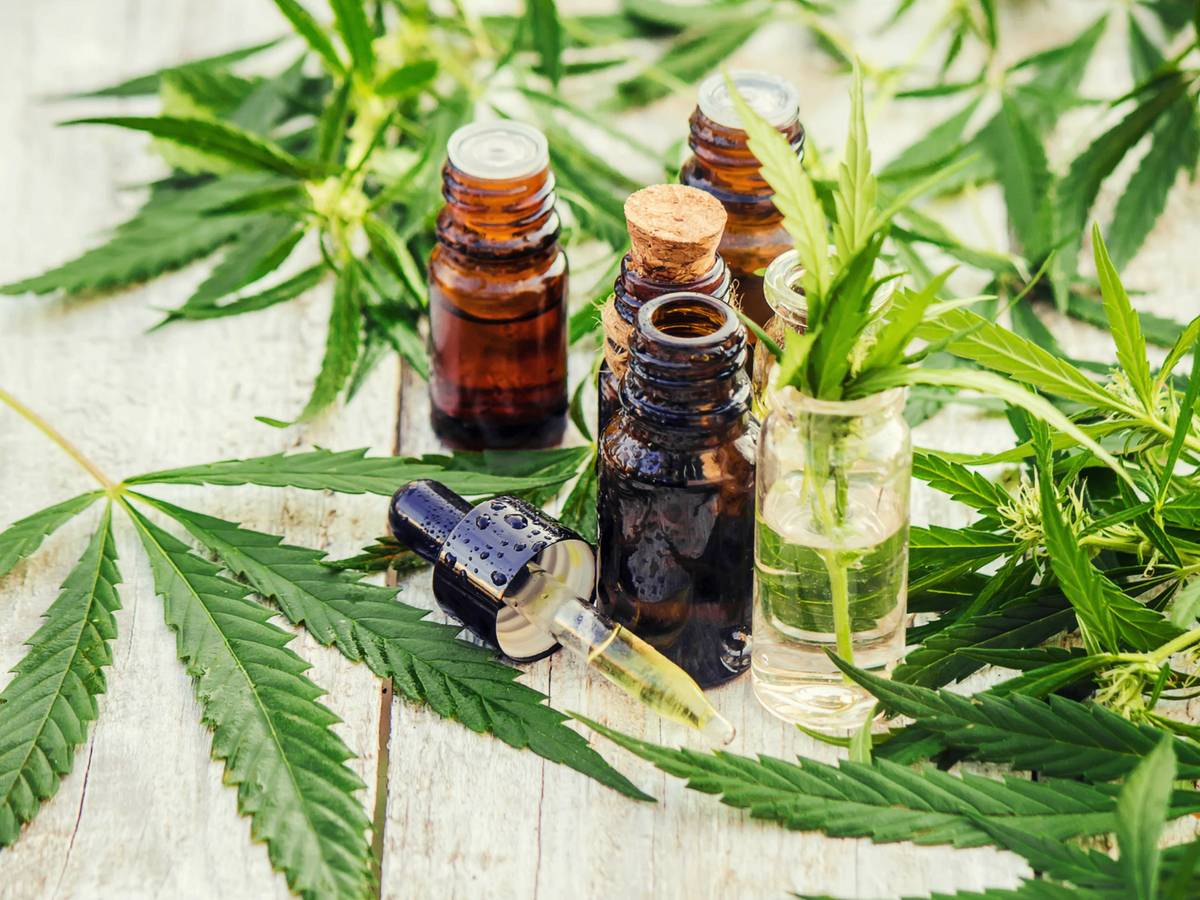 Glycerin cannabis tincture is a potent extract that many cannabis connoisseurs enjoy. In a previous story, we discussed how to make glycerin marijuana tincture. Since that story was posted in 2014, I’ve further refined my tincture-making process.

As we near the end of 2018 and cannabis becomes more universally accepted, people are varying the way in which they consume their cannabis. And one of those methods of consumption that’s increasingly growing in popularity is glycerin cannabis tincture.

Nowadays, most people who use cannabis tincture administer it as a sublingual under the tongue or in the cheek. It’s absorbed directly through mucus membranes and effects can be felt within 5–10 minutes. The outcome usually peaks within an hour and recedes in two to three hours.

Cannabis tincture can also be administered through the mucus membranes of the vagina and the anus to achieve a powerful aphrodisiac effect. The effects are also felt within 5–10 minutes, but are much different than other cannabis experiences because they center on the pelvic region.

Easily ingested orally, much like a medible, glycerin cannabis tincture passes through your digestive system, then into the liver, where its Delta-9-THC — i.e., the primary active component of cannabis — is converted into the main active metabolite of THC, called 11-hydroxy-THC, before it enters the bloodstream. This conversion creates a different high than what you get from inhaled cannabis.

Again, as with consuming edibles, liver-processed cannabinoid effects come on slowly, tend to be more body centered, are longer-lasting compared to inhaling cannabis or using tincture sublingually, and are much more difficult to titrate.

However, it can be consumed in a variety of ways, including as an addition to beverages, in prepared meals — or even as icing. That’s because glycerin is sweet tasting, so it can be used as a substitute for sugar, artificial sweeteners and stevia.

I make my own delicious tincture beverages that are far less expensive than what’s commercially on offer in most dispensaries, and more customized for my taste and my desired potency. The recipe can be as simple as adding tincture to iced tea, iced coffee or carbonated drinks. I also enjoy combining the effects of caffeine and cannabis by adding tincture to iced espresso. The caffeine provides a stimulating boost to the very sedating tincture high. It may be worth noting that heat can alter cannabinoids, so I don’t suggest adding it to hot beverages, hot foods, or foods that otherwise have to be heated or baked.

What Outcome To Expect From Glycerin Cannabis Tincture

Cannabis affects each of us differently, and when you’re ingesting glycerin tincture, those idiosyncratic effects are magnified and must be carefully monitored and adjusted to suit your needs and desires.

Taking a small number of drops isn’t always logistically easy, because glycerin is very thick and hard to hold via suction in an eyedropper. When I’m providing glycerin tincture to someone else, I do the extraction as per my recipe, but then add glycerin to dilute the dose, so it’s easier for them to use a spoon rather than an eyedropper.

Some people may wonder why I don’t just use fewer buds at the outset to decrease the strength of the tincture. I prefer to make a very concentrated tincture, test its potency, and dilute if it’s too strong. If I use fewer buds and create a weak tincture, there’s really no good way to increase its potency.

Like all heat-based extractions, long-term decarboxylation changes raw forms of cannabis compounds, including THC and CBD, in ways that promote a body high rather than a head high. The mode of absorption for glycerin cannabis tincture (via mucus membranes that transfers cannabinoids into the bloodstream, or via oral edible ingestion) also tends toward a heavy, body-centered high.

Even when I make a tincture with pure sativa buds heated to 275°F instead of 300°F and extracted for only two hours instead of 12–20 hours, the tincture high is heavy, but somewhat more uplifting than what I’ve got from previous homemade batches.

For this reason, I see glycerin tincture as a useful medical marijuana product that’s effective at ridding the body of chronic pain, anxiety, insomnia, spasms, arthritis and similar maladies. When I’m having a hard time getting to sleep, a drop or two of tincture gives me sweet dreams within 15 minutes, whereas if I want a stimulating, active high, I rely on inhaled cannabis.

Applied topically to a targeted area, cannabis tincture works as a muscle-relaxing analgesic and as an anti-inflammatory. However, it must be stated that of all the methods of cannabis consumption, topical administration, or transdermal transfer, is nowhere near as efficient as administration through the mucus membrane, or via inhalation or oral ingestion.

Cannabis tincture made with glycerin isn’t quite as stable as alcohol-based green dragon tincture, nor is it as easy to use. Glycerin is viscous, which makes it difficult to use eyedroppers to withdraw it from your container for dosing.

Expect some wastage and gooey mess when you make and consume glycerin tincture. While processing, wear rubber gloves to avoid getting a dose through your skin. When I had a cut on my hand and wasn’t wearing protective gloves while processing tincture, I got a massive dose when the tincture entered my bloodstream through the cut. It took me an entire day to recover.

I gave up trying to place my tincture into individual smaller bottles, except for when I’m traveling and don’t want to bring a mason jar of goo with me. In fact, traveling is a great time to take advantage of strained glycerin tincture, which doesn’t smell much like a cannabis product, nor does it look like one.

I place mine in small bottles that have labels for legal herbal extracts such as valerian, and only a trained herbalist would know the difference.

Another benefit of making glycerin cannabis tincture is that in the initial extraction process, it can be combined with propylene glycol to make e-cig oil. Yep, there’s certainly an art and science to making cannabis e-cig oil.

Some people prefer using raw, fresh buds in their tincture recipe rather than dried, cured buds. This is like a live resin approach to extraction. If you choose to do this, be prepared for a greener taste and the possibility that some bud moisture might remain after extraction, which could create the risk of mold. For that reason, it’s essential to use a cheesecloth to strain the buds out of the glycerin and leave not a trace of plant material.

As with processed cannabis products like bubble hash, dry sift and green dragon, glycerin cannabis tincture adds an additional facet to your cannabis consumption and is especially powerful as a medicine and aphrodisiac. Just don’t let the sweet taste fool you. A little goes a long way!

While I’ve previously outlined a generic crockpot recipe for making glycerin tincture, I came to understand that the crockpot method was decarboxylating cannabinoids too much, resulting in a tincture that provided mostly body effects and had a very dark color.

I tried shortening the amount of time my cannabis and glycerin were heated in the crockpot, but most crockpots have only a high and low temperature setting, meaning I was unable to control the amount of heat delivered.

So, for this updated version of the recipe, I decided to use an oven, a stainless steel pot, an electronic infrared thermometer, and much shorter extraction times. After more than a dozen tincture-making sessions, I finally arrived at the following process for making glycerin cannabis tincture that meets my therapeutic needs.