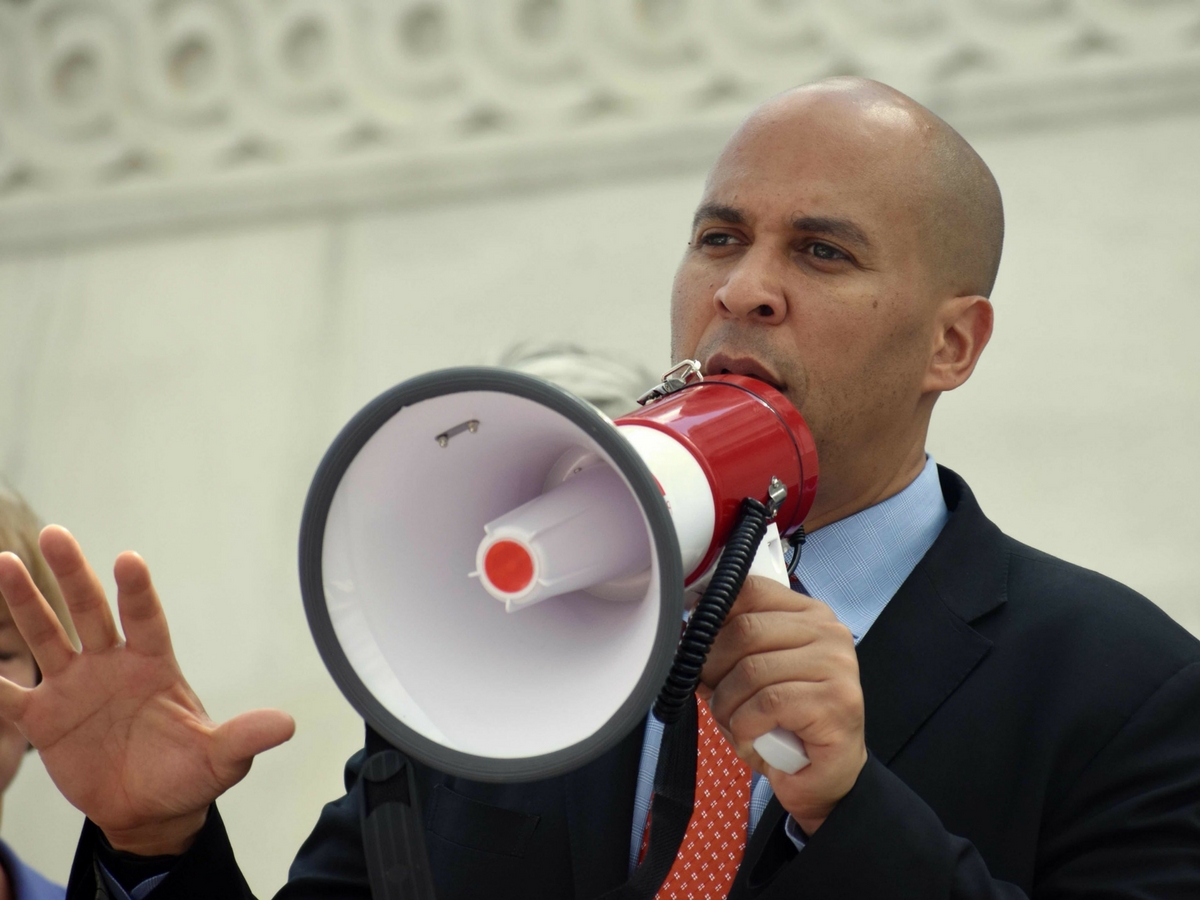 New Jersey Senator Cory Booker has been a vocal supporter of ending the war on drugs, particularly in regard to cannabis.
By Danielle Guercio | Published: January 9, 2018

If you’ve ever travelled around the United States, you’d notice how the unique culture of each region is undeniable. With New Jersey thought to be among the next states to legalize recreational cannabis, it’s worth pointing out that due to the diverse makeup of each of the Garden State’s towns and cities, legalization is not a one-size-fits-all situation.

From skiable Appalachian highlands to bourgeois beachfronts, quaint riverside towns with hidden rural passageways, and block after block of urban terrain, almost every ecosystem in America has a foothold in New Jersey. A well-performing recreational cannabis plan would have to satisfy every degree of suburban-to-rural township and additionally the state’s sprawling metropolises. It’s a tall order for such a small state, but many cannabis watchers think it could happen under the right conditions.

“Governor-elect Phil Murphy had a campaign promise to legalize recreational cannabis in the first 100 days in office,” says Yagielo. “However, we must get his legislature to create a bill from him to sign, so this may be a delay to do this. But we do think it will get done sometime in 2018.

“Currently, there is a bill S3195, which needs approval from the legislature before going to the governor’s desk,” Yagielo continues. “The first legislative session ends at the end of March, so it will need to be done quickly to meet the 100-day promise.”

Now, with the shift in Department of Justice cannabis-related enforcement due to Attorney General Jeff Sessions’ planned ditching of the Cole Memo, the promise of fully legal cannabis legislation in New Jersey could be in jeopardy.

No stranger to the good green fight, Democrat Senator Cory Booker reacted to Sessions’ decree with a takedown of the war on drugs on his Facebook page:

I am furious.Jeff Sessions is trying to restart a front of the failed War on Drugs – a war on marijuana. How long will low-income communities, communities of color, our children, and our veterans have to suffer the consequences of our failed marijuana prohibition policies while 3 out of the last 4 Presidents have openly admitted to trying marijuana?So, I've been fighting in the Senate — introducing legislation that will end the prohibition of marijuana at the federal level, the Marijuana Justice Act. Please fight with me. Share this video. Call your representative.

In 2017, Booker introduced the Marijuana Justice Act in the Senate, a descheduling bill that would make it federally legal to use and sell cannabis. The bill not only ends 70-plus years of federal prohibition, it reinvests tax dollars into communities that have been harmed by racially profiling drug enforcement policies. Booker said of the war on drugs via his Facebook page:

“Like prohibition of alcohol, this has been a disastrous failure that has wasted us hundreds and hundreds of billions of dollars. But it’s not just been a waste — the laws are unequally applied.”

With Booker’s consistent reelections to all of the offices he’s held, it’s safe to say that New Jerseyites who support him are mostly aligned with his cannabis agenda. His big takeaway is that renewing prohibition rather than revoking it is un-American.

Warren Bobrow, author and self-proclaimed cannabis alchemist, is a rare green lantern in northern central New Jersey, an area strictly maintained by white-collar conservatives. Having grown up on his family’s local biodynamic farm, Bobrow has a special relationship with botanicals and the environment of New Jersey itself.

When asked if the state is warm to the idea of legal cannabis, the caveats become clear. Bobrow explains, “Absolutely — except for here in Morris County. It’s been Republican here since George Washington’s men slept up in the woods of Jockey Hollow. There is a big living made on busting people in Morris County for small amounts of cannabis and I don’t see that changing any time soon.”

New Jersey’s anti-cannabis legislation has been particularly harsh for people of color and minorities who have used and sold cannabis for decades, and legalization could finally put a stop to this.

Central New Jersey resident Victor Conde, who is of Puerto Rican descent, has been dealt New Jersey injustice firsthand. Sharing his story with Big Buds, he recalls, “I was 17 years old and arrested at Lakewood High School while I was attending. I was charged at 18. I was told by the prosecutor they will make me an example. I was young and smoking a blunt in the parking lot. My car was searched and an ounce was found. They took three years of my life from me.”

Conde elaborates on his unexpected incarceration, “My parole officer at the time even believed I should have gotten probation. New Jersey: The land of [the] rich and where the minorities are shit on. Corruption. No college, no professional jobs, nothing. I cannot receive state assistance. I can’t get any help. I’m a smart man with a charge destroying my life. It costs $2,700 for expungement. I have two kids and a wife, there is no way I can afford it. I’m harassed constantly just because of the color of my skin and background.”

Indeed, prison time is still a very real concern for people of color in New Jersey who use cannabis.

The Pros And Cons Of NJ Cannabis Legalization

Conde offers his point of view about potential legalization in his state.

“Honestly, it will help the lower class. It will lower the taxes in other areas, such as property [tax], which is one of the highest in the country. It would benefit schools, hospitals, etc. The drawback is that drug dealers would be out of business and probably head more toward harder drugs. New Jersey is infamous for pills and heroin.”

Yagielo believes that legalized cannabis sales would be a massive boost to more than the state’s economy.

“The biggest benefit to the state is clearly the influx of revenue. New Jersey has 60 percent more residents than Colorado, so it stands to reason they would make substantially more than Colorado has to date, which was about $500 million in the first three years [of legalization]. Even before any licenses are given there will be application fees, then license fees, then the actual tax revenue once the program launches. Not to mention bringing hundreds of new jobs to the state of New Jersey, lowering unemployment.”

Bobrow has some insight on cash flow for people considering starting a legal cannabis business.

“From a purely monetary standpoint, they only will gain. Which might drop the property tax and the gas tax and the business taxes. … Cannabis is a powerful negotiator — by economic necessity — the money has to come from somewhere. The drawbacks I know from my 20-year career in banking — if banks won’t be able to do business with the cannabis industry, where will the money go?” 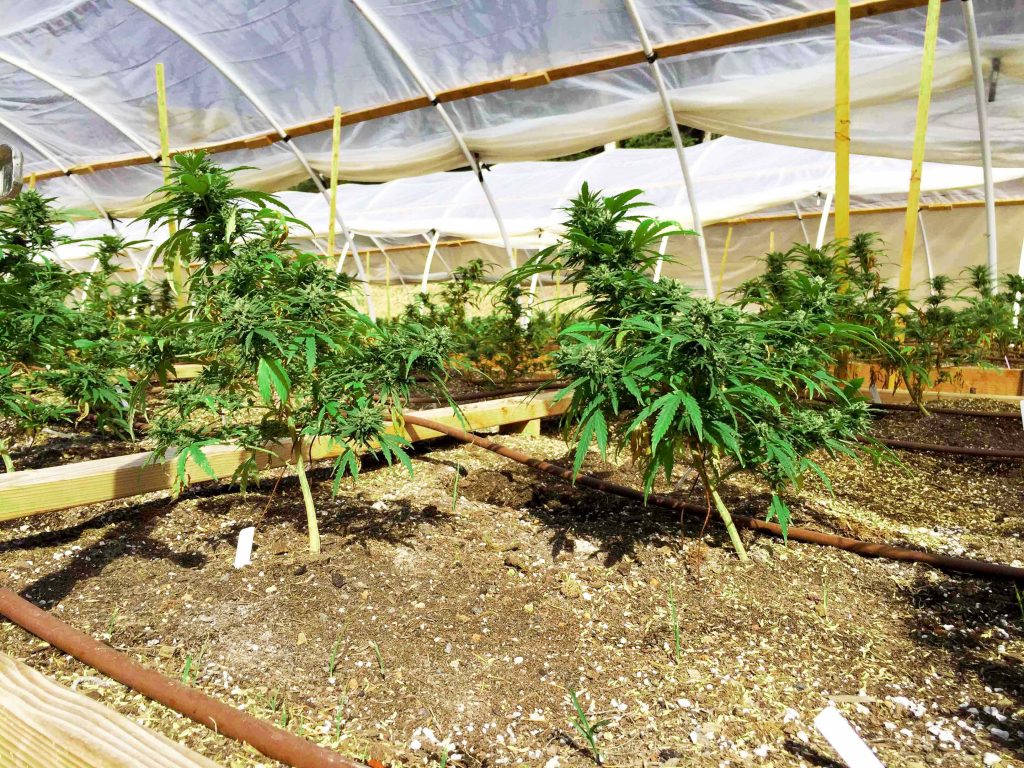 New Jersey is a temperate climate with frosty winters and scorching, humid summers, which could easily accommodate a culture of cannabis cultivation if growers are well-prepared.

Yagielo offers his advice for those who are interested in future grow ops under legalization. “To maximize output and be able to grow year-round, [the] New Jersey [cannabis industry] will most likely be [comprised of] indoor warehouse grows. There may be some outdoor grows, but they would need to be in a greenhouse to avoid the cooler winters and to help control pests and mold.”

People like Conde worry that New Jersey weed may end up being overly regulated by the local government, pushing out potential legal at-home growers. “New Jersey could grow. [But] I think [the state] would regulate it too much and it would be grown specifically in locked-down sites.”

The rise in personal-use and at-home growing in recreational states helps to keep institutional inequality in check, so commercial growers shouldn’t advocate for a monopoly just yet if they want the state to progress socially.

The state of New Jersey’s revenue needs bolstering yesterday, as it’s still fighting constant over- and underdevelopment along class and color lines. In the hands of outgoing and much-maligned Republican Governor Chris Christie, infrastructure remains notoriously ramshackle, the opioid crisis is still pummeling the local population, and pensions are prioritized over public education.

With such a dense population in New Jersey, a massive taxation windfall almost guaranteed by a recreational cannabis program would seem a no-brainer to most. But there are many politicians who have no interest in signing on to something that could empty the prisons and slow the donations from pharmaceutical companies that go to the two major political parties. Like everything else in New Jersey, its complicated, but it could happen.

Now That Recreational Marijuana Is Legal In California, Here’s What You Need To Know
Passion Play: The Latest Strains From Marijuana Seed Company Dutch Passion