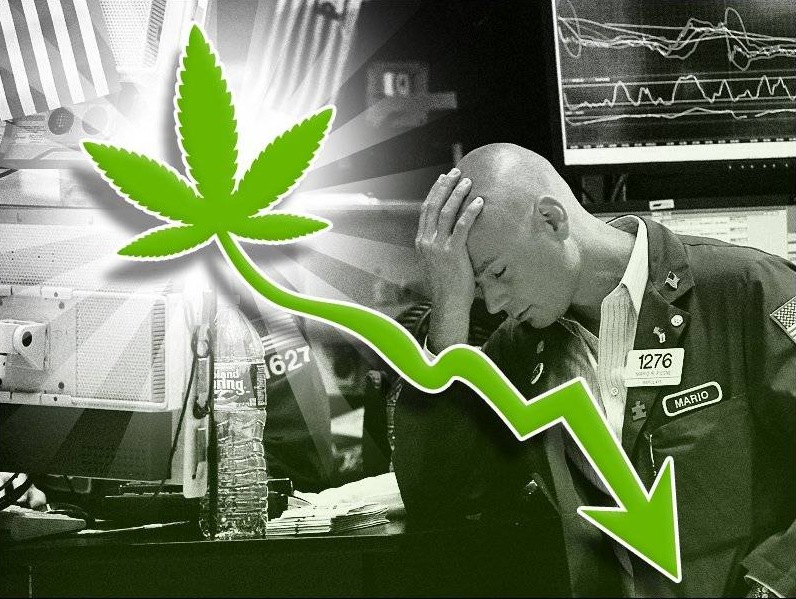 By Eljay | Published: November 7, 2013
Marijuana growing has been a lifeline for thousands of talented professionals who lost their livelihoods during the economic crash. This is one of their stories.

From Mortgages To Marijuana

It started in 2007, around the time all the banking stuff was falling apart. I had just resigned as a Director of I.T. for a mortgage bank that was pretty big. I was also a junior operations manager and trained loan officers selling mortgages. I had been pretty successful at that in the years leading up to this position.

I was sitting in Newport Beach, CA getting bored and decided to move to Nashville, figuring I could starve to death 42% slower with the lower cost of living. I also wanted to just play some guitar as there weren’t any jobs to be had in I.T. that were worth the money at the time.

So I started freelance editing video out of the house, played guitar at night, and life was great. My estranged father decided to move out to Nashville with me from Arizona and we started a company to build very boutique guitar amplifier cabinets out of hardwood.

One day setting up that shop, my father keeled over and died in my arms. This gave me new perspective on things. I realized I didn’t like a suit and tie much, and what I really had always liked was marijuana. So I packed up the U-Haul and came back to California with only one thing in mind. I was going to get a script, learn to grow some marijuana, and do a cross in my fathers ashes that would immortalize him forever.

I read books and websites every night for six months before I grew my first plant. I wanted to know what to expect. I got a pound off my first grow with 4 plants in a mister aeroponic system I had devised at Home Depot. I took that pound to the club and got another light. This went on for a couple of years, at which point I was blowing out houses.

That’s when I got the chance to move to Oakland. At first I wasn’t going to go until the dude said the words “You will be considered a Master if you can compete at this level.” I have always been interested in learning and being good at what you do.

My father used to say “Be great at whatever you do, and money will always be the bi-product.” So I hooked up with a big finance dude for this sort of thing and off we went to build the Mega Medical Grow of the Gods.

I built it, ran it, hit big numbers, and for some reason, Mr. Moneybags always had an excuse on payday.

The Right Nutrients Save The Day

Towards the latter part of that year, David from Advanced Nutrients had come to my local hydro store and asked who their most impressive grower was? Apparently they told David that I had the prettiest and most productive grow they had ever seen. I was running more than 50 lights of Undercurrent at the time. Plant count was low and yields and quality were high.

David met me at the store and said that he would like to give me a few things to try out. Now, I had always used B-52 and Bud Blood Bloom Stimulator. But I was a big House and Garden enthusiast at the time, and before that was on General Hydroponics.

I was a bit skeptical as I had always been aware of Advanced Nutrients and the BigMike Million Dollar Challenge and what not, but I just considered them a more expensive version of the same snake oil I was already purchasing  for thousands of dollars a month of.

David didn’t make any outrageous claims or say that he, or his nutrients, were the best ever. He just asked that I try it. There were a lot of reps at that point in my life trying to get me on their products, but I gotta say that David had the most friendly, honest, no bullshit approach, and I instantly admired him and wanted to give his product a meaningful run.

Well, Mr. Moneybags wouldn’t allow me to use the Advanced Nutrients because that didn’t agree with is philosophy of always keeping the debt of the operation super high, in order to never have to pay me or anyone else what we were promised. He always hid behind, I need to get my investment back before we split profit, but then he would spend 70k a run on things like, two German Shepherd attack dogs.

Needless to say, once I was conclusive on the pattern with him, I left…

I had built a little six light grow in my garage of my house while all of this was going on. I used all of my personal grow equipment. But now that I left the warehouse with no money, I didn’t think I could support the rent, electricity, nutrients, organic pesticides, etc. that is required for growing.

I did the only thing I could, and sold off all of my dead fathers tools he had left me. I used the last gift from my father to buy my freedom. I had to get away from this greedy jerk that I had made a fortune for, because I knew that he would never pay me.

I was scared and didn’t know how I was going to get through the next couple of months. Thought about just packing it up and moving back home and regrouping. That’s when I made a very humbling phone call.

I called David from Advanced Nutrients. I told him what had happened at the warehouse, apologized over and over for not holding up my end of the bargain and running his nutes, and basically told him that I had not honored my end of the arrangement after he had so graciously provided me a bunch of nutrients. But I had a favor to ask him…

I asked him to once again give me some nutrients, and I promised that I would run them to the best of my ability and take a ton of pictures. David forgave me, took me to the store that day, told me to pull whatever I needed off of the shelves, and he would give me another chance.

This wasn’t just a few bottles of nutrients to me…..This was the ability, and just the little bit of help I needed, to feed my family. David, I will be forever grateful…

I took just liters, as I felt bad for our prior experience. I was running Undercurrent so I knew I wouldn’t need a ton, and I was going to win this grow, as everything depended on it.

I was off and running, and the girls were looking epic. The Advanced Nutrients products were blowing my mind. I was on my way to a jamming crop, and even though things were tight, the bills were paid and my little family was as happy as they could be under tight conditions. We felt grateful just to be able to pay the rent.

That’s when I got a call from David. He informed me that he had cancer. He was clearly shaken. I asked him what he was going to do? He then proceeded to tell me that Advanced Nutrients decided as a company to not only pay his salary while he was sick, but to hire another sales guy to run his route to ensure that the customers received the same level of support. . .out of their pocket.

Now, I was a Director of I.T. and had been a part of a lot of organizations and corporations. I have never seen a company do this for a sick employee. I was astounded. I saw right then that it wasn’t just David who was a genuine giving man, but it was this whole company.

Over those months while David was sick I completed the run. The yield was explosive! I was not only able to clear everything up outstanding, but was also able to cover the expenses of my next run, and hang four more light. Wow!

I dropped my jaw at the yield, but that wasn’t the really good part. The really great part was that this was also, literally, the easiest run of my life. The plants just did their thing without me having to custom mix nutrients for deficiencies. I didn’t have to steak and support them as much, and plant maintenance just went way down.

The best part, a few months later, I got a call from David telling me that he was coming out of the woods with the cancer, and was doing ok, although he was still a bit low on energy. So I went up to his house every weekend for a few weeks and helped him plant his vegetable farm which was huge. I did this because I appreciated all that he had done for my little family.

I had a chance to tell him how incredible his product was, and he was glad I had a good experience.

Who is Advanced Nutrients to me?

I spent thousands of dollars, lots of time, lots of effort, and did everything I could do, the best I could do it, just trying to get a relationship with them, and guess what? I was given a chair at this table. My name is Eljay, and this is my story.