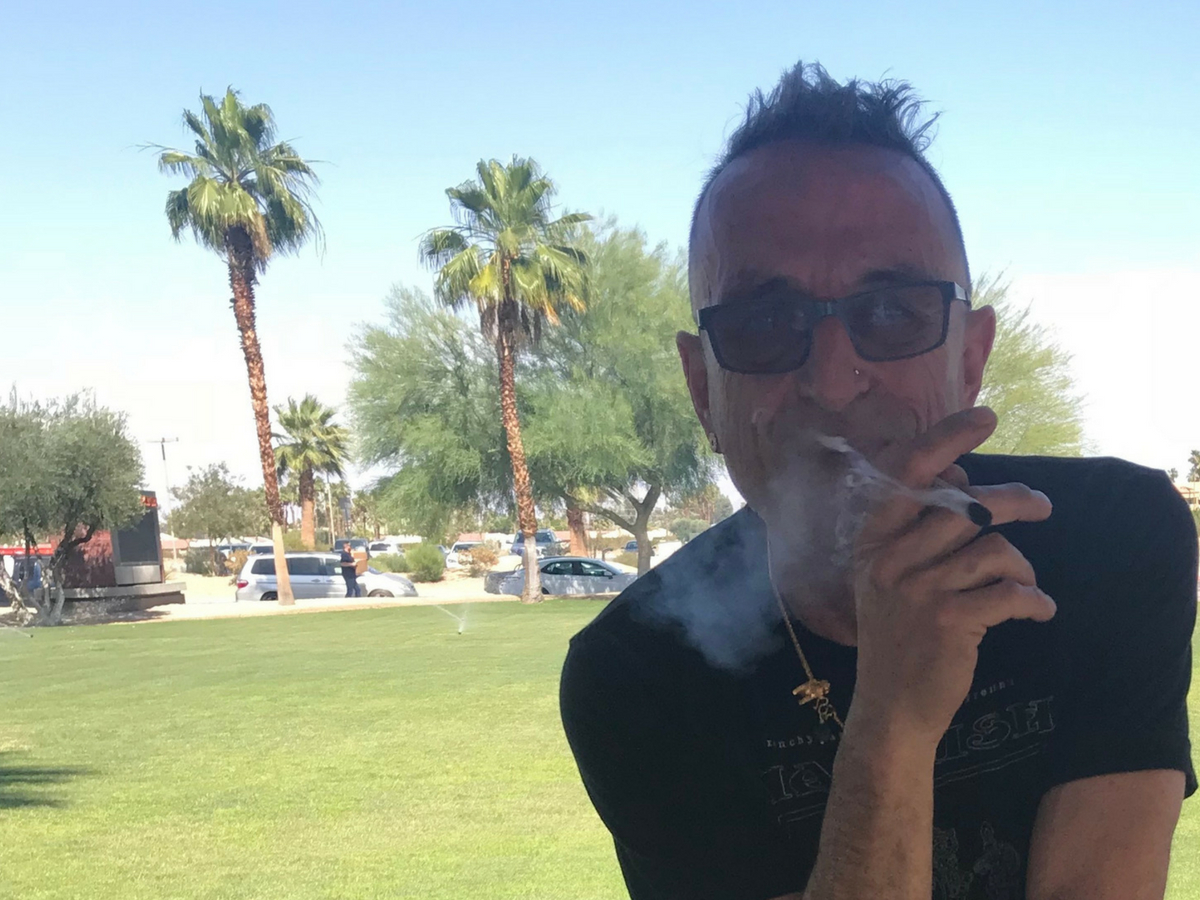 His hashish has earned him celebrity status in the cannabis world thanks to his use of techniques dating back thousands of years. But Frenchy Cannoli, renowned producer of resin, plays down his guru-like status, demurring that he will always have more to learn when it comes to his craft.

To this end, Frenchy has been offering workshops and information on how to create his favored method of enjoying the plant — and people just can’t get enough.

At the recent CannaGrow Expo 2018 in Palm Springs, the “Master Hashishin,” as he’s known, was photographed by punters and stallholders alike, who addressed him with revered voices, soaking up every tidbit of information and advice he dished on producing hashish. 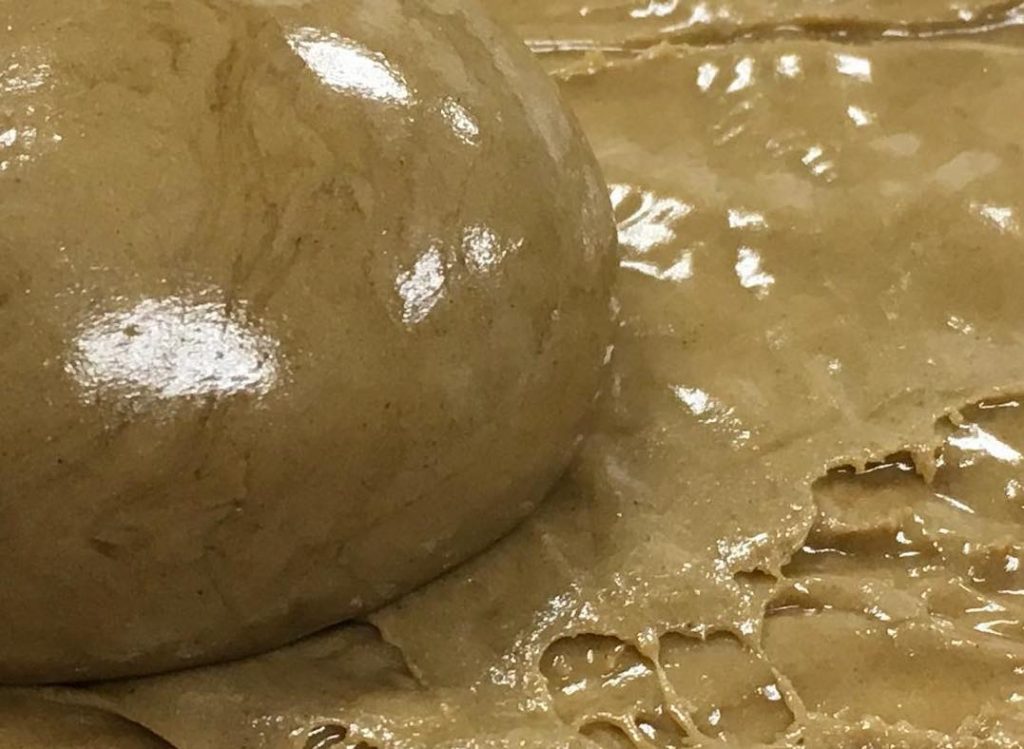 Frenchy’s workshop series is called the Lost Art of the Hashishin. (Image courtesy of Instagram @frenchycannoli)

Frenchy’s name is a term of endearment for Frenchmen in most English-speaking countries. It is his “nom de guerre” and easy to remember. The Cannoli of his last name is taken from the name of his trademark hashish, and the name just stuck. And “Hashishin” is the ancient Arabic word meaning “one using hashish.”

For those not in the know, hashish is created from the moment the essence of cannabis, or the trichomes (which look like tiny little hairs), separates from the plant material itself. This is achieved when the ripe and resinous gland heads that line the surface of female cannabis plants are collected. The process used to achieve resin separation has been practiced for centuries.

Frenchy was born in the South of France, but spent his earliest childhood in Gabon, on Africa’s Atlantic coast, where his father was posted for work.

Before he was 10 years old, 68-year-old Frenchy and his family returned to France to live in Nice, where at the age of 17 he first started experimenting with hashish.

“My first experience smoking hashish was the discovery of the smell and taste of the exotic countries I had read about and been dreaming to visit. I had never laughed and felt the joy I experienced after smoking my first joint of Moroccan hashish,” Frenchy recalls, adding that he immediately fell in love with the resin — which was a dangerous thing to do at the time.

“The powerful attraction I had for hashish was very dangerous in Europe, so traveling to producing countries was the means not to feel the disapproval of society and [to] live my childhood dreams,” he explains. “But it has been a love story that took me to amazing regions of the world and gave me the opportunity to share the life and traditions of local hashishins.”

Now based in California, Frenchy traveled the world extensively in the 1970s and ’80s; he has yet to make a complete list of all the countries he’s visited, but it’s fair to say he’s set foot on nearly every continent on the planet.

“I was a total nomad for 18 years solid,” Frenchy says of his global excursions. “I am fascinated by history, ancient cultures, art and cultural diversity. I am also a beach bum, so my travels where mostly around the Mediterranean Sea and in tropical countries.

“I spent many seasons in the Himachal Pradesh in northern India, a lot of time in Thailand and the Philippines, as well as Japan, where my wife [Letizia] was based for a number of years.”

One of his most beloved memories gleaned from his countless journeys involves his time spent learning how to make charas, a hand-rolled form of hashish that has cultural significance in India.

Frenchy, who has a training series called the Lost Art of the Hashishin, remembers, “My second season in the Parvati Valley making charas from wild cannabis plants was an otherworldly experience. The primal feeling of collecting resin on my hands, day after day, in the most breathtaking and isolated valley I had ever been, and the daily adventure of living in the wilderness of the Himalayan mountains, with the most basic equipment [and] in total solitude, was beyond exhilarating.

“The tropical heat of the day, the light, the color, the sound of the forest, the feeling of the resin collecting layer by layer on my hands, and seeping into my body through the pores of my skin, brought a prodigious feeling of intense pleasure and connection with the world around me, a sense of pure joy and total freedom like I had never experienced.”

Frenchy is thankful he was able to benefit from the northern Indian state’s teaching and knowledge, which is several thousand years old.

“Living in the wildness of the Himalayan mountains,” he continues, “was a mind-boggling, life-changing adventure. I belonged in these valleys, the birthplace of cannabis, according to the most ancient Sanskrit scriptures and among these people.”

Nevertheless, Frenchy says his extensive travels led him to the realization that while the methodology of creating hashish is much the same everywhere, it’s the approach and tools that differ.

Giving examples, he explains, “Sieving is an ancient methodology used to separate the chaff from grains and seeds. The oldest archeological artifact related to sieving is a 100,000 years old. Dry sieving was the only methodology used to collect cannabis resin. At the time, I would work alongside my host family making my hashish for months at a time and share their simple life.

“Only in India does the methodology of collecting cannabis resin change. The resin is collected by gently rubbing cannabis flowers with the palms of your hands at the peak of their flowering cycle.”

He even spent time in Nepal, learning how to make royal Nepalese temple balls. 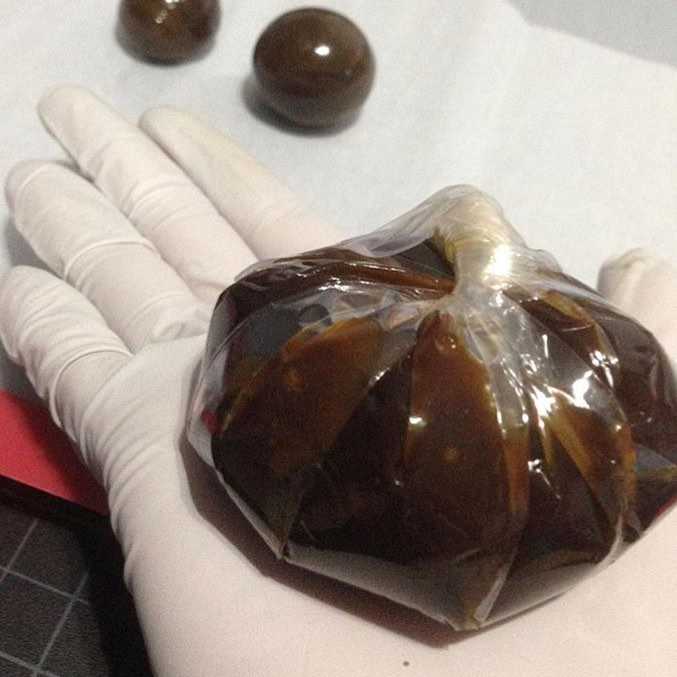 Following his cannabis globetrotting, Frenchy gave up his greatest passion, hashish, when he moved to the US for the sake of his daughter Eva.

“The move to America initially was for my daughter’s education. The environment here at the time was not safe to have children and [also] an underground cannabis business,” Frenchy explains. “My wife and I had heard too many firsthand horror stories of children being taken away from their perfectly good, cannabis-consuming families to be put into substandard foster care with strangers. While my love for cannabis runs deep, my devotion to my daughter is everything.”

But once Frenchy’s daughter was old enough to head off to college, he started pursuing his passion once again.

For that reason, he’s happy to share the wealth of knowledge he does possess via his YouTube channel The Cannabis Chronicles, in which he explains and educates people on his traditional hash-making techniques, including the ice-water sieving method.

As with every good mentor, he knows he has to keep learning to be able to share knowledge with others. “I do a lot of research to understand the science behind traditional hashish,” he says. “I also study the formation of cannabinoids and terpenes in cannabis trichomes and I am fascinated by the medical aspect of high-THC and high-CBD hashish.”

Frenchy says that while he doesn’t consume cannabis for medicinal purposes, he can definitely see its advantages.

“While it certainly benefits me at some level health-wise, I consider myself an adult consumer,” he explains. “I do use oil to proactively eradicate skin cancer growth on my face from years of excessive sun exposure, and I find microdosing of edible hashish really helpful for joint pains.” 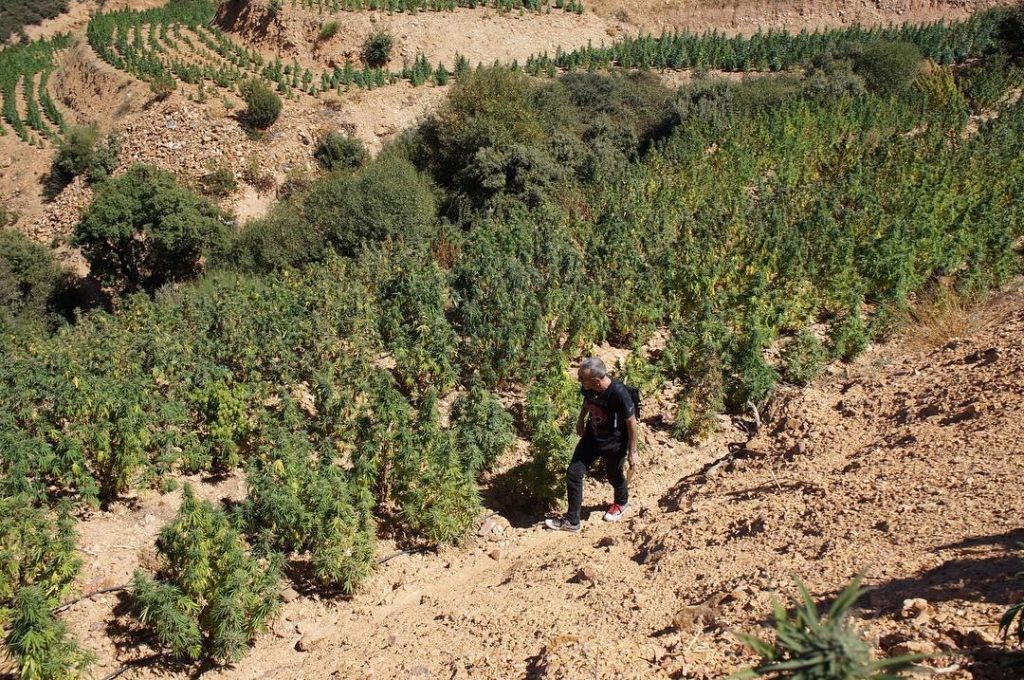 On one of his many adventures, Frenchy visits Morocco, the world’s biggest exporter of hashish. (Image courtesy of Instagram @frenchycannoli)

Perhaps, according to Frenchy, the most misunderstood process when it comes to hashish is the pressing and aging of cannabis resin. And, while hashish remains an uncommon form of cannabis consumption in the US, he believes this is due to lack of access and education.

“The war on drugs effectively killed the pipeline of hashish importation to the US when the US government arrested the main members of the [LSD- and hashish-consuming organization] the Brotherhood of Eternal Love in 1972,” he explains. “The US became an isolated place in the world, where cannabis consumption was focused on the flower and not on the resin.”

Despite this ingrained negative stigma attached to hash in the US, Frenchy believes that attitude is softening.

“The legalization of cannabis the medicinal plant, cannabis the recreational mild intoxicant, and cannabis the agricultural product is changing. And it will change the face and the economy of the earth.”

However, as the business of cannabis begins to boom in the USA and everyone starts to want a piece of the pot pie, Frenchy says that cannabis cultivators are still not being nurtured as a viable contributor to the economy.

“The West Coast’s small farmers and the legacy they hold should be protected and nurtured as was done in France for the wine industry — to create an industry of quality over quantity [that will] still be relevant in the industry centuries later.”

Another Couple Billion Dollars Heads North As MedMen IPO Set For Canada
Q: What Do Cannabis Growers Tend To Have In Common? A: Anxiety, Social Isolation & Depression