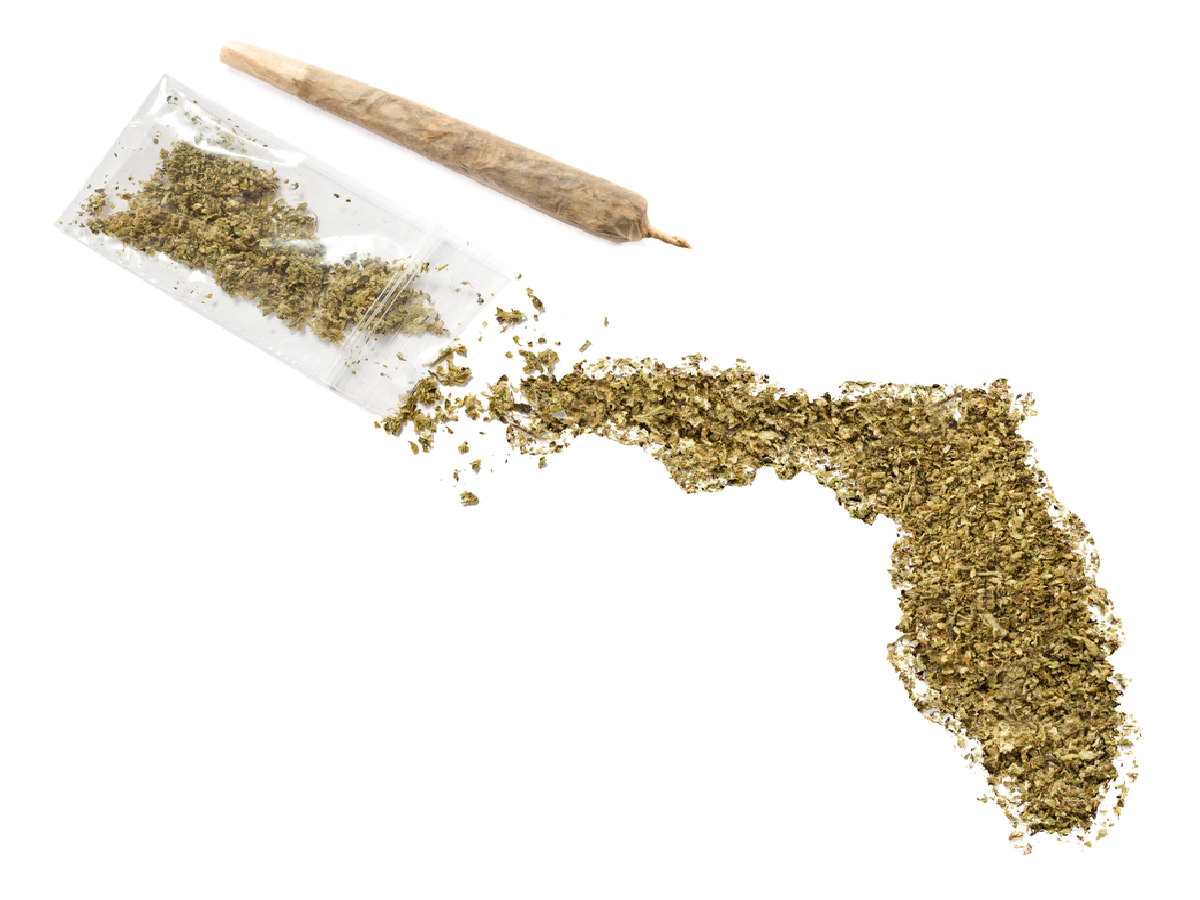 A medical marijuana constitutional amendment ballot initiative (Amendment 2) was approved by Florida voters in be the November, 2016 election.

A similar amendment was defeated in 2014, primarily due to dishonest lobbying paid for by Trump-backer Sheldon Adelson.

Amendment 2 is seriously flawed, in part because it doesn’t allow you to grow your own cannabis, and it’s nowhere close to the kind of medical marijuana law you see in California, Colorado, Oregon, and Washington.

It also gives monopoly market share to a few state-approved growers and distributors.

But at least it’s a start.

Despite harsh marijuana cultivation and possession laws, Florida is in the top five for states where marijuana is grown.

I’m not an attorney and this article isn’t official legal advice, but as a Florida marijuana grower I retained an attorney years ago.

Eventually I was caught growing medical marijuana in Florida.

I want to share a strategy with you that helped me avoid state prison.

The strategy centers on the fact that in Florida there’s something called a “necessity defense” that might impact charges for marijuana cultivation and possession.

In Florida, marijuana growers and users have successfully used the necessity defense to argue it was necessary for them to grow or possess marijuana to combat illness or even save their life.

In some ways, the Florida law on a medical marijuana necessity defense is stronger than federal law.

* The defendant reasonably believed that an immediate emergency or danger existed which threatened significant harm to the defendant or another person.

* The defendant did not intentionally cause the emergency or danger.

* The defendant couldn’t avoid the emergency or danger except by committing the crime charged.

So if you’re a Floridian with a medical condition such as spasms, multiple sclerosis, epilepsy, chronic pain, cancer, or glaucoma, and medical marijuana is the only medicine that works for you, you might use the necessity defense if you’re put on trial for growing or using cannabis.

The Florida marijuana medical necessity defense was used in a 1989 when glaucoma patient Elvy Musikka was on trial for cultivating six marijuana plants.

Musikka’s glaucoma had already blinded her in one eye.

Her Miami eye doctor testified that his professional opinion was that Musikka’s marijuana use was preventing the glaucoma from getting worse, and that without medical marijuana, she’d go blind.

The trial judge, Mark E. Pollin, ruled that Musikka was not guilty of a crime.

“In our haste to rightfully prosecute those who profit from the social trafficking and sale of illicit drugs we cannot become blind to the legitimate medical needs of those who are afflicted by incurable diseases and require appropriate medical care.

To ignore the plight of such people renders the law callous to the most basic of all human rights; the right of self-preservation.

This is an intolerable, untenable legal situation.

Unless legislators and regulators heed these urgent human needs and rapidly move to correct the anomaly arising from the absolute prohibition of marijuana which forces law abiding citizens into the streets – and criminality – to meet their legitimate medical needs, cases of this type will become increasingly common in coming years.

There is a pressing need for a more compassionate, humane law which clearly discriminates between the criminal conduct of those who socially abuse chemicals and the legitimate medical needs of seriously ill patients whose welfare and very lives may depend on the prudent therapeutic use of those very same chemical substances.”

In a case decided in 1991, a Florida District Court of Appeals reversed the conviction of a husband and wife who had been found guilty of Florida marijuana growing.

The Court held that the couple had successfully offered a medical necessity defense, and ordered the trial judge to acquit the couple.

In this ruling, the Court also said that the fact that the federal government has marijuana on a “schedule” that says it has no medical value is irrelevant to the Florida medical necessity defense.

They advise that if you have a bona fide medical condition that’s significantly helped by marijuana, you should make sure that your doctor knows about that, and is willing to testify in court about it.

The attorneys also advise that if you’re doing Florida marijuana cultivation or regularly possess marijuana in Florida, you should talk to an attorney immediately to find out whether the Florida marijuana medical necessity defense could benefit you.

As for me, when I got caught growing, my attorney showed the prosecutor evidence that I was a medical marijuana grower for whom marijuana was my only and best medicine for two serious medical conditions.

I had long ago established a medical history with physicians proving that cannabis was the best medicine for me, and we already had doctors lined up to testify.

In some counties, that wouldn’t matter to a prosecutor.

But this prosecutor realized it wouldn’t be the usual slam dunk easy trial, because a jury would view me with compassion, and because Florida marijuana medical necessity defense precedents have been upheld by appeals courts.

The prosecutor wisely chose to drop the charges, but for a few weeks I sweated bullets thinking I might be put on trial and even convicted.