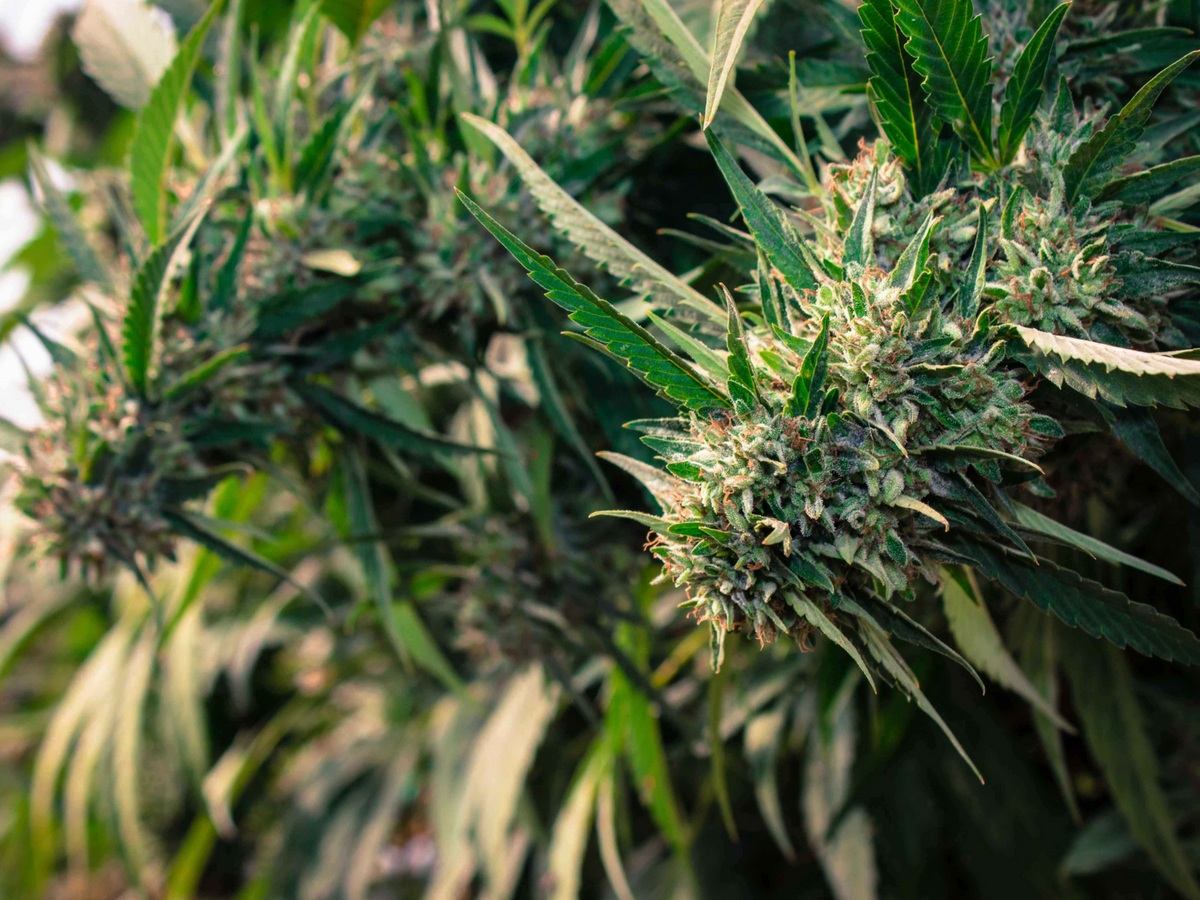 If you’re anything like me, when it comes to cannabis strains that dominate the industry, you’d rather not grow the usual suspects such as Blue Dream, Super Silver Haze, Jack Herer and OG Kush.

That’s why connoisseur cannabis growers are always networking and searching, looking for rare cuts and cannabis seeds that no one else is growing, and that produce incredible highs and reliable, if not outstanding yields.

For those reasons, I’m sharing with you my deep-cut list of hard-to-find marijuana strains. And if you manage to procure these in clone form or as cannabis seeds, you’ll want to hold onto them tightly and greedily with both hands.

I love gelato, especially whipped gelato, so when I visited a grower friend’s bloom-phase grow op and smelled that familiar, delicious scent, I asked if I could have some.

He responded, “This isn’t the kind of gelato you eat from a cup, bro — this is Gelato marijuana.”

As with many rare, high-dollar strains, the origins and lineage of this one are murky. Although, if you fancy yourself somewhat of a Sherlock Holmes, you could deduce its origins with a bit of sleuthing.

What I learned is that the authentic stabilized phenotypes of the Gelato strain came from a California breeding project consisting of rare cuts and seed-grown plants from strains including Thin Mint Girl Scout Cookies, Lemon Thai, Mendocino Chemdawg, Cherry Pie and Sunset Sherbet.

It’s little-known strains such as these that make me wish for a nationalized clone and seed network to safely spread rare genetics across the globe.

Stabilized, authentic Gelato is a hardy, heavy-feeding crop, and slightly indica dominant. They’re especially useful in grow ops with limited vertical space, if you top them at three weeks into grow phase and flip them into flowering a few days later, because they naturally grow into a short, dense stature and profile.

Use Bud Ignitor at the beginning of bloom phase, and Bud Candy, Big Bud and Nirvana in peak bloom. Hand-watering Gelato during peak bloom, I delighted in an immediate release of sweet, fruity, creamy-smelling terpenoids as the hydroponics base nutrients and bloom boosters infused the plants via their roots.

Gelato cannabis is sweet to grow, not just for its lovely scents and candy gelato tastes, but also because the floral clusters take on deep purple, blue, red and fuchsia hues, with orange hairs and a white coating of resin starting in early peak bloom and intensifying right up until harvest.

Speaking of harvest, you want to give this strain 55–63 days in bloom phase, carefully monitoring resin glands. When more than 50 percent of the glands are cloudy, it’s time to harvest.

If you’ve ever used Cherry Pie or Girl Scout Cookies, you know what kind of high you’re going to get with Gelato. In a word, “sledgehammer” springs to mind.

It’s almost impossible to get authentic Gelato marijuana seeds these days, but Clones Bros Nursery is one legit clone seller you can rely on for Gelato clones and other rare connoisseur strains. 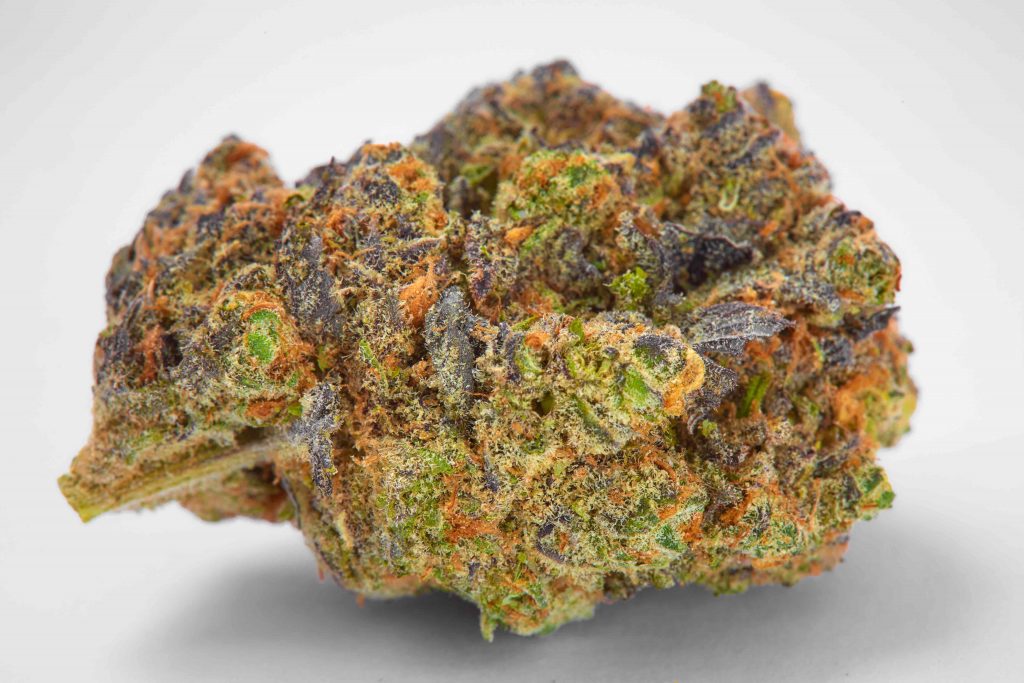 In legalized states such as Colorado, Oregon, Washington and California, almost every marijuana lover has heard of Bruce Banner. However, if you’re located in the US northeast and southeast, chances are you’ve never heard of this THC superhero.

I’ve seen even skilled cannabis cultivators have trouble growing this strain, although it’s definitely worth the effort. I believe the problem with Bruce Banner cultivation is it’s a somewhat unstable mix of OG Kush and sativa genetics that are likely not meant to exist together in a hybrid strain.

These problems include diverse phenotype variation. In a grow op with 10 seeds that the seller insisted were Bruce Banner, six were female, and each of the six females had a different plant profile, bloom-phase duration, smell, taste and high.

There’s nothing inherently wrong with getting such wide phenotype variation, especially if you’re a seed breeder or you’re looking for a favorite phenotype to preserve as a mother plant. However, if you want consistent garden performance so all your plants grow to approximately the same height and are ready for harvest at the same time, wide phenotype variation is inconvenient.

My favorite Bruce Banner phenotype was the one that grew tall like a Thai sativa, with buds that smelled like strawberries and diesel fuel, and took 70 days to finish. This phenotype probably leaned heavily on the Strawberry Diesel lineage influences that were allegedly part of the Bruce Banner breeding program.

This strain is a finicky feeder and doesn’t like the type of bloom booster that has way more phosphorus than potassium. Watch for burnt leaf tips, which is an immediate, surefire sign of overfeeding and too much phosphorus during bloom phase.

Bruce Banner is worth growing because the high is stimulating in a way few other strains offer, and its popular name recognition in some regions means it’ll sell well.

One reliable place to get Bruce Banner genetics is from Dark Horse Genetics. 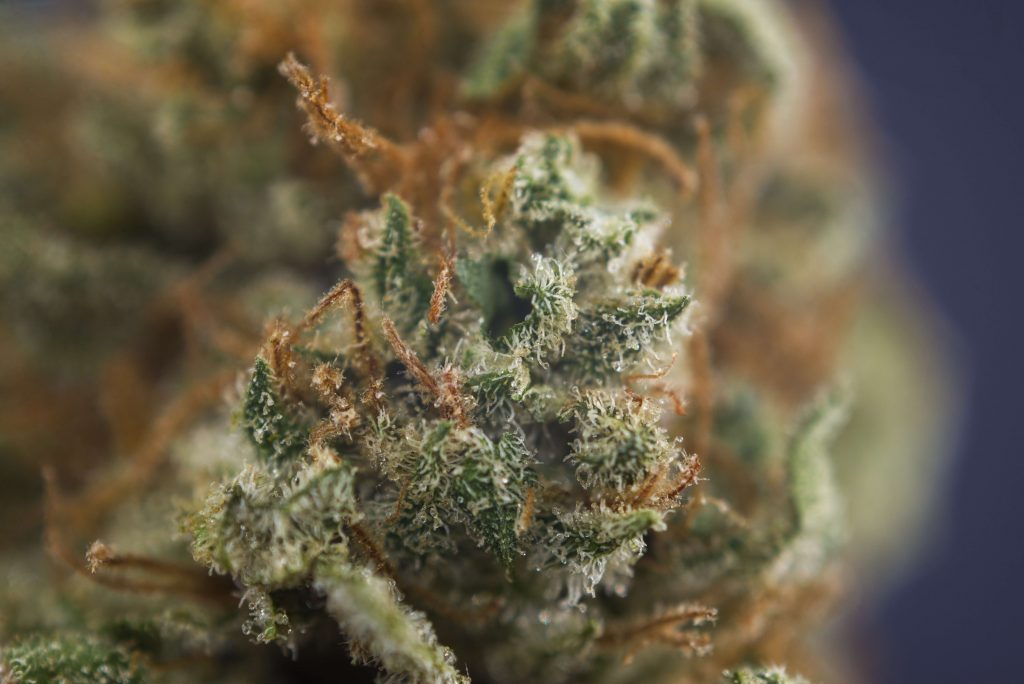 One of the most mysterious but respected connoisseur craft cannabis seed houses is Gage Green Genetics. And one of my favorite strains available at Gage Green is Mango Puff. The relaxing, smiley, powerful high Mango Puff bestows is partially derived from myrcene, the terpene common to both marijuana and mango, and which is known to increase the effects of THC and other cannabinoids, due to its sedating effect.

This strain is a mix of OG Kush and sativa genetics, with the Kush offering slightly more of an impact for consumers. One really cool thing is that the strain yields big, fat, resinous buds that of course smell like mango, with a bloom phase that can be as short as 42 days. Some Mango Puff phenotypes need 55–60 days in bloom phase.

This strain loves to eat, so give it a high parts-per-million feed program including Big Bud and Bud Candy in peak bloom, and Overdrive in late bloom until it’s time for flushing.

The Attitude Seedbank is a reliable place to get Mango Puff cannabis seeds.

Reliably procured from DNA Genetics, Kosher Tangie is an award-winning cross consisting of Kosher Kush and Tangie. You’ll know you’re growing an authentic Tangie strain when you smell tangerines in your grow room during bloom phase.

You have to be very careful with this strain because, although it’s allegedly indica-dominant, it races up from the ground with a natural proclivity to be very tall. I suggest allowing no more than three weeks in grow phase, top it just as you put it into flowering, and pray that it doesn’t stretch more than double its original height in bloom phase as it is want to do.

It almost goes without saying that this isn’t the kind of strain for sea of green cannabis growing, or for growers with limited vertical height in their grow room.

Nevertheless, this strain is worth its challenges — and also its 9–10-week bloom phase — because it produces large yields of pleasant citrus buds that offer a heavy couchlock stone. Again, Attitude Seedbank is reliable for its Kosher Tangie seeds.

When you’re growing rare, connoisseur strains, especially from purchased cuttings, always consider a mother plant or seed breeding program, rather than just a regular cannabis grow season. Sometimes, you won’t be seeing that specific set of genetics ever again — unless you breed your own seeds or create a mother plant from a favorite phenotype.

You can be sure that if you grow the relatively unheard-of strains mentioned herein, you’ll have flower that few other cannabis growers and consumers in your area have ever had the pleasure of enjoying — and as a consequence, will make major marijuana bank.