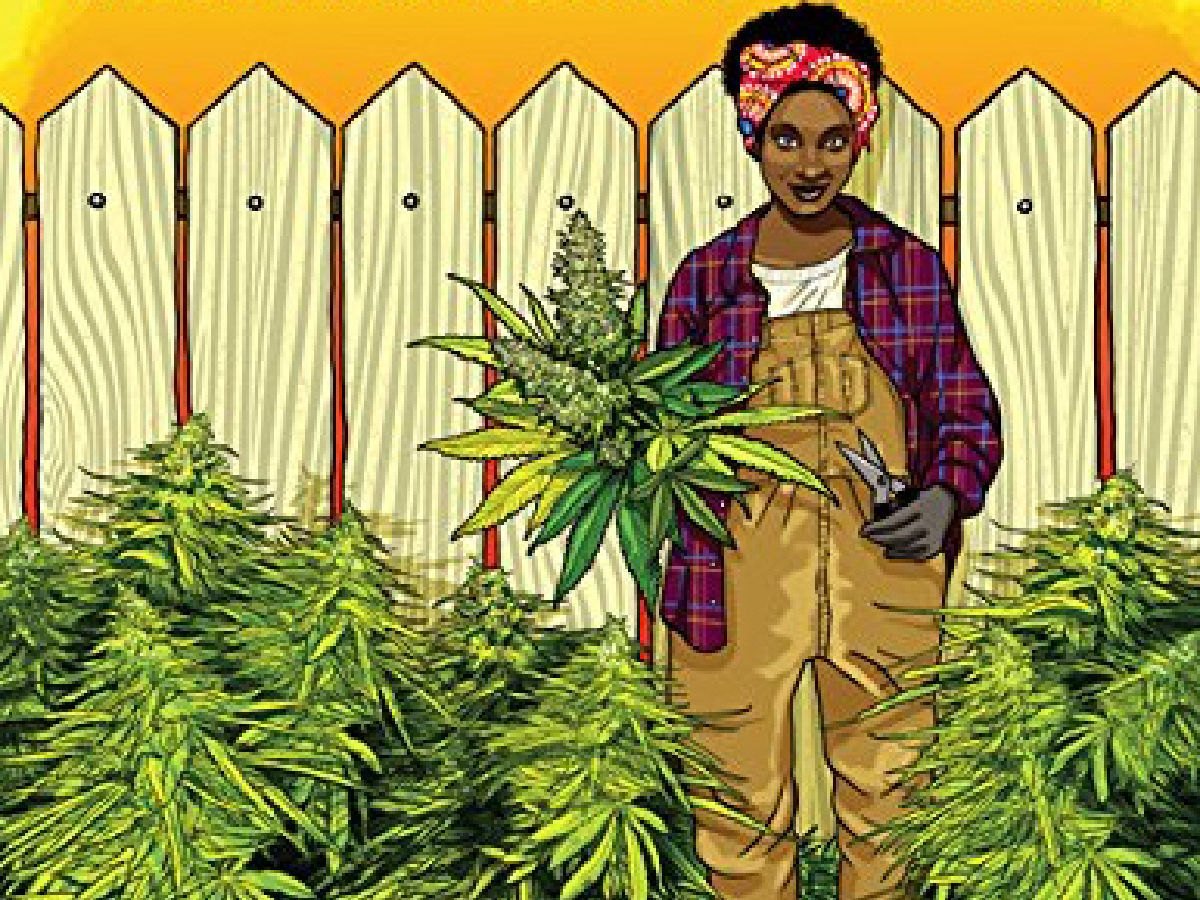 Madrone Stewart wants to debunk the sexist notion that only men can grow cannabis. Her forthcoming guide, Feminist Weed Farmer: Growing Mindful Medicine in Your Own Backyard, teaches the basics of home growing through a feminist lens.

“The majority of the contemporary US cannabis industry does not embody the principles and values of feminism, environmentalism, and/or social justice,” she writes. “The industry is completely market-driven and overwhelmingly dominated by capitalist, straight, white, cis men. I love my straight white brothers, but I do not think it is fair that they have come to control this industry, especially because of the disproportionate incarceration of black and brown people for cultivating and selling pot throughout the span of the War on Drugs.”

With the book scheduled for release by Microcosm Publishing later this year, the author incorporates her personal experiences into an empowering, educational narrative. In the meantime, Big Buds Magazine interviewed Stewart about what inspired her to start home growing cannabis, and how feminism was intertwined with that decision, as well as what the process of writing the book was like.

BigBudsMag: Could you tell us about your cannabis farming project, Purple Kite Farm?

Madrone Stewart: Purple Kite Farm is no longer in existence. With the whole legalization and the prices of cannabis falling through the ground, I couldn’t continue.

Purple Kite started as one person trying to grow some weed on my property and then turning to incorporate other people who were helping me. A culture sprouted there of most of my workers [who] were radical and queer Radical Faeries. There was a psychedelic side there and also a set of principles that set the tone for the farm: integrity, respect and transparency.

Purple Kite is this image of a kite, like a purple kite physically flying free in the air and it’s being liberated in some way, but it’s also a kind of psychedelic image. The farm was only running for four years and the first two years, I was there. The second two [years], it had other folks there. The final year, it was run by my friends, and all their friends came to support and it was a really wonderful experience.

BBM: Tell us about your first experience with growing cannabis.

MS: I was living with my boyfriend at the time, who was a grower. I had a garden spot and I was growing fruits, flowers, vegetables. He was growing in his own spot and it was all cannabis. He was getting ready to kill a bunch of plants and I said, “Hey, I’ll take a few, why not?” So, we put two plants in my garden. I neglected them, but it got me interested because at the end of the season, I looked at his plants and mine. I thought, “Wow, they look really different. When you care for a plant, they thrive. When you neglect them, they do not [thrive]. Let me try next year to really try harder.” So that winter and the spring, I helped him really closely, starting clones and starting seeds and was more committed to doing well.

BBM: When you first started cultivating cannabis, was your feminism integrated into your growing?

MS: There was a voice in my mind that said, “If he can do this, I can certainly do this.” However, the majority of the people I knew who were growing were men. To start growing, I pushed against that, empowered myself, and acknowledged that I, as a woman, can grow. I know that I can do this well; I’m smart, I have a background in horticulture. This gendering of cultivation is absurd. Now, I didn’t think explicitly this is a feminist act, but I’d say maybe into the next year, I did [think so], because I realized how few women were growing and how much stigma there was around women growing. 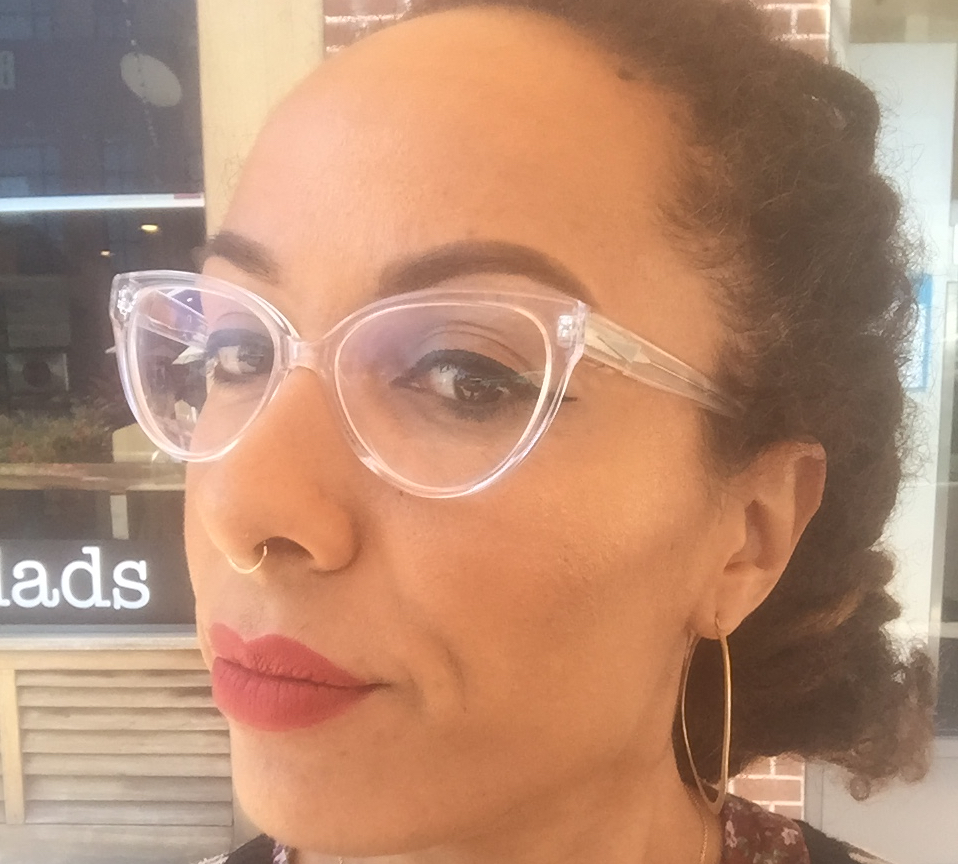 BBM: What compelled you and motivated you to write your book Feminist Weed Farmer?

MS: I moved down to Oakland and I knew I wanted to write about my experience living off the grid, living in a tiny town in the mountains growing cannabis, [and] about moving back to the land. I also had to write a cultivation guide because the couple who I had running my farm had never grown before. I had to teach them, so I wrote them a guide and it looked a lot like the book does. It incorporated anecdotes, not just the step-by-step instructions. The book tried to transmit this feeling of have compassion for yourself, compassion for the land, compassion for the plant. When I submitted [it] for publication, I realized that this book could tell my story. It could have the instructions while integrating more of my experience as a grower.

MS: From beginning to end, it took a year, so it was fairly short. I spent Monday through Friday writing and editing, so I dedicated quite a bit of time to it.

BBM: When you first started to write Feminist Weed Farmer, it was to teach the couple how to run your farm. Did the goal of the book change once you submitted it for publication?

MS: It became more explicitly feminist. When I was at the farm, I was aware and thinking about feminism. In fact, I had started a feminist book club for the women in my neighborhood — I would say they were all cannabis farmers and most of them were wives or girlfriends of farmers, but they’re in the cannabis world — and I thought it was a special experience to have them come to my farm and read these books. We read Zora Neale Hurston’s Their Eyes Were Watching God. I read The Fifth Sacred Thing by Starhawk. When I wrote the book for the first time, [the readers were] men, so it wasn’t so much like, “Let me empower you two with feminism.” Although they’re queer, it wasn’t in the forefront of my mind.

BBM: Was there anything you couldn’t fit into the book that you ultimately left out?

MS: There was a lot of biographical stuff that didn’t make it. I wasn’t sure how much I wanted to self-reveal. [This book is about] the gender dynamics of the cannabis industry and how that affects women’s desire to grow. I don’t think I get across how scary that was.

It was very scary to have the threat of law enforcement looming over my head every day. The idea that I could be robbed at any time, feeling like I was particularly vulnerable because I was a woman, because I was maybe an easier target, the idea that driving from home to Oakland with any kind of cannabis in my car, I could go to prison. I don’t know how important this is for home growers to know about, but it was a dominant part of my experience. I think, for men that are in the cannabis industry, there’s more of a sense of being an outlaw cowboy gangster, but there was nothing sexy about that for me.

BBM: Would you describe your growing process as solitary?

MS: Typically, most growers — and this is my experience and [the experience of] those who work for me — their experience is most of the year is quite solitary and harvest is extremely communal.

BBM: Are there any people in the industry that have inspired you as a grower?

MS: I feel bad that I didn’t include this in the book, but a collective called Supernova Women — they are women of color who are trying to make the industry more inclusive — were part of the inspiration in this book. They eliminated this issue and put [feminism] in the forefront of my mind.

[Dragonfly Earth Medicine] grows their own fertilizers. Everything is organic. The woman who I heard initially speak about their work said she started as a midwife. When she started growing, she translated [mid]wifery to growing and would often feed the plants the same healing and nutritious herbs that she was feeding women she was working with. That kind of love, care and attention that she gave women, she also gave the plants. That was extremely inspiring to me and I definitely incorporated it into my own growing.

I also talk about this in the book, but my training at the [San Francisco] Zen Center had a very particular approach for me in gardening, where I drew most of my practice from. [English master gardener and organic farming pioneer] Alan Chadwick is the one who inspired work at the center.

This interview has been lightly edited for clarity. Feminist Weed Farmer: Growing Mindful Medicine in Your Own Backyard will be available from Amazon in paperback or on Kindle from September 11, 2018.

Marinol Vs. Marijuana: Are Synthetic Forms Of Cannabis More Effective At Pain Management Than The Real Thing?
Good Medicine: These CBD Medical Marijuana Strains Will Boost Your Grow — And Your Bank Balance