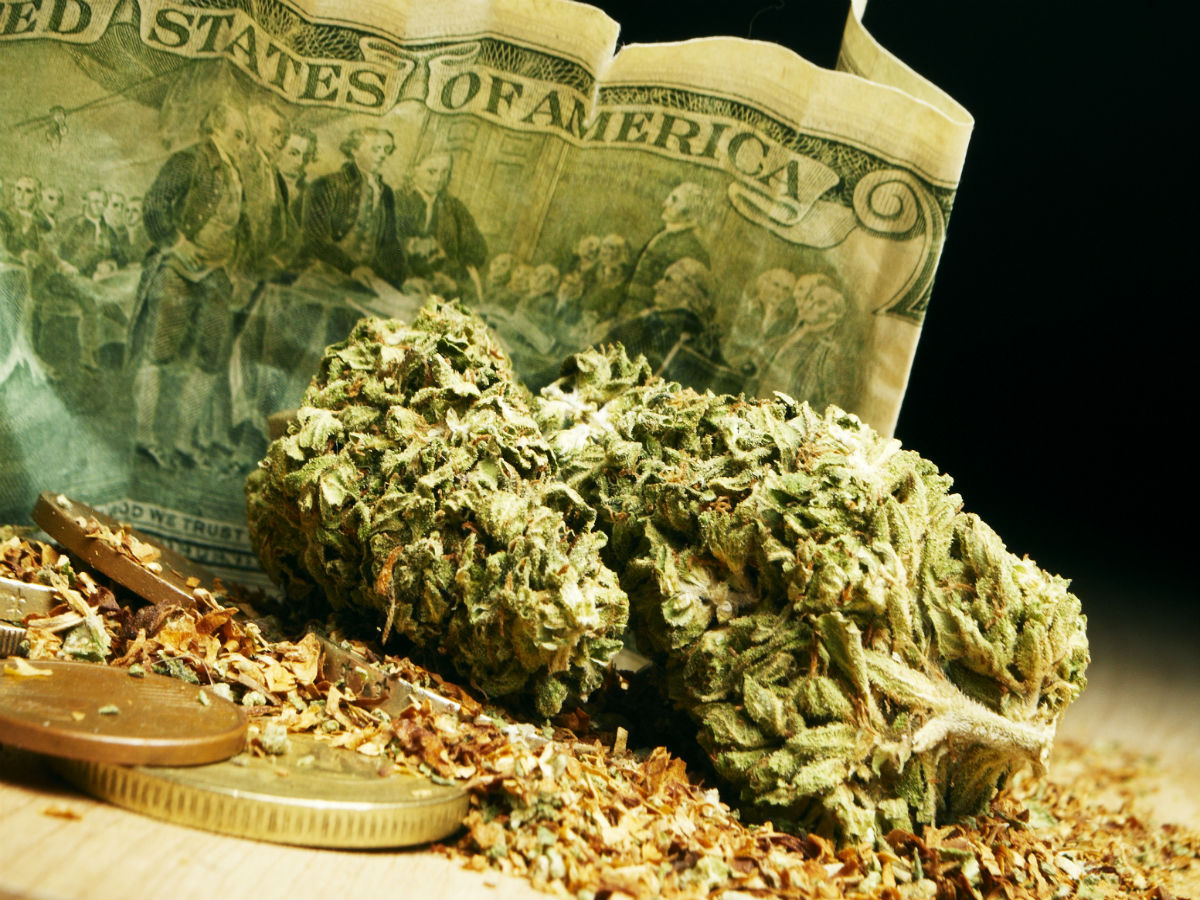 Ever since the boom in legal cannabis sales swept the country, noise has been growing about how much money states are making in tax revenue and how this tax is being spent. But one issue that doesn’t appear to be as widely discussed is how much money the federal government is making off cannabis businesses. Despite the fact that weed is still classed as a Schedule I and is illegal on the federal level, cannabusinesses still have to file taxes with the IRS — and they’re really getting screwed by it.

So what’s behind this bamboozling of the canna-community? It’s a little something called Section 280E of the Internal Revenue Code, which was created in the early ’80s to stop drug dealers from writing off their ill-gotten gains as “expenses.” Indeed, the impetus of this prohibition came in 1982, when a narcotics dealer claimed his yacht and weapons as legitimate business expenses.

Now, this tax code is being applied to legal cannabis businesses, with growers, breeders, store owners and entrepreneurs unable to write off simple expenses like rent and utilities. In the end, this means these businesses can end up paying effective tax rates as high as 70 percent.

Tim Cullen, CEO of Colorado Harvest Company, says the one word to describe this situation is “horrific,” and that it’s “one of the most unfair things” he’s ever seen.

“It drastically affects our business in the most negative way,” Cullen said.

Paying such a high tax rate drastically affects how much profit a business can rake in. Instead of being treated like any other company that has employees and regular expenses, these professionals are treated like nefarious entities, singled out by the IRS and punished by the tax code.

“Nothing has had more impact on the cannabis industry than code Section 280E,” said Ron Seigneur, tax expert and managing partner of Seigneur Gustafson in Denver, Colorado. “It is huge as an impediment to profitability in the industry.”

Cullen added, “We just finished up what amounted to two years of a full-blown IRS audit. It cost several million dollars. It essentially puts our profit margins between 3 and 5 percent, if that. When you take away the ability to deduct advertising, payroll and rent — those are three of the most common business deductions that every business in this country takes, except for cannabis businesses.”

There is hope, however. A bill that was put forward earlier this year called the Small Business Tax Equity Act of 2017, which was first introduced by Sens. Ron Wyden (D-Ore.), and Rand Paul, (R-Ken.), would allow cannabis businesses to make normal deductions. And the bill recently got a new co-sponsor in the form of Colorado Sen. Cory Gardner (R).

The senator from the Rocky Mountain State is known for being one of a group of senators who introduced a bill earlier this year to give cannabis businesses in Colorado access to banking services, with 280E and banking problems widely considered the biggest issues currently facing the canna community in that state.

“Our current tax code puts thousands of legal marijuana businesses throughout Colorado at a disadvantage by treating them differently than other businesses across the state,” Gardner said in a statement. “Coloradans made their voices heard in 2012 when they legalized marijuana, and it’s time for the federal government to allow Colorado businesses to compete.”

If this tax reform bill passes, it would be a huge boon for businesses across the country. Unfortunately, many industry insiders don’t hold much hope of this happening. Cannabis tax expert and lawyer Pat Oglesby thinks the bill is “extremely unlikely” to pass because there’s not enough sympathy in Congress for the plight these businesses are facing.

“I don’t see anything changing in the near term,” Seigneur agreed.

Until Congress acts and gets rid of this antiquated part of the tax code, cannabis business owners will continue to suffer an unfair deal. As more states legalize cannabis, perhaps sympathy for entrepreneurs will start to grow larger.

Pot Project Management: Black Market Skills Pull in the Green
MJBizCon 2017: The Scene, The Science And All The Stuff