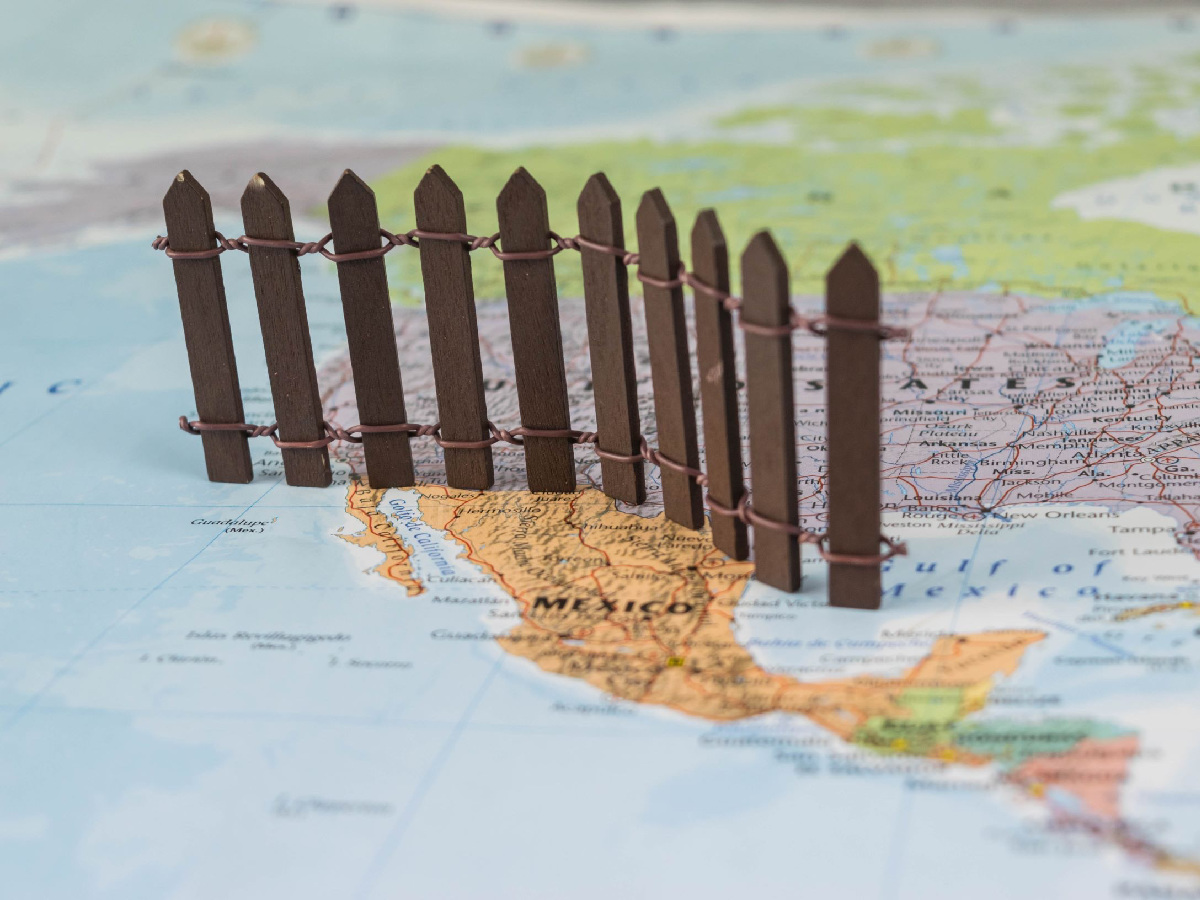 The news cycle has been dominated of late by coverage of the fight over funding President Donald Trump’s proposed wall at the US-Mexico border. The government shutdown continues as a result of this fight, and Trump has continued to defend the need for a border wall by focusing on what he claims is a problem with drug traffickers crossing the border illegally, recently tweeting that everyone but “drug dealers, human traffickers and criminals” wants a wall. 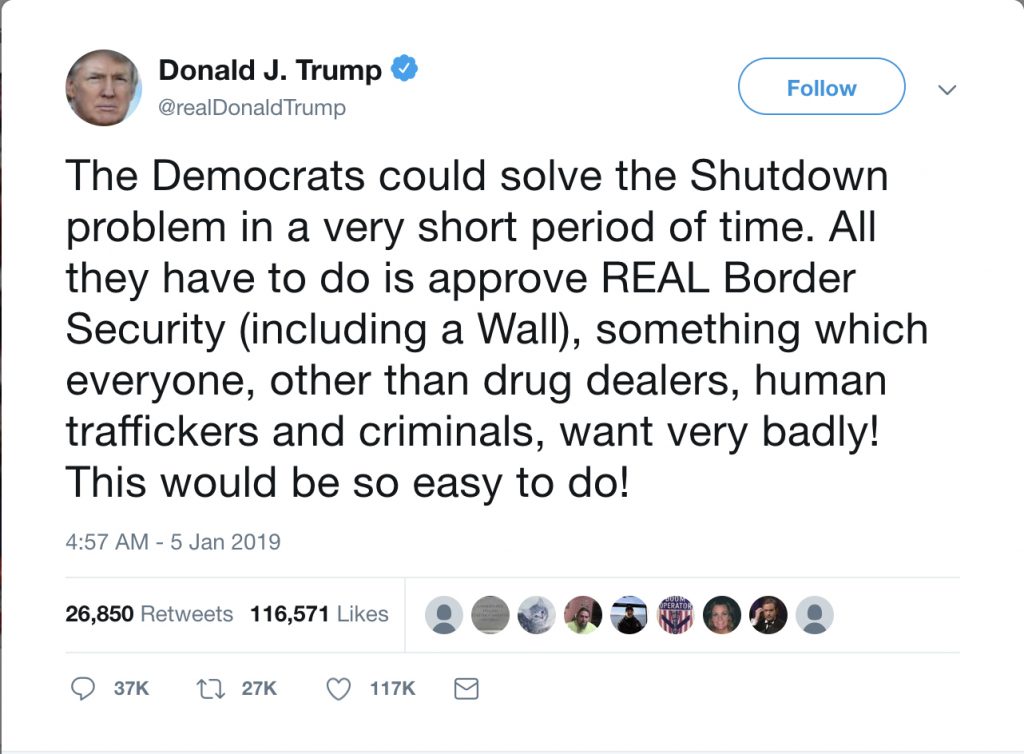 In an NPR/PBS NewsHour/Marist Poll conducted just before the government was shut down last December, nearly 70 percent of respondents polled said they believe that building a wall at the southern border should not be a priority for Congress. That would seem to indicate that it’s not only drug dealers and criminals who are against constructing a blockade. Additionally, experts say that building a wall would not actually accomplish one major thing that Trump hopes it would: Slowing or stopping the transportation of illicit drugs across the border.

“If you think about migrants crossing the desert with all of their worldly possessions and being asked to carry a few kilos of drugs, that’s not profitable and that’s not how it’s done,” says Sanho Tree, director of the Drug Policy Project at the Institute for Policy Studies. “The vast majority comes through legal ports of entry.”

Ray Strack, a retired special agent of US Immigration and Customs Enforcement, agrees with Tree. He says that most of the people smuggling drugs into the United States are passing through legal entry points using commercial vehicles.

“These go-fast boats and the small planes — those are the outliers,” Strack says. “The reality is the vast majority of [smuggled drugs] is in the bottom of a truckload of tires or computer parts, or you can name anything else.”

While it appears that building a wall may not be the best solution for stopping illegal substances from finding their way into the US, mounting evidence suggests there is a viable solution. According to data published by US Customs and Border Protection, over the course of five years — from 2014, when the likes of Colorado began legalizing recreational cannabis — marijuana seizures on the US-Mexico border showed a steady decline, with the growing number of states legalizing impacting the demand for what the cartels bring over the border. 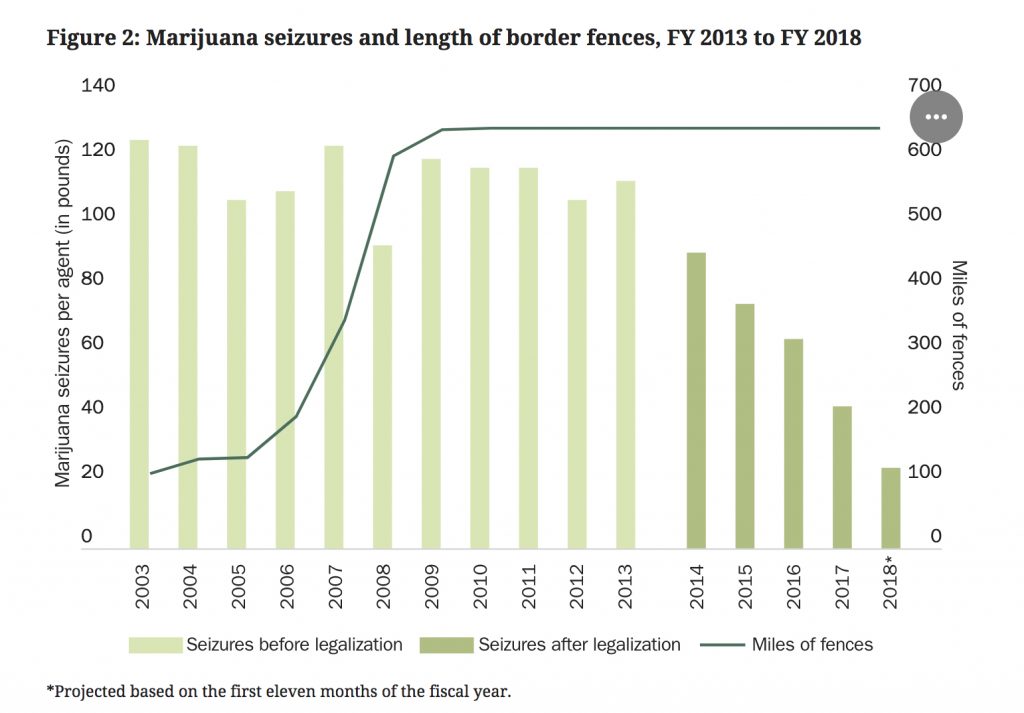 Perhaps one reason for this is quality. The cannabis that Mexican cartels smuggle across the US border is typically seen as being of low quality, and the new state-legal regulations related to production and cleanliness of US cannabis facilities and products means that local consumers are becoming pickier when it comes to the quality of their bud. Tree jokes that young people in the US and Canada may feel uncomfortable to be seen consuming cartel weed.

“At this point, if you’re a young person going to a party, you’d be pretty embarrassed to bring Mexican brick weed to a party,” Tree says.

Beyond how the bud looks or how it tastes, American consumers are also becoming increasingly concerned with how their cannabis is being cultivated. The legal industry has moved in the direction of more organic growing practices and away from producing with the use of dangerous chemicals.

“Why would you seek out an untested, untried product grown who knows where over going to a store and getting a seed-to-sale, well-documented, safe substance?” Strack asks.

“People have more trust in the legal market rather than taking their chances on the black market and ingesting these insecticides, some of which are neurotoxins,” Tree adds.

There’s also the factor of convenience. Tree notes that people would much rather walk into a legal cannabis dispensary down the street than try to score weed from some black-market dealer standing on a street corner. People in legal states don’t want to put any more effort into getting their weed than they have to.

A recent report published by the libertarian think tank Cato Institute claims that cannabis legalization would be superior to a wall when it comes to reducing the amount of drugs crossing the border. The report reads:

Marijuana is the main drug transported between ports of entry where a border wall would matter. However, Border Patrol seizure figures demonstrate that marijuana flows have fallen continuously since 2014, when states began to legalize marijuana. After decades of no progress in reducing marijuana smuggling, the average Border Patrol agent between ports of entry confiscated 78 percent less marijuana in fiscal year (FY) 2018 than in FY 2013.
…
A better approach to managing human and drug smuggling would be to hire more officers at ports of entry, increase legal channels for migration, and legalize marijuana nationwide. These alternative strategies have proved more effective than enforcement alone.

Strack says that putting money into enforcing the prohibition of cannabis is wasteful and that those funds could be better spent elsewhere. He explained that law enforcement could focus on much more serious crimes if it didn’t have to waste time focusing on cannabis.

“With a limited number of resources in a dangerous world, why wouldn’t we be putting these resources toward something that could make a difference?” Strack suggests.

When you’re trying to sell the idea of a border wall, it’s easy to say that people are crossing the boundary to bring drugs and crime into the country, because that potentially scares voters. But the evidence simply doesn’t support the claims. What the evidence does show, however, is that legalizing cannabis reduces those quantity of drugs flowing into the country and helps reduce crime rates near the border. Rather than spending billions building a wall, the US could create a lot of tax revenue — potentially in the billions of dollars — by legalizing cannabis at the federal level.