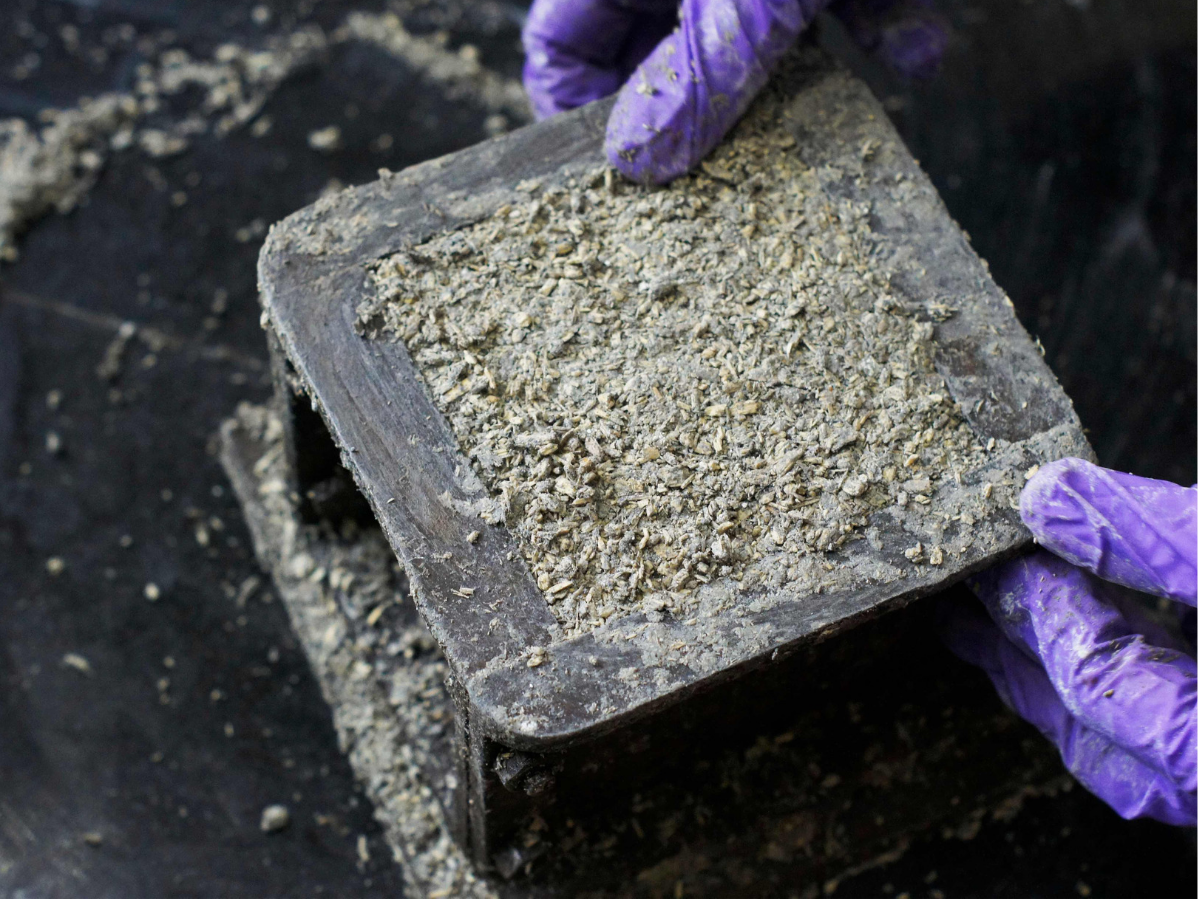 Now that hemp is legal nationwide, the Environmental Protection Agency is beginning to explore its many uses. The agency recently announced that it will be funding research to look into sustainable ways of making concrete out of hemp. This material, commonly known as hempcrete, is much safer for the environment, and considering how much concrete the US uses every year, that’s an important point.

“Hemp fibers are an extremely strong material, boasting high lateral tensile strength, durability, and strength-to-weight ratio with studies already proving its potential as an effective renewable construction material for future buildings,” the EPA’s website states. “Hemp fiber is an exceptional material for its sustainability as well as its useful properties and is a rotational crop that grows without the use of pesticides, requiring substantially less water than most crops.”

Although making concrete from hemp is more sustainable than the traditional method that utilizes fossil fuels, the EPA claims that the most commonly used technique for pulping hemp is wasteful and creates toxic byproducts. This is why the EPA is encouraging researchers to explore new and alternative methods. According to the EPA:

The Kraft pulping method provides sufficient delignification of hemp; however, the process requires many additional energy and cost intensive steps to reduce hazardous waste emissions, such as black liquor, that negatively impact the environment.

Those who receive research funding will instead be using what is called Co-solvent Enhanced Lignocellulosic Fractionation technology, which appears to be much more sustainable.

“If your mandate is to protect the environment, then it only makes sense to explore environmentally friendly [and] sustainable materials,” Jason Spatafora, founder of marijuanastocks.com, tells Big Buds. “Hempcrete will have many uses, especially in civil engineering, but I doubt it stops there. Other uses could be for the oil industry for plugging up cracks in oil wells.”

The fact that hemp has been legalized at the federal level — and that the EPA is embarking on such a project — is a sign that the stigma surrounding hemp is beginning to lift. It also shows that the hemp industry will likely grow exponentially over the next few years.

“Any governmental support for hemp research is a welcome and productive investment,” Erica McBride Stark, executive director of the National Hemp Association, tells Big Buds. “It is widely expected that the hemp industry will hit $22 billion in the next four years. This is in large part due to the explosion of the CBD market. It may go even higher, if proper resources are invested in hemp fiber for the numerous manufacturing possibilities.”

“I think the hemp industry will be bigger than the cannabis industry,” Spatafora insists. “The uses for the plant are endless, but more importantly, it’s cheaper to grow [and] every single part of the plant can be used to create a product.”

McBride Stark notes that one problem for the industry is that a lot of people generally don’t understand what hemp is. Many believe it’s the same as marijuana, that you use it to get high — but at less than 0.3 percent THC, hemp doesn’t contain enough of that psychoactive chemical compound to give the consumer a psychotropic effect. It is, however, rich in the cannabinoid CBD, which can be used to create medicinal products.

Besides making concrete, hemp can also be used in place of plastics. With increasing global concern about the plastics polluting our oceans, hemp could become a viable and more easily biodegradable alternative for making products — like drinking straws and single-use bags.

It will take some time for the public to understand exactly what hemp is and how it can be used, but the early returns are promising when it comes to creating sustainable products. It’s a new industry that will surely grow substantially in the not-too-distant future.

“The fact that hemp requires less inputs than other traditional crops is part of what makes it so sustainable,” McBride Stark says. “Hemp is less water-intensive and requires little to no herbicides or pesticides. Hemp also sequesters large amounts of CO2 in its cultivation. Building products, like hempcrete, continue to sequester more CO2 over its lifecycle. Growing hemp on a truly massive scale for manufacturing, along with the increased sustainability of consumer products, will have a positive impact on combating climate change.”