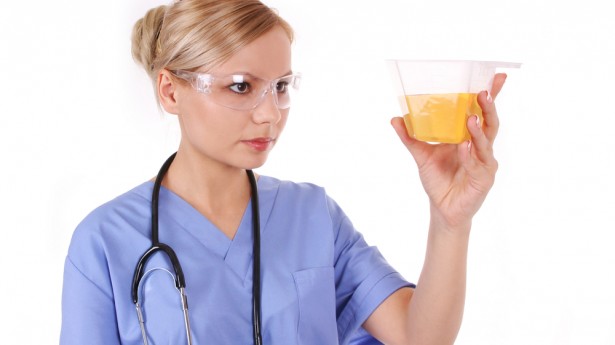 Why is marijuana illegal and how can we beat the enemies of recreational and medical marijuana?

We’re answering those important questions in this article series that exposes enemies of marijuana who profit from marijuana laws and are greatly responsible for getting hundreds of thousands of pot people arrested, fired, or otherwise attacked every year.

In this segment, we focus on the North American drug testing industry, which makes approximately $3 billion yearly testing urine, blood, and hair.

The peeheads are represented by a powerful lobbying organization, the “Drug & Alcohol Testing Industry Association (DATIA),” but don’t let the name fool you: alcohol testing is only a tiny fraction of the industry’s profits because workplace drug testing and other drug test screens focus mostly on marijuana.

Drug testing disproportionately affects marijuana users because THC metabolites and other marijuana traces stay in the body and are detectable far longer than hard drugs and alcohol.

The drug testing industry is led by Robert DuPont, a ruling-class psychiatrist who has long profited from the drug war and whose last name makes one wonder about his genetic or financial connections to one of the most notorious companies and bloodlines in the world…a company said by late marijuana activist Jack Herer to be partially responsible for Congress making cannabis illegal in 1937.

Before 1937, the cannabis plant, and marijuana as a medical and recreational substance, was legal in the United States.

Thomas Jefferson and many other American pioneers grew the cannabis plant, and at one time it was more important than cotton as a fiber crop. Medical marijuana and hashish were commonly, legally used in the 1800’s.

Herer says the DuPont Corporation in the 1930’s recognized that industrial marijuana (hemp) could be made into a better, more environmentally-friendly rival for chemicalized products such as DuPont’s then-new “nylon” fiber, which is made from petroleum.

Herer’s famous book, The Emperor Wears No Clothes, says the DuPont Corporation, which has a long history of manufacturing chemicals and other products harmful to humans and the environment, secretly lobbied Congress to make the cannabis plant illegal.

Drug testing cheerleader Robert DuPont is one of the most pernicious liars about marijuana, and one of the biggest promoters of drug testing and the use of psychiatric drugs.

In fact, he wrote an article titled “Why marijuana is the most dangerous drug.”

The article is peppered with fake “facts,” but ignores the actual fact that marijuana never killed anyone, while pharmaceutical drugs and alcohol kill tens of thousands of people per year.

To put it bluntly, Robert DuPont is a drug war whore and a profiteer in the methadone industry who now runs a drug war lobbying company with a business partner who’s a former head of the DEA.

Not only are Robert DuPont and DATIA behind the successful campaign that’s resulted in most major employers requiring employees to pee in a cup, they’re pushing for new markets by sponsoring politicians (mostly Republicans) who make drug testing mandatory for welfare recipients, probationers, the unemployed, and schoolchildren.

Drug manufacturer Hoffmann-La Roche—a corporation manufacturing pharmaceutical drugs that have far less efficacy and far more harmful side-effects than marijuana—is a major drug testing profiteer and a driving force along with DuPont and DATIA in lobbying politicians to mandate drug testing and to oppose marijuana legalization.

As usual when you look at the motivations of marijuana’s enemies, a lot of their motivation is about making money off the war on marijuana. That’s why they spend a lot of money opposing marijuana legalization.

DATIA shills for 1300 drug-test profiteer companies. DATIA, Hoffmann-La Roche, and other drug-testing companies use high-powered lobbyists and right-wing political groups such as the American Legislative Exchange Council (ALEC) to hand pre-written laws to lawmakers so more drug testing is made mandatory for more people.

The drug testing industry backs its lobbying with bribes (campaign donations) to politicians who sponsor anti-marijuana and pro-drug testing legislation.

It’s mostly Republicans who take the bribes and front for the drug-testing industry, but Democrats are also bought off by the peeheads.

In fact, President Barack Obama’s 2012 Drug Control Policy describes “drug-free workplace programs” as “beneficial for our labor force, employers, families, and communities in general,” and expresses support for developing new drug tests that are easier to administer than peeing in a cup.

The drug testing industry is constantly pushing for passage of the federal “Drug Testing Integrity Act” which has been introduced in Congress several times in the past decade, most recently by a Democrat from New York.

The proposed law would make it illegal for anyone to manufacture, sell, or advertise products that help you beat drug tests.

Fortunately, I recently discovered a new beat-the-drug-test recipe that works better than anything else on the market.

Look for the next in our Enemies of Marijuana article series for the marijuana cleansing recipe that beats drug tests, and strategies that help us defeat Robert DuPont and the multi-billion dollar drug testing industry so we are no longer forced to undergo piss testing and be persecuted because we use Nature’s best plant.