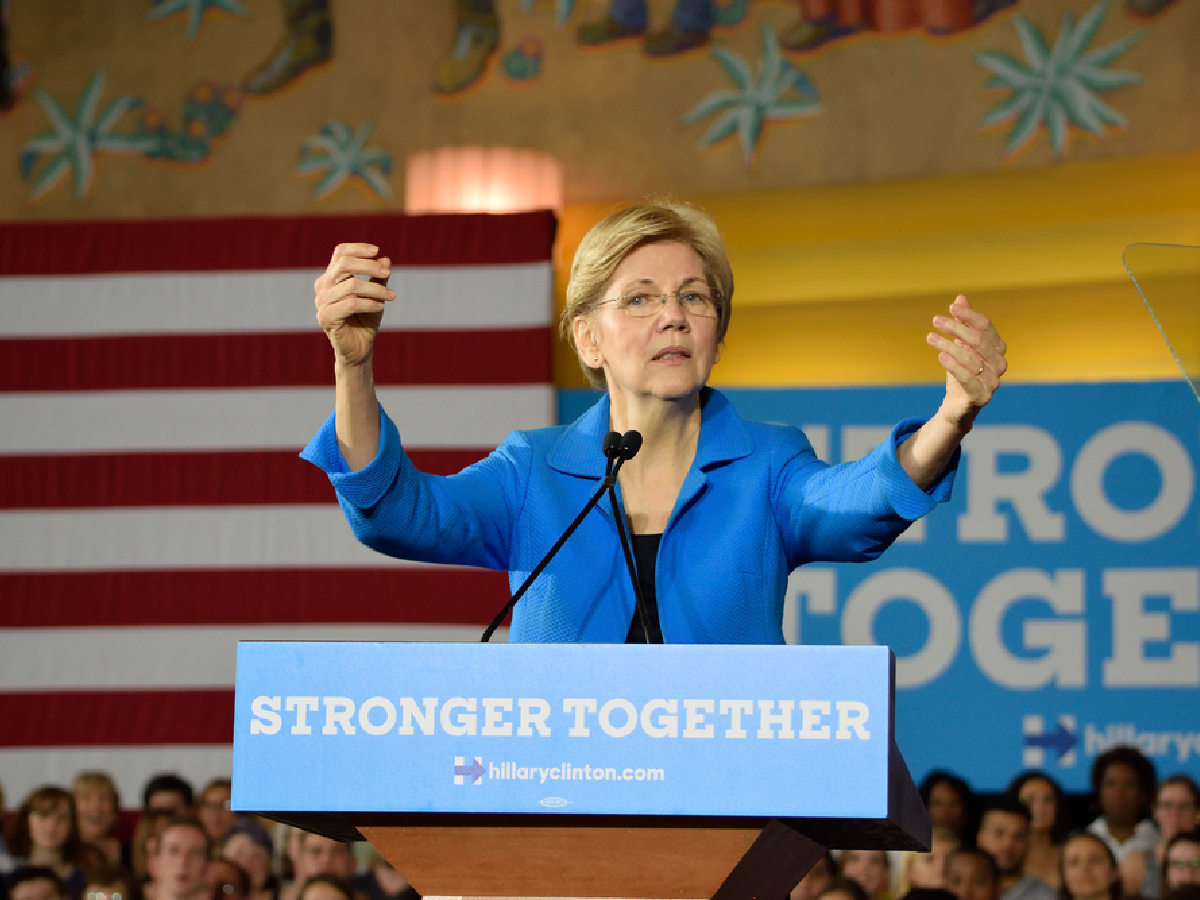 Democratic Senator Elizabeth Warren and ten of her senate colleagues sent an official letter to the U.S. Department of Justice and embattled Attorney General Jeff Sessions, telling them to keep their hands off of state-legalized marijuana laws.

And after Jeff Sessions warned that he’d enforce federal marijuana prohibition even in legalized cannabis states.

All but one of these senators (Cory Booker) are from states that have legalized recreational marijuana, and all but one are Democrats.

What’s surprising about the list is who’s not on it.

There’s no senator from California, for example, where Prop. 64 recently legalized recreational marijuana.

Vermont Senator Bernie Sanders, who has pushed for federal marijuana decriminalization, is also missing from the list of co-signers.

The letter was sent before Jeff Sessions got into trouble for lying about contacts with Russian officials during the 2016 election.

The following is a shortened version of the official letter the senators sent Jeff Sessions:

“We write to express our concern regarding recent remarks by White House Press Secretary Sean Spicer suggesting the Department of Justice (DOJ) may begin enforcement against states that have legalized marijuana, and ask that you clarify DOJ’s policy regarding state marijuana laws.

These voter-approved laws have been evaluated by Governors and state Attorneys General, rigorously debated by state legislatures and the communities they serve, and implemented through thoughtful processes to ensure the proper regulated production and sale of marijuana.

In 2013, the DOJ issued a memorandum outlining federal marijuana enforcement priorities in light of state marijuana laws (the “Cole Memorandum”).

1. The Cole Memorandum explains that where states have “strong and effective regulatory and enforcement systems to control the cultivation, distribution, sale, and production of marijuana, … enforcement of state law by state and local law enforcement and regulatory bodies should remain the primary means of addressing marijuana-related activity.”
2. This guidance has provided clarity to states and Americans on the interaction of state and federal laws regarding marijuana use and has allowed the DOJ to focus its law enforcement resources on the greatest threats to public safety and criminal justice, while allowing states to implement marijuana laws as they deem appropriate.
3. On the campaign trail, then-candidate Trump stated that despite his personal views regarding marijuana use, legalization should be left to the states. But Mr. Spicer suggested that while President Trump supports medical marijuana, there is “a big difference between that and recreational marijuana,” alleging that medical marijuana states “have set forth a process to administer and regulate” that usage. But Mr. Spicer stated the public would see “greater enforcement” of federal marijuana laws.
4. While we appreciate the Administration’s apparent recognition that state-implemented medical marijuana laws are regulated effectively, we believe the same is true of states that regulate recreational marijuana use, and those that have decriminalized use.

It is essential that states that have implemented any type of practical, effective marijuana policy receive immediate assurance from the DOJ that it will respect the ability of states to enforce thoughtful, sensible drug policies in ways that do not threaten the public’s health and safety.

This ensures that state infrastructure, including tax revenue, small businesses, and jobs can be protected.

DOJ resources can be used most effectively; and most importantly, marijuana can be properly state regulated to improve public health and safety.

We hope you solicit input from state and local officials to learn about their ongoing efforts and gain their perspectives on this matter.

As Attorney General, you have the power to determine the federal government’s law enforcement priorities, including how agency resources can be best utilized.

We believe that the Cole Memorandum provides a strong framework for effectively utilizing the DOJ’s resources and balancing the law enforcement roles of the federal government and the states.

We respectfully request that you uphold the DOJ’s existing policy regarding states that have implemented strong and effective regulations for recreational marijuana use and ask that the Cole Memorandum remain in place.

It is critical that states can continue to implement these laws under the framework of the Cole Memorandum.

In addition, we request that state and local elected officials, and public health and safety officials, be afforded an opportunity to comment on any shift in policy from that expressed in the Cole Memorandum, to avoid disruption of existing regulation and enforcement efforts.

BigBudsMag.com contacted Senator Warren’s office to find out if the Department of Justice and/or Attorney General Jeff Sessions had responded to the letter, or even acknowledge receiving it.

The answer was no.

But during a mid-March briefing, Sessions said that the Obama administration’s Cole Memorandum contained useful guidance and that the Department of Justice didn’t have the funding necessary to attack legalized cannabis states.

So maybe Sessions got the letter and paid attention to its message!