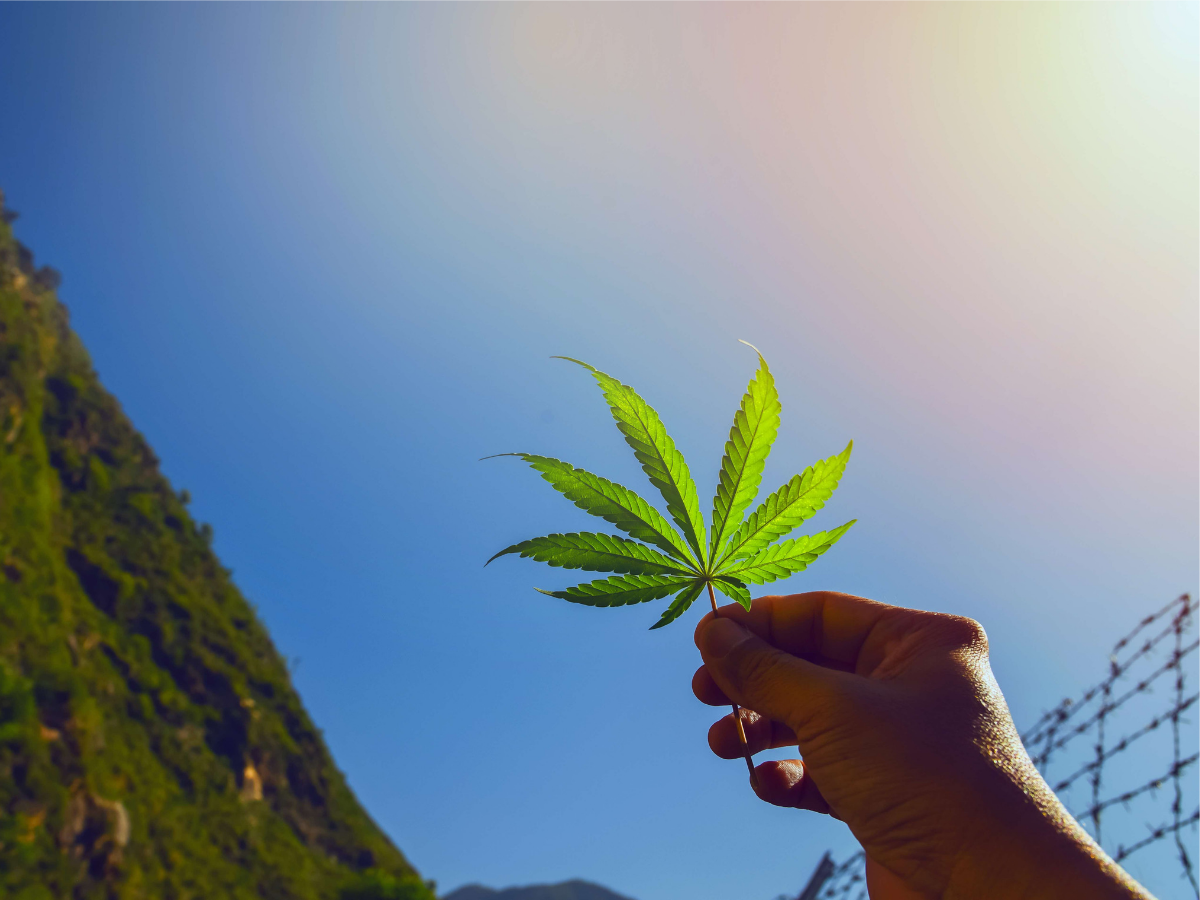 If you grow cannabis indoors or at an outdoor grow site, or run any kind of cannabusiness, effective security tactics that protect your livelihood are just as important as having kick-ass cannabis genetics and products.

With weed prices dropping due to robust competition and sweeping legalization, buds, cannabis concentrates and cash remain easy targets for thieves. Here, we’ll offer you the most reliable cannabis grow-op security tactics for black market and legal growers alike, as well as for dispensary owners and general cannabusinesses.

According to Health Canada, all key personnel at licensed cannabis production facilities are subject to a security screening. Background checks show criminal convictions, employment history, bankruptcies and general data that gives insight into the integrity and reliability of potential staff.

When I’ve been in charge of hiring guards, trimmers, transporters, cultivators and seed breeders as part of a cannabis venture, negative data I receive as the result of a background check isn’t always grounds for an automatic rejection. Everybody makes mistakes, and the candidate’s suitability ultimately depends on what kind of past mistake they made. I myself have a felony cannabis cultivation conviction. In some regions, regulations prohibit people with felony drug convictions from participating in the legal cannabis industry. If, however, a background check shows violence, fraud, theft or sexual assault, then I won’t employ that person.

Whether you’re hiring a trimming crew for a black-market harvest or budtending staff for your dispensary, it’s best to go beyond a standard security screening. If the background check doesn’t raise any red flags, I will then hang out with the applicant for an afternoon to gauge what they’re like and also request contact for their personal references.

When you’re training new employees, whether your business is a grow op, dispensary, concentrates lab or outdoor grow op, you must drill into prospective talent to never divulge to anyone that they work in the cannabis industry, unless you authorized them to do so. Loose lips sink ships. Nondisclosure agreements are essential, especially to protect trade secrets such as development of new cannabis strains and concentrates, or proprietary cultivation methods and materials.

If you don’t want to carry out the background research yourself, reach out to an established third-party company, such as Employment Screening Resources.

It’s also wise to not allow employees to carry bags or containers into or out of secure parts of your cannabis facility where plants, buds, seeds or concentrates may be housed. If staff want to bring their lunch from home, ensure they have access to a well-equipped lock-access kitchen and dining area where they can properly store and prepare their food.

You may also want to consider investing in training your crew in safe self-defense strategies, should they ever find themselves face-to-face with robbers.

If you work in a black market or licensed indoor grow op, or you work in cannabis processing or retail, you already likely have at least one set of controlled-access lockable doors protecting entrance to your site. But you need more than that. Borrowing a tactic from military strategists, it’s recommended that you set up a series of obstacles to slow down if not outright stymie potential rippers in your grow op or dispensary. These barriers may include:

In outdoor cannabis grow ops (and I’m not saying I necessarily endorse all the following tactics), growers have been known to circle their outer perimeter with bungee pits, moats, trip wires, sensors, motion-triggered cameras, thorn bushes, poison oak and fencing that can at least temporarily deter entry and alert the grower of a security breach. The most successful outdoor grow op security feature I’ve ever seen involved security personnel camping on-site.

Because of the federal limitations placed on cannabis business banking, many cannabusinesses are forced to keep large amounts of cash on their premises instead of banking it at a financial institution. With business owners having been forced to think outside the box when it comes to keeping their earnings safe, these banking limitations have led to ingenious designs for secret safes in covert stash spaces. It could be an armored alcove tucked away behind what looks like ordinary wood paneling in a wall or a ceiling. The cleverest concealed safe I ever saw in a grow op was buried in the ground in a landscaping border of the grow house and coated in fiberglass to protect it from the elements. The safe could only be accessed by moving a heavy rock and layers of wood-chip mulch. Only a thief with a metal detector who had the time to scan and dig around outside would have had a chance at finding this secure safe.

Here are some additional tips to remember in order to ensure the safety of your cannabusiness:

The best business policy is to treat people the way you want to be treated. If you pay your employees a generous wage, provide health insurance and other benefits, and give bonuses and perks for loyalty and stellar performance, then you’ll create good will and good karma that pays off in enhanced security.

This recommendation also applies to your relationships with vendors, contractors and business partners who network with your cannabis business. Treat people with kindness and respect, and if you’ve chosen your associates properly, in most cases, they’ll treat you the same way in return.

The same ethos should extend outside your grow op or cannabis dispensary. You don’t want your neighbors to endure barking security dogs, constant noise and traffic from customers, cannabis odor, or general disruptions to their life because you’re growing or selling weed next door. Neighbors who feel slighted or put upon tend to bite back. Being prudently generous, pleasant, fair and ethical without being a pushover will enhance your cannabis business security.

And your policy of being neighborly should also extend to your local ecosystem and wildlife. Outdoor growers are right to be worried about animals like deer or moles that can munch on or harm their cannabis crop. Many forms of wildlife have protections in place so that people can’t hurt or kill them, so it’s not recommended to use deadly poisons or traps to protect your crops, nor is it advisable to rip up the habitat zone your garden is located in. However, while not causing garden invaders any harm, using scare tactics like noise machines, motion detector lighting or spraying predator urine to frighten them away will often do the trick.

We’re all so dependent on devices that transmit information over the internet, like computers and smartphones, that it’s difficult to live without them. They are, however, a massive security risk.

Thanks to National Security Agency whistleblower Edward Snowden, we now know that domestic spy agencies and law enforcement can monitor our electronic communications in real time. Intelligence agencies can data mine our emails, hunting for trigger words like “drugs.” Police can even use your cellphone as a tracking and surveillance device without you even knowing it. If you have a battery in your handheld device, whether the device is powered on or off, it can be used by police to listen to your conversations and track your location. The best policy is for cannabis workers to remove batteries from their phones or leave their phones in their vehicle during the work day.

All the usual cybersecurity procedures utilized by financial institutions, health care providers and online retailers to prevent malware, keystroke monitoring and hacking must also be implemented. You can go a step further by hiring a security specialist to sweep your premises for on-site devices that are being directed to monitor you from off-site.

In the era of YouTube and social media oversharing, people tend to divulge way too many secrets online. I know of a grower who was busted because they posted what they thought were anonymous photos of their crop. What they failed to realize is that those same photos may reveal recognizable location features, or contain embedded metadata information that reveals the identity of the grower and/or the location of the grow op.

Whenever you’re promoting your cannabis business online or elsewhere in public, be careful to not give away your location or identity details of people involved with the cannabusiness.

Using the cannabis security tips outlined here, you’ll be taking a step in the right direction to prevent theft from diminishing your business. It’s not easy to be security conscious. You might even feel it’s a downer to always be skeptical and suspicious of other people. But if you want to keep your business safe, then being security conscious is the right thing to do. Prepare for the worst, hope for the best.