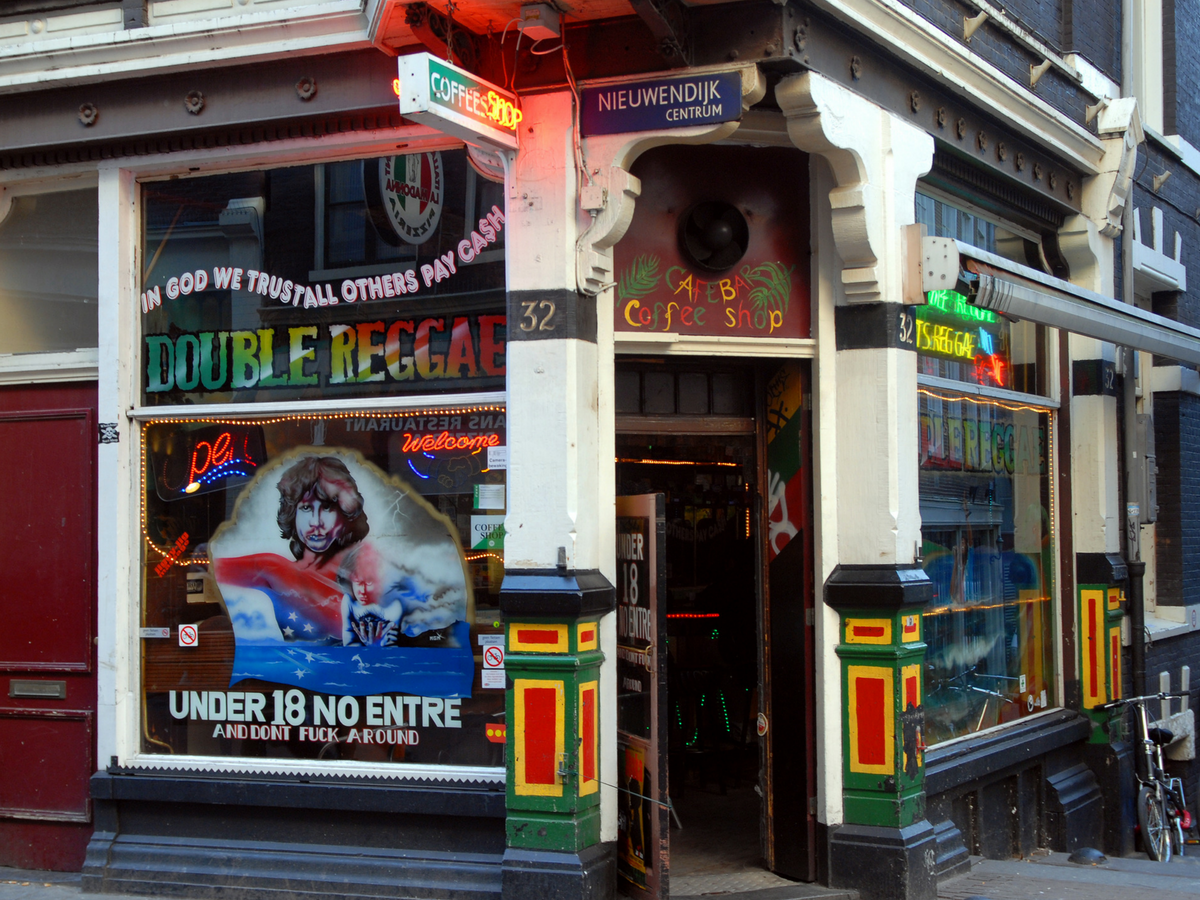 Under the proposed new laws, the Dutch government will supply cannabis to the famed coffee shops. © Derrick Bergman
By Derrick Bergman | Published: November 6, 2017

The new government of the Netherlands will begin experiments with regulated cannabis production for coffee shops in as many as 10 districts. The plan marks a fundamental move toward legalization, following two decades of perpetually repressive cannabis policies in the northwestern Europe country.
This new Dutch coalition is an unlikely combination of four parties, including two Christian groups: the conservative-liberal People’s Party for Freedom and Democracy, commonly known as VVD, and helmed by Prime Minister Mark Rutte; the progressive Democrats 66, or D66; the moderate Christian Democratic Appeal (CDA); and the far more conservative Christian Union.

It’s thanks to D66 that the so-called backdoor paradox of the Netherlands’ cannabis policy is now finally being addressed. The paradox is that the world-renowned coffee shops sell cannabis and allow people to consume weed on their premises, but any production, cultivation or wholesale of cannabis and cannabis products is strictly prohibited nationwide. Indeed, coffee shop owners like to say that the cannabis they sell “falls out of the sky everyday.”

In a bid to skirt current regulation, Netherlands coffee shop owners like to say that the cannabis they sell “falls out of the sky everyday.” © Derrick Bergman

For many years the largely liberal D66 has backed cannabis legalization. In February the party managed to get a majority of the Dutch parliament behind its proposed law to regulate growing, transport and sale of weed for coffee shops. But there’s one catch: The Senate has yet to approve the proposal, and there’s no majority for it there.

During the seven months it took to form the new coalition government, the cannabis community kept up hopes that D66 would not cave to the Christian parties that have for years been blocking progress. The long wait came to an end on October 10, when the 60-page coalition agreement Confidence in the Future was published.

The paragraph about cannabis policy is only three sentences long, but marks a historical breakthrough:

The government will introduce legislation, if possible within six months, on uniform experiments with tolerated cultivation of cannabis plants for recreational use. The experiments will be carried out in six to ten large and medium-sized municipalities, with the aim of determining whether and how controlled cannabis can be legally supplied to coffee shops and what the effects of this would be. After these experiments have been independently evaluated, the government will consider what action to take.

To put this in perspective, there are 388 municipalities in the Netherlands, of which 103 have one or more cannabis coffee shops. The total number of coffee shops has steadily declined, from more than 1500 in the ’90s to just 573 in 2016, according to the latest figures.

But more important than the limited scale of the experiment is the departure from past policy it constitutes. For decades, Dutch governments have claimed that international drug treaties prevented them from implementing any kind of regulation for cannabis production. With legalization now sweeping the world, that argument has become highly debatable.

The Dutch government’s plan has met with positive responses. Within three weeks, 27 cities and towns have stated they want to take part in the experiment. The coffee shop industry has reacted with cautious optimism. Joachim Helms, chairman of coffee shop union National Bond for Cannabis Detaillists (BCD), said the plan signals an end to the “bizarre situation we’ve been in for decades.”

“[Right] now somebody who buys weed does not know what’s actually in that bag,” Helms told Dutch newspaper NRC Handelsblad.

Details of the planned experiments have yet to be worked out, leading to all kinds of rumors and speculation. One such rumor suggests that a single Dutch company will grow 140 different strains and cater to all the cities that will take part in the policy. However, one thing is certain: A lot of folks are trying to get in on the action, including Canadian companies Canopy Growth and Tilray.

Cannabis activists have welcomed the initiative, but emphasized they mark only a first and tentative step. The union for the abolition of cannabis prohibition, locally known as VOC, stated in a press release:

Crucial to the success of the planned local experiments are variety and diversity: a sufficient number of growers and a wide variety of strains. The VOC has always advocated using the existing expertise and experience of growers. We regret the fact that the small home grower is absent from the plans. Almost daily, police are raiding citizens who grow a small number of plants for personal use. Housing associations and mayors routinely evict small homegrowers from their houses without the court’s intervention. This must stop immediately.

The two national Dutch coffee shop unions, BCD and Platform Cannabis Companies (PCN), have teamed up under the banner of Cannabis Connect, a collective of cannabis entrepreneurs who offer a platform for information and insights to positively affect government policy, and to unite coffee shops to have a stronger voice in the process toward legalization.

PCN spokesperson Wouter van Egmond told Dutch TV, “What’s important to us, the industry, is that the customer is the starting point. If we would get weak state cannabis, to call it that, in the coffee shops, the customers won’t buy it. So it’s very important to involve the industry, that has 40 years of expertise and experience with both the consumers and the products, in the whole legalization process.”

Van Egmond also runs Coffeeshop Xpresso, the only coffee shop in Zwijndrecht, a town of 45,000 inhabitants about 60 miles from Amsterdam. The chances of this town taking part in the government cannabis regulation trials are high. Mayor of Zwijndrecht Dominic Schrijer has been a vocal supporter of regulation and works closely with Xpresso.

“The stuff has to be cultivated somewhere,” Schrijer has said, “so let’s do it under surveillance, somewhere in a large greenhouse complex, where there’s the know-how and knowledge and where it’s safe.”

The Taxman Cometh for California’s New Legal Market, Which Could Turn Black Again Come 2018
Vapor Trail: Using Vape Temperatures To Get The Best Out Of Your Cannabinoids & Terpenoids