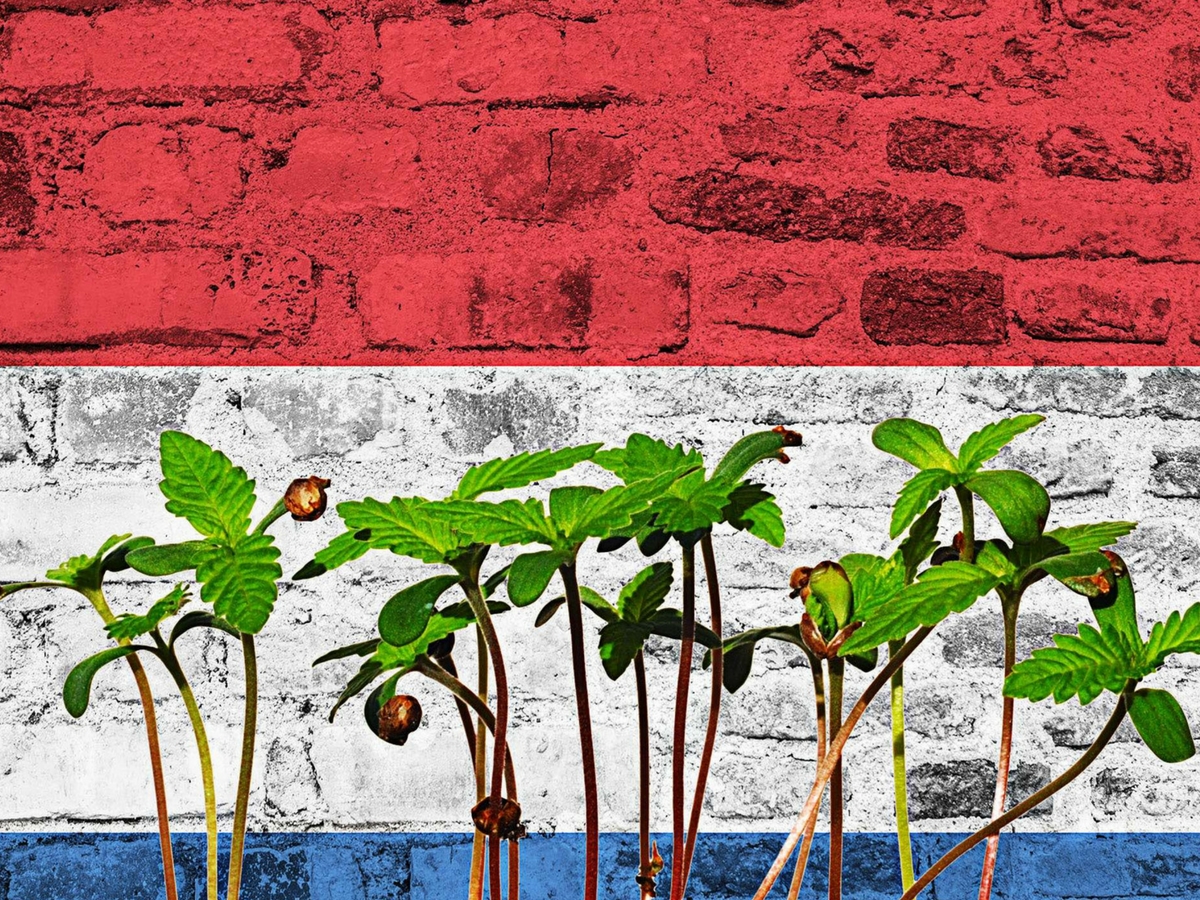 Although the number of indoor cannabis grow operations raided by Dutch police has decreased four years in a row, electricity companies claim that the actual number of grow ops has remained the same. So, what is really going on in the Netherlands?

The cannabis policy in the Dutch nation contains more than one paradox — the biggest and most harmful one being the so-called backdoor paradox. Netherland cannabis legislation allows coffee shops to sell small quantities of marijuana to adult customers, but any kind of production or wholesale of cannabis is forbidden. This means that all 573 coffee shops that currently operate in the Netherlands have to rely on illegal producers, who in turn have to hide their grow ops at all times.

After decades of political stalemate, the Dutch government is finally addressing the backdoor paradox by planning experiments, with heavily regulated production for the coffee shops allowed in a small number of cities. This is seen as an attempt by the government to trial licensed marijuana cultivation in an effort to take the plant out of the hands of the criminal gangs that operate in the Netherlands.

Meanwhile, until things really change, Dutch police continue to hunt down indoor growers of any operation size. According to Dutch newspaper NRC Handelsblad, law enforcement in Rotterdam called dismantling cannabis grow operations “as important as ever.” But this job is getting more difficult, or so it seems.

In January, electricity network operator Stedin published figures representing the number of raided grow operations that stole electricity. Stedin operates the electricity grid in a number of large Dutch cities, including Rotterdam, the Hague and Utrecht. In a press release, Stedin stated:

Grid operator Stedin sees the number of hemp nurseries rolled back. In 2017 Stedin discovered together with the police and municipalities 981 nurseries in South Holland and Utrecht. 22% less than the previous year. Stedin does not have the impression that there are actually fewer hemp nurseries. The network operator therefore emphasizes the necessity for municipalities, police and network operators to continue to cooperate intensively to stop illegal farms.

“Organized crime is becoming more and more innovative in hiding hemp farms,” Barthjeu Ammerlaan, manager of Stedin’s fraud department, states in the press release. “Deeply hidden away in cellars of houses with masked ventilation, it is extremely difficult to find [these cultivation sites].”

Local Dutch TV station RTV Rijnmond reported the news, with a headline that must have confused some readers: “Bad sign: the number of hemp nurseries found decreases,” with the reporter writing that “criminals also have more and more professional items to hide nurseries.”

Stedin spokesperson Koen de Lange often joins the police anti-cannabis task force on their raids. According to NRC Handelsblad, de Lange says of marijuana grow ops, “We see that more and more professional work is being done. For example, [growers] build a nursery in an insulation tent, which they set up indoors. Plantations are then less easily detectable from the outside with heat cameras, and the musty smell can not spread as well. That smell is also controlled with carbon filters in ventilation systems.”

A rather laughable example, if you take into account that grow tents and other equipment are readily available through the internet in the Netherlands via huge online retail companies like Bol.com. These tents have been popular for years, especially with home growers who cultivate for personal use.

Nobody knows for sure how many people grow their own weed in the Netherlands, just as the total number of commercial grow operations can only be guessed at. What we do know of, however, is the exact number of cannabis grow ops raided by the police in the Dutch nation. These are the figures of the last four years:

The number is clearly going down, but the causes of this trend remain difficult to determine. Grid operators like Stedin simply reason that the total amount of stolen electricity is largely unchanged, so the number of illegal growers must have also remained the same. They don’t mention the fact that weed growers aren’t the only people who steal electricity.

Stedin also leaves out the information that it’s not uncommon for the company’s own workers to “help out” cannabis growers in exchange for a nice under-the-table cash bonus. Undoubtedly, some growers have relocated to more remote corners of the Netherlands that have smaller police forces. Some growers have moved as far afield as Spain — but as long as repression and prohibition of the plant keeps retail prices high, there will always be new growers ready to take the place of deserting growers.

Obviously, prohibition logic is at play here. The ban on cultivation inevitably leads to an endless cat-and-mouse game between growers and the law, in which the smart, savvy grower will always be at least one step ahead of police.

The Dutch should be well aware of this prohibition logic. Indeed, Baruch Spinoza, one of the most important Dutch philosophers of all time, nailed it in his final book, Ethica Ordine Geometrico Demonstrata (The Ethics), published after his death in 1677. Mind you, this was before the word “drugs” came into popular usage in the modern sense of the word.

An excerpt of Spinoza’s work was reprinted as part of a full-page ad advocating for cannabis legalization and published in British newspaper The Times, in 1967. The ad was signed by a long list of celebrities, including The Beatles, and was titled, “The law against marijuana is immoral in principle and unworkable in practice.” Here’s the Spinoza excerpt that was used in the ad:

All laws which can be violated without doing anyone any injury are laughed at. Nay, so far are they from doing anything to control the desires and passions of man that, on the contrary, they direct and incite men’s thoughts toward these very objects; for we always strive toward what is forbidden and desire the things we are not allowed to have. And men of leisure are never deficient in the ingenuity needed to enable them to outwit laws framed to regulate things which cannot be entirely forbidden. … He who tries to determine everything by law will foment crime rather than lessen it.

Harvest Bloom: How To Harvest Your Marijuana To Get Multiple Highs From The Same Bud
Here’s Why Only 1% of California Growers Have Obtained A License to Grow